NO PLEASURE CAN EXCEED THE SMOKING OF THE WEED

Ken Edward had this cool Woodgate & Co., Club House Gin bottle at the Downieville Bottle Show this past weekend. Ken let me photograph it (see above) while I said I would try to track down some information. Apparently some shards and a few complete examples have been found on the west coast while another example, and maybe more, were found in the New York area. 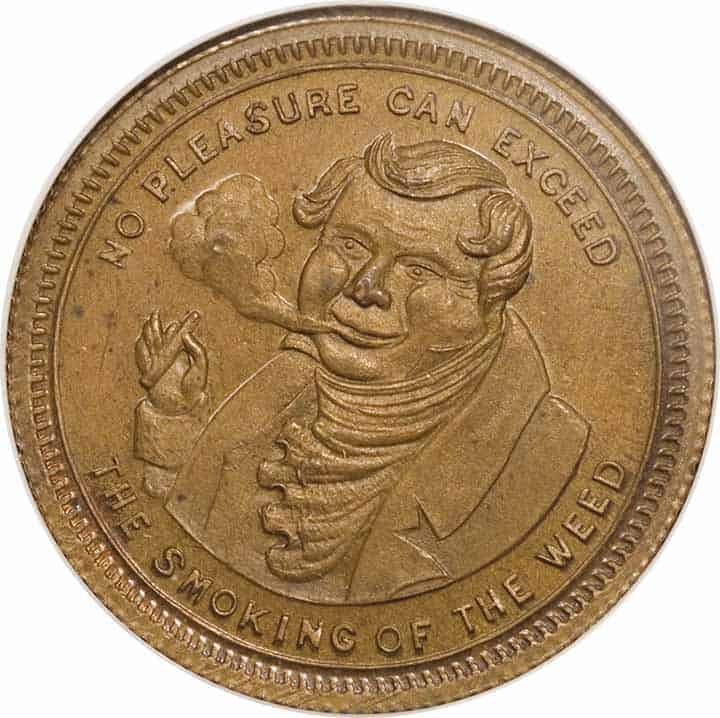 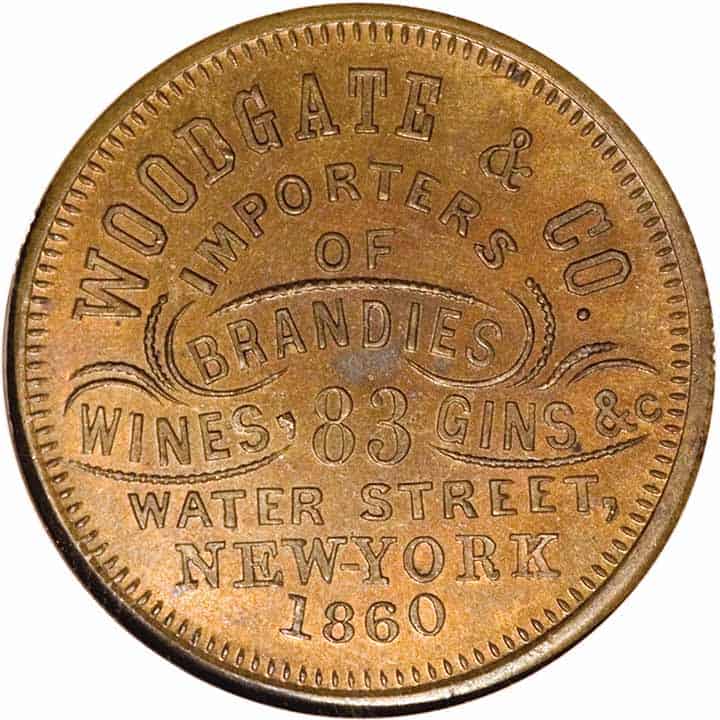 If we look at New York City from around 1857 – 1860 or so, we find a Woodgate & Company on 83 Water Street who were importers of brandies, wines, and gins. They were obviously in to tobacco too judging from the puffing gentleman. An advertising token supports this information (see above). Previously, in 1852, there was a Woodgate & Roome who were wholesale wine and liquor dealers, and importers located at 46 Vesey according to a New York City Directory. So we can lean towards New York City as the primary source of this bottle. This looks like we are talking about John H. Woodgate who was born about 1802 in England and was listed as a grocer as early as 1835 in New York City.

There is also another similar Western gin embossed Woodgate & Co. Clubhouse Gin. I dug one with a few friends about 3 or 4 years ago in the bay area, and know of two other diggers that dug about 6 broken and damaged examples, 1 mint. I can only account for two mint examples, and 3 intact examples…2 of those have big lip chips and the other a blown out hole in the corner. I will try to post a picture of the example I have later in the week…. – J.F. Cutter Extra (Western Bitters News) 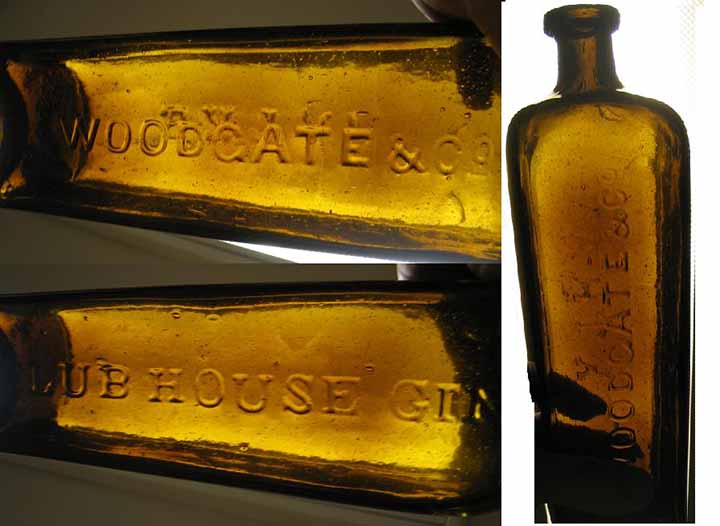 We dug this last week and are trying to put an approximate value on it for the split. I am guessing it is from NY – Antique-Bottles.net

Ferdinand Meyer V is a native of Baltimore, Maryland and has a BFA in Fine Art and Graphic Design from the Kansas City Art Institute and School of Design. Ferdinand is the founding Principal of FMG Design, a nationally recognized design consultation firm. Ferdinand is a passionate collector of American historical glass specializing in bitters bottles, color runs and related classic figural bottles. He is married to Elizabeth Jane Meyer and lives in Houston, Texas with their daughter and three wonderful grandchildren. The Meyers are also very involved in Quarter Horses, antiques and early United States postage stamps. Ferdinand is the past 6-year President of the Federation of Historical Bottle Collectors and is one of the founding members of the FOHBC Virtual Museum.
View all posts by Ferdinand Meyer V →
This entry was posted in Advertising, Bitters, Digging and Finding, Ephemera, Gin, History, Liquor Merchant, Tobacco, Wine & Champagne and tagged Brandy, clubhouse, Downieville, Edward, Gin, New York, Roome, Wine, Woodgate. Bookmark the permalink.