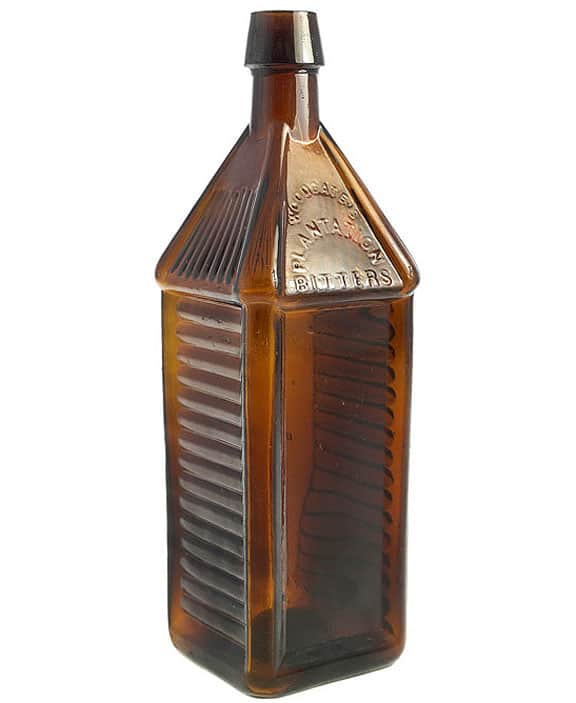 Why yes, I have written about the extremely rare, Woodgate’s Plantation Bitters before, but ahah, now I possess the fourth known example which sits proudly on one of my shelves. This is a tough one to get folks. Two known examples are in amber and two are in an extraordinary olive yellow coloration. Now I am curious about the brand history. 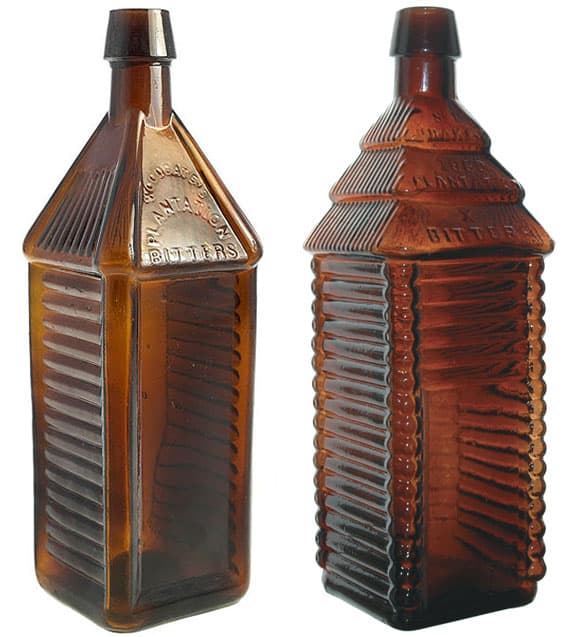 And guess what, there is absolutely NOTHING I can find on the Woodgate’s which gets jumbled in with the Drake’s Plantation Bitters which is pictured above for comparison. Obvious similarities yet big differences. 100 to 1 odds that the Woodgate’s was tailgating or piggy-backing on the Drake’s success. What is puzzling and mysterious about the Woodgate’s, is that there is no advertising, no directory listings, no labeled example etc. Only some sparse clues…

1.) The Drake’s was made by Whitney Glass Works in Glassboro, New Jersey.

2.) Woodgate’s Example #3: This was a new find to the market in the spring/summer of 2011, coming out of a home in Northern New Jersey. The irony of it, is that the consignor of this bottle found one of the other two, 40-years ago! (This is what I call the Knock – Knock bottle). I am trying to track down Jim Hagenbuch to expand on this.

3.) Woodgate’s Example #2: The extraordinary yellow olive example is ex. Carlyn Ring who purchased it from Mark Vuono’s father (Charles Vuono) in the very early ’80s and then sold it to Jim Hagenbuch when he purchased the Ring collection. Jim kept the bottle all these years in his collection and I got it from him last year – Sandor Fuss.

4.) If memory serves correct, Woodgate’s Example #1 is in the Ted Krist collection and is also yellow olive.

5.) Why did Carlyn Ring and Bill Ham only list the bottle in amber?

*Examples are numbered by appearance in collections

*Suggest Bill Ham add apostrophe in WOODGATE’S and Yellow olive as color in next edition of Bitters Bottles Supplement. 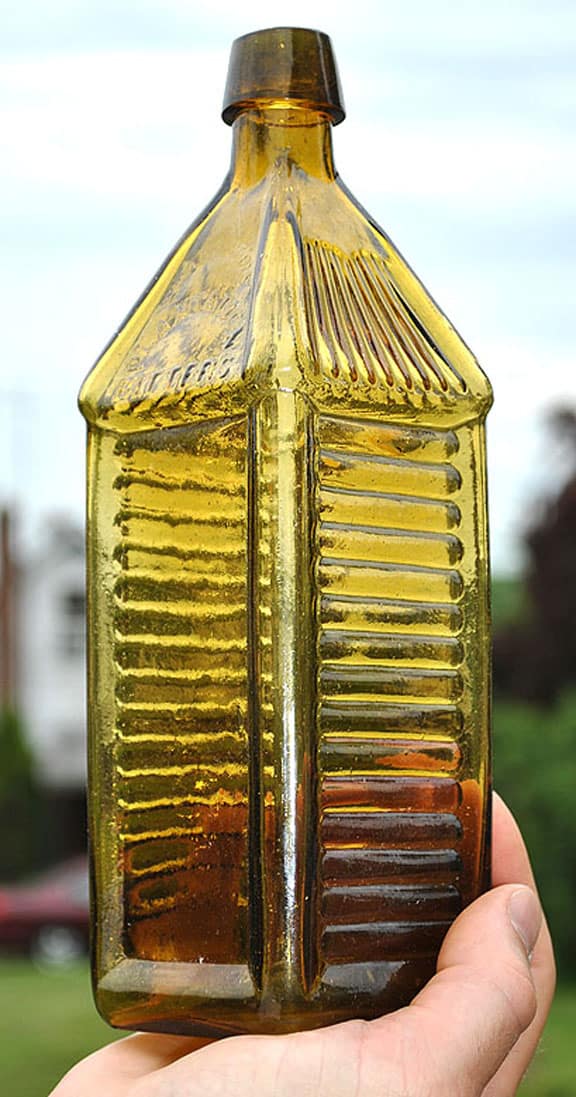 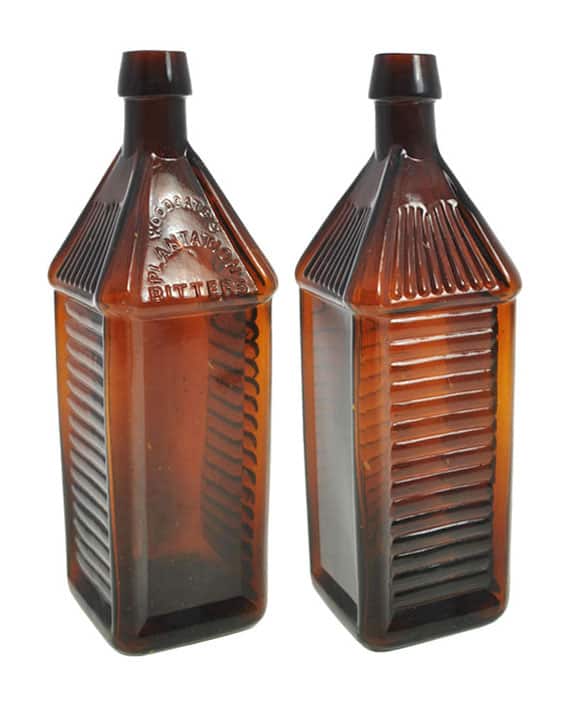 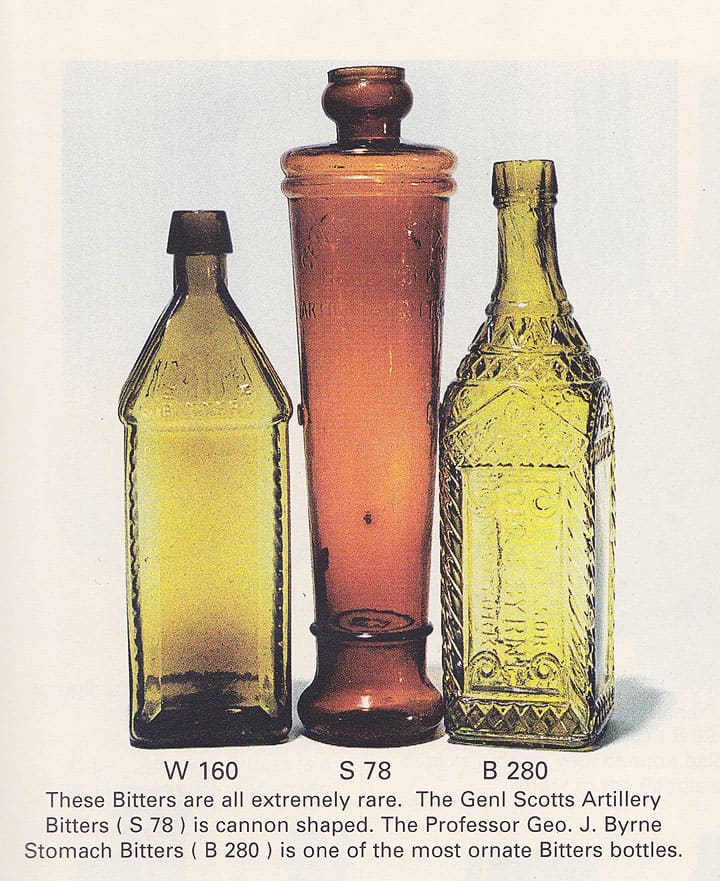 Color Plate from Bitters Bottles by Carlyn Ring and W.C. Ham. The Woodgate’s Plantation Bitters (Example #2) is pictured on the left. Oddly enough it is not called out by name in the image caption. 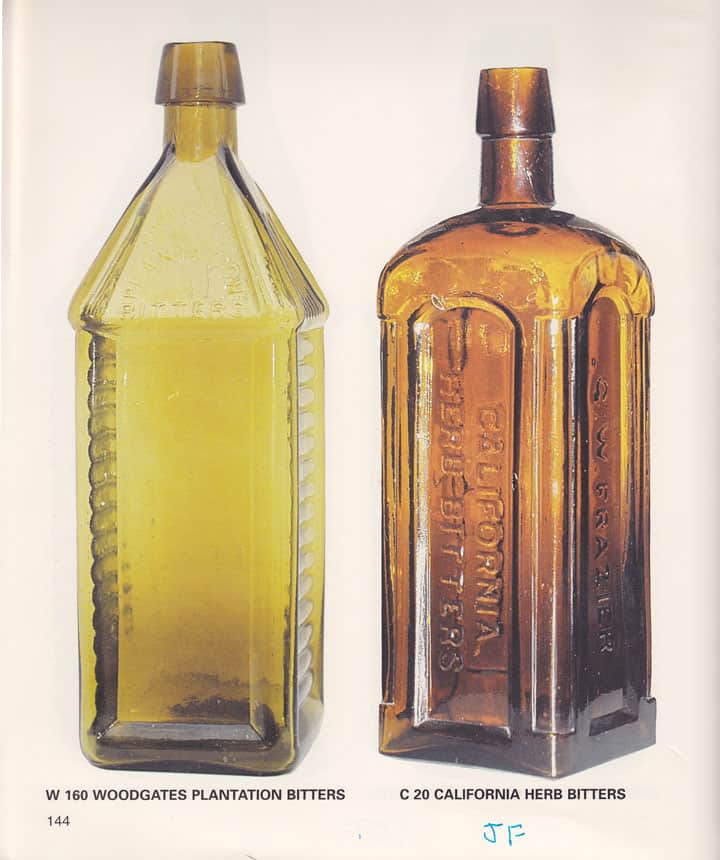 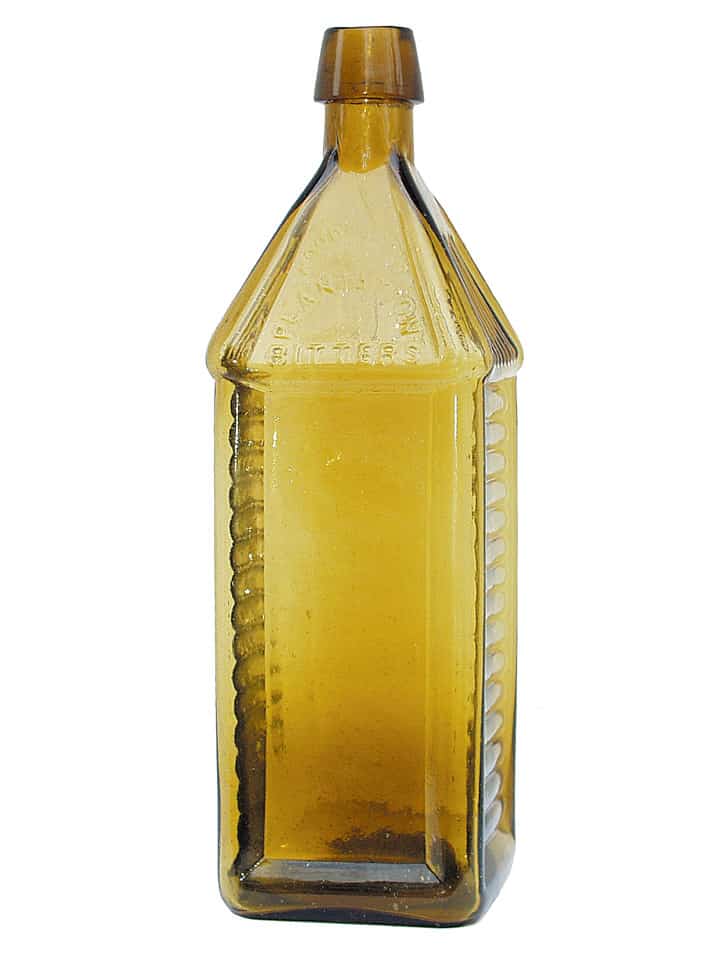 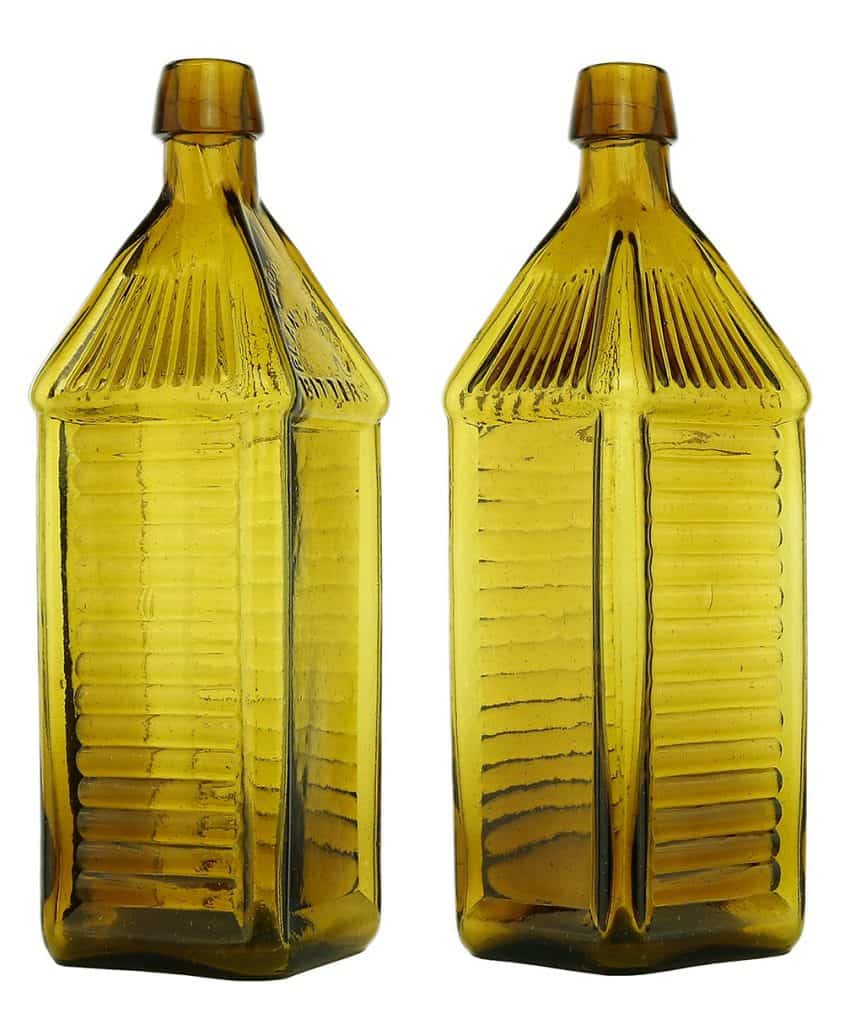 The extremely rare, and unique in color Woodgate’s Plantation Bitters from the Sandor P. Fuss collection. From thirty-six (36) rotational photos by Alan DeMaison for the FOHBC Virtual Museum project.

Ferdinand Meyer V is a native of Baltimore, Maryland and has a BFA in Fine Art and Graphic Design from the Kansas City Art Institute and School of Design. Ferdinand is the founding Principal of FMG Design, a nationally recognized design consultation firm. Ferdinand is a passionate collector of American historical glass specializing in bitters bottles, color runs and related classic figural bottles. He is married to Elizabeth Jane Meyer and lives in Houston, Texas with their daughter and three wonderful grandchildren. The Meyers are also very involved in Quarter Horses, antiques and early United States postage stamps. Ferdinand is the past 6-year President of the Federation of Historical Bottle Collectors and is one of the founding members of the FOHBC Virtual Museum.
View all posts by Ferdinand Meyer V →
This entry was posted in Auction News, Bitters, Collectors & Collections, Figural Bottles, Questions and tagged Fuss, Krist, Meyer, Woodgate's Plantation Bitters. Bookmark the permalink.

3 Responses to The Mystery surrounding the Woodgate’s Plantation Bitters