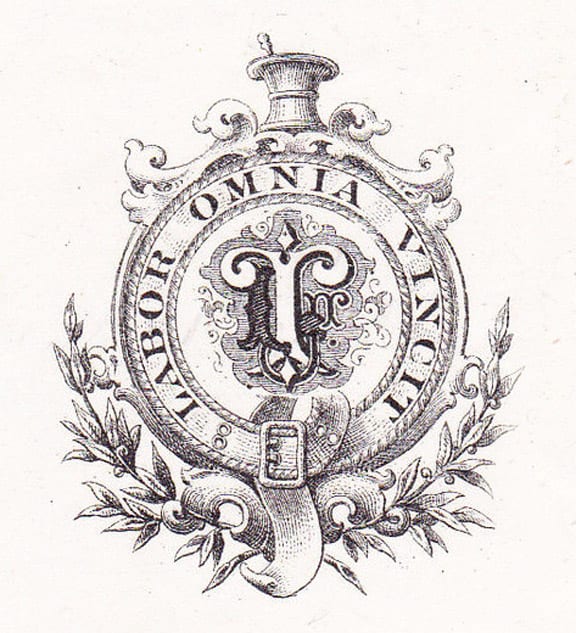 For a severe attack of Billiousness, one Triplex Pill taken every other night for two or three nights followed by a glass of Bitters before breakfast the next morning is a sure cure.

Marianne Dow sent me some information and a link to the March 12, 1866 Halifax Morning Sun for Dr. Gardiners Compound. On this page I saw two other advertisements. One for a Dr. Warren’s Bilious Bitters and one for a Calmon’s Tonic Billious Bitters. The Calmon’s appears to be unlisted in Bitters Bottles and Bitters Bottles Supplement and is the subject of this post.

No person should go to sea without a good supply of this valuable remedy.

Levi Tower, Jr. advertised this brand and was born and educated at Cohasset, Massachusetts, but served his apprenticeship with J. T. Brown & Co., Washington and Bedford streets, Boston. This firm at the time conducted one of the leading pharmacies of Boston. Later Mr. Tower established himself under the Commonwealth Hotel (pictured below) at the corner of Washington and Worcester streets.

In 1879 he opened a pharmacy in the Back Bay district, at the corner of Boylston and Clarendon streets, and five years later established, with John G. Godding, the firm of J. G. Godding & Co. He retired from business in 1899.

For thirty years, Mr Tower was a member of the American Pharmaceutical Association, from which he resigned in 1890. He was also a life member of the Massachusetts College of Pharmacy. He was a far-sighted business man, kindly in disposition, modest and retiring, and of sterling character [Druggists Circular, 1913] 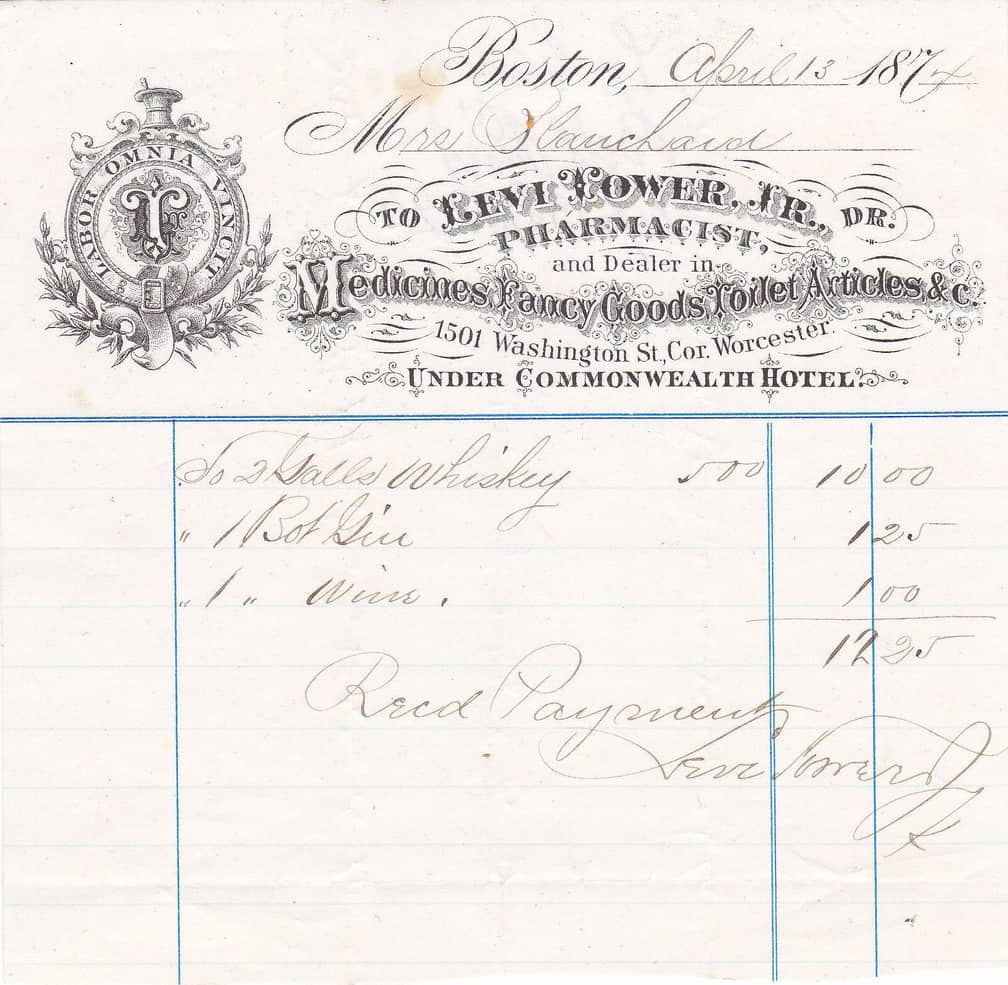 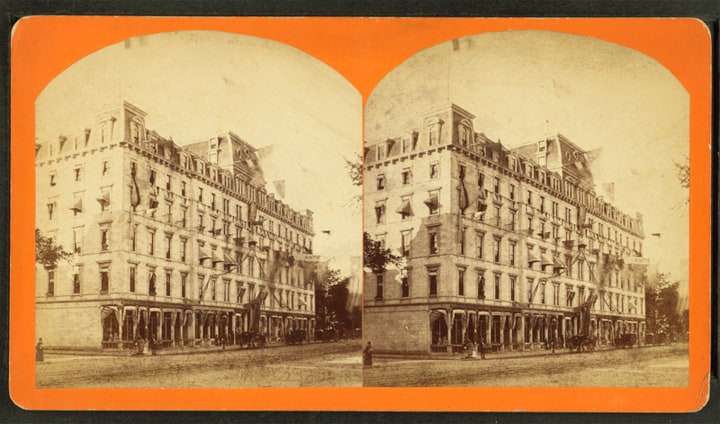 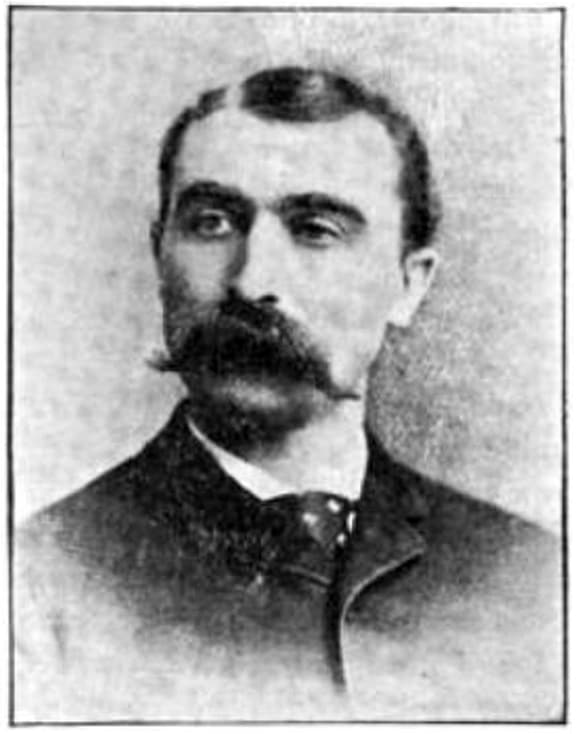 1879: In 1879, Levi Tower opened a pharmacy in the Back Bay district, at the corner of Boylston and Clarendon streets, and five years later established, with John G. Godding, the firm of J. G. Godding & Co., Druggists Circular, 1913

Ferdinand Meyer V is a native of Baltimore, Maryland and has a BFA in Fine Art and Graphic Design from the Kansas City Art Institute and School of Design. Ferdinand is the founding Principal of FMG Design, a nationally recognized design consultation firm. Ferdinand is a passionate collector of American historical glass specializing in bitters bottles, color runs and related classic figural bottles. He is married to Elizabeth Jane Meyer and lives in Houston, Texas with their daughter and three wonderful grandchildren. The Meyers are also very involved in Quarter Horses, antiques and early United States postage stamps. Ferdinand is the past 6-year President of the Federation of Historical Bottle Collectors and is one of the founding members of the FOHBC Virtual Museum.
View all posts by Ferdinand Meyer V →
This entry was posted in Advertising, Apothecary, Bitters, Druggist & Drugstore, History, Medicines & Cures, Remedy, Tonics and tagged Apothecary, Billious, bitters, Boston, Calmon, Cohasset, Commonwealth, J. T. Brown & Co., John G. Godding, Levi Tower Jr., Massachusetts, pharmacy, Tonic, Whipple. Bookmark the permalink.