Could this be the same Dr. M. Perl from New Orleans? 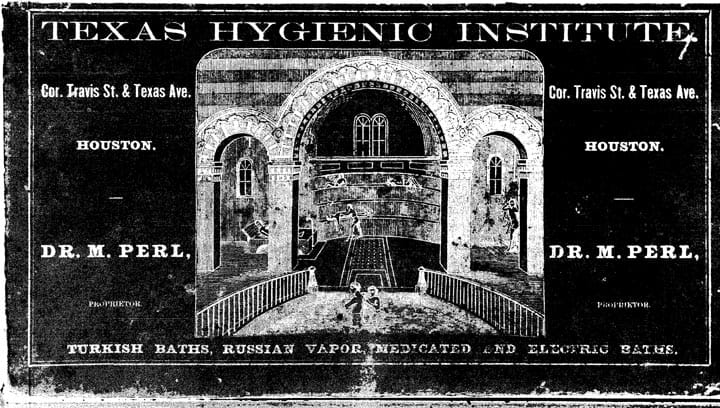 Could this be the same Dr. M. Perl from New Orleans?

To this bitters collector, the name Dr. M. Perl from New Orleans is rather familiar as I possess three outstanding squares with his name embossed prominently. This includes the Peruvian Bark Bitters (P 70 and P 70.5) and the Stonewall Jackson Bitters (all pictured below). 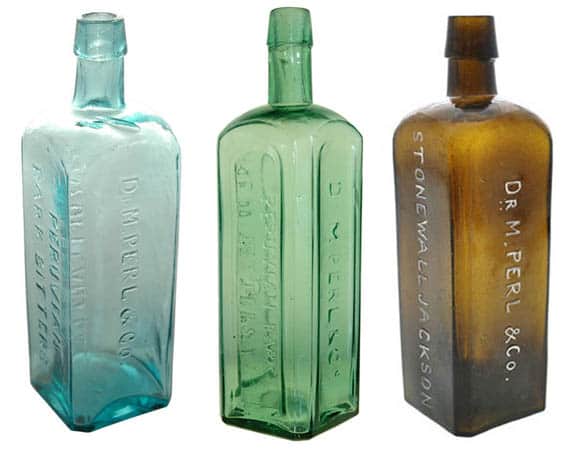 You can imagine my surprise when I came across the above, full page, Dr. M. Perl, Texas Hygienic Institute advertisement placed within the front and back covers of an 1873 Houston City Directory. Huh, what is he doing in Houston? Is this the same Dr. M. Perl from New Orleans? If so, how was he in two places at once; making bitters in New Orleans and offering Turkish Baths, Russian Vapor and Medicated and Electric Baths in Houston? Yipes, Electrics Baths, that sounds scary!

According to biographical information on Texas physicians in the McGovern Research Center in Houston, Dr. Michael Perl was born on September 1, 1835 in Vienna, Austria. He attended the Royal Hungarian Medical School, Pesth in Hungary, graduating in 1862. Dr. M. Perl next shows up very briefly operating a drug store and chemical laboratory in New Orleans in 1867-8. This is when he put out his bitters products. His business seems to have disappeared after that and he shows up next in Houston, that is, if this is the same Dr. M. Perl. One report has him coming to Houston from Mexico in 1866 which does not make sense.

Dr. M. Perl was a very successful businessman in Houston who advertised heavily during the last twenty years of the 19th century for his healthful baths. He also had a patent for an Insect Destroyer (see below). He died on January 2, 1895.

So, is this the same Dr. Perl? I would say with an 80% degree a certainty, that is is. The spelling of the name ‘Perl’, the timeline (see below) and the proximity of Houston to New Orleans leads me to believe this. This does raise more questions like how could he just ‘appear’ and put out these bitters for a year or two in New Orleans, disappear, and show up in Houston doing something related but with no ‘bitters’ products? The monogram ‘S.A.M’ on the revenue stamp is also puzzling.

Those are some nice bottles that Perl produced while he was in New Orleans. I was not familiar with Perl until I read your post. It got my curiosity up and I checked him out online. As you note, he was born in Vienna, Austria, in 1835, and came to America, arriving in New York in 1864. I am not sure where he was during the next few year but he did end up in New Orleans by 1866. Perl was a really prolific medicine manufacturer their until he left for Houston about 1869.

I suspect the reason he left New Orleans was because of his wife, Mary J. Allen, who had deep roots in Houston, where her parents lived. In fact, her grandparents, Rowland and Sarah Chapman Allen died there in 1843 and 1841, respectively. Findagrave.com documents a number of the Allen family as well as the Perls, in adjacent family plots at Glenwood Cemetery in Houston.

Michael Perl’s medicine production in New Orleans is fairly well documented. Attached is a screen shot of one of my data bases showing some of this activity. He produced no less than eight medical products in two years and registered copyrights for them. He also patented a medicine there which was actually the formula for his Peruvian Bark Bitters. 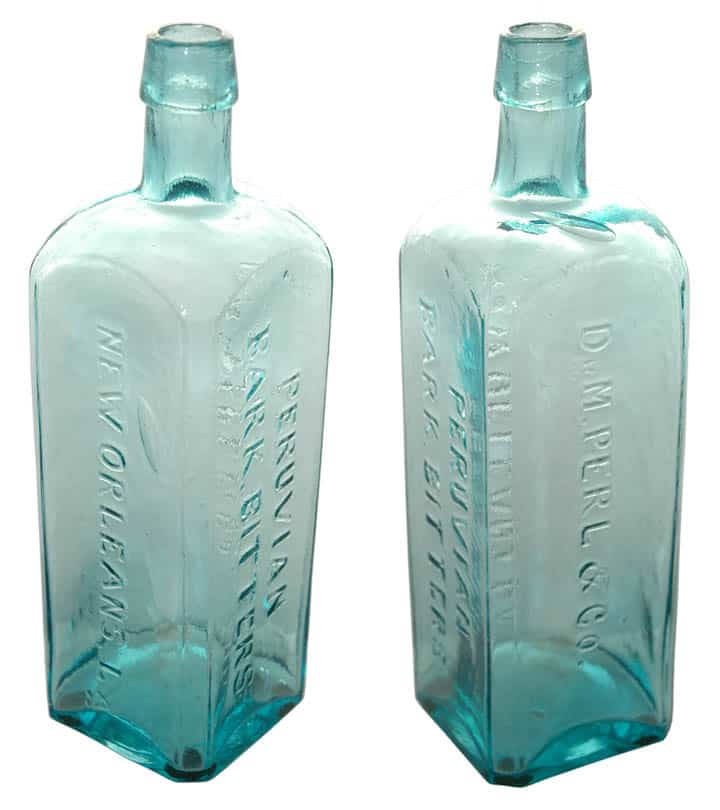 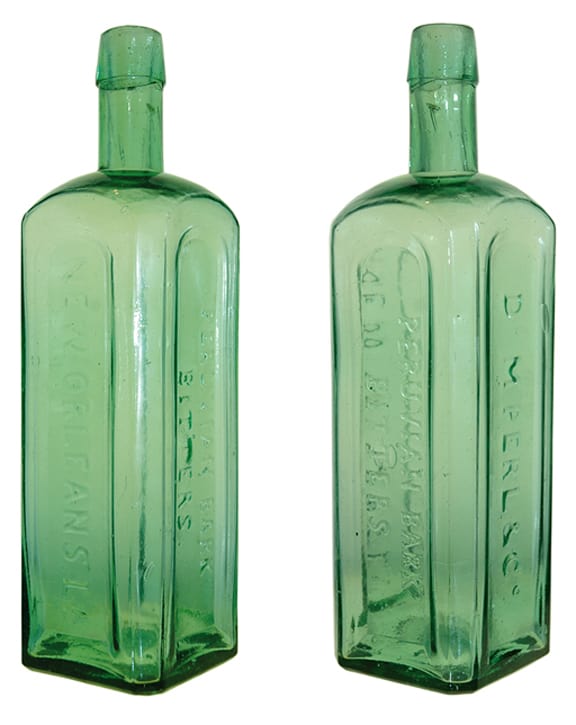 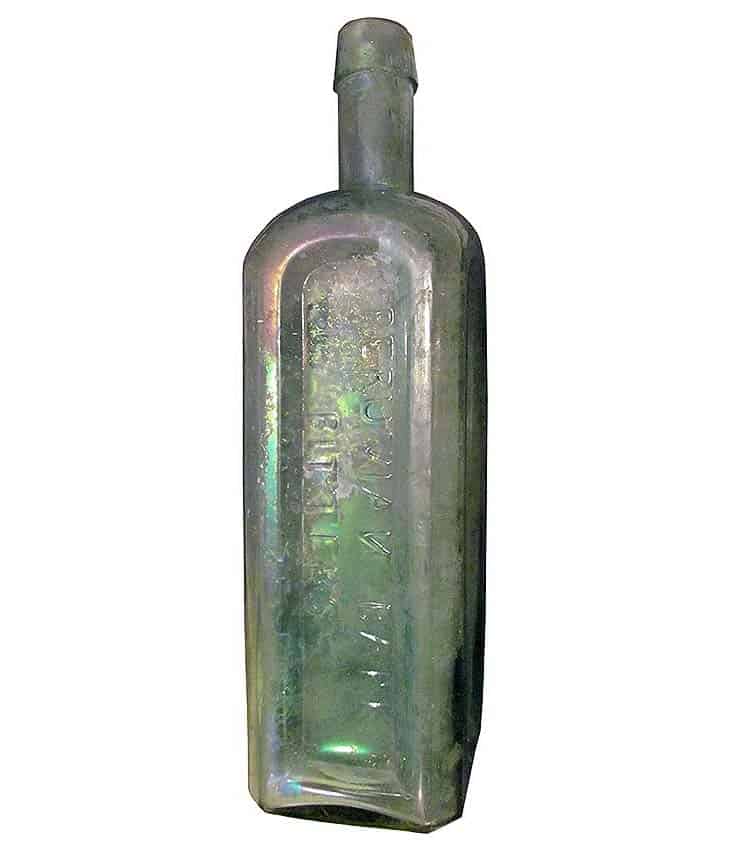 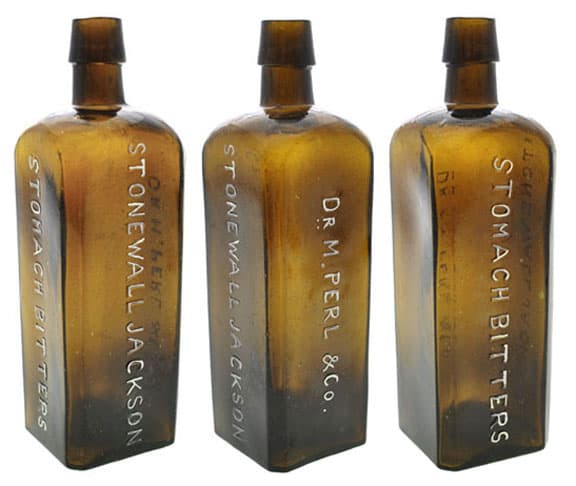 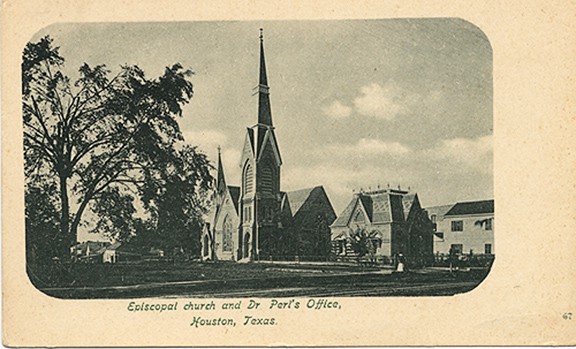 Episcopal church and Dr. Perl’s office. Verso side of black and white postcard shows a tree, church with spire and buildings. The words Episcopal church and Dr Perl’s Office, Houston, Texas are printed under the picture. On the recto side are the printed words Private Mailing Card Authorized by Act of Congress, May 19, 1898. this side is exclusively for the address. There is no message, address or stamp. – Rice University Digital Archive 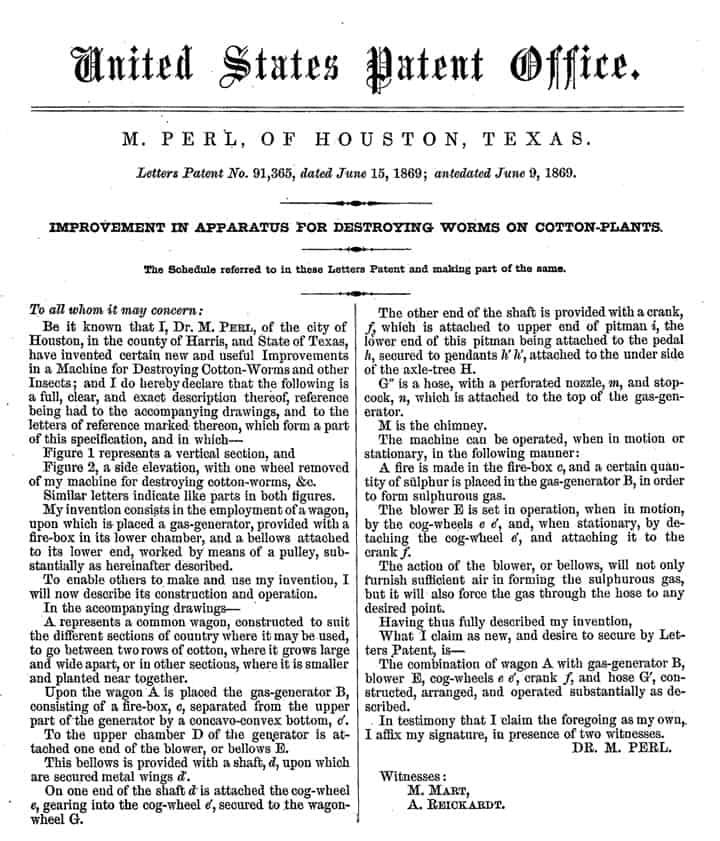 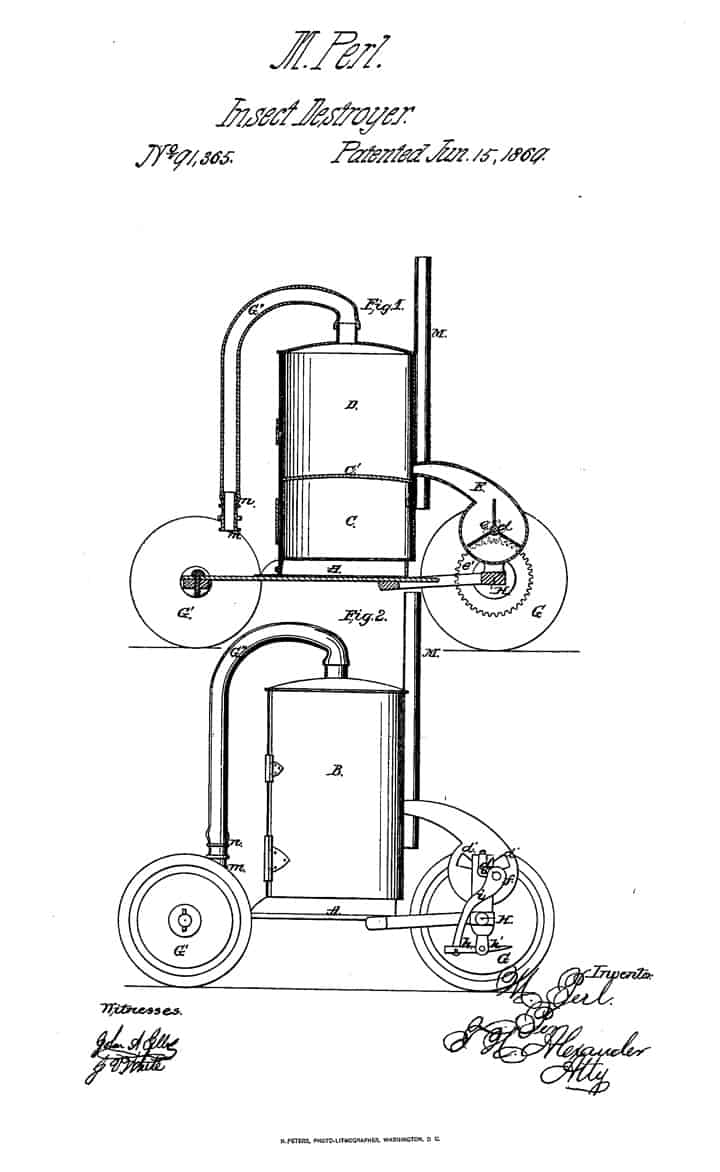 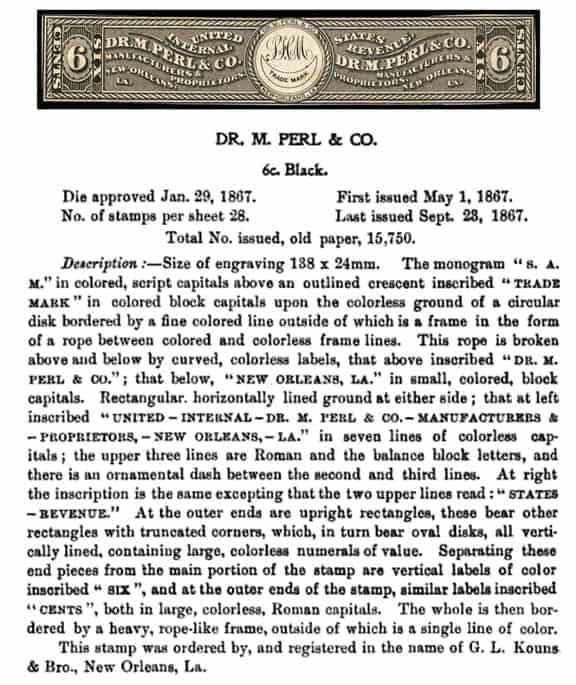 An Historical Reference List of the Revenue Stamps of the United Stamps: Including the Private Die Proprietary Stamps – Boston Philatelic Society – 1899

Match and medicine stamps, like all of the revenue issues since 1861, were called into existence to help reduce the national debt incurred by the civil war, but an odd fact, worthy of note as illustrative of the downfall of governments, may be learned from the federal match and medicine stamps used by firms in States which but a short time previously were in open rebellion as members of the Confederate States of America. Such stamps show an interesting instance of where the former Southern antagonists of the United States government were in turn contributing their share towards reducing the gigantic deficit they had themselves previously forced upon the United States.

The stamps coming under this category are those under this category are those of the match manufacturing firms of L. Frank, of New Orleans, La., A. Goldback & Co., of Richmond, Va., and of the medicine manufacturing firms of the Barham Cure Co., of Durham, N.C., Lippman & Co., (Lippman’s Great German Bitters) of Savannah, Ga., S. Mansfield & Co., and Mansfield & Higgins (Highland Bitters and Scotch Tonic), of Memphis, Tennessee, Dr. M. Perl & Co. of New Orleans, La., and Dr. M. A. Simmons, of Luka, Miss.

Out of this list of Southern U.S. revenue stamps but two are really scarce – the Savannah and New Orleans medicine stamps.