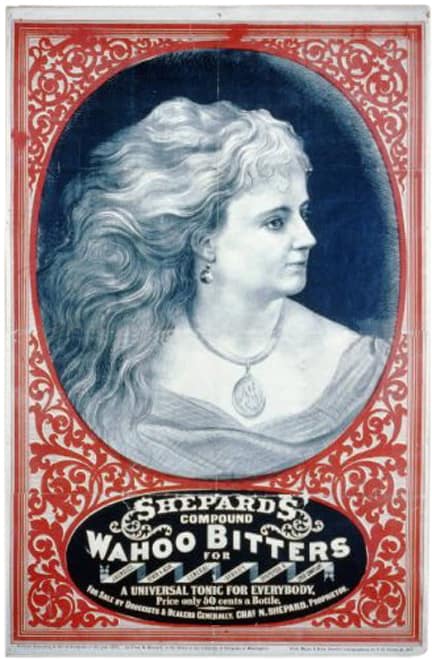 The cure-all in vogue was Shepard’s Compound Wahoo Bitters, “not a whiskey or stimulating beverage, but medicine within reach of all.”

Charles N. Shepard was born in New York in 1812 and was probably the first druggist in Grand Rapids, Michigan to open a shop for the sale of the cure-alls and kill-alls popularly called medicines. He began the trade in drugs in a small way, but sufficiently large for the small town soon after his coming to Grand Rapids in 1835.

In 1875, Shepard went into partnership with Dr. Charles S. Hazeltine, a native of Jamestown, New York in the wholesale drug business under the firm name of Shepard & Hazeltine, which name was later changed to Shepard & Hazeltine & Co. The business was prosperous from the start, and at the death of Mr. Shepard, a joint stock company was formed, which was later incorporated as the Hazeltine, Perkins Drug Co., with capital stock of $150,000. By 1912 it was one of the largest wholesale drug companies in Michigan. 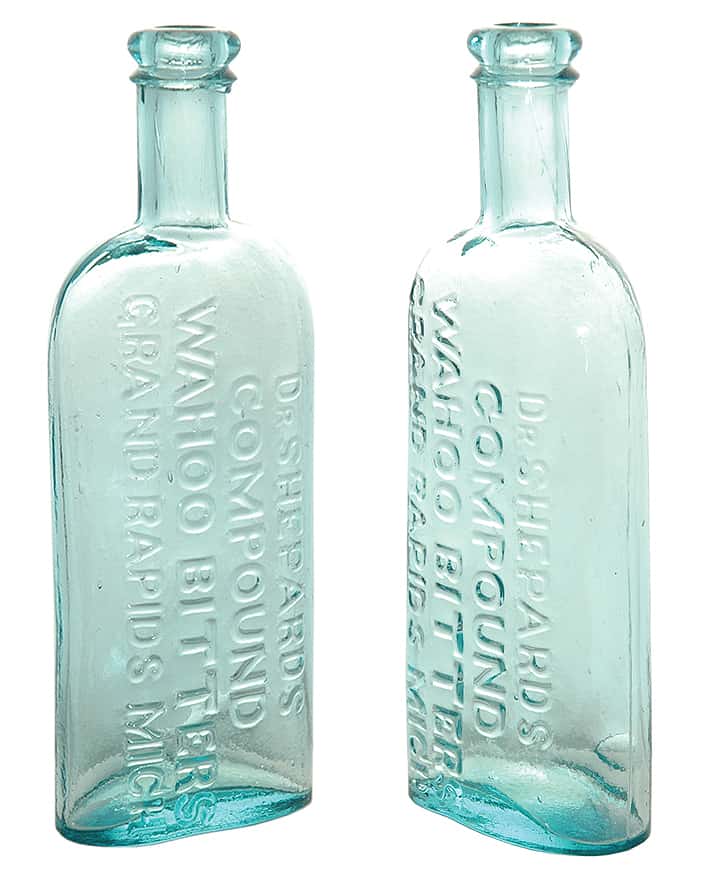 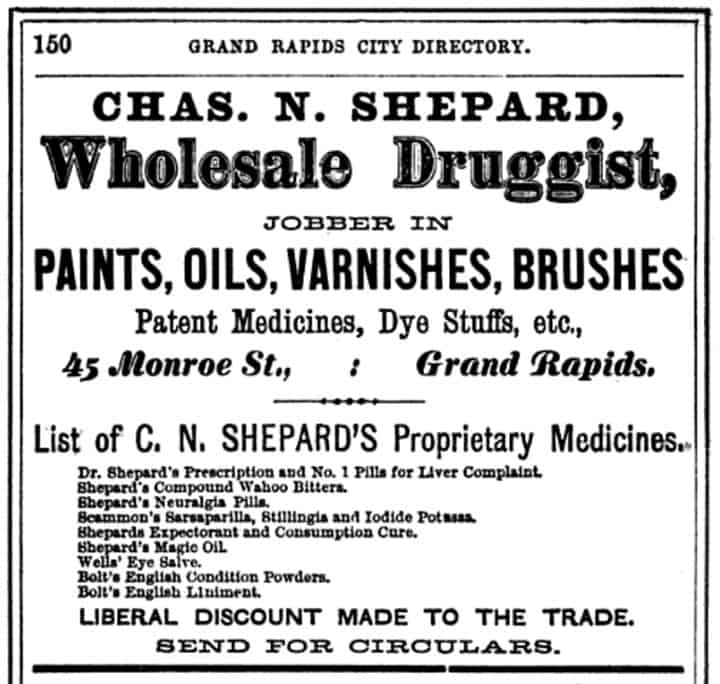 Ferdinand Meyer V is a native of Baltimore, Maryland and has a BFA in Fine Art and Graphic Design from the Kansas City Art Institute and School of Design. Ferdinand is the founding Principal of FMG Design, a nationally recognized design consultation firm. Ferdinand is a passionate collector of American historical glass specializing in bitters bottles, color runs and related classic figural bottles. He is married to Elizabeth Jane Meyer and lives in Houston, Texas with their daughter and three wonderful grandchildren. The Meyers are also very involved in Quarter Horses, antiques and early United States postage stamps. Ferdinand is the past 6-year President of the Federation of Historical Bottle Collectors and is one of the founding members of the FOHBC Virtual Museum.
View all posts by Ferdinand Meyer V →
This entry was posted in Bitters, Druggist & Drugstore, History, Medicines & Cures, Tonics and tagged Grand Rapids, Hazeltine, Michigan, Shepard, Wahoo. Bookmark the permalink.