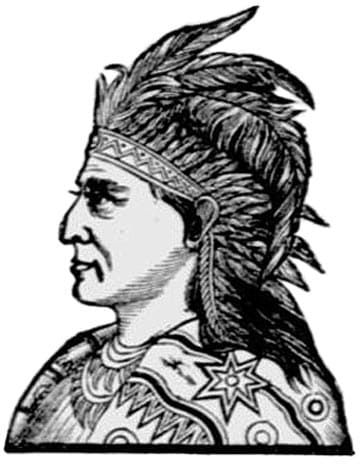 While developing posts on Red Cloud Bitters and Red Jacket Bitters, who I affectionately call the Chicago “Indians”, I was reminded of the Lewis’ Red Jacket Bitters from New Haven, Connecticut. This round, amber bottle is 10 7/8″ tall and is a completely unrelated product with the same name as the Bennett Pieters & Co. Red Jacket Bitters in Chicago. The New Haven brand uses an illustration of an Indian head as their logo (see above). 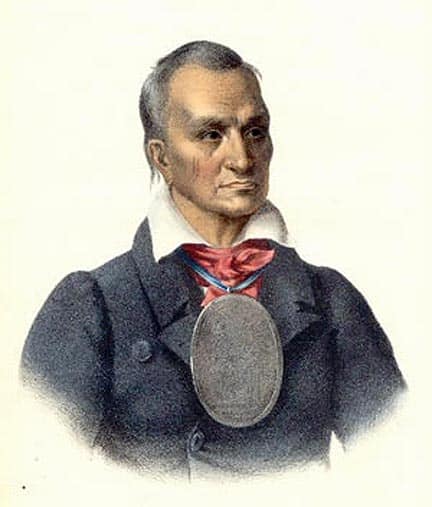 We know from the previous Red Jacket Bitters post that Red Jacket was a Native American Seneca orator and chief of the Wolf clan. He got his name from the bright red jacket he wore, which was a present from the British. 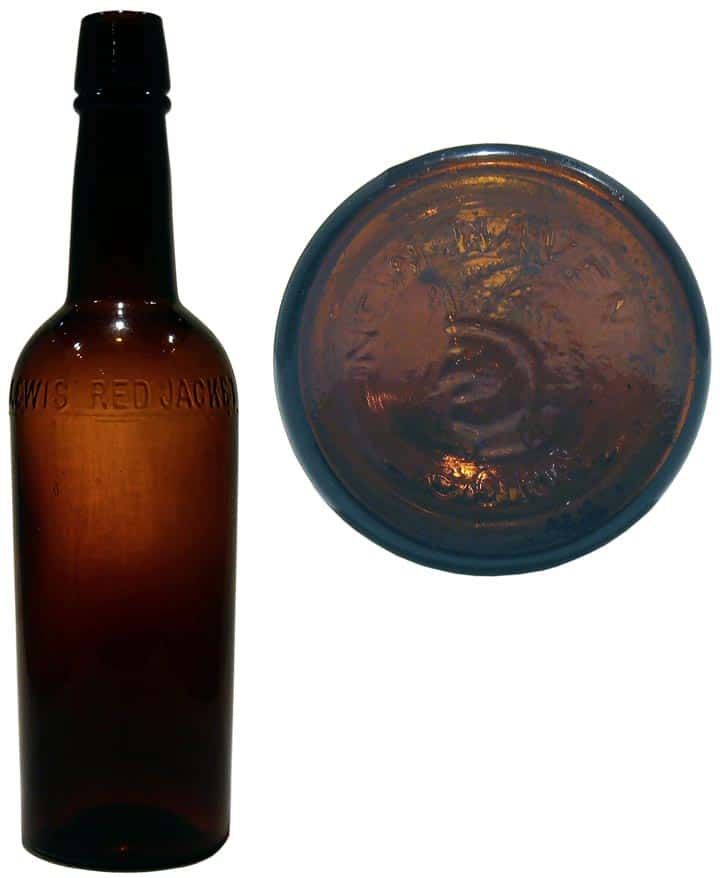 Label: A purely vegetable preparation. Contains no mineral or poisonous substances. A sure cure for fever and ague and malaria. A sovereign remedy for liver and kidney troubles. Female troubles in young and old, married or single, yield readily to this invaluable family medicine. 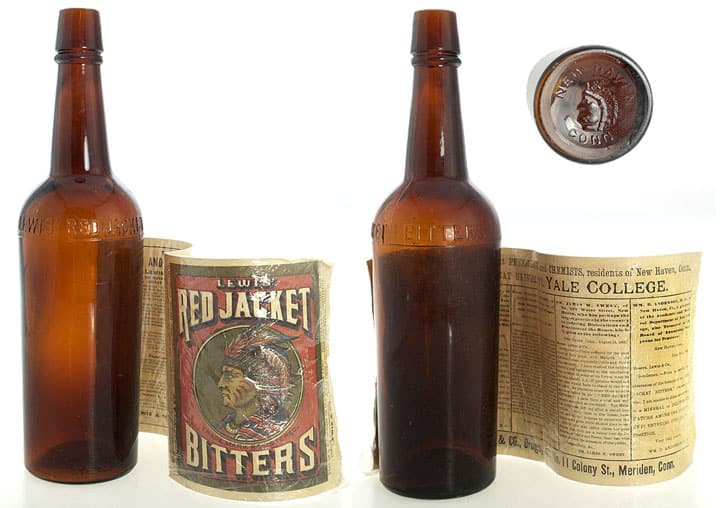 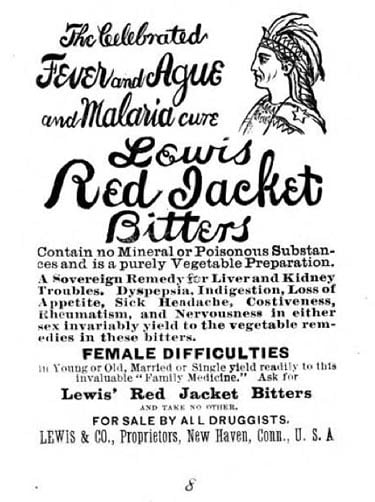 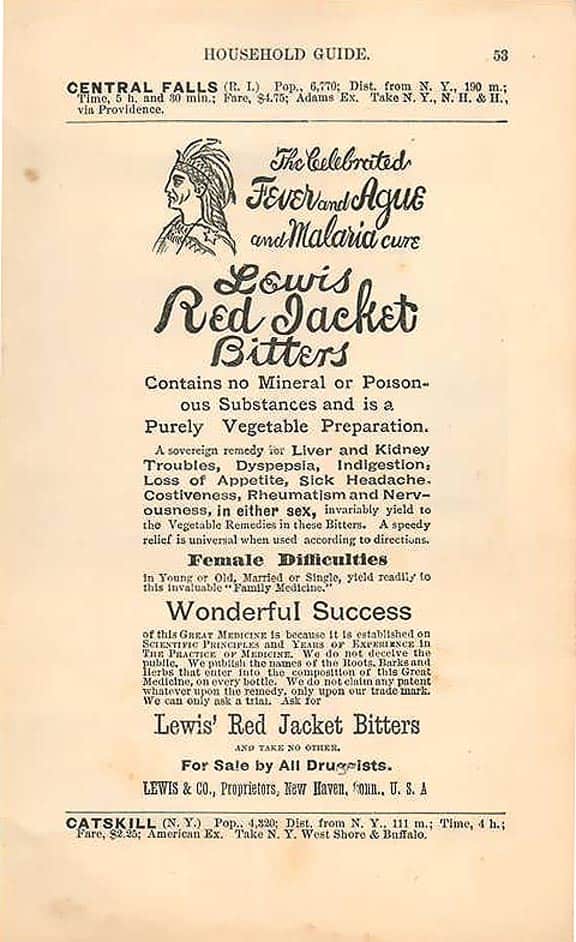 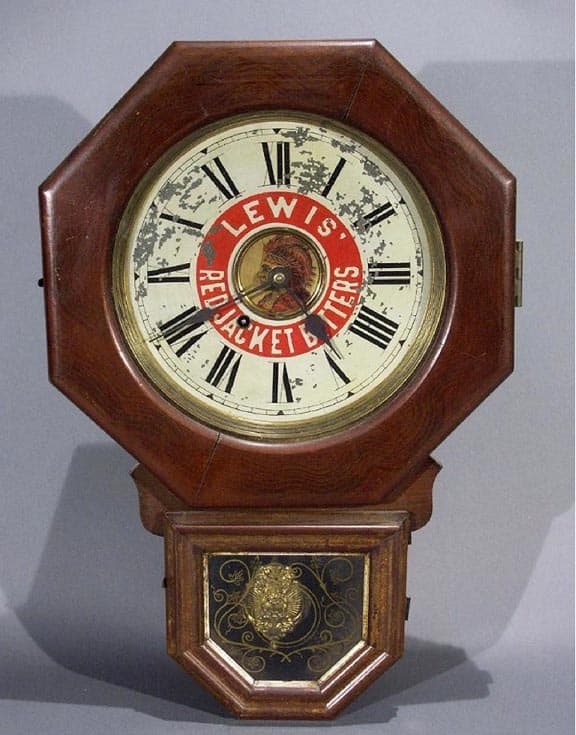 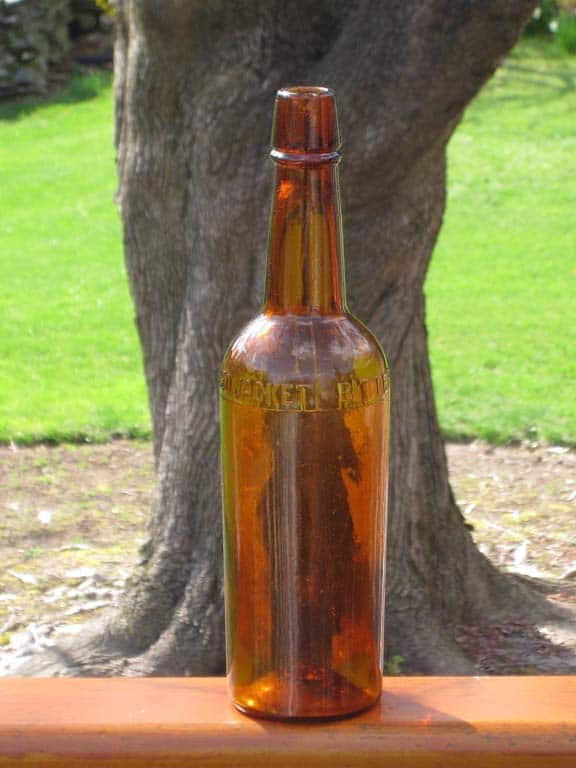 Ferdinand Meyer V is a native of Baltimore, Maryland and has a BFA in Fine Art and Graphic Design from the Kansas City Art Institute and School of Design. Ferdinand is the founding Principal of FMG Design, a nationally recognized design consultation firm. Ferdinand is a passionate collector of American historical glass specializing in bitters bottles, color runs and related classic figural bottles. He is married to Elizabeth Jane Meyer and lives in Houston, Texas with their daughter and three wonderful grandchildren. The Meyers are also very involved in Quarter Horses, antiques and early United States postage stamps. Ferdinand is the past 6-year President of the Federation of Historical Bottle Collectors and is one of the founding members of the FOHBC Virtual Museum.
View all posts by Ferdinand Meyer V →
This entry was posted in Advertising, Bitters, Ephemera, History and tagged bitters, Connecticut, Jacket, Lewis, New Haven, Red. Bookmark the permalink.