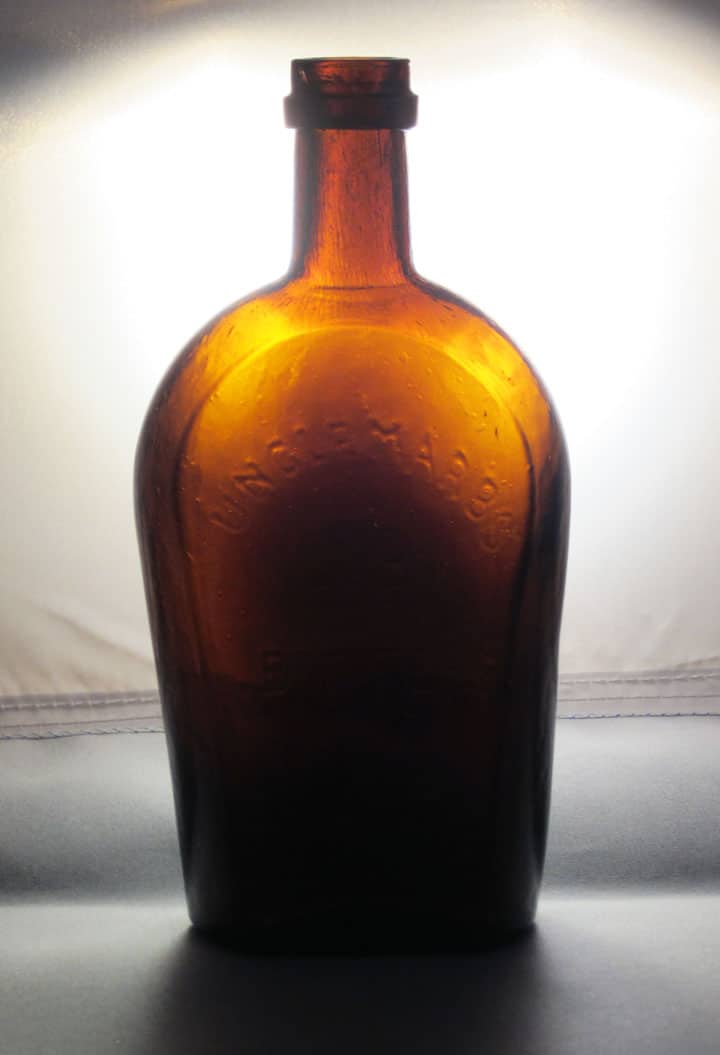 Got a tip from Dale Mlasko about an extremely rare Uncle Marb’s Bitters coffin flask. Dale was reminded of the flask after reading Two XR Tombstone Flasks containing Bitters (uh Whiskey). The Carlyn Ring and W.C Ham listing in Bitters Bottles is minimal but includes:

This is a rare bird and I expect a unique example but we will see. I can find no information online on Uncle Marb so a little looking and thinking about the “G.B.” is appropriate. G.B. can mean a lot of things including Green Bay (possibly), Game Boy (can’t be that), Great Britain (doubt it), Great Barrington, MA (probably not), Gigabyte (nope), German Baptist (odd) or a persons initials. What do you think?

UPDATE (thanks to Marianne Dow):

(Marianne Dow) Uncle Marb’s Old Bourbon Bitters — so it’s not GB but OB — according to this link to the INDEX of a book on the website of the Illinois State Archaeological Survey – title of book may be Bottled in Illinois —http://isas.illinois.edu/bottlebook-index-full.pdf 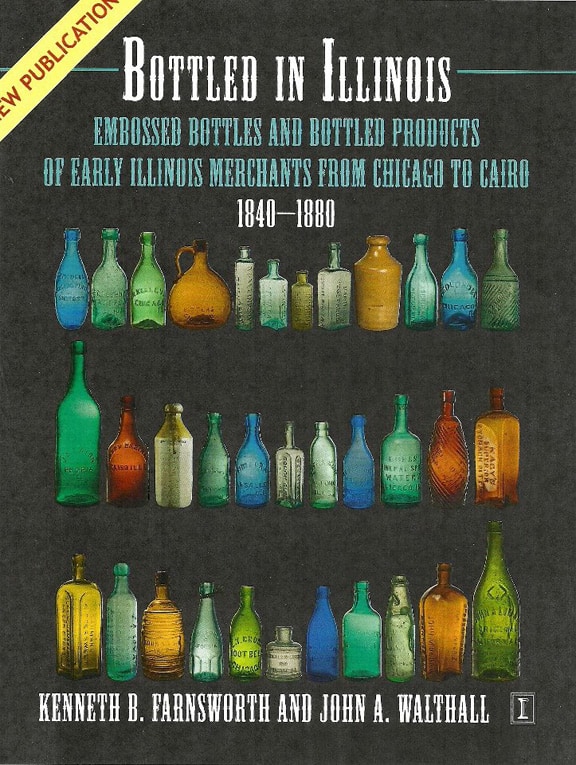 “From a collection known to have existed in 1928.”

A real mystery here. Thanks to Dennis Eastley for providing the nice pictures.

“I got it at the Canyonville show and the history is murky. I was told that it came from a collector in Nevada City but when I contacted him he did not remember the flask.
So the history is in a dead end alley.” 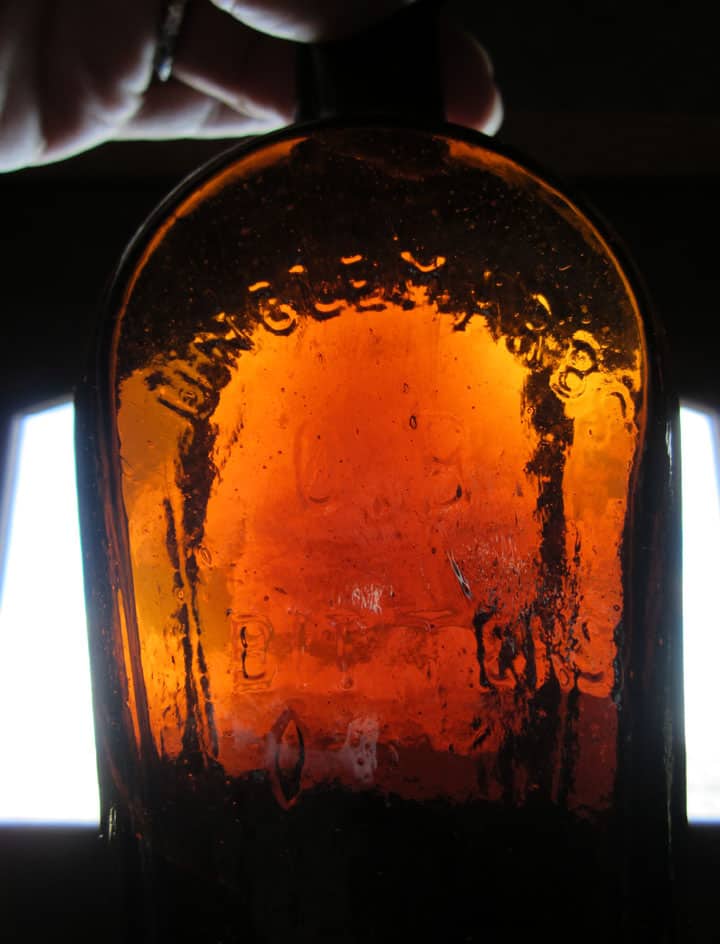 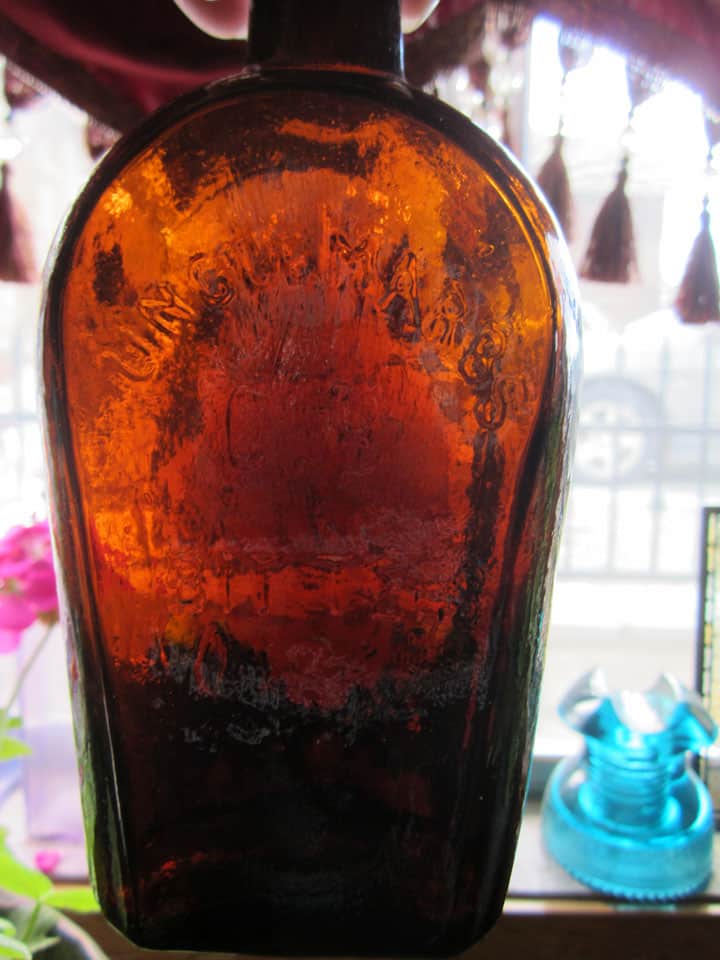 Ferdinand Meyer V is a native of Baltimore, Maryland and has a BFA in Fine Art and Graphic Design from the Kansas City Art Institute and School of Design. Ferdinand is the founding Principal of FMG Design, a nationally recognized design consultation firm. Ferdinand is a passionate collector of American historical glass specializing in bitters bottles, color runs and related classic figural bottles. He is married to Elizabeth Jane Meyer and lives in Houston, Texas with their daughter and three wonderful grandchildren. The Meyers are also very involved in Quarter Horses, antiques and early United States postage stamps. Ferdinand is the past 6-year President of the Federation of Historical Bottle Collectors and is one of the founding members of the FOHBC Virtual Museum.
View all posts by Ferdinand Meyer V →
This entry was posted in Bitters, Flasks, Questions and tagged bitters, Bourbon, coffin, Dale Mlasko, Dennis Eastley, Flask, illinois, John. M. Berry, Uncle Marb. Bookmark the permalink.