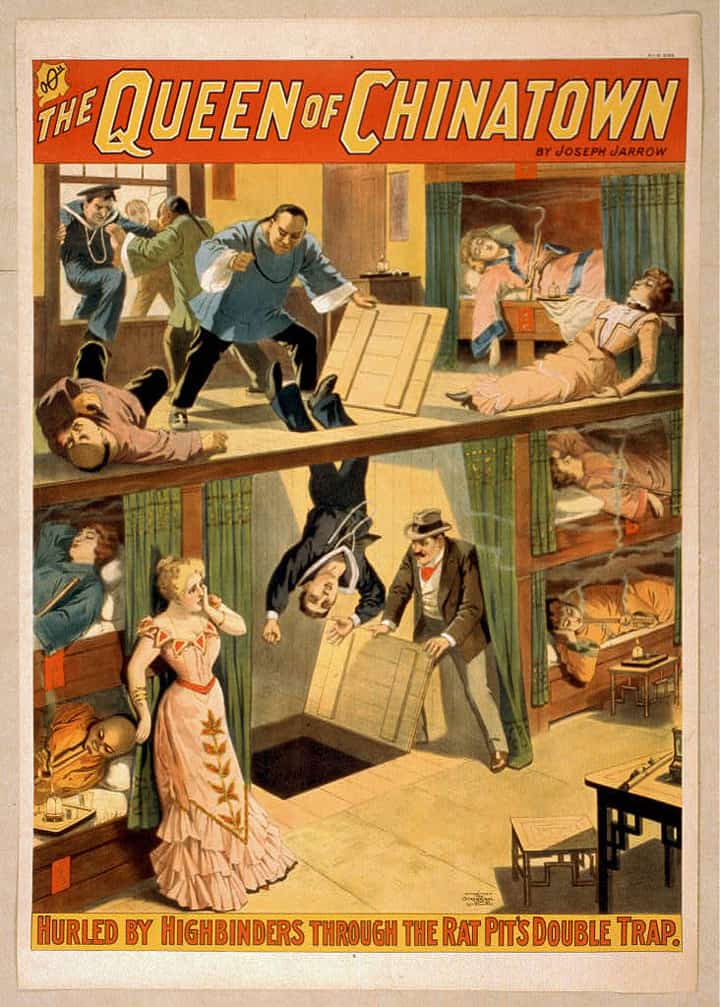 Everything one does in life, even love, occurs in an express train racing toward death. To smoke opium is to get out of the train while it is still moving. It is to concern oneself with something other than life or death. 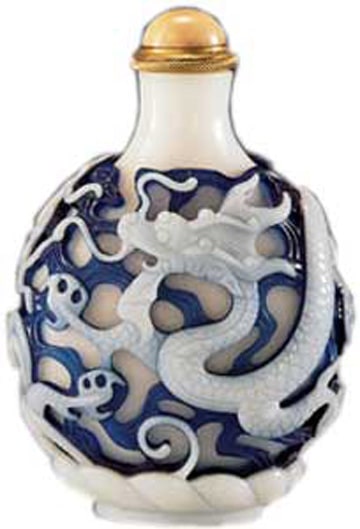 It is fitting that I round out the Cocaine and Heroin posts on Peachridge Glass with a post on Opium. I like following thoughts and looking at things that I have long forgotten since growing up or going to college. For instance, I remember buying some old vials at an antique shop in the 1970s in Kansas City, Missouri that I have somewhere at home. I was told they were opium vials. Later I began to collect oriental snuff and opium bottles for their decorative beauty (see example above). This was all, way before I got interested in early American antique bottles.

Anyway here are some great pictures and images from my virtual trip today that really took me around the globe and throughout time with stops in the Neolithic Age, China, 19th century France, New Zealand, Chinatown in New York, Chinatown in San Francisco, Baltimore, the Library of Congress and quite a few Opium Dens.

Read More: If you wanna hang out you’ve got to take her out – Cocaine 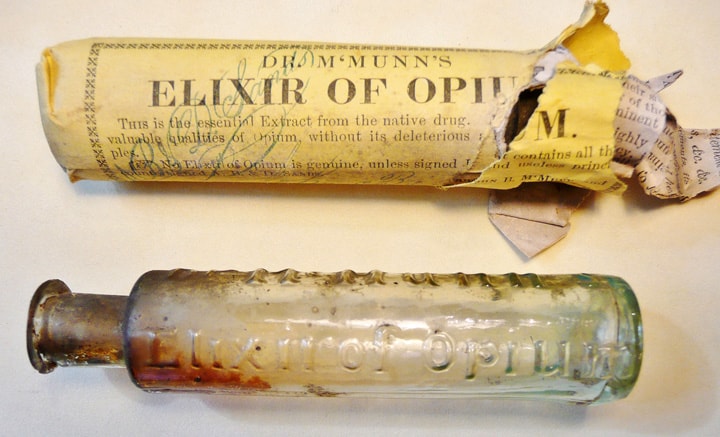 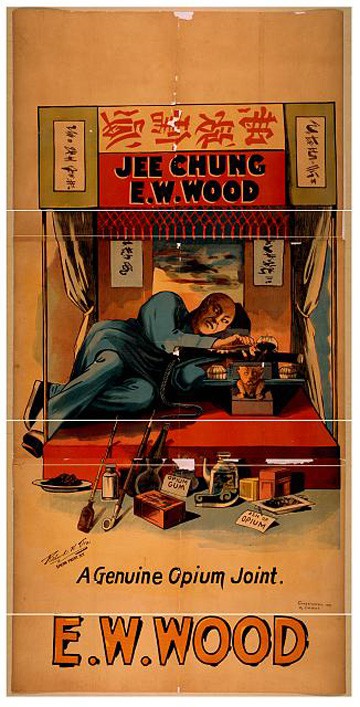 The queen of Chinatown by Joseph Jarrow.

Cultivation of opium poppies for food, anaesthesia, and ritual purposes dates back to at least the Neolithic Age (new stone age). The Sumerian, Assyrian, Egyptian, Indian, Minoan, Greek, Roman, Persian and Arab Empires all made widespread use of opium, which was the most potent form of pain relief then available, allowing ancient surgeons to perform prolonged surgical procedures. Opium is mentioned in the most important medical texts of the ancient world, including the Ebers Papyrus and the writings of Dioscorides, Galen, and Avicenna. Widespread medical use of unprocessed opium continued through the American Civil War before giving way to morphine and its successors, which could be injected at a precisely controlled dosage. [read: Wikipedia] 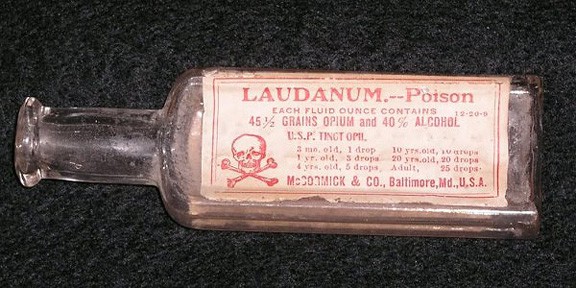 This is scary for us Baltimoreans. LAUDANUM – Poison by McCormick & Co., Baltimore, MD 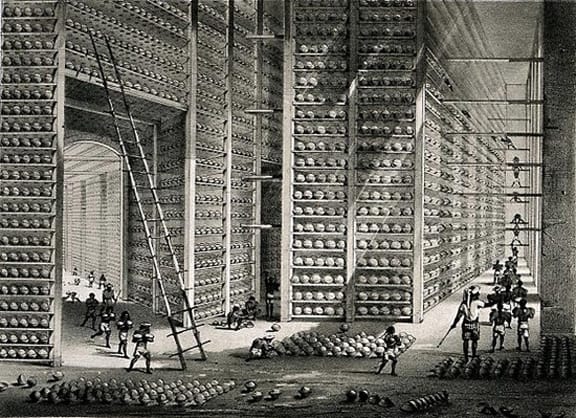 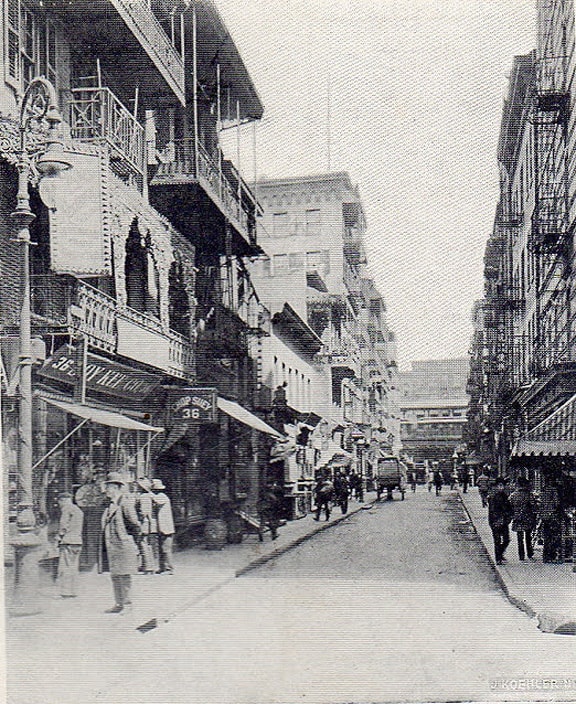 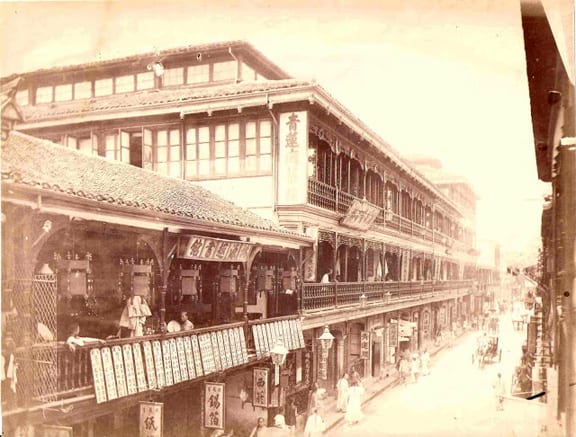 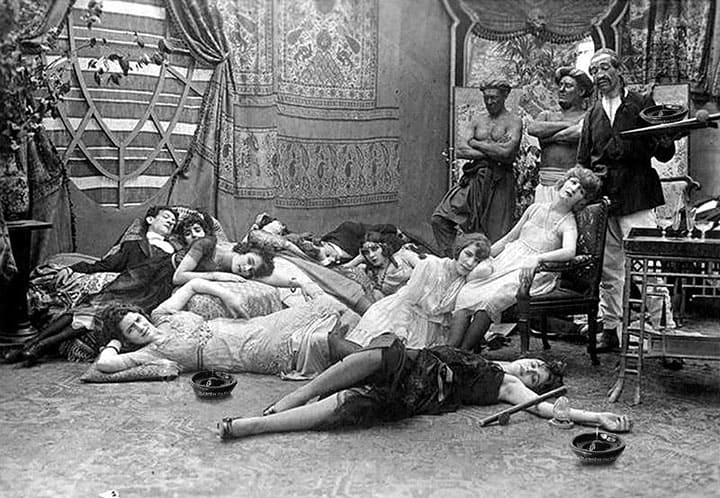 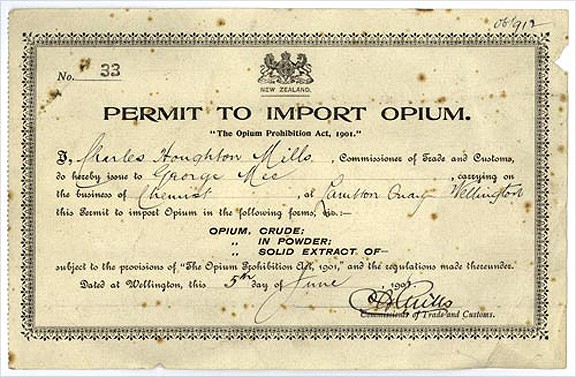 Permit to import opium, 1906 – Opium was widely used for medicinal purposes in 19th-century New Zealand, but it came to be seen as a dangerous and addictive drug. Its use was strictly regulated from the early 20th century. This permit was issued under the Opium Prohibition Act 1901, which made it unlawful to import opium for the purposes of smoking it. Chemist George Mee would have kept a register which recorded the amount and form of opium imported, what it was made into and to whom he sold it. – The Encyclopedia of New Zealand 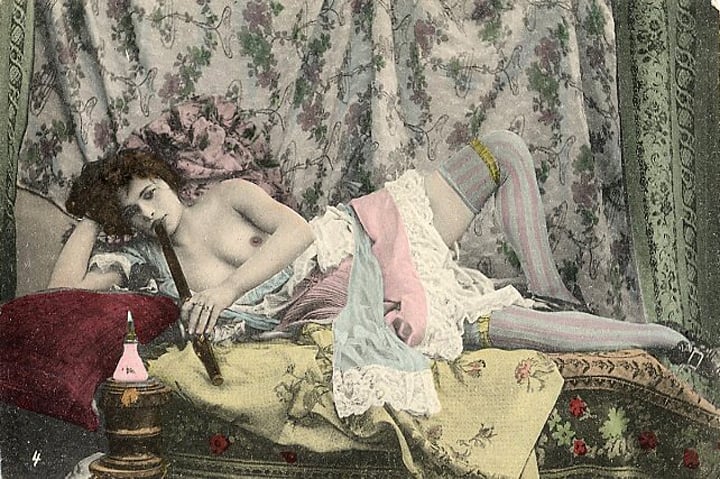 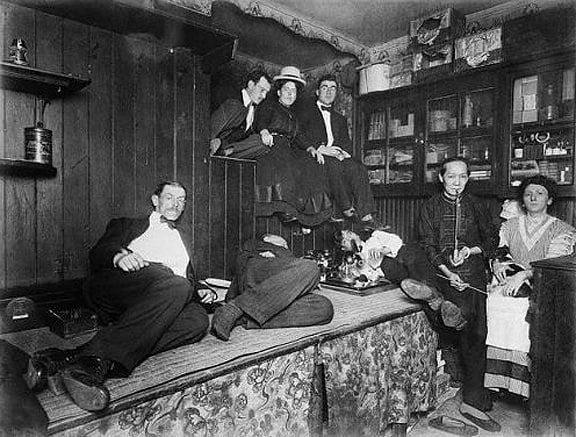 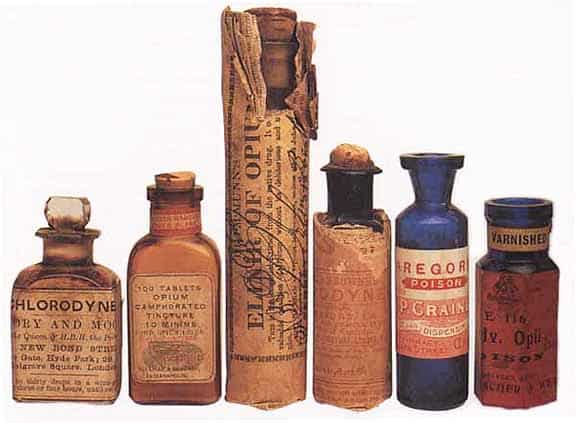 In the 19th century, opiate-based preparations were legion. Patent medicines were taken as cure-alls in an age when cures were rare. The use and abuse of opiate-based remedies has been treated scornfully by medical historians. But taken sparingly and judiciously, they offered more effective pain-relief than is readily available over-the-counter today. – GeneralAnethesia.com 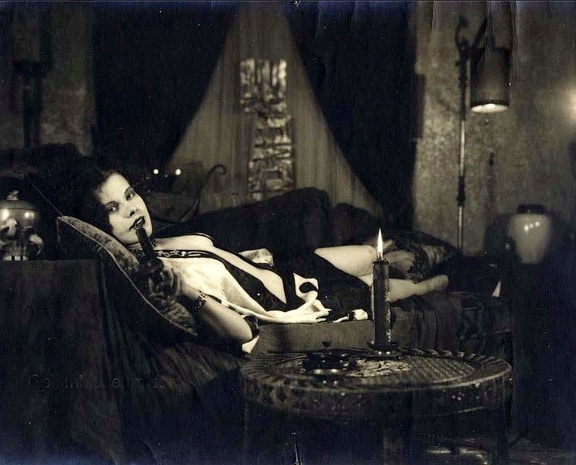 An unidentified woman poses with an opium pipe in this amateur portrait, circa 1940. 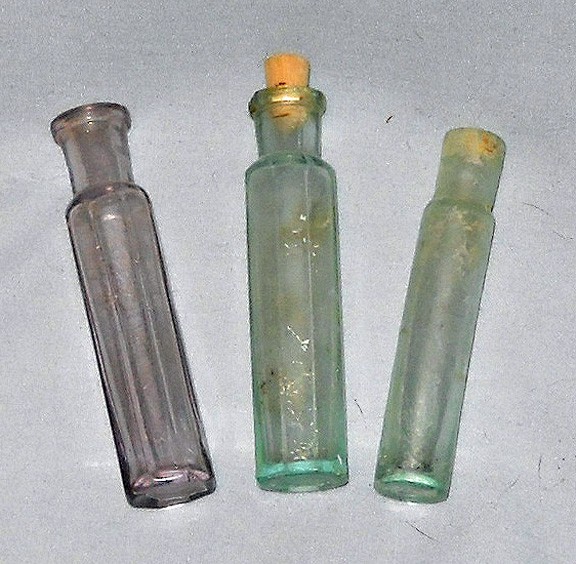 19th Century Opium Bottles. A set of three great old bottles. The cork is new. No writing or markings on these. The two larger are 3 7/8″ tall, the smaller one is older judging from the shape, and is 3 1/2″ tall. 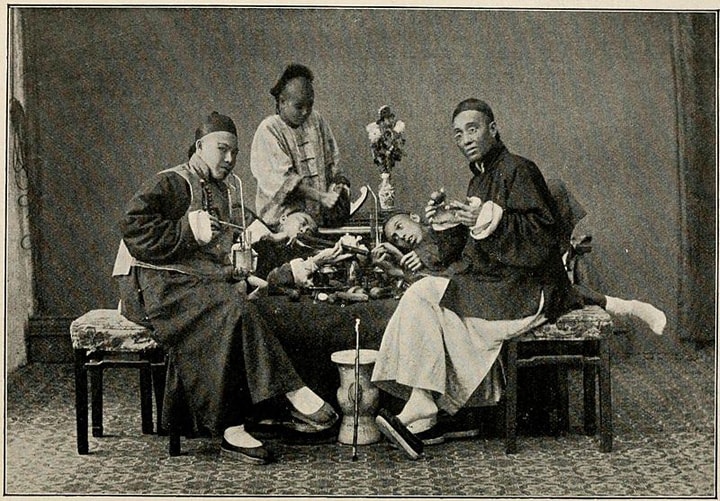 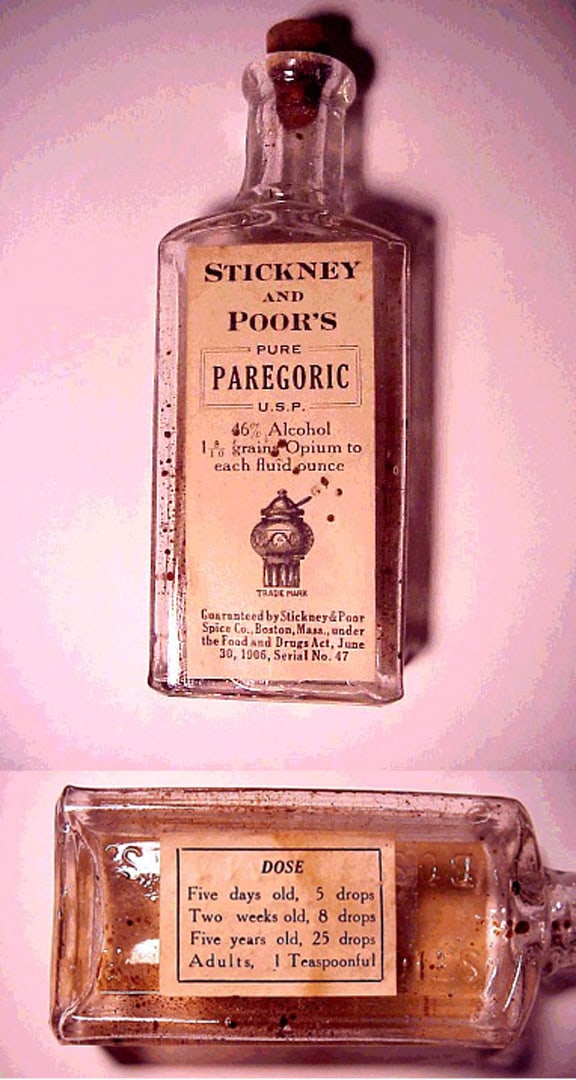 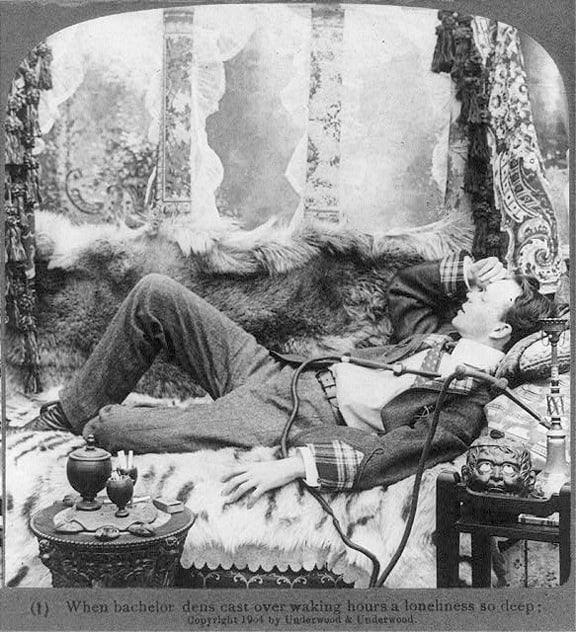 When bachelor dens cast over waking hours a loneliness so deep. – Library of Congress

Ferdinand Meyer V is a native of Baltimore, Maryland and has a BFA in Fine Art and Graphic Design from the Kansas City Art Institute and School of Design. Ferdinand is the founding Principal of FMG Design, a nationally recognized design consultation firm. Ferdinand is a passionate collector of American historical glass specializing in bitters bottles, color runs and related classic figural bottles. He is married to Elizabeth Jane Meyer and lives in Houston, Texas with their daughter and three wonderful grandchildren. The Meyers are also very involved in Quarter Horses, antiques and early United States postage stamps. Ferdinand is the past 6-year President of the Federation of Historical Bottle Collectors and is one of the founding members of the FOHBC Virtual Museum.
View all posts by Ferdinand Meyer V →
This entry was posted in Advertising, Apothecary, Druggist & Drugstore, Ephemera, History, Medicines & Cures, Snuff and tagged Chinatown, Chinese, Dr. Munn, Jean Cocteau, McCormick & Co, New York, opium, San Francisco, Snuff. Bookmark the permalink.