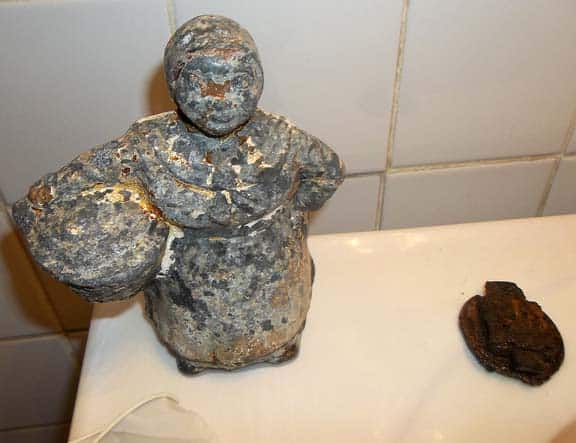 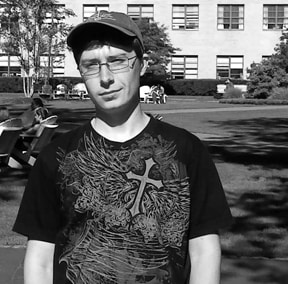 I was wondering if you do articles on your site other than bottles, I just metal detected a piggy bank cache with 346 silver coins in it, would that be a good story for the site?
thanks, Happy New Year! Mike (Michael Urbanski)

So heres the story,

I went metal detecting since my other plans for the day got cancelled. Hour 1: nothing (when I say nothing, I mean some clad and junk) Hour 2: nothing. End of hour 3: … things got interesting.

I saw an old tree, started detecting and my signals spiked. I dug out an old lead figure, no paint on it, about the size a melon. Thought nothing of it at first since I’ve found lead figures and toys both big and small in the past so I put it in my bag, finished detecting around the tree with no luck, went to my car and drove home because by that point my hands had turned bright red from the cold.

I get to the garage, I did have shelves for smalls (and where I unload my gear) and was about to put the figure up on one of them. Then I noticed some dirt spilled out, I see that on the side it has a small hole, most lead figures even small ones are hollow. I decided to take it home to rinse it out through that small hole (let it fill up with water, then let it drain out). After the first cleaning I noticed that it was still heavy and that no dirt was coming out of it anymore, heavier than it should be. I let it dry and took a look in the hole. I noticed that there was something shining inside. I looked on the back and to my surprise I noticed a slit on the neck of the figure which turned out is a piggy bank. I look in the hole again with a magnifying glass and noticed that there were a few ribbed coins with white sides, that looked like silver dimes.

Grabbed the camera, and by that time my dad was home, he filmed, I opened and the result was… well see for yourself…ALL SILVER, NO CLAD!!! Another good thing, after i pried open the iron cap at the bottom, it was still salvageable, and the piggy bank is still whole and usable! I plan on repainting it over the summer along with another one I found a year ago that was empty and will make a video on those as well. Two years ago I found a gold coin, once in a lifetime find, now a coin cache… hopefully more to come soon. HH! 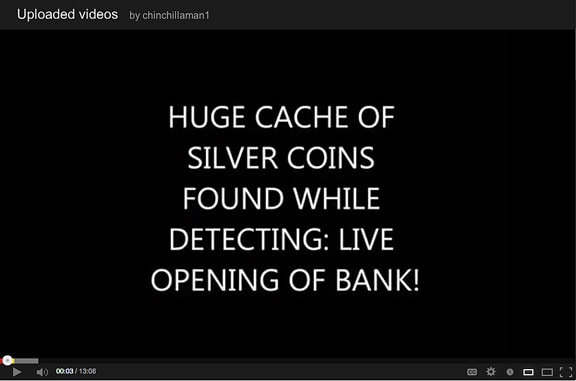 Here are some pictures including a picture of the original bank, Mike 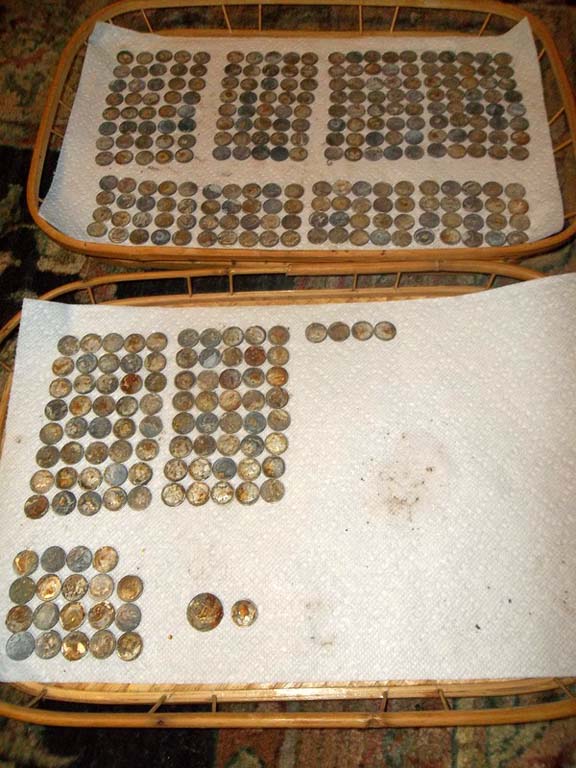 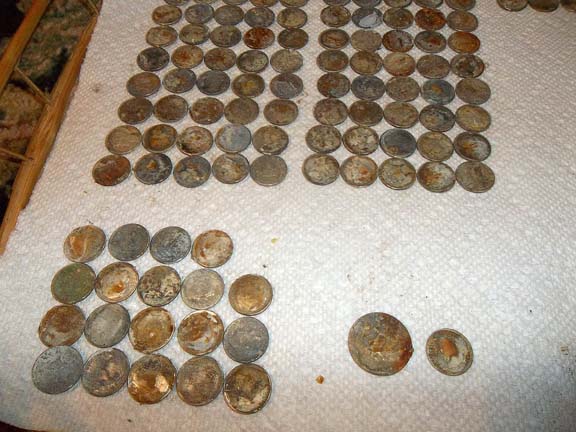 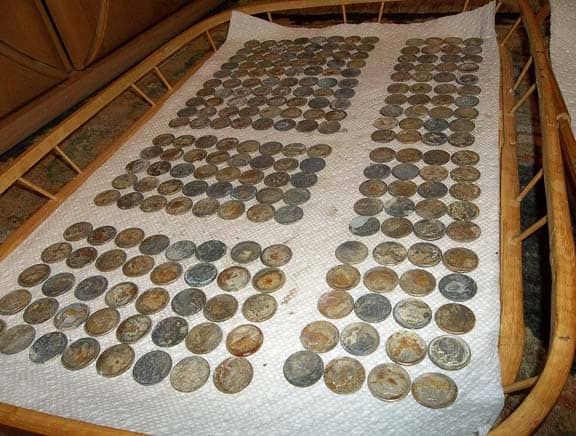 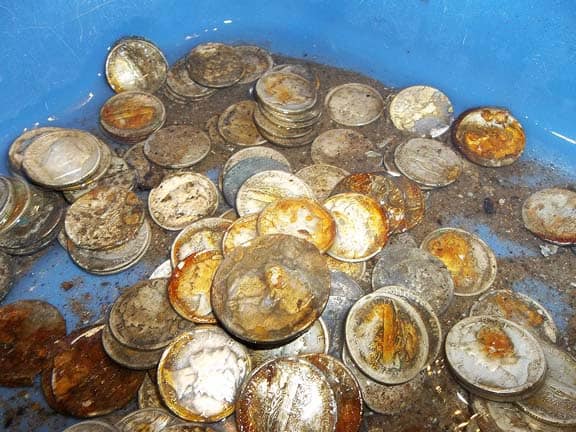 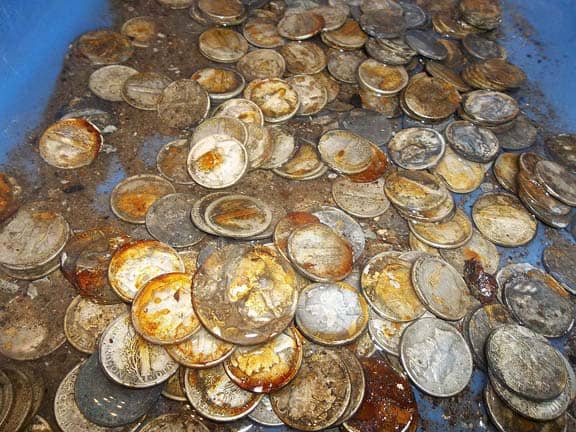 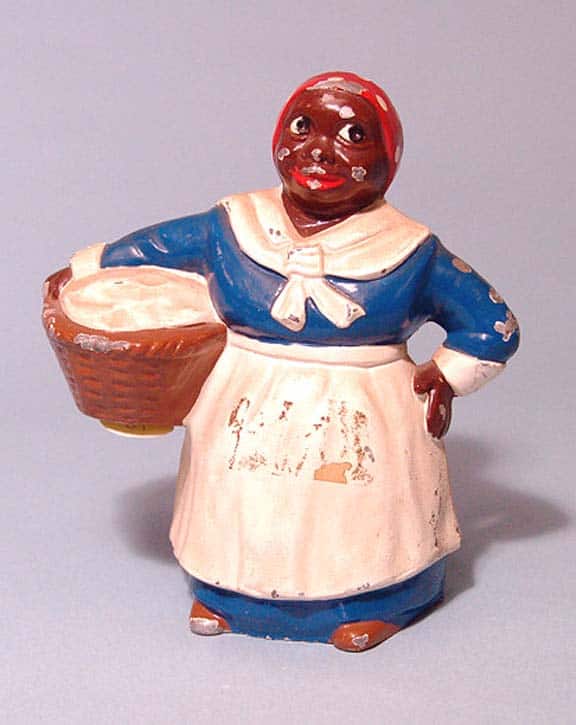 Ferdinand Meyer V is a native of Baltimore, Maryland and has a BFA in Fine Art and Graphic Design from the Kansas City Art Institute and School of Design. Ferdinand is the founding Principal of FMG Design, a nationally recognized design consultation firm. Ferdinand is a passionate collector of American historical glass specializing in bitters bottles, color runs and related classic figural bottles. He is married to Elizabeth Jane Meyer and lives in Houston, Texas with their daughter and three wonderful grandchildren. The Meyers are also very involved in Quarter Horses, antiques and early United States postage stamps. Ferdinand is the past 6-year President of the Federation of Historical Bottle Collectors and is one of the founding members of the FOHBC Virtual Museum.
View all posts by Ferdinand Meyer V →
This entry was posted in Currency, Digging and Finding, News and tagged bank, coins, Michael Urbanski, piggy, silver. Bookmark the permalink.