1865 San Francisco Directory – All Quiet before the Quake

All Quiet before the Quake

Steamer Day in San Francisco – 1865 – From a lithograph by E. Jump, a noted caricaturist of the era. On Steamer Day, which fell on the 13th and 28th of each month, all accounts were supposed to be paid. The lithograph shows the excitement and confusion which occurred as the ship from the East was about to arrive. – sfmuseum.org

Interesting to look at the innocence of an 1865 San Francisco business directory right before the first great earth quake. With all of the great advertisements, the city must have been prospering and booming. I wonder how many bottles spilled from shelves?

GENERAL EFFECTS OF THE SHAKE

October 8, 1865. From The Daily Alta California

At precisely fifteen minutes to one P.M. Oct. 8th, 1865, the City of San Francisco was visited by the heaviest Shocks ever felt in the vicinity by “the oldest Inhabitants.” 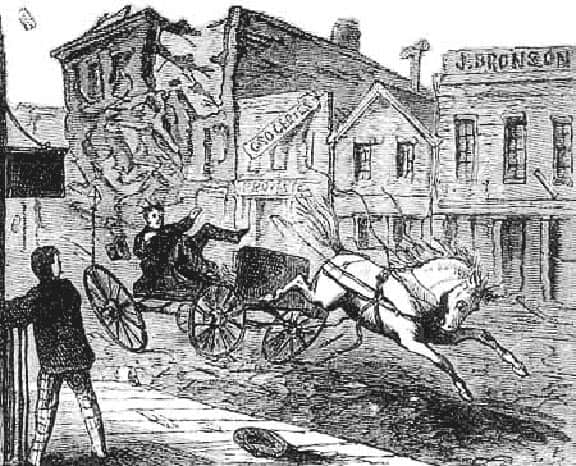 The first great quake happened in 1865, and though its memory has faded somewhat, the coincidental presence of the young Sam Clemens (or Mark Twain, as the nation would soon discover) in San Francisco has preserved it.

The first shock occurred as above stated, and lasted perhaps five seconds, the ground undulated violently, the waves of motion seeming to be, as usual, from northeast to southwest, although many person, noted for careful observation, declare that it was the reverse, or from west to east. This shock made the windows rattle, and sent nearly everybody into the streets, and away from the vicinity of high-walled buildings, but did no serious damage.

The second shock, which was far more severe, followed in about five seconds, and accompanied by a loud sliding noise, partially due to falling walls, glass and plastering, and particularly, apparently originating in the earth.

The vibration of this shock was very severe, and high walls waved and swayed in the air like willow branches in the wind. Window, wherever pinched or slightly strained, were wrecked in an instant; plastering came down in showers, bells rung, walls cracked and general consternation ensued.

The latest shock lasted, perhaps, six or seven seconds, vibrating east and west, and then all was over.

This is but a beginning of the amount of the damage done. Scarcely a house in the city that does not show some mark of the visitation, in cracked walls, open joints, flaked plaster, or a cranky position and many of the old heavy brick structures are so shaken up and twisted as to be dangerous to the occupants. On the low made ground in the southern portion of the city the effect was particularly visible. The vicinity of Howard street, from Fifth to Eighth, exhibited lively signs of caving in. In some spots the streets and lots adjoining, sunk, and in others rose. A lot on the southwest corner of Seventh and Howard streets, sunk 14 feet, leaving a sewer bare and broken; and where Saturday was a dry bank of sand, to-day a flock of ducks are disporting themselves in a pond of water, illustrative of the trite old saying “It is an ill wind that blows no good” that is, supposing a duck to be somebody. At Sixth and Howard, Mission and Beale, and divers other places, the ground opened, while great volumes of water were forced up into the air, in some instances as high as fifty feet. On Tehama, Howard and Mission streets, the ground has become slightly undulating, where it was perfectly level. A fissure opened west of Fillmore street, extending transversely with and crossing the Bay-shore Road. This effect was also produced in other localities.

The City Hall building, which is badly damaged. The front walls show but few cracks, but at the top the wall is so badly sprung as to let the rafters out in several places. The inner walls are badly cracked and shattered, and large cracks appear in the rear wall, on the northeast corner near the area. The oscillation of the wall was so great as to cause the fire bell to strike once quite distinctly. Until the building has been carefully examined by architects, it is perhaps not work our while to pass an opinion as to its safety and the extent of the repairs which may be necessary.

The large brick block at the southeast corner of Battery and Washington streets, extending along Battery street, from Merchant to Washington, is very badly damaged, so much so that its tearing-down is probably rendered necessary. The rear walls are very seriously injured and the entire front is in such a condition that its fall may be looked for at any moment, should another shock occur; a person on the roof being able to look clearly through to the basement the entire length of the block. In fact, the building is, apparently, “essentially used up.”

The house of the California Engine Company No. 4 on Market street between Sansome and Battery, is so badly damaged that the Chief of the Fire Department has ordered the engine to be removed to the Corporation Yard for safety. It will not be taken back until further notice. It was the impression, last night, that the whole building would have to come down. 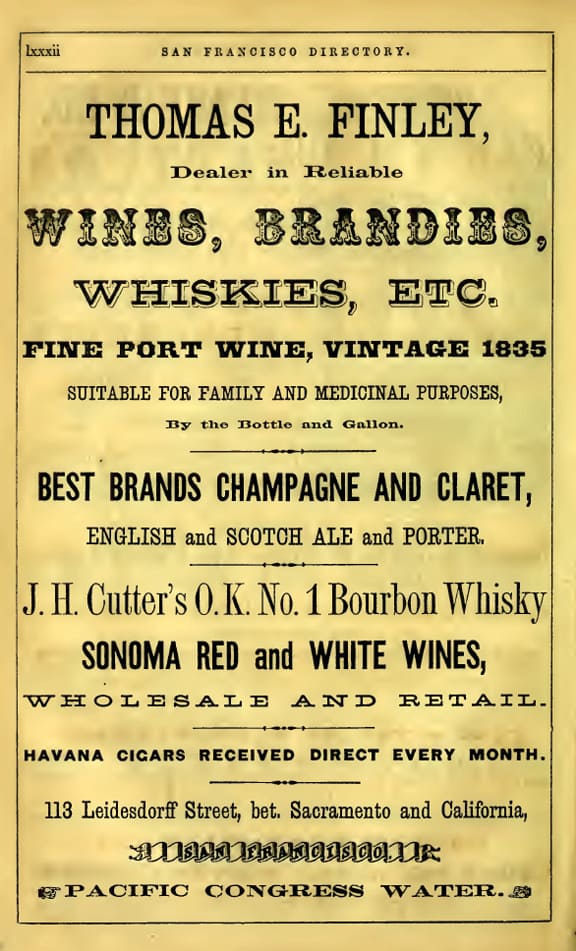 A wonderful Pacific Glass Works advertisement on the top half of this page. Manufacturers of all kinds of Light, Green and Black Glass. Bottom half of page advertisement for Mercado & Seully with a mysterious (at least to me) listing for Sainsevain’s California Wine Bitters. 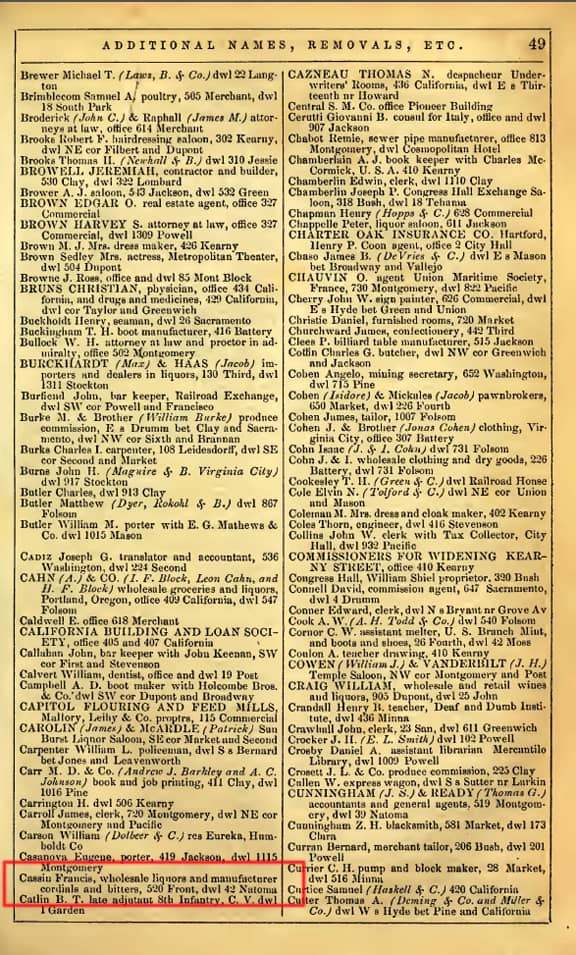 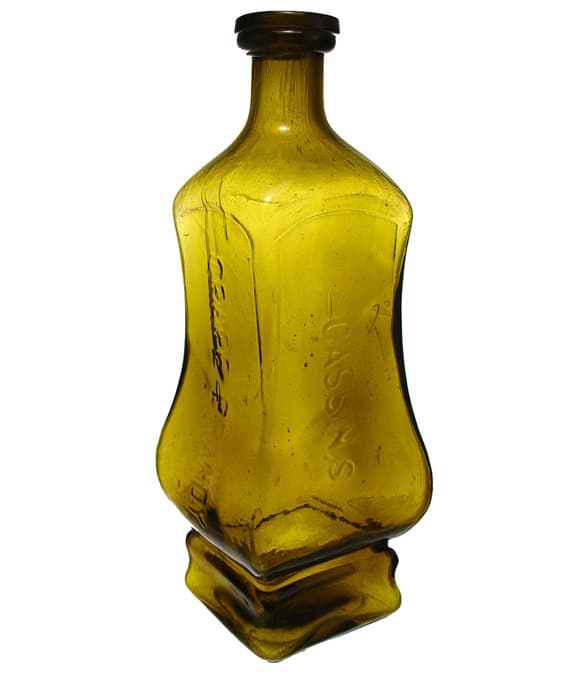 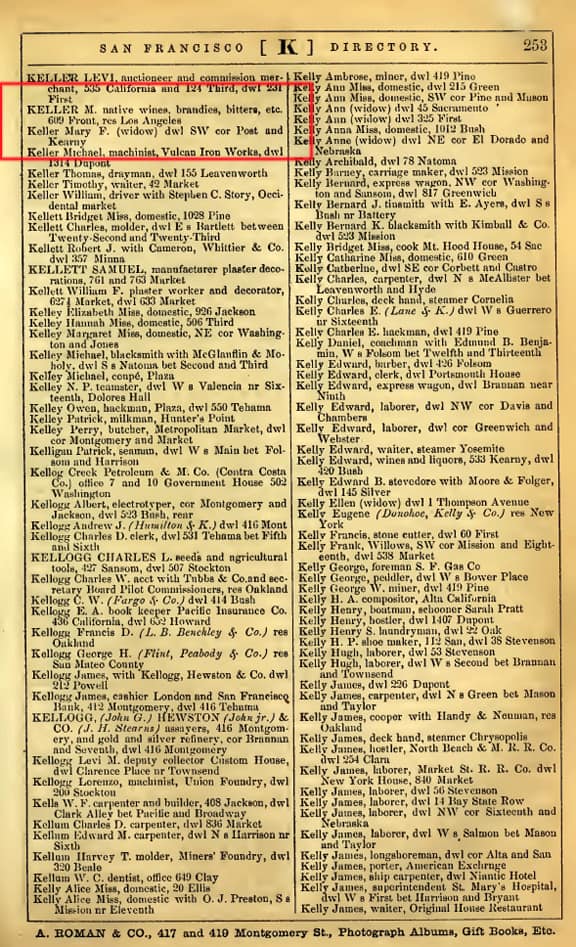 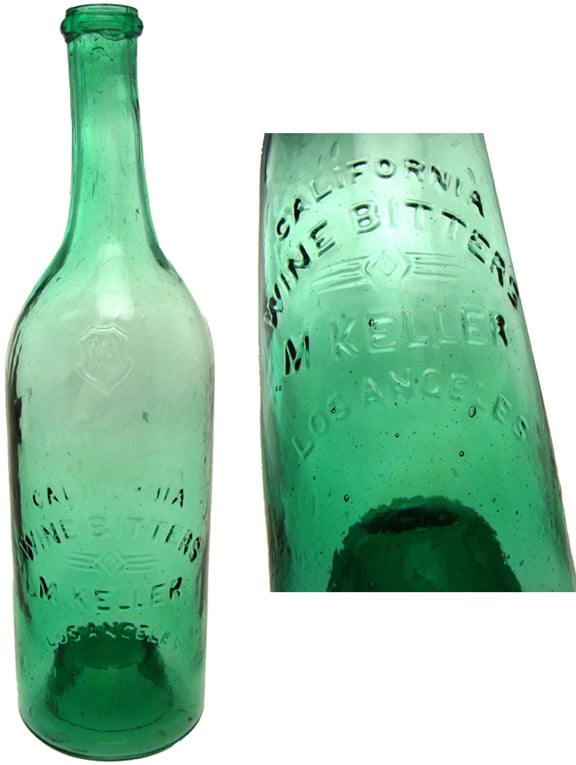 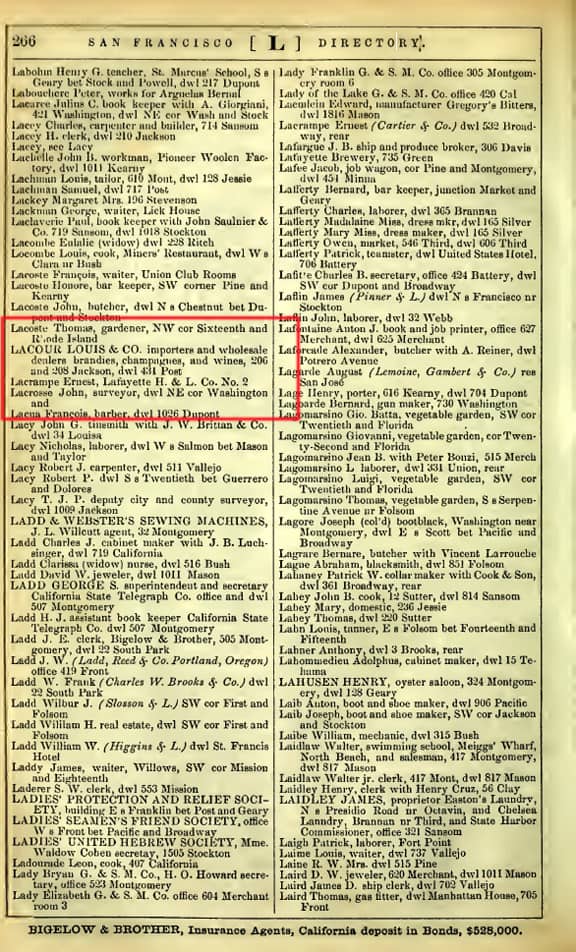 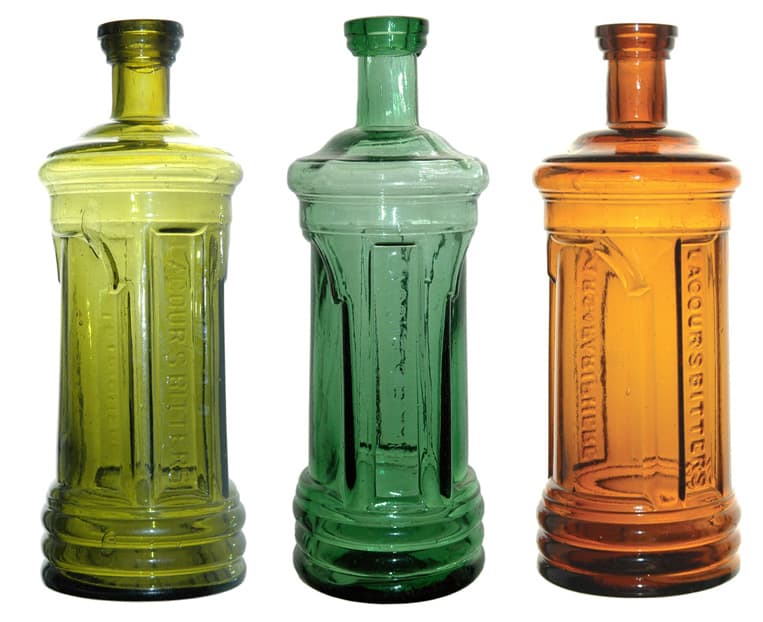 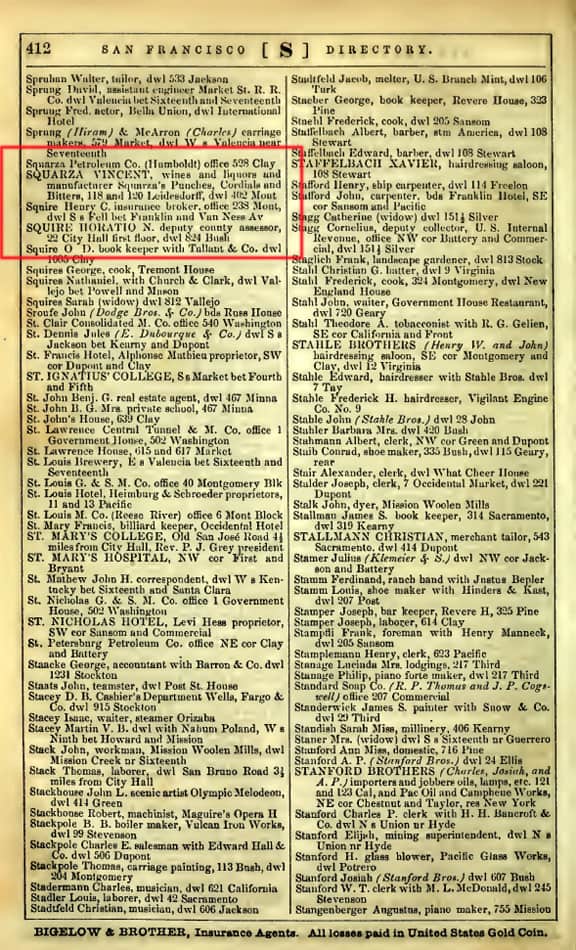 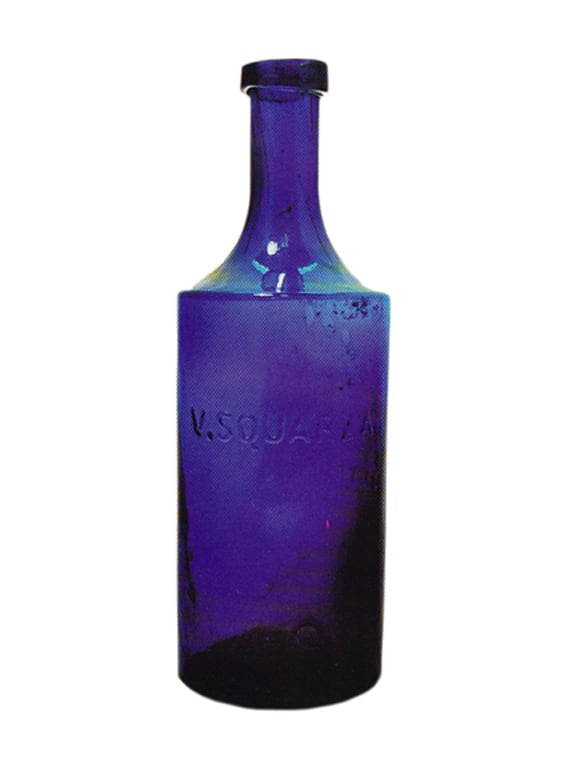 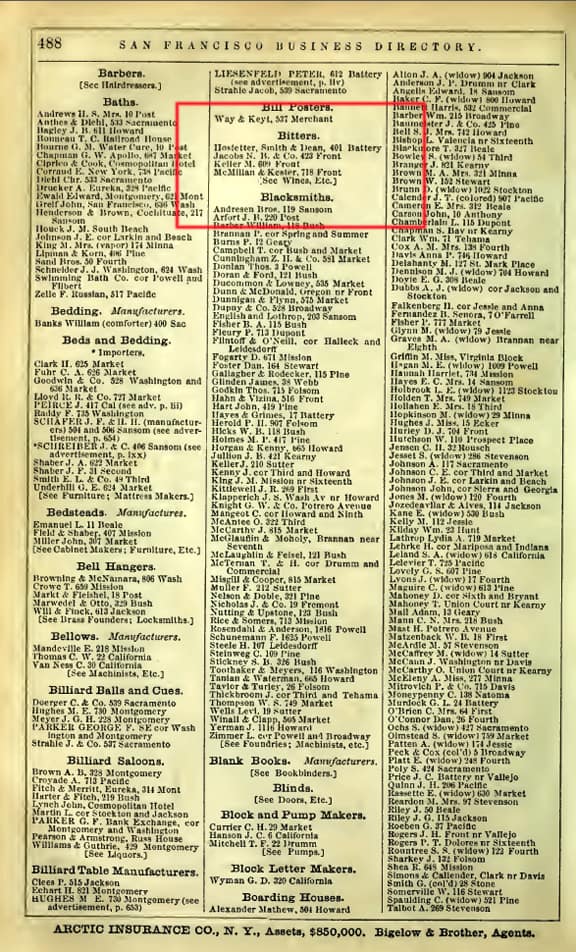 The Bitters listing in the San Francisco Directory. Slim pickings. Obviously more bitters could have been listed here. Nice to see the N. Jacobs listing for ROSENBAUM’S BITTERS (see picture below) 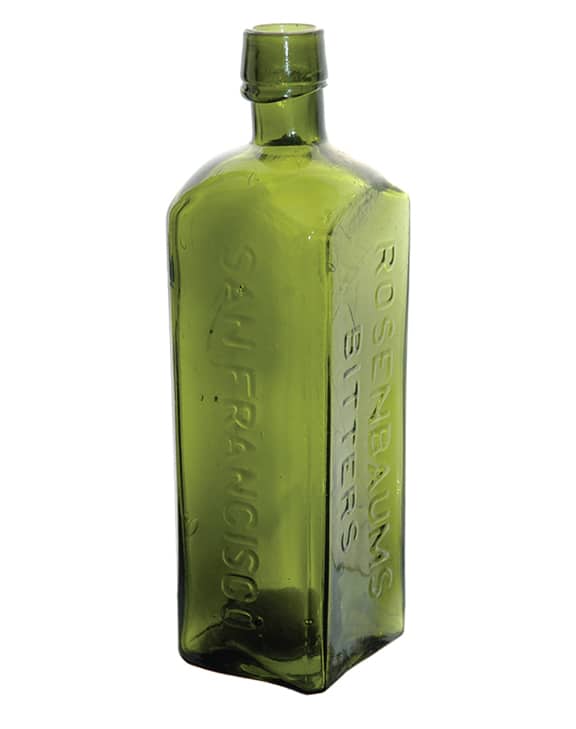 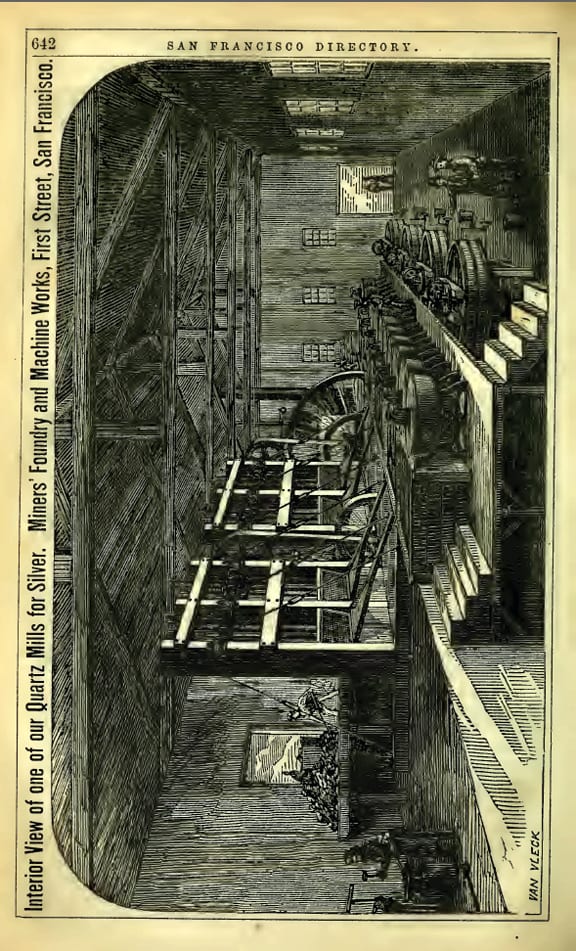 Super illustration of a interior view of Quartz Mills for Silver, Miners Foundry and Machine Works 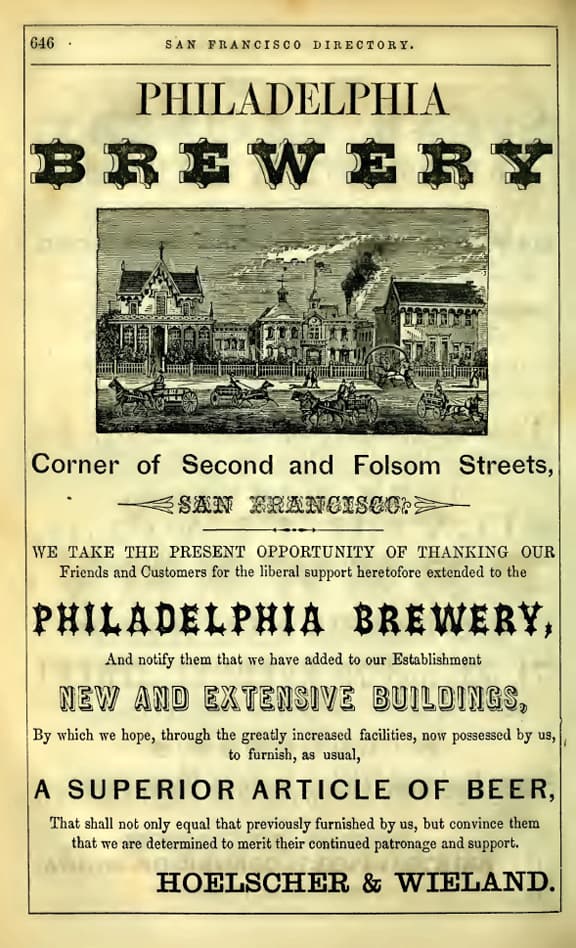 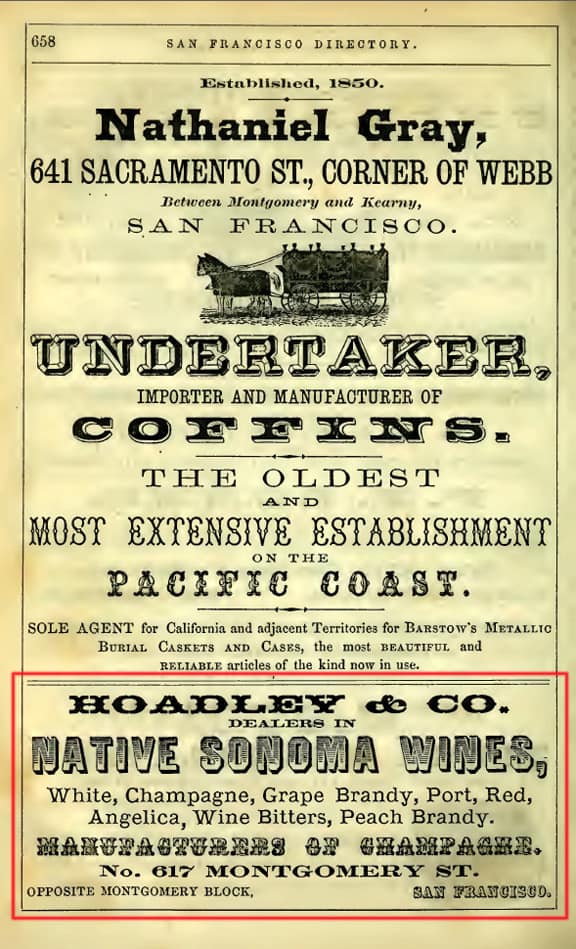 Two advertisements sharing the same page. Nathaniel Gray Undertaker not knowing some serious business is headed his way. Wine Biters noted in the Hoadley & Co. advertisement on the bottom. Which Wine Bitters (see above)? 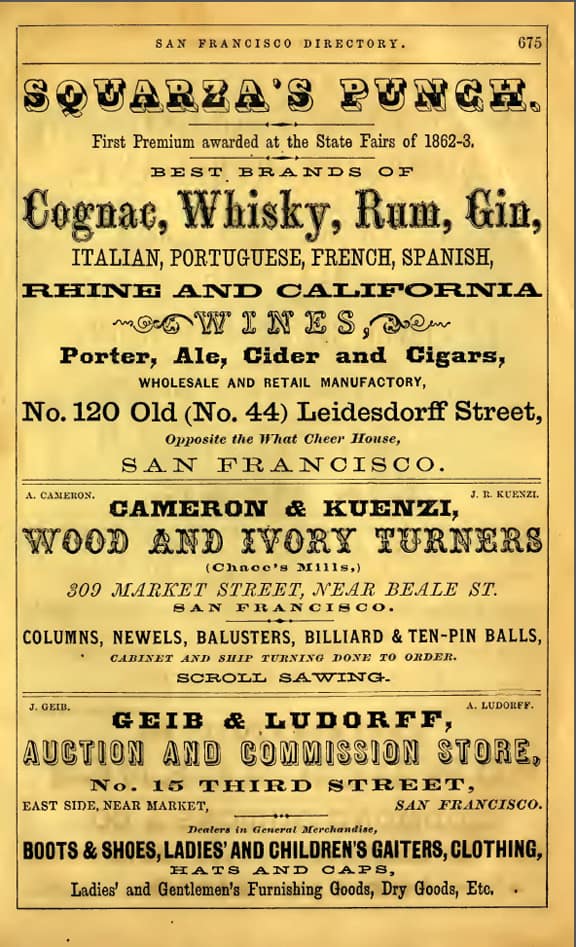 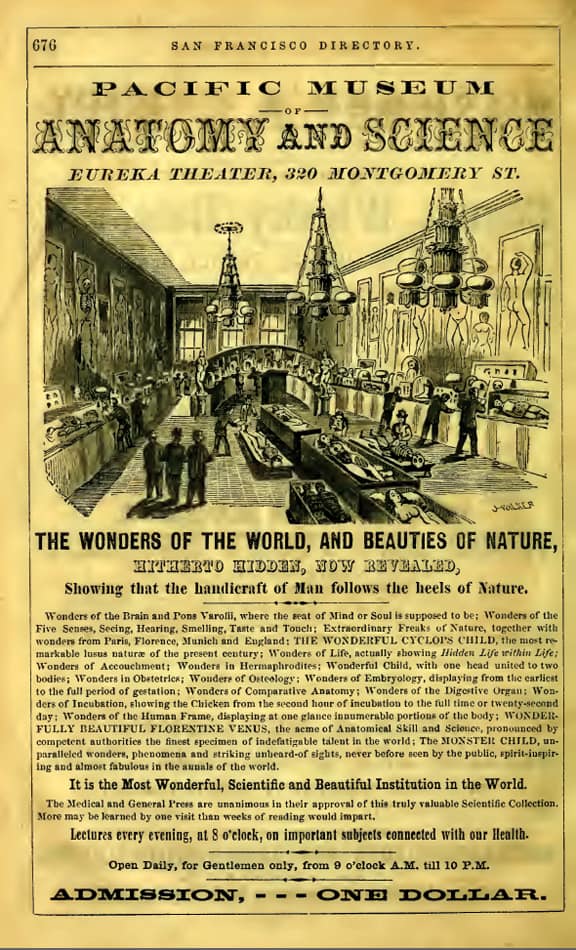 For Gentlemen only??? Bizarre advertisement for PACIFIC MUSEUM ANATOMY AND SCIENCE. “The Wonders of the World and Beauties of Nature”. Look at all the women is long open casket boxes! 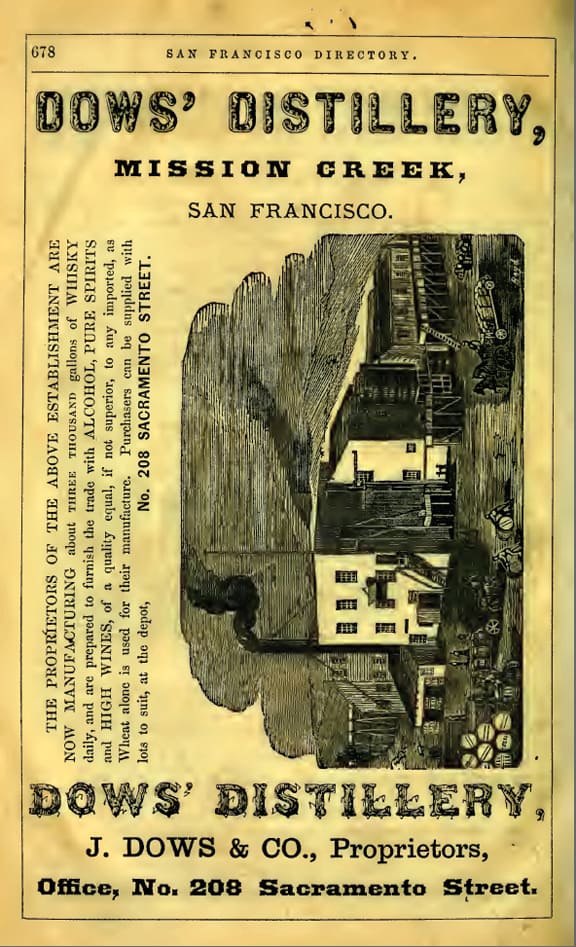 Cool, full page, DOW’S DISTILLERY advertisement. The typography is off the charts for the distillery name. Notice the difference between the top of bottom typestyles.