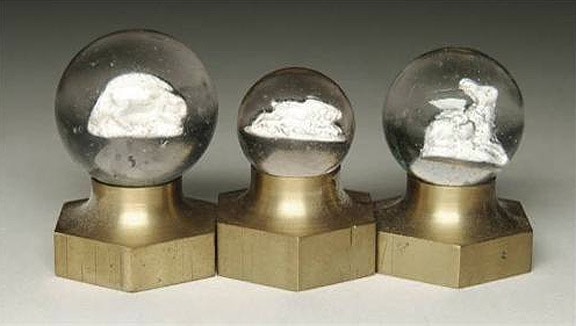 [from Marbles Galore] Sulphides, or figure marbles, are large translucent marbles manufactured in Germany from the mid-19th century up until the 1930s. Usually 1 1/2″ or more in size, they always feature a figure encased in the center, which early collectors mistakenly thought was made from sulfur. In fact these figures are made from porcelain and are usually animals but the rarer ones include people or numbers or other objects. No one knows exactly how many different figures or objects were made, but hundreds are known to exist. 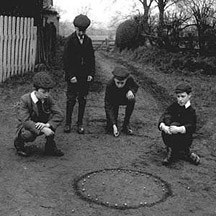 I noticed that the latest Glass Works ‘Ides of March’ Auction had a number of marble lots, many of them Sulfides. I’ve always liked these figural marbles and if I started collecting marbles I might start here. I put together some pictures of these neat collectibles.

If you are ever at Jeff Wichmann’s American Bottle Auctions in Sacramento, ask to look at some of Jeff’s great marbles. He really gets fired up telling you about all the variations and colors. He also has many of them displayed in a custon table stand that Richard Siri built. 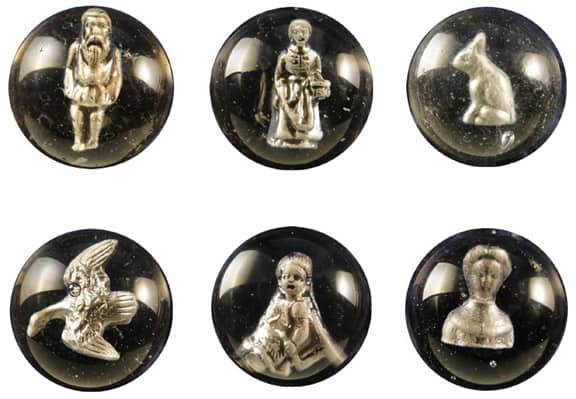 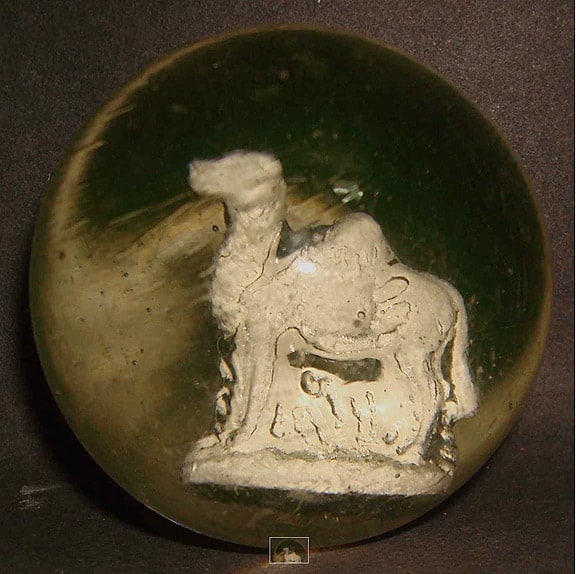 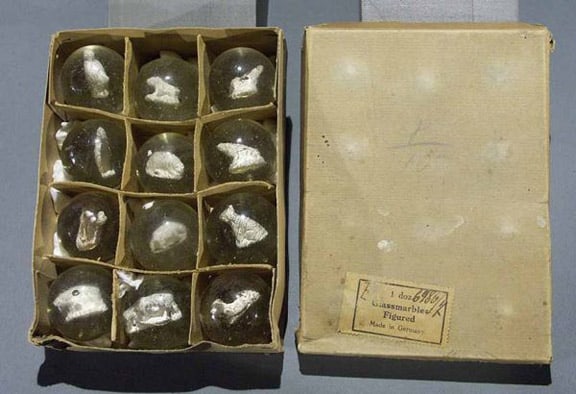 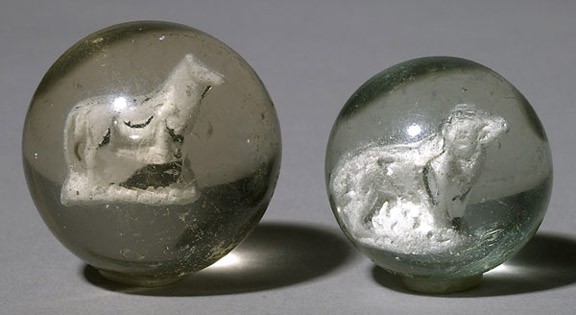 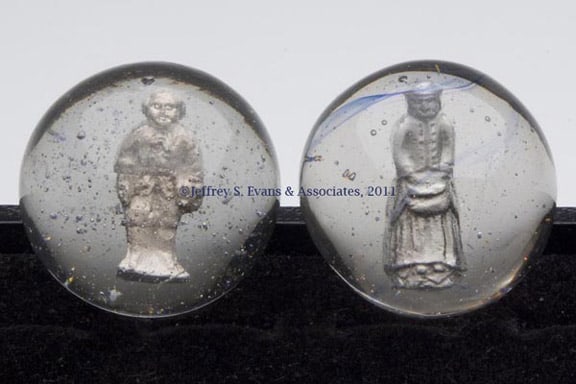 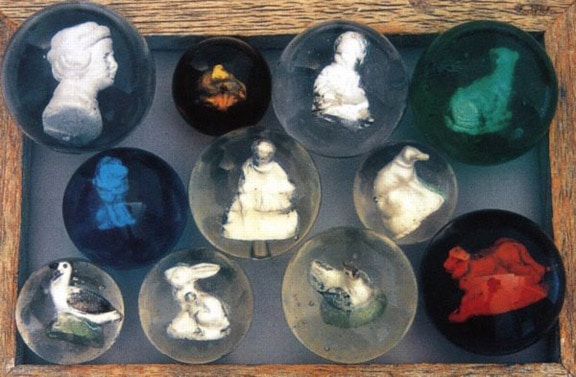 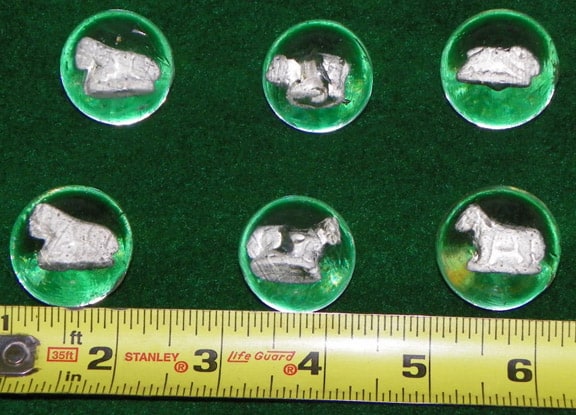 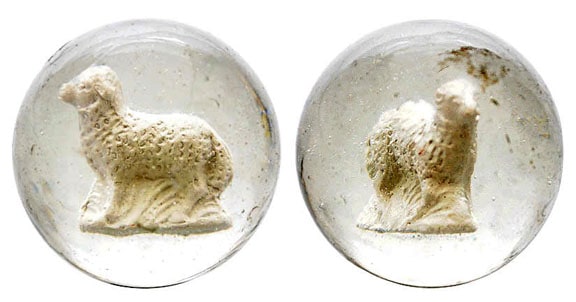 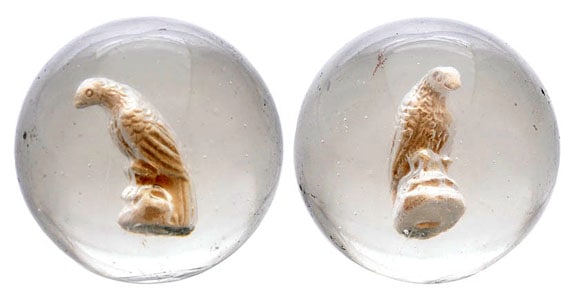 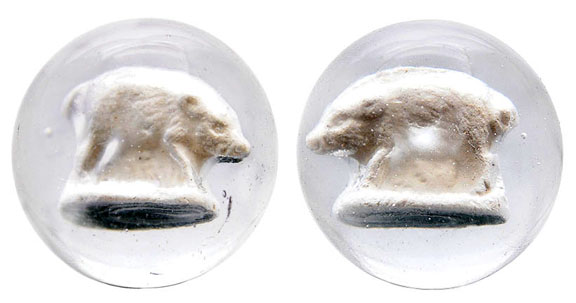 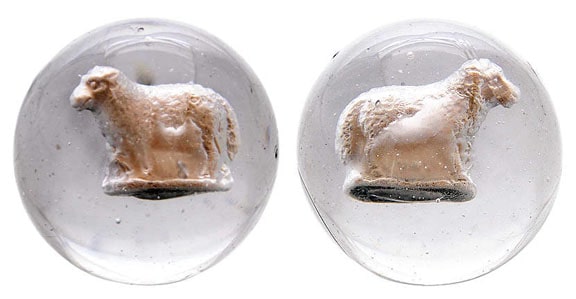 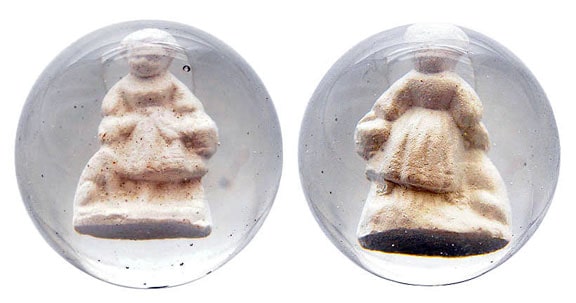 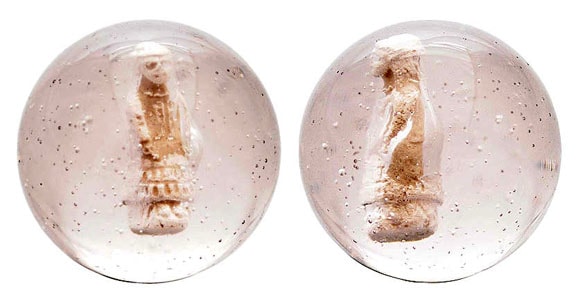 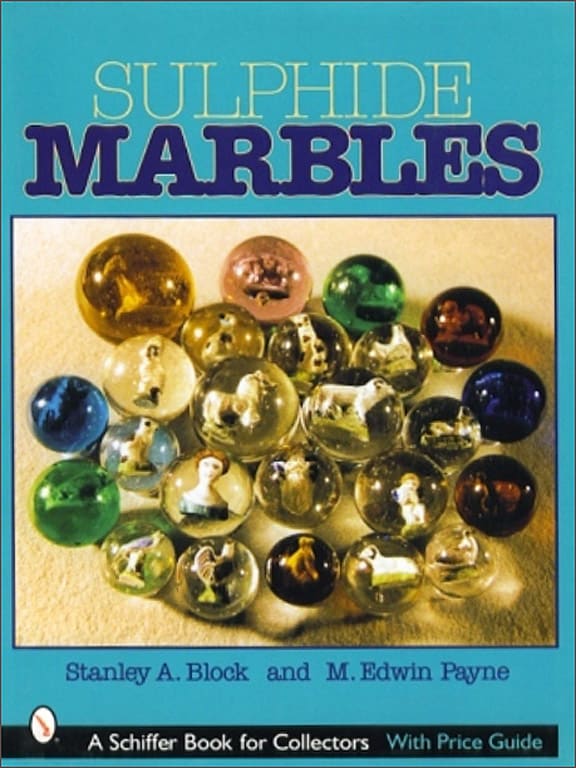 Ferdinand Meyer V is a native of Baltimore, Maryland and has a BFA in Fine Art and Graphic Design from the Kansas City Art Institute and School of Design. Ferdinand is the founding Principal of FMG Design, a nationally recognized design consultation firm. Ferdinand is a passionate collector of American historical glass specializing in bitters bottles, color runs and related classic figural bottles. He is married to Elizabeth Jane Meyer and lives in Houston, Texas with their daughter and three wonderful grandchildren. The Meyers are also very involved in Quarter Horses, antiques and early United States postage stamps. Ferdinand is the past 6-year President of the Federation of Historical Bottle Collectors and is one of the founding members of the FOHBC Virtual Museum.
View all posts by Ferdinand Meyer V →
This entry was posted in Marbles and tagged Figural Marbles, Germany, Glass Works, Jeff Wichmann, Marbles Galore, Morphy Auctions, porcelain, Richard Siri, Sulphide Marbles, transluscent. Bookmark the permalink.