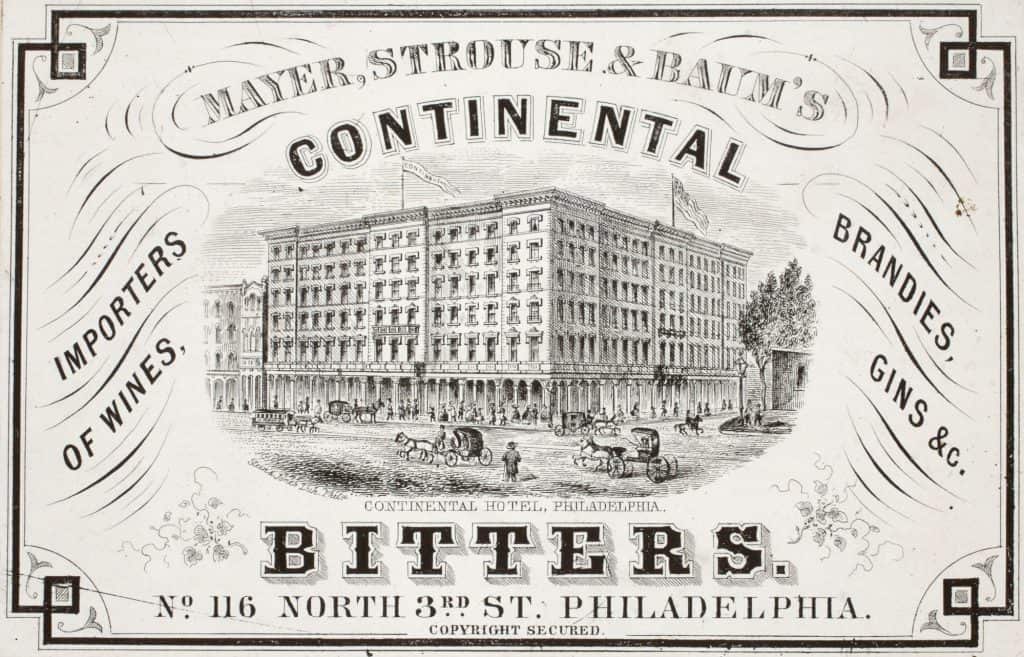 I recently came across this neat circa 1862 trade card advertisement (above) held by the The Library Company of Philadelphia for Continental Bitters put out by Mayer, Strouse & Baum which surprisingly, seems to be unlisted. The proprietors are noted as Importers of Wines, Brandies Gins &c. The primary image and the reason for the bitters name is an illustration of the Continental Hotel, at No. 116 North 3rd Street in Philadelphia, Pennsylvania. The card also shows street and pedestrian traffic, including horse-drawn carriages, an omnibus, and a man on horseback. 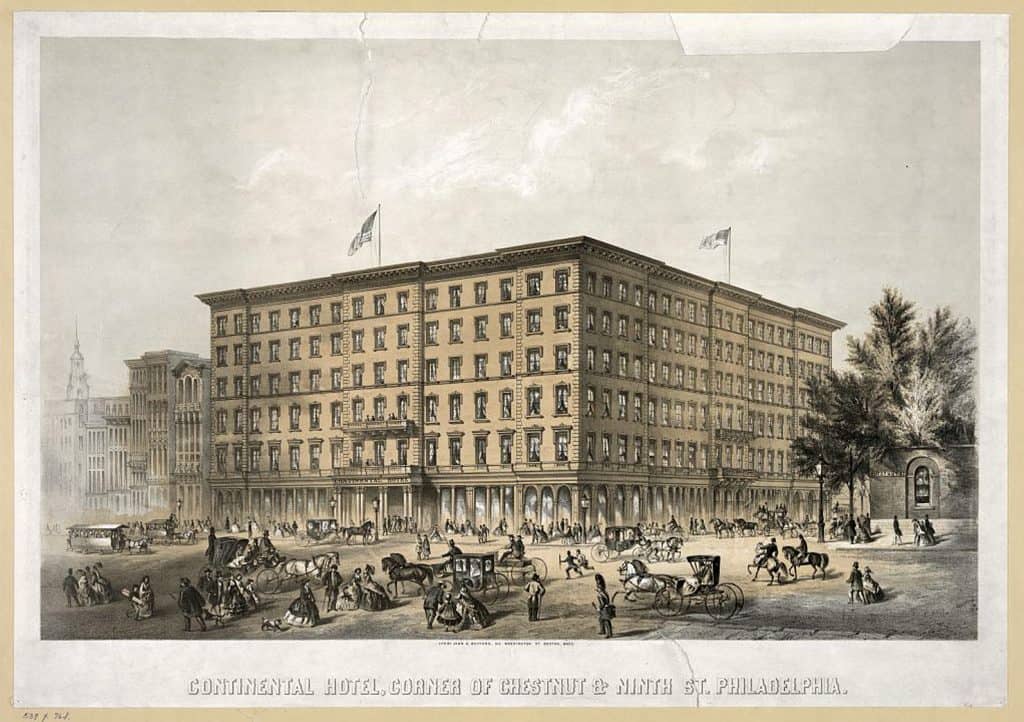 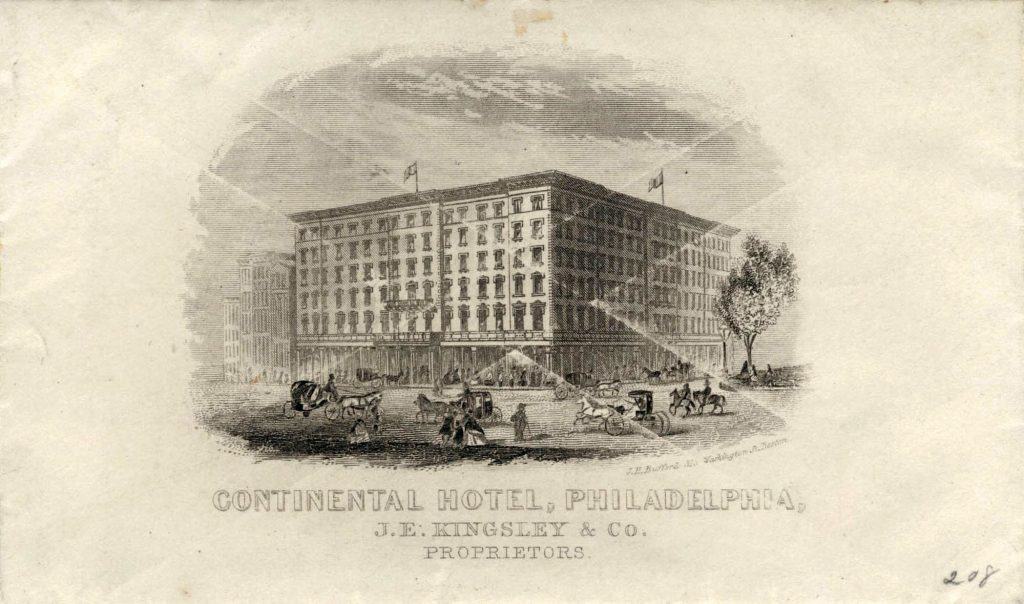 The Continental Hotel was tall for its time and sat prominently over the Washington Square neighborhood at a height of six stories. Located at the corner of 9th and Chestnut streets, the 700-room Continental Hotel opened its doors to the public in 1860 and featured one of the nation’s first elevators, in addition to a grand stairway crafted of polished Italian marble that ushered guests into its world of no-holds-barred extravagance.

The architect was John McArthur, Jr. who was known for being the architect of the Philadelphia City Hall. Abraham Lincoln visited Philadelphia on February 21-22, 1861 arriving from New York via Newark and Trenton to stay at the new Continental Hotel. There he talked with advisers about the rising tensions and learned of a newly-discovered assassination plot. The following morning, Lincoln went to Independence Hall to ceremoniously raise the nation’s new flag. He hadn’t prepared a speech but spoke to the issues of the day. The hotel was demolished in 1924.

There are no examples of this bitters other than this advertising reference. Bill Ham with Bitters Bottles Supplement 2 may want to list in his upcoming book.

Not much is known about Mayer, Strouse & Baum though we can see from Philadelphia city directories that they were in business from 1861-1863 at 116 North 3rd Street in Philadelphia, Pennsylvania. The partners were Jacob Mayer, Levi Strouse and Gabriel Baum who were wholesale liquor dealers and importers. It must have been challenging conducting business in the midst of the Civil War. Jacob Meyer would continue with his own operation afterwards while Strouse and Baum went into business together selling liquor.

Ferdinand Meyer V is a native of Baltimore, Maryland and has a BFA in Fine Art and Graphic Design from the Kansas City Art Institute and School of Design. Ferdinand is the founding Principal of FMG Design, a nationally recognized design consultation firm. Ferdinand is a passionate collector of American historical glass specializing in bitters bottles, color runs and related classic figural bottles. He is married to Elizabeth Jane Meyer and lives in Houston, Texas with their daughter and three wonderful grandchildren. The Meyers are also very involved in Quarter Horses, antiques and early United States postage stamps. Ferdinand is the past 6-year President of the Federation of Historical Bottle Collectors and is one of the founding members of the FOHBC Virtual Museum.
View all posts by Ferdinand Meyer V →
This entry was posted in Advertising, Art & Architecture, Bitters, Brandy, Gin, History, liquor, Liquor Merchant, Spirits, Wine & Champagne and tagged Abraham Lincoln, bitters, Brandy, Continental, Gabriel Baum, Gin, Hotel, Importers, Jacob Mayer, Levi Strouse, liquor, Mayer, merchant, Pennsylvania, Philadelphia, Strouse & Baum, Wine. Bookmark the permalink.