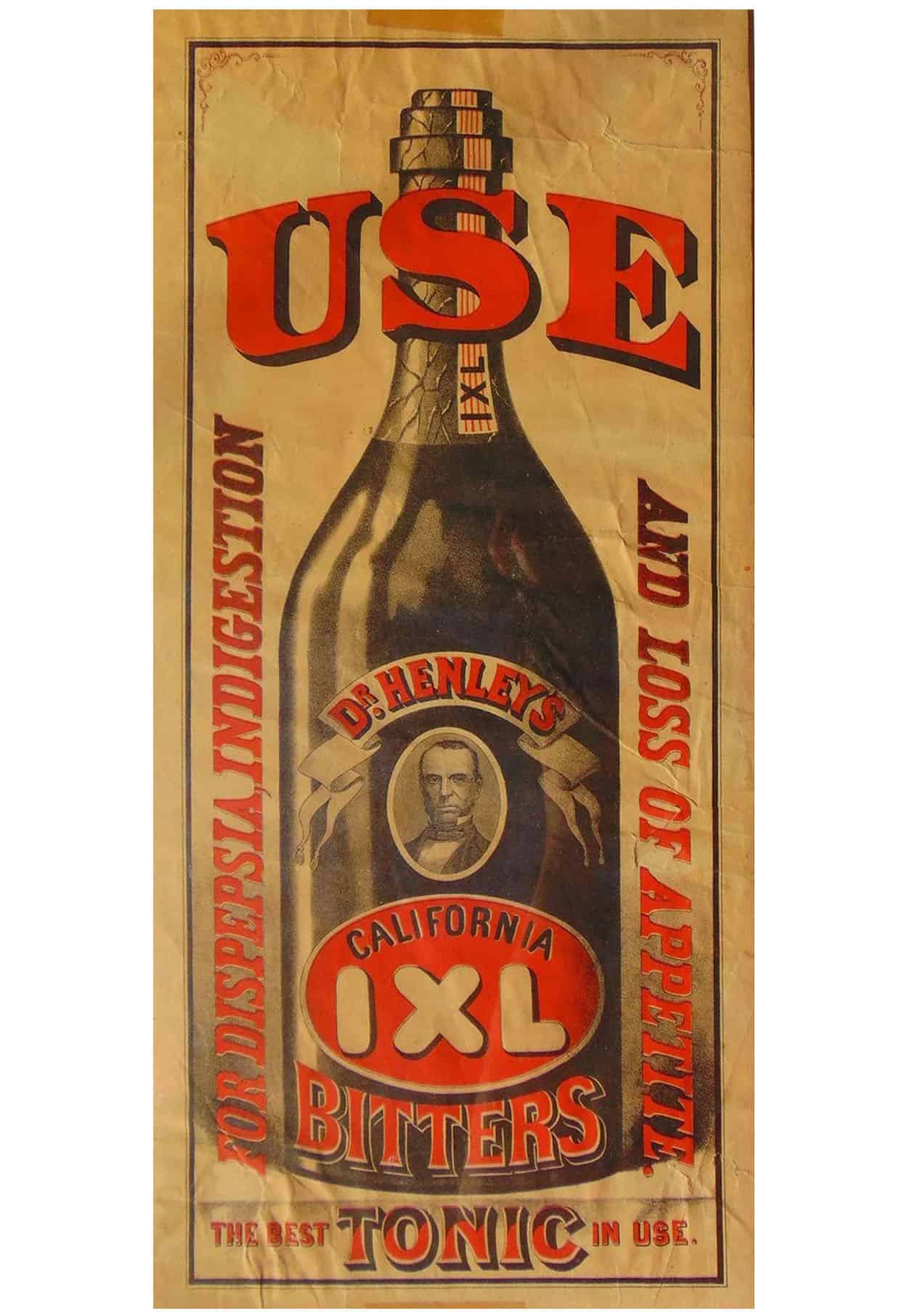 Dr. William Henley is associated with a wide variety of products ranging from bitters to various types of patent medicines. His bitters bottles, typically round cylinders, are highly prized collectibles that come in a striking range of colors. I was able to see a pretty good run of IXL Bitters at a western shootout at the Auburn Bottle Show back in 2010. 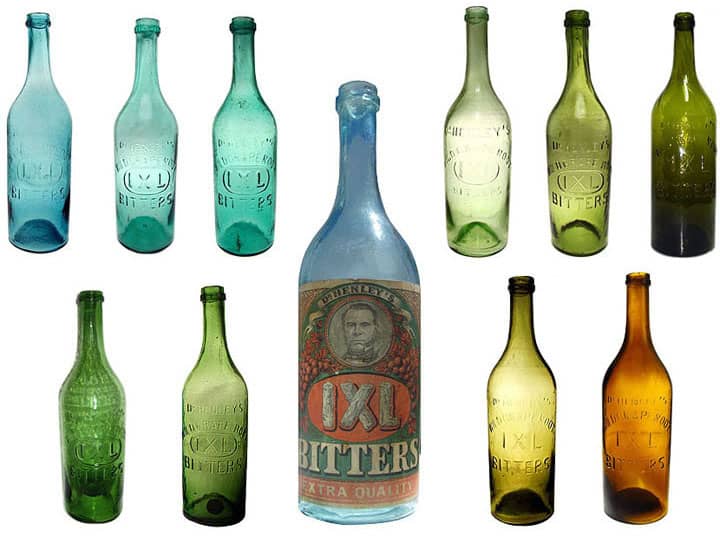 Dr. Henley’s Wild Grape Root IXL Bitters was invented in 1868 by Dr. William Henley who partnered with Louis Gross (L. Gross & Co.) who was a wholesale and retail druggist in Portland, Oregon. At least fifty cases of this product were displayed at the 1868 California State Fair by Dr. Henley and he won first prize.

Henley was born in 1838 and is first listed as an oculist working out of his residence at 157 Front Street in Portland. An oculist is actually an outdated and old-fashioned term. Now, the more popular names for these kinds of eye doctors are ophthalmologist and optometrist. Ophthalmologists deal with more serious problems and diseases. Optometrists address less serious issues, perform vision tests, and prescribe corrective lenses.

By 1868, William Henley is listed as a physician practicing and residing at the corner of Fifth and Jefferson in Portland. This is when we start seeing some of his advertising for bottles of medicines and his IXL Grape Root Bitters. How you go from being an eye doctor to putting out one of the finest western bitters is an interesting story involving a number of gentleman all capitalizing on the extreme popularity of medicinal bitters.

Henry Epstein was born around 1838 and was from Bohemia. He came to New York when he was a boy with his father and headed west to Nevada where his family operated a store in Genoa near Carson Valley. We next see him clerking in Sacramento, California in 1860. His father was a leather manufacturer that same year in Sacramento. At the age of 26, in 1864, young Epstein was elected to the first Nevada State Legislature as an assemblyman from Douglas County.

In 1868, Epstein was listed as a commission merchant in San Francisco with an office at 312 Sacramento. He was working for Edward Vollmer & Company in Belmont, Nevada, a booming silver town in Nevada’s Nye County. During this period, Epstein pursued his business interests in California and Nevada. Epstein was living at 335 Eddy in San Francisco with his father Simon, who was a liquor dealer. Simon Epstein would eventually become a partner with I. Landsberger & Company.

In 1869, William Henley and Louis Gross associated themselves with Henry Epstein and they started selling Dr. Henley’s Wild Grape Root IXL Bitters under the flag of L. Gross & Company at 518 Front Street in San Francisco. Advertising notes that Gross was the manufacturers and sole proprietor.

By 1871, William Henley was a partner living in Chicago and the umbrella business was called H. Epstein and Company. By 1873, Edward Vollmer, Louis Gross and the IXL Bitters brand had become part of I. Landsberger & Company who were now listed as the sole proprietors of IXL Bitters. Isador Landsberger was a premier grape grower making award winning wines in San Francisco, California. He associated himself with the likes of M. Keller, and E.P. Cassin, familiar bitters names. We also see that Henry Epstein is listed as stock broker with H. H. Noble &. Company in San Francisco, so again, he had multiple interests. 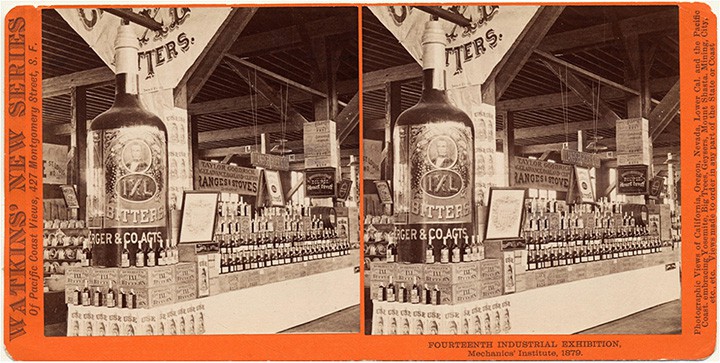 By 1881, Arpad Haraszthy & Company was the proprietor of IXL Bitters. They were located at 10 Jones Alley in San Francisco. Arpad Haraszthy was born in Hungary on June 28, 1840. He was a pioneer California winemaker best known as the creator of Eclipse champagne, the first commercially successful sparkling wine produced in the state. He was the first president of the California State Board of Viticultural Commissioners, one of the founding members and first officers of San Francisco’s world-famous Bohemian Club, and a frequent and articulate writer on wine, winemaking, and viticulture. [read obit at base of post for in-depth info]

A excellent article (four-part series) called Dr. Henley’s Royal Palm Gin, written by two our our finest antique bottle authors, Stephen Hubbell and Eric McGuire, appears in the FOHBC magazine Bottles and Extras in 2014. Become a member of the FOHBC and read these articles online. 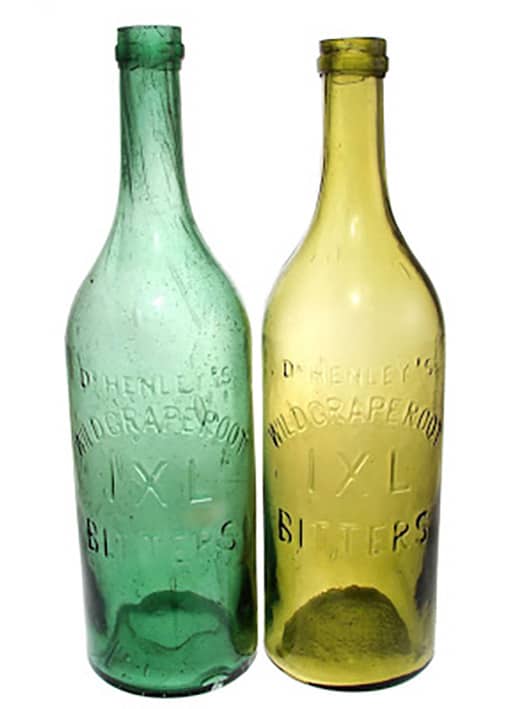 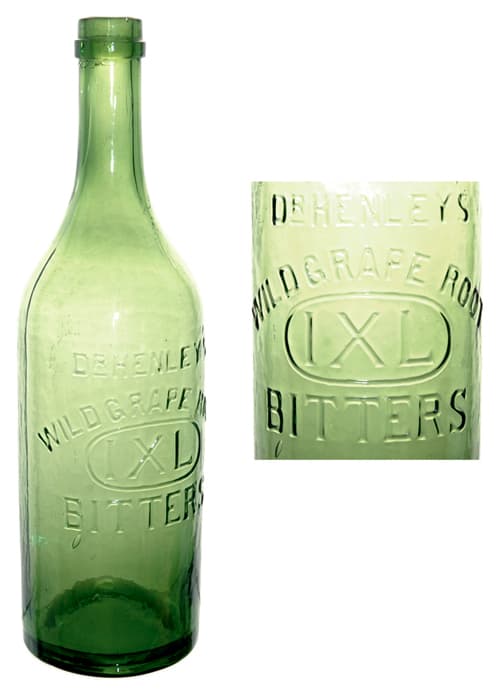 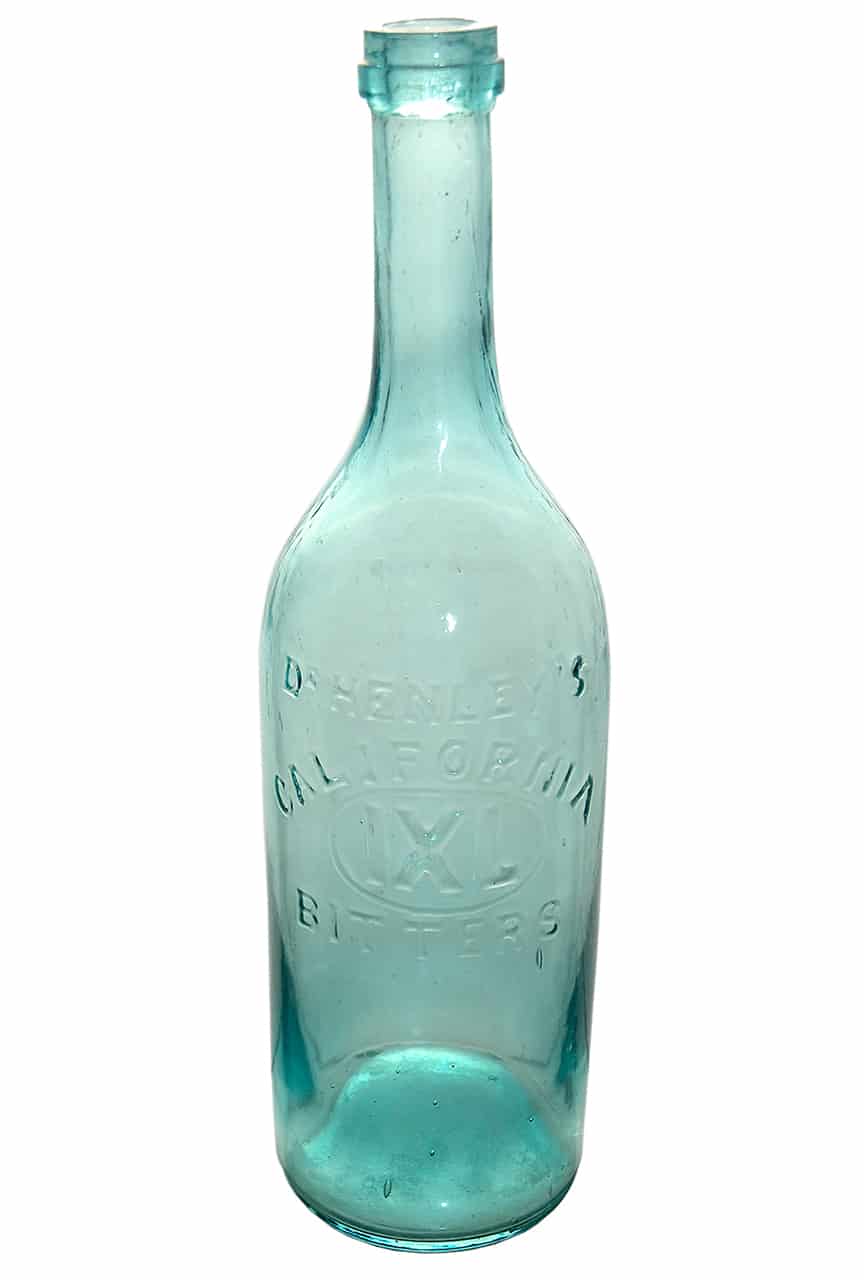 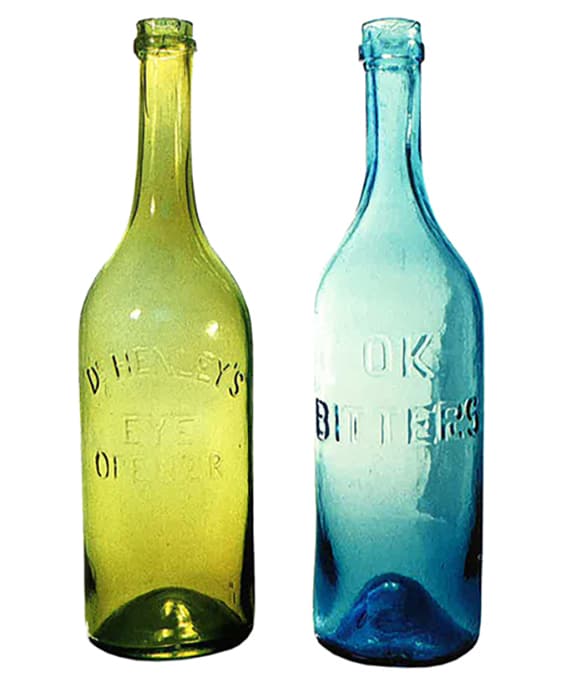 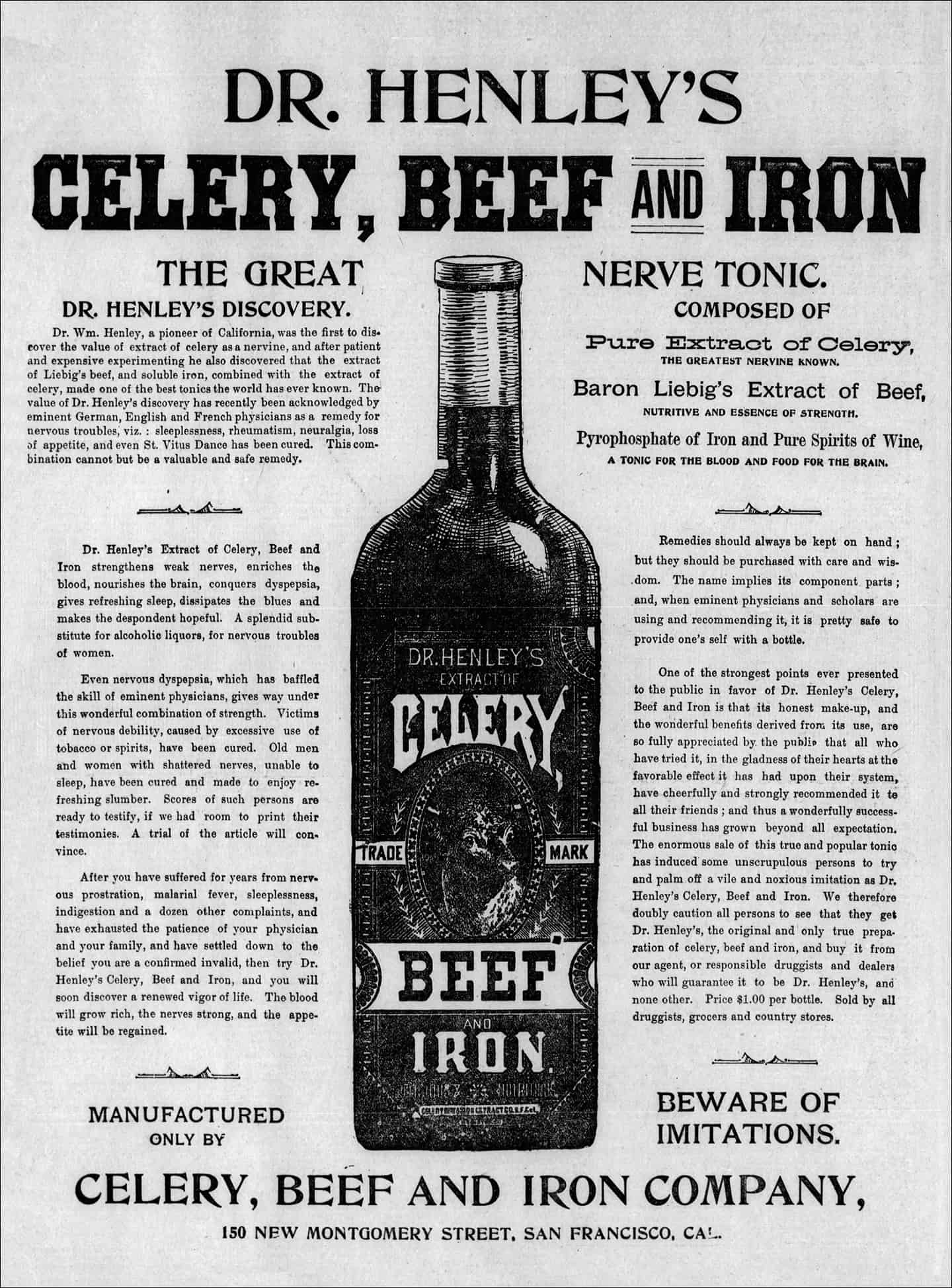 The following advertising trade card ephemera is from the Joe Gourd collection. 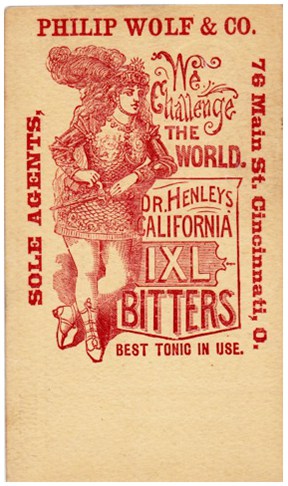 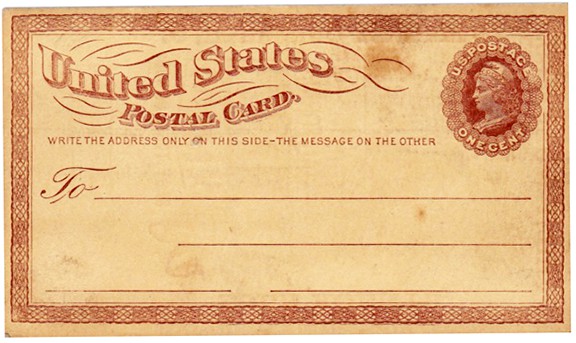 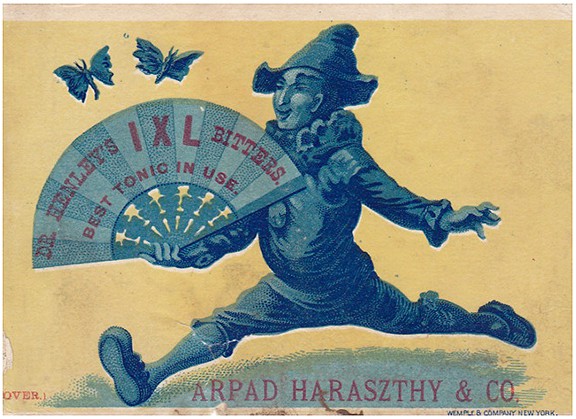 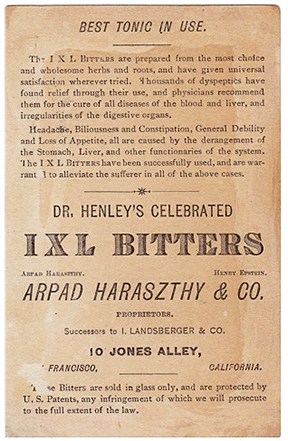 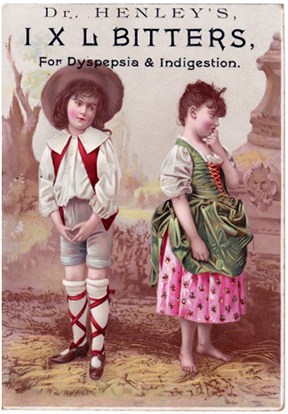 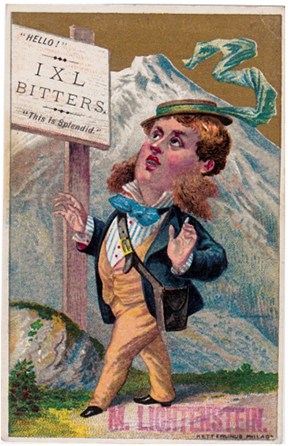 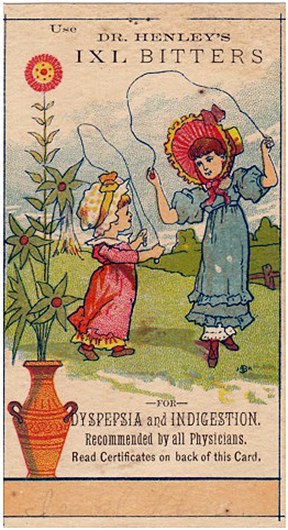 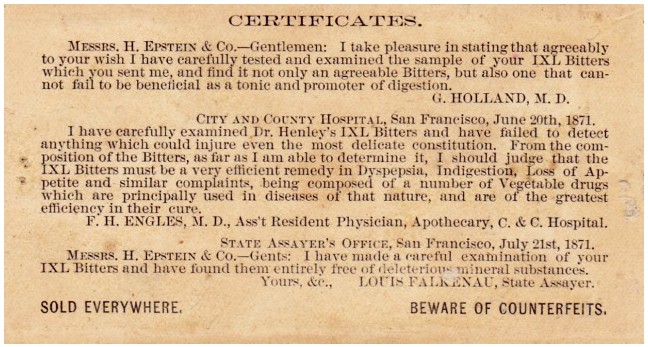 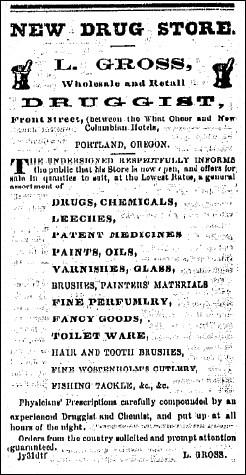 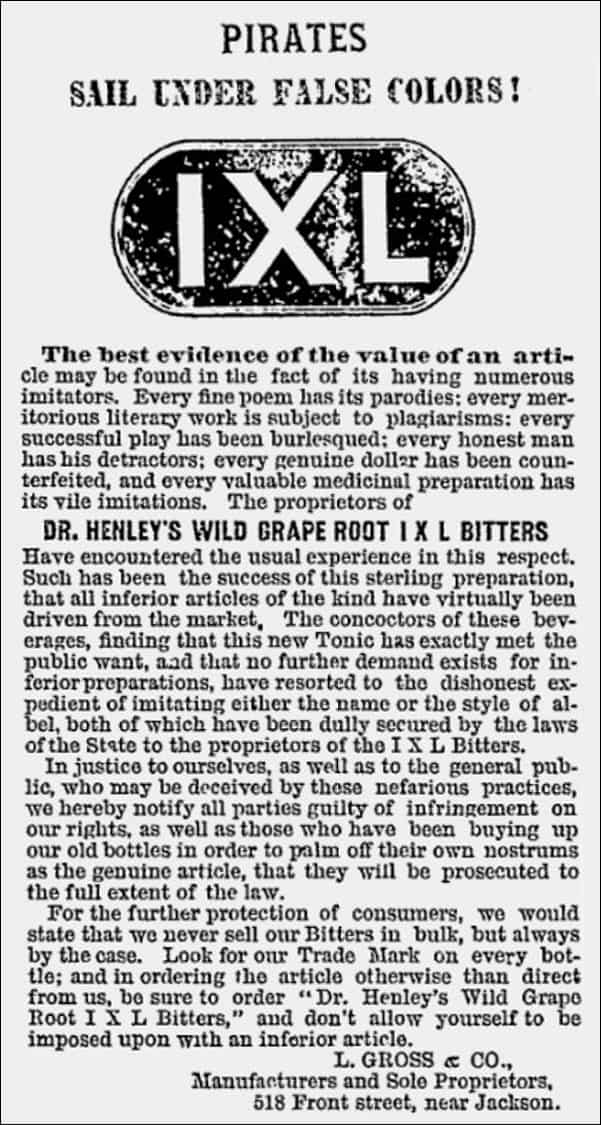 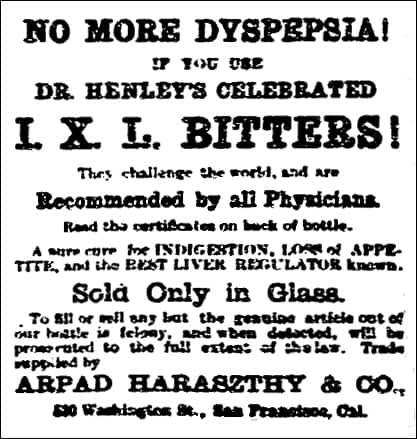 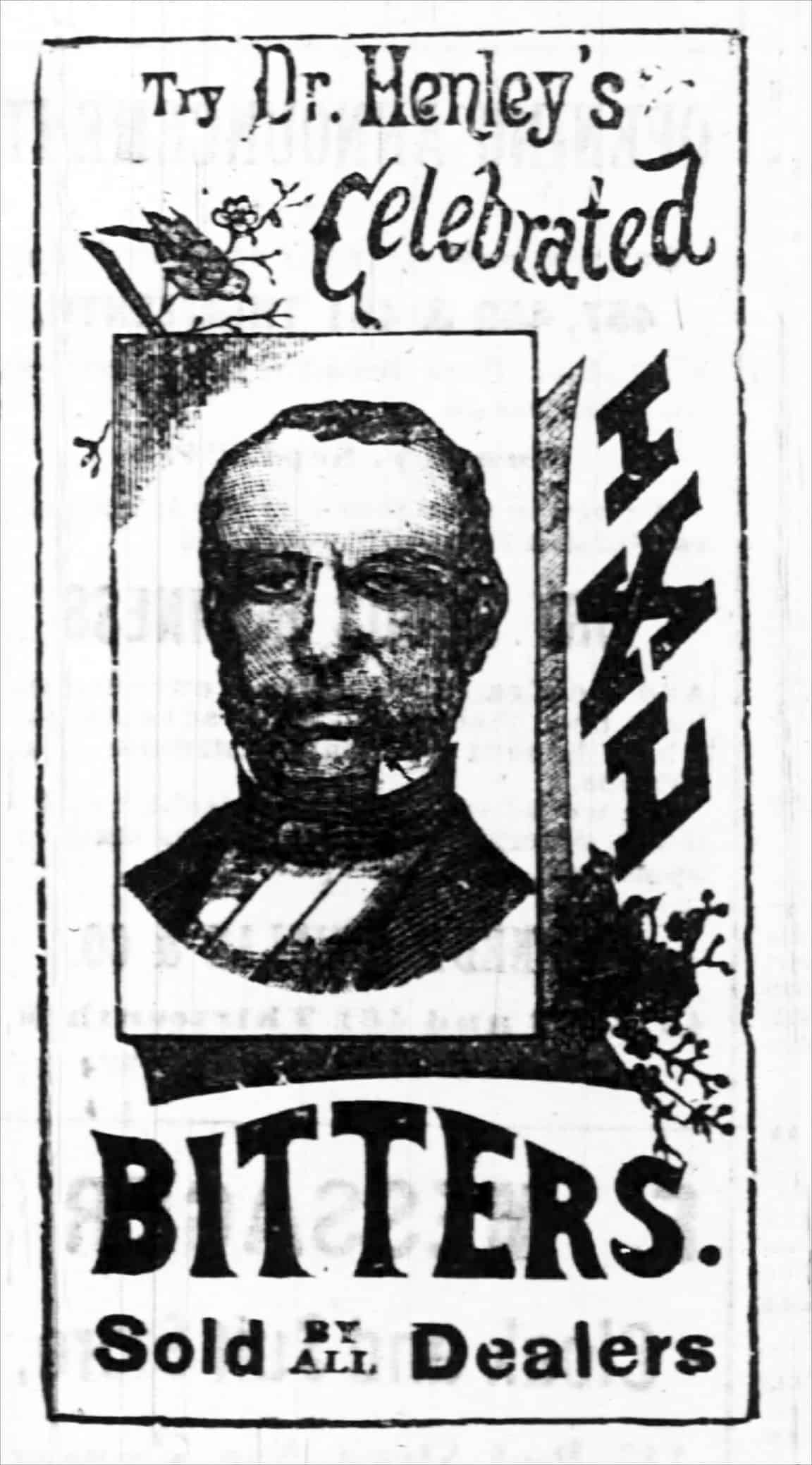