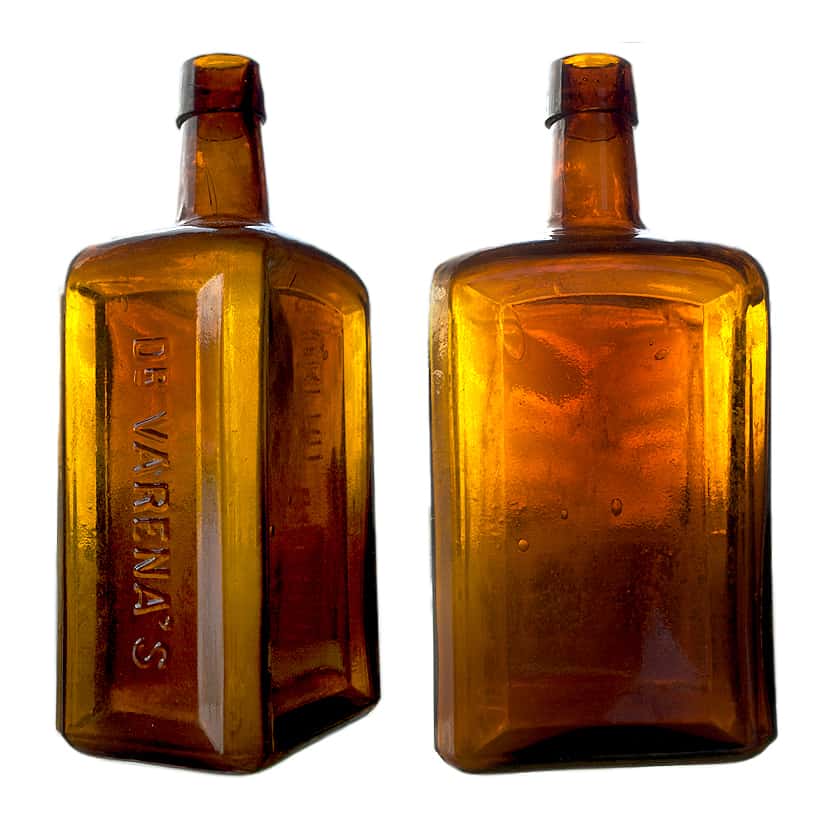 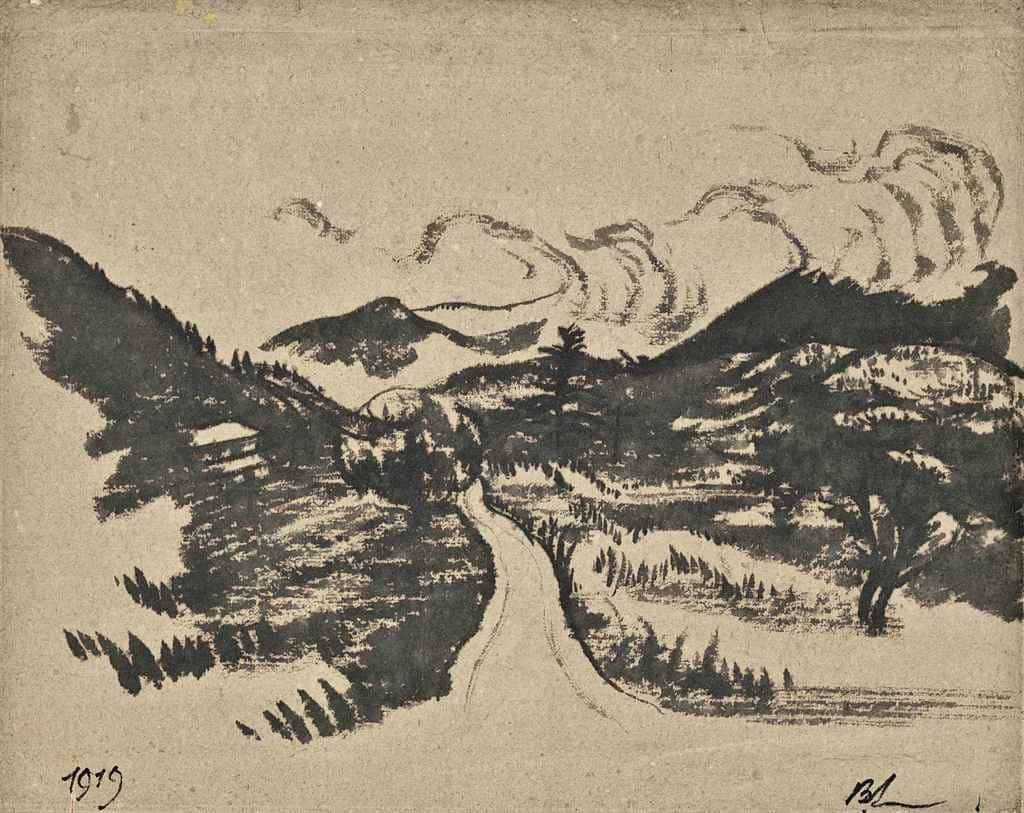 Here is a later bitters bottle that never really gets talked about. There is an example in the current Glass Works Auctions | Auction #124 that prompted this post. I got my example back in 2003 at the Baltimore Antique Bottle Show from Ed Herrold. Miss that guy. Many of my early bitters came from Ed who is pictured below with his wife Juanne. Read: Ed Herrold Passing – A True Bottle Friend 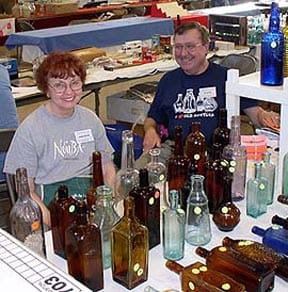 Dr. Varena’s Japan Bitters was made by Lion Manufacturing Company in 1887 in Peoria, Illinois. Originally the company was called the Lion Vinegar Works. The vinegar company was located at 1202 – 1208 Garden Street and was a concern distinctively engaged in vinegar production in Peoria. They manufactured vinegar and bitters, and had a capital invested of $8,000. Their annual product amounts were $10,00o and they employed five to six hands, with an annual payroll of $2,500. The name change occurred 1887.

Lion Manufacturing Co. filled a Trademark Application on October 1, 1887 and noted that the product had been used since March 1887. The Trademark consisted of the the words ‘DR. VARENA’S JAPAN BITTERS’ with a representation of Japanese landscape. Unfortunately I can not find a labeled example or any color advertising. Bet it’s a nice label. I have no clue who Dr. Varena was, but advertising states he had been a resident physician at Tokyo, Japan according to the original recipe used by the natives.

The bitters sold for $1 a bottle or 6 bottles for $5. They knew their bottle and product was not fancy but claimed that the bitters had been used in the Oriental Countries as a remedy against all disorders of the digestive organs, especially the stomach, liver and kidney. 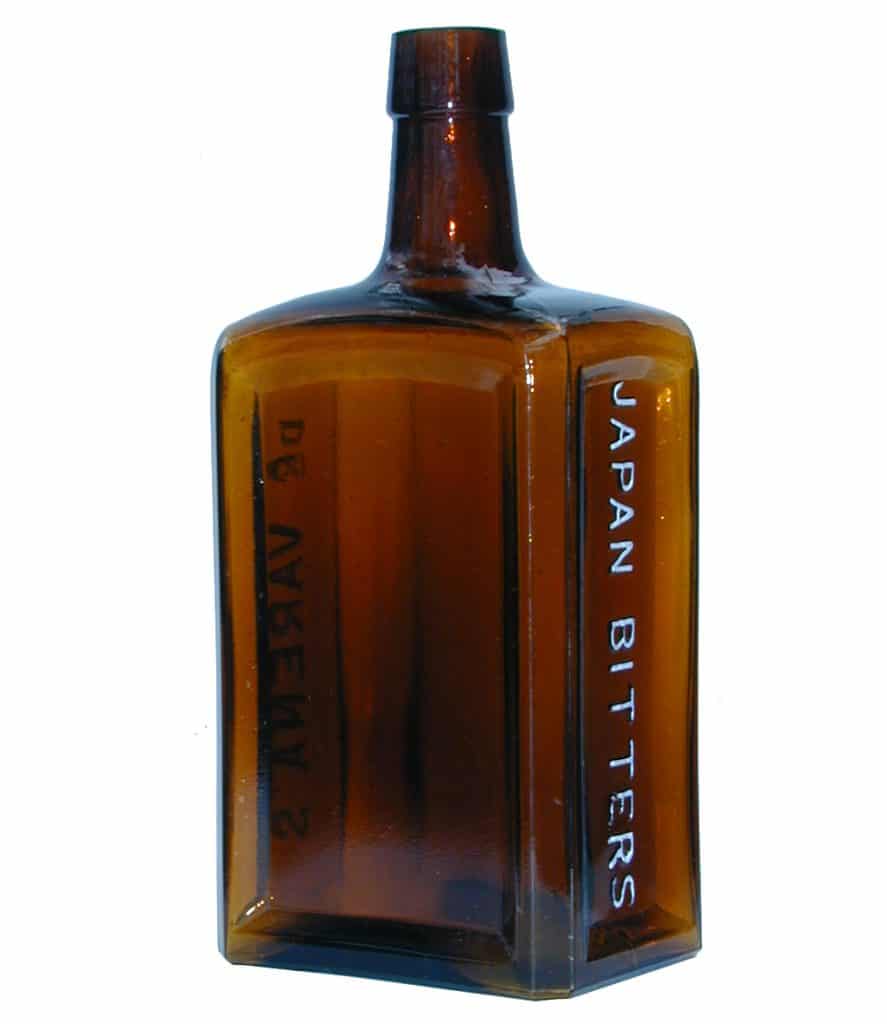 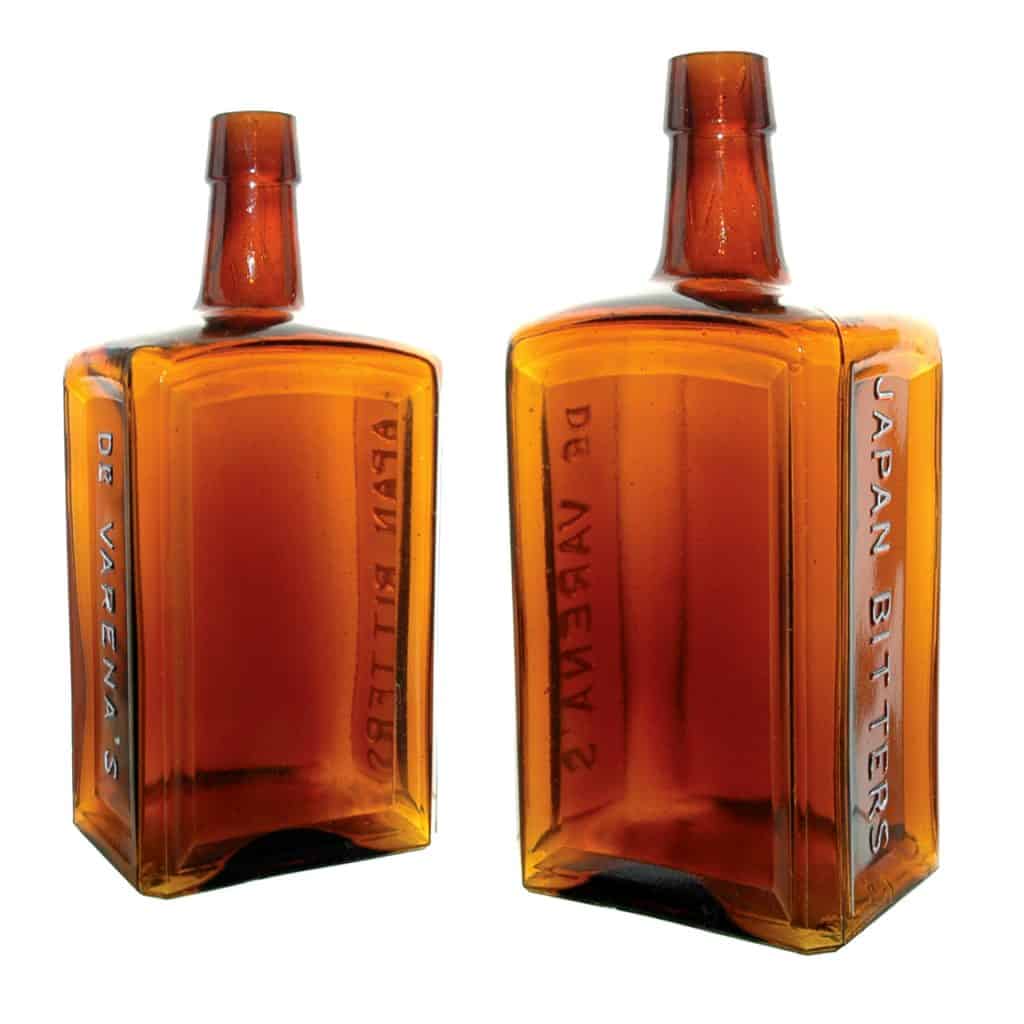 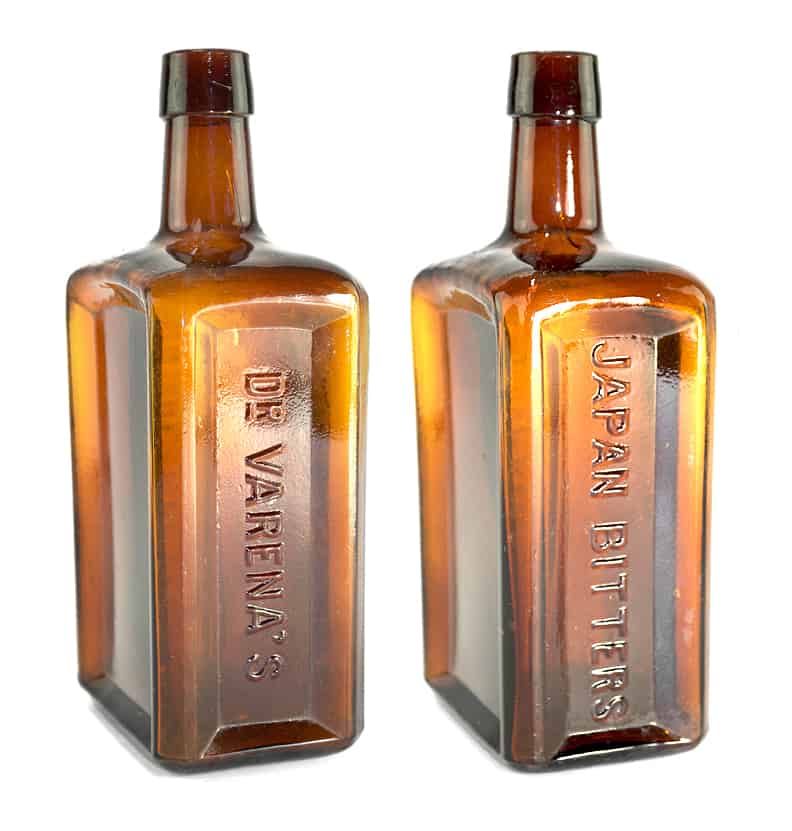 1887: Notice (below): Certificate filed to record the increase the capital stock of the Lion Vinegar Company, in Peoria, Illinois from $6,000 to $12,000 and change name to Lion Manufacturing Company. – Chicago Tribune, Thursday, May 26, 1887 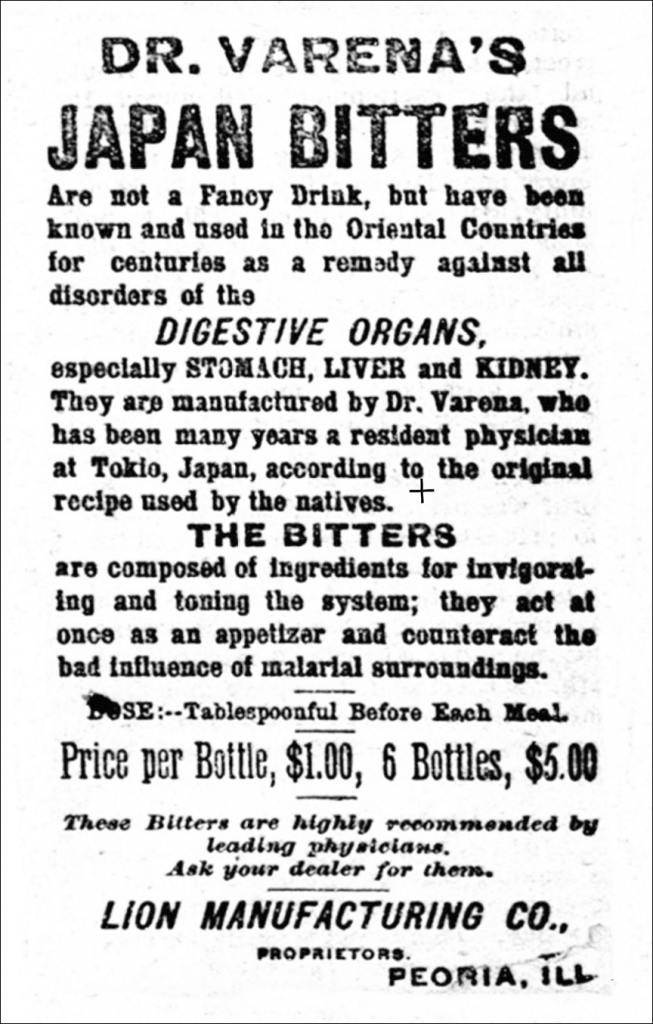 Ferdinand Meyer V is a native of Baltimore, Maryland and has a BFA in Fine Art and Graphic Design from the Kansas City Art Institute and School of Design. Ferdinand is the founding Principal of FMG Design, a nationally recognized design consultation firm. Ferdinand is a passionate collector of American historical glass specializing in bitters bottles, color runs and related classic figural bottles. He is married to Elizabeth Jane Meyer and lives in Houston, Texas with their daughter and three wonderful grandchildren. The Meyers are also very involved in Quarter Horses, antiques and early United States postage stamps. Ferdinand is the past 6-year President of the Federation of Historical Bottle Collectors and is one of the founding members of the FOHBC Virtual Museum.
View all posts by Ferdinand Meyer V →
This entry was posted in Bitters, History, Medicines & Cures and tagged bitters, company, Dr., Ed Harrold, illinois, Japan, lion, Manufacturing, Oriental, Peoria, Remedy, Tokyo, Varena, Vinegar. Bookmark the permalink.