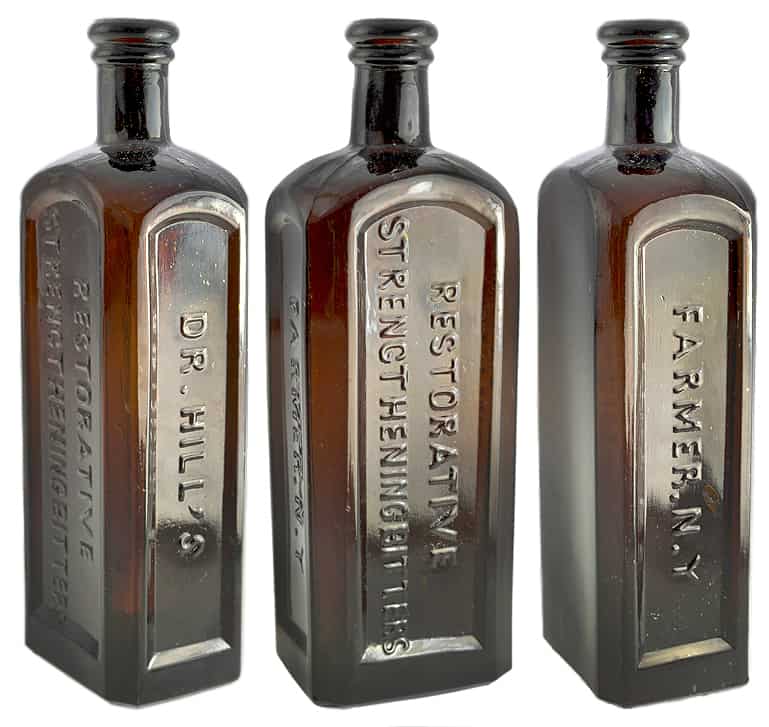 The Dr. Hills Restorative Strengthening Bitters is a hard-to-find bottle that I have only seen once at a bottle show and now twice at auction. Read: Two Exceptional Western New York Bitters

As far as auctions, Glass Works Auctions #107 previously sold the top pictured example from the Jack Stecher collection and last week, one was sold at Heckler Auction #167 (pictured below). I do not think it is the same bottle. Apparently there is a pontiled aqua example too.

The bottle has a smooth base, is 9 1/2″ tall and has an applied double collar mouth. The GWA write-up said, “Perfect ‘attic’ found condition. Extremely rare and to our knowledge the only one to ever come up for auction! Possibly earlier than we indicate as an aqua example exists with an iron pontil. In 1907 the town of Farmer became Interlacken, which it is today.” 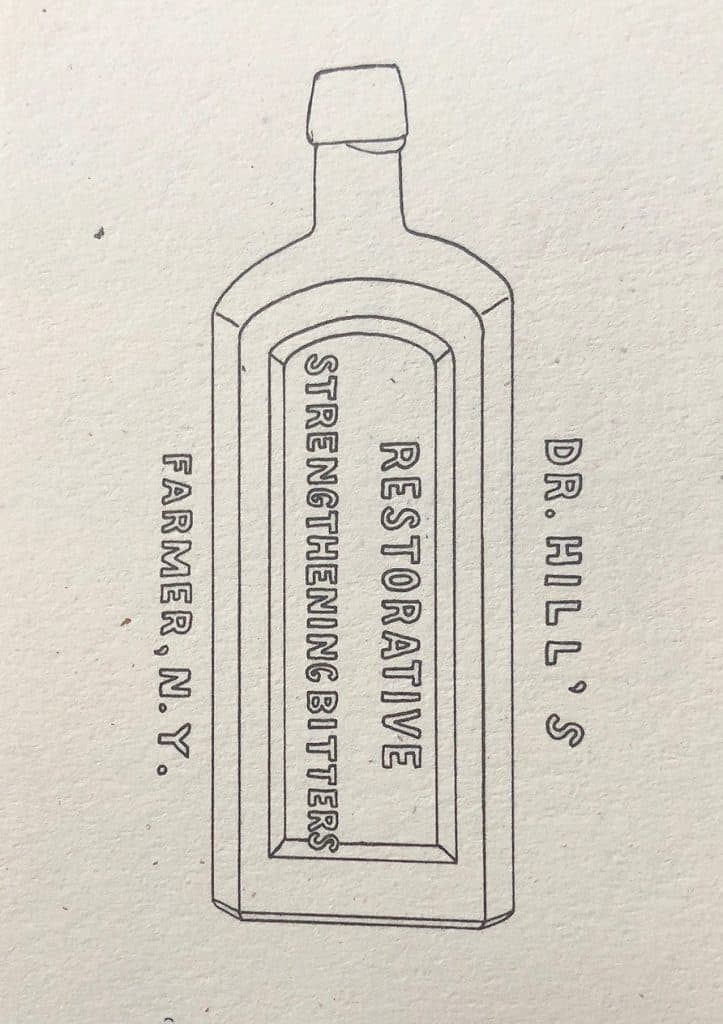 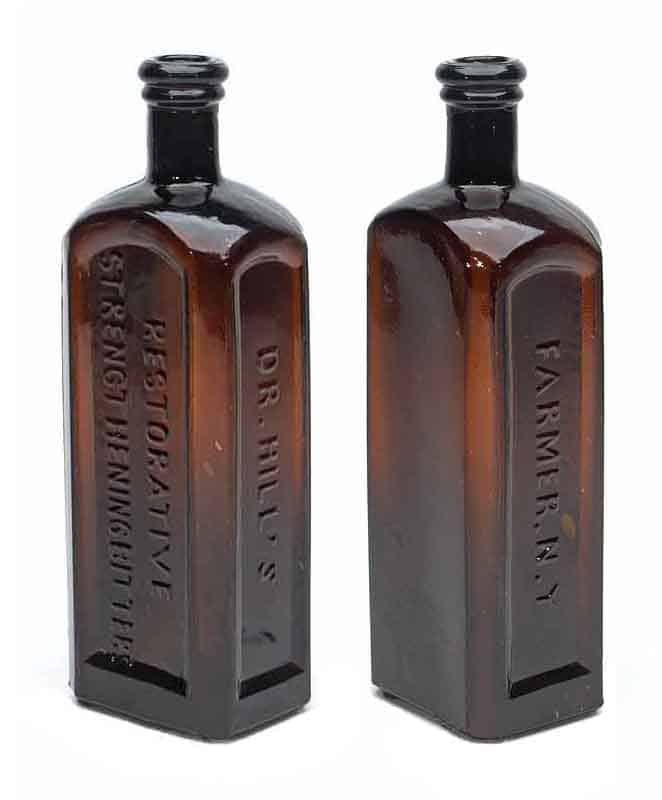 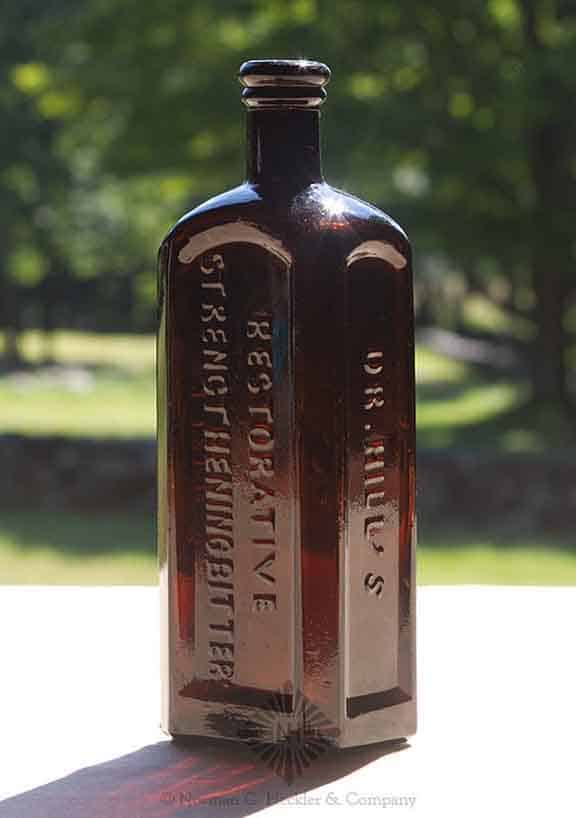 From Wikipedia. Interlaken is a village in Seneca County, New York, United States. The population was 602 at the 2010 census. The name is related to the village’s position between two lakes. The Village of Interlaken is in the northern part of the Town of Covert and is northwest of Ithaca, New York. 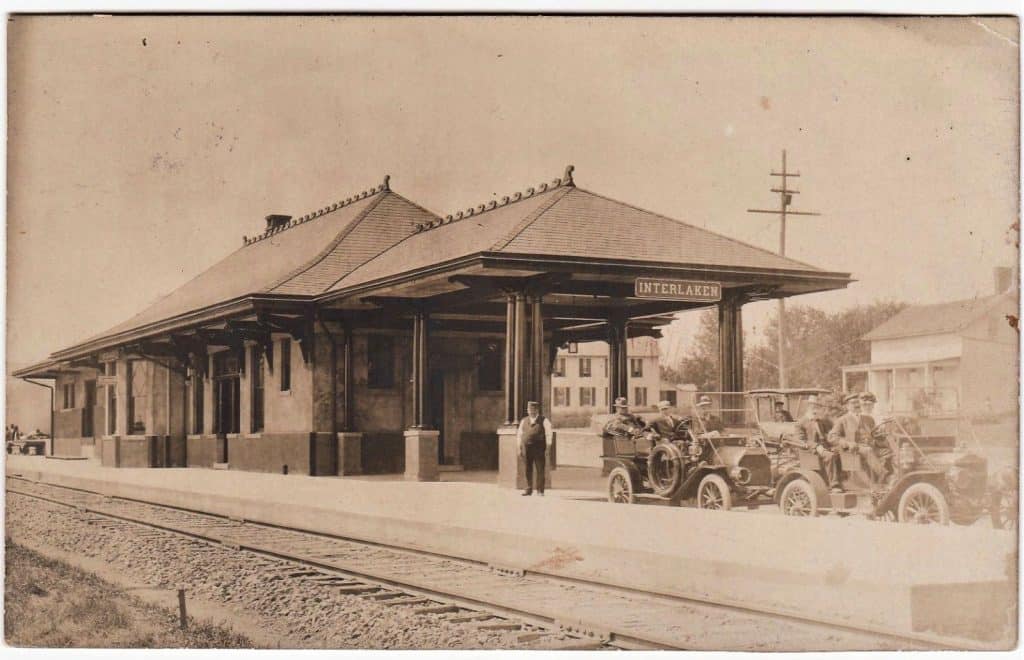 First settled in the late 1790s and early 1800s, the Village of Interlaken was home to many families from the New England and New Jersey areas. Early businesses included hotels, blacksmiths, post office, bank, and in time the railroad station. All designed to support the local families and the farmers from the surrounding area.

Four churches were established to serve the community, Union Baptist in 1819, Reformed Church of Farmerville in 1830, a Universalist church in 1850 and St. Francis Solanus Catholic Church in 1874.

Originally called Farmerville, then Farmer, and Farmer Village, the hamlet continued to grow. Prosperous homes were built on Main Street, Lodi Street (now West Avenue), and along the side streets. LeRoy, Lake View, Clinton and Knight Streets were the last to be added.

So, I have no positive confirmation that Dr. John O. Hill is the same Hill in Dr. Hills Restorative Strengthening Bitters but I am pretty darn sure. You see, there is no label or advertising that I could find to assist in identification. What we do have is that the bottle is also embossed Farmer NY which is a huge clue. Dr. John Oscar Hill was born in 1821 in New York and lived in the village of Farmer. He practiced for many years in Ithaca, New York and would commute by train each day from Farmer or Farmer Village. He was very well known and respected. Dr. Hill must have liked to tinker with compounds and chemicals too and could have made his bitters product in his lab while ordering his bottles from Pittsburgh. 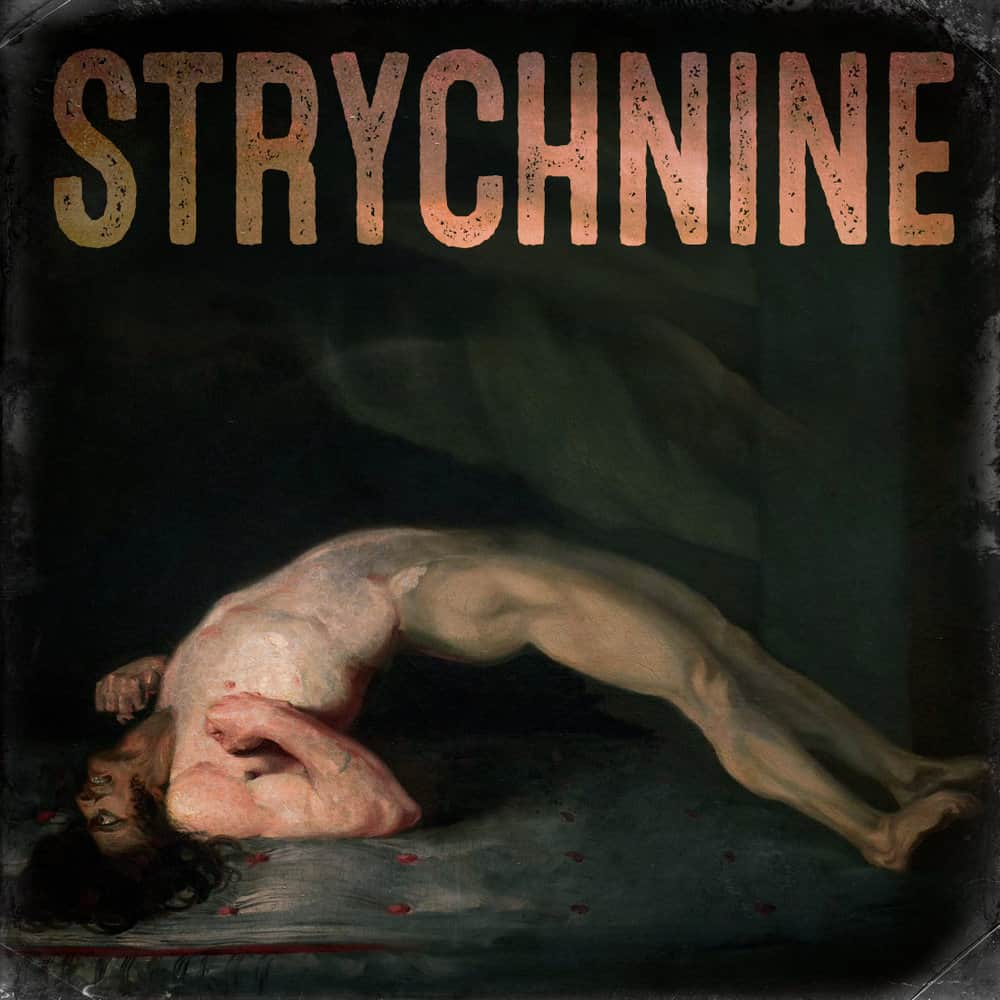 “I was tired and in a hurry, and took a drink of water out of a graduated glass in which I had dissolved strychnine. The water was bitter, but not much so. I can’t have taken very much. I shall soon be over it; don’t you think so?”

One day Dr. Hill died a horrific death by accidentally drinking a glass of water where he had dissolved some strychnine. Reported as an accidental poisoning, he died over the next half hour or so from leaving his office and catching his train home. The train was alerted of the death before leaving Seneca 20 minutes late and the local passengers were shocked with the terrible news. When the train arrived in Farmer, his daughter was waiting as she usually did each evening. She overheard many passengers saying,”Dr. Hill is dead!” She comprehended the words and in a cry of agony ran to her village home to tell her mother.

You could make a movie here. Bitters usually say that they can cure many ailments but they did not claim to cure strychnine poisoning.

Please read both newspaper accounts below. 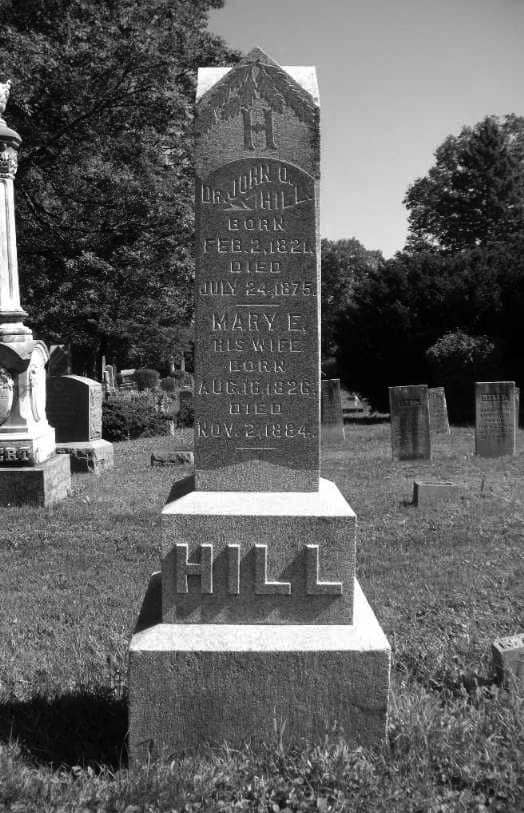 Ferdinand Meyer V is a native of Baltimore, Maryland and has a BFA in Fine Art and Graphic Design from the Kansas City Art Institute and School of Design. Ferdinand is the founding Principal of FMG Design, a nationally recognized design consultation firm. Ferdinand is a passionate collector of American historical glass specializing in bitters bottles, color runs and related classic figural bottles. He is married to Elizabeth Jane Meyer and lives in Houston, Texas with their daughter and three wonderful grandchildren. The Meyers are also very involved in Quarter Horses, antiques and early United States postage stamps. Ferdinand is the past 6-year President of the Federation of Historical Bottle Collectors and is one of the founding members of the FOHBC Virtual Museum.
View all posts by Ferdinand Meyer V →
This entry was posted in Auction News, Bitters, History, Medicines & Cures and tagged auction, bitters, daughter, death, Dr. Hill, Farmer, Farmerville, Glass Works Auctions, Heckler, hill, Interlaken, Ithaca, John, New York, Oscar, Poison, Restorative, Seneca, Strengthening, Strychnine, train, village. Bookmark the permalink.