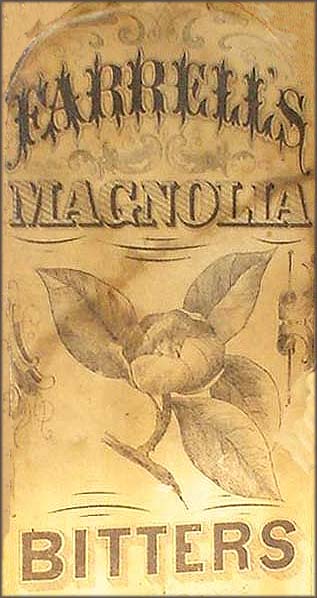 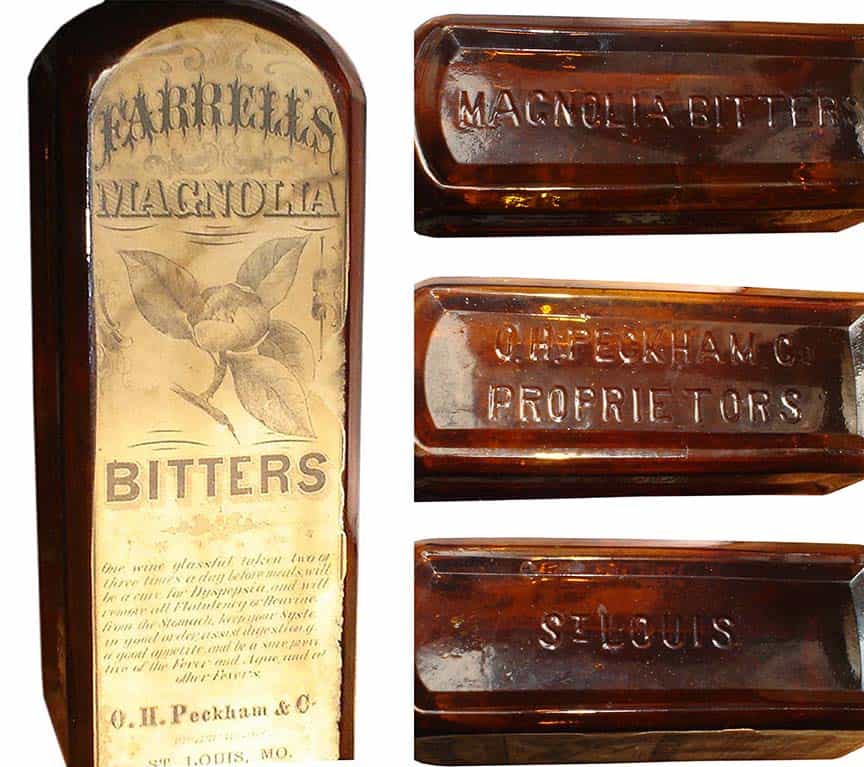 I’ve cleaned up the pictures a bit and cut away the background. Looks like a fantastic bottle. I’ll see if I can get some complete pictures. What’s interesting here is that the product was sold by a candy manufacturer named Osgood Hazard Peckham. He was from New York and worked in the grocery business in Chicago before coming to St. Louis in 1873. 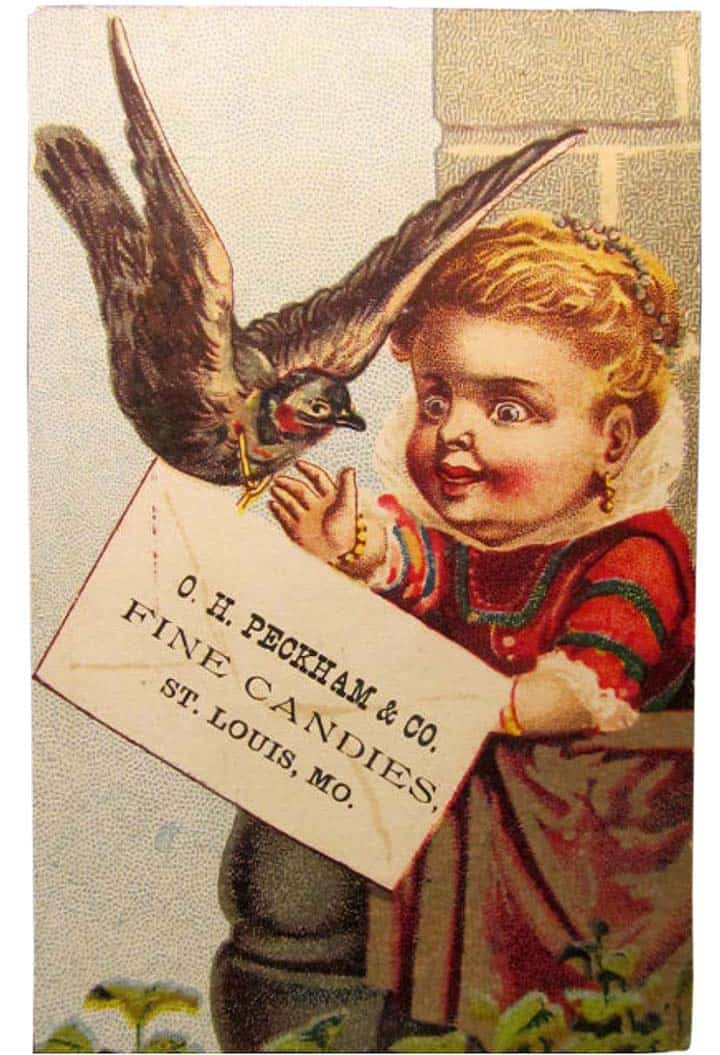 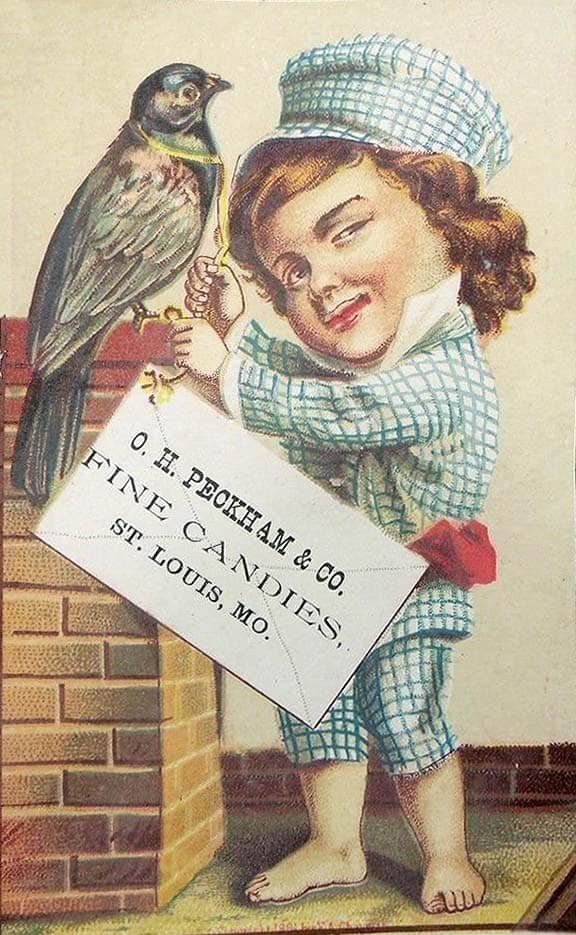 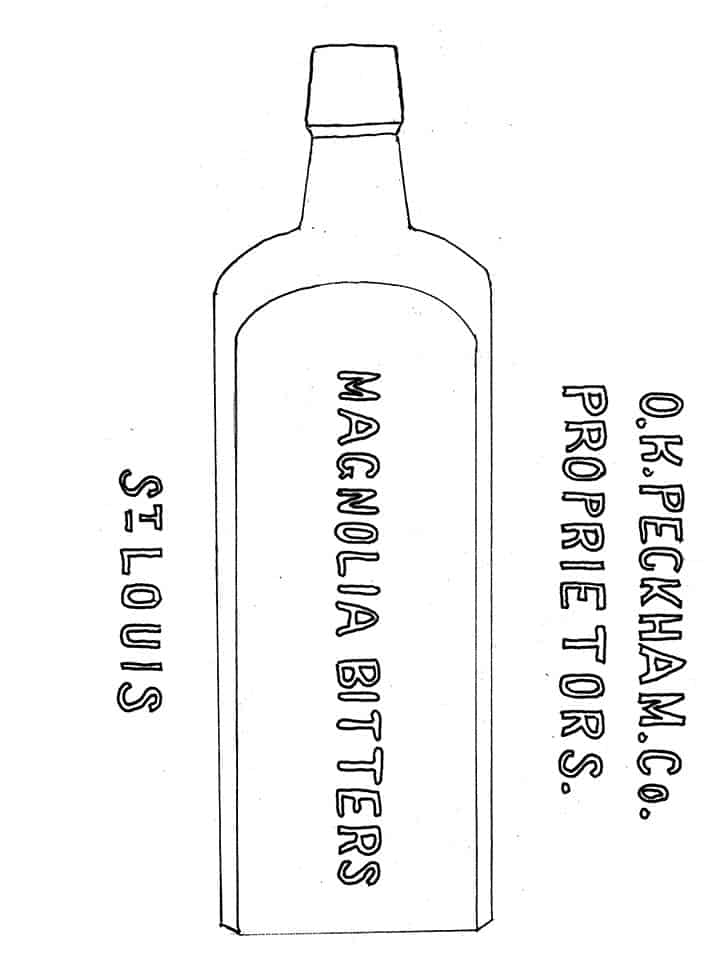 Label: One wine glassful taken two or three times a day before meals, will be a cure for dyspepsia, and will remove all flatulency or heaviness from the stomach, keep your system in good order, assist digestion, give a good appetite, and be a sure preventative of the fever and ague, and all other fever, (delete) 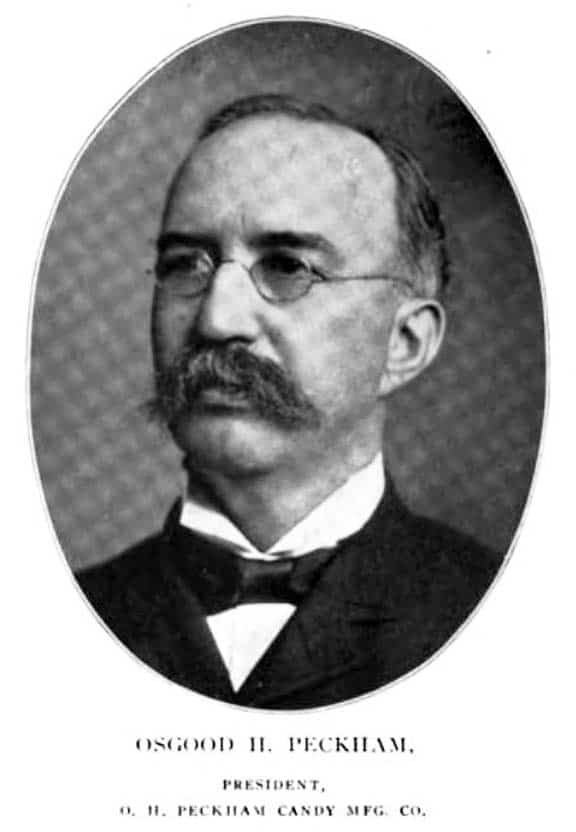 Osgood H. Peckham, president of the National Candy Company, and a well known figure in St. Louis, Mo., business circles, is a native of the State of New York, where he was reared and educated. In 1873 he came to St. Louis and engaged in the candy business, under the corporate name of the O. H. Peckham Company. The business thus founded was carried on under various firm names until it was merged into the National Candy Company, October 15, 1892. This larger company was incorporated under the laws of New Jersey and is one of the greatest business concerns in the United States, having the control of candy and confectionery manufacturing plants in nearly all the large western cities of the country. Of these factories, that of the original O. H. Peckham Candy Manufacturing Company, at St. Louis, is one of the largest and best appointed; and a tribute was paid to Mr. Peckham, by the directors of the National Company, by electing him to the presidency, an office he has held ever since the National Company was organized. Further recommendation of his business ability and qualifications is unnecessary. In the larger volume of business, brought about by the consolidation of interests, he has shown himself to be an executive of rare skill and judgment, which has resulted in his retention in that important position. Besides his interests in the candy companv Mr. Peckham is a director in the Merchants-Laclede National Bank, one of the leading financial institutions of St. Louis. – The Province and the States Biography – Weston Arthur Goodspeed, 1904

1866: O.H. Peckham was a traveling salesman in grocery line out of Chicago before coming to St. Louis in 1873

1873: Osgood H. Peckham came to St. Louis and engaged in the candy business, under the corporate name of the O. H. Peckham Company

1892: The business thus founded, O. H. Peckham Company was carried on under various firm names until it was merged into the National Candy Company, October 15, 1892.

Ferdinand Meyer V is a native of Baltimore, Maryland and has a BFA in Fine Art and Graphic Design from the Kansas City Art Institute and School of Design. Ferdinand is the founding Principal of FMG Design, a nationally recognized design consultation firm. Ferdinand is a passionate collector of American historical glass specializing in bitters bottles, color runs and related classic figural bottles. He is married to Elizabeth Jane Meyer and lives in Houston, Texas with their daughter and three wonderful grandchildren. The Meyers are also very involved in Quarter Horses, antiques and early United States postage stamps. Ferdinand is the past 6-year President of the Federation of Historical Bottle Collectors and is one of the founding members of the FOHBC Virtual Museum.
View all posts by Ferdinand Meyer V →
This entry was posted in Bitters, History, Medicines & Cures and tagged bitters, Candy, chicago, Ellen, Farrell's, Faulkenberry, Haas, Hazard, Magnolia, Missouri, New York, Osgood, Peckham, Saint Louis. Bookmark the permalink.