Story of a Bottle 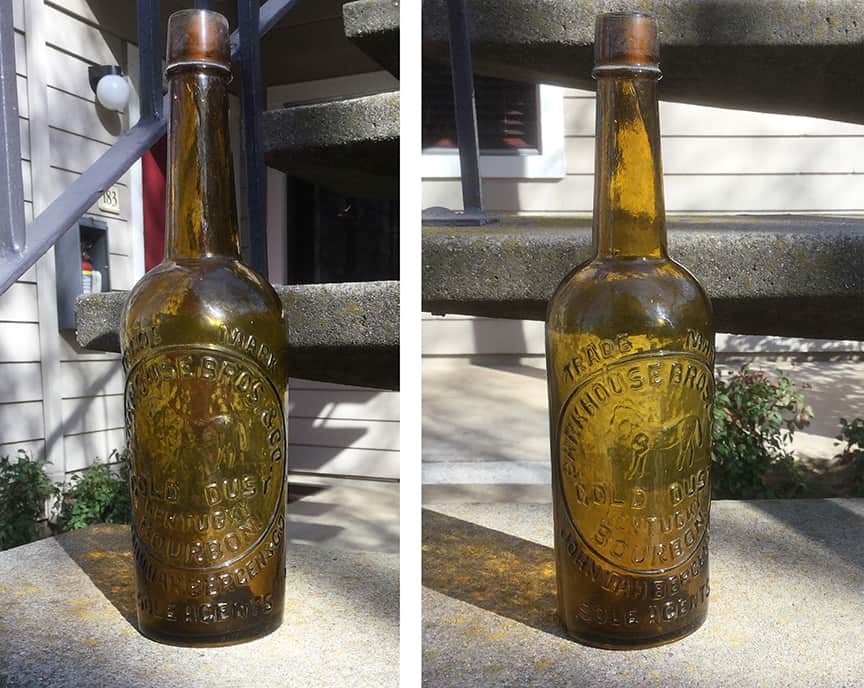 In preparation for the Holabird Americana “49er Bottle Jamboree” Auction at the FOHBC 2016 Sacramento National Antique Bottle Convention & Expo, we will be featuring some of the bottles and other pieces in the auction. According to Fred Holabird, the auction will be live with four (4) different live auction/internet bidding platforms. Here is an interesting email I received recently. 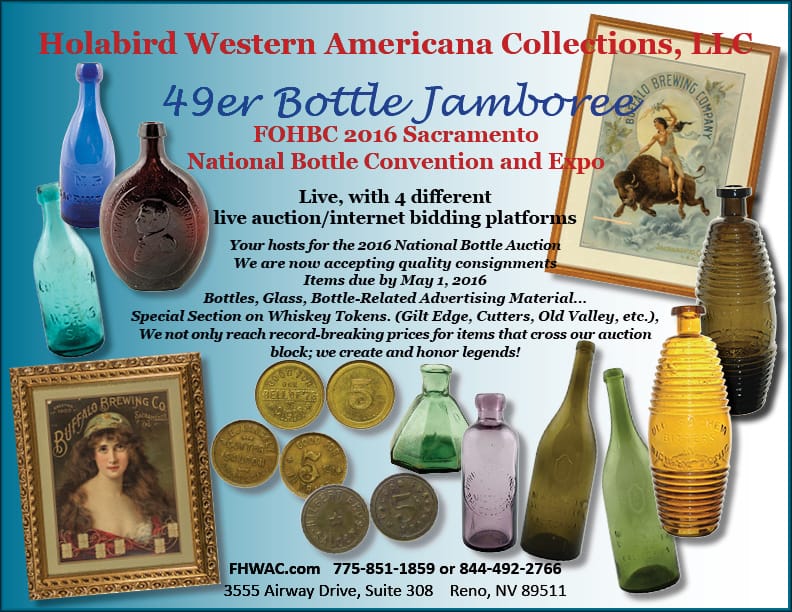 I found your article when I was looking for information on an old bottle I purchased yesterday. I hope that you might be able to point me in the right direction. The bottle is embossed with the following words: Trade Mark Barkhouse Bros. & Co. Gold Dust Kentucky Bourbon, John Vanbergen & Co Sole Agents. I read an article that said a bottle like this sold for $28,000 in 2011. Do you know who I should speak to in regard to my bottle? Any suggestions would be greatly appreciated.

I contacted Richard Siri (Show Chair) and Eric McGuire (FOHBC Western Region Director) for an appraisal based on the images. Here is their response:

Ferd, I ran this bottle by Richard Siri and we are in complete agreement that it should bring between five to eight thousand. If it goes runaway it might go to ten thousand, but that should be absolute max. The selling point that must be made to the owner is that anyone who would be willing to pay top dollar will be in attendance at the Sacramento show. There is no better venue for selling it. Then, of course, there will be the ability to market it through the FOHBC website. [Editor Note: Eric also was curious about the mouth appearance which will be reviewed upon bottle receipt at the auction house] 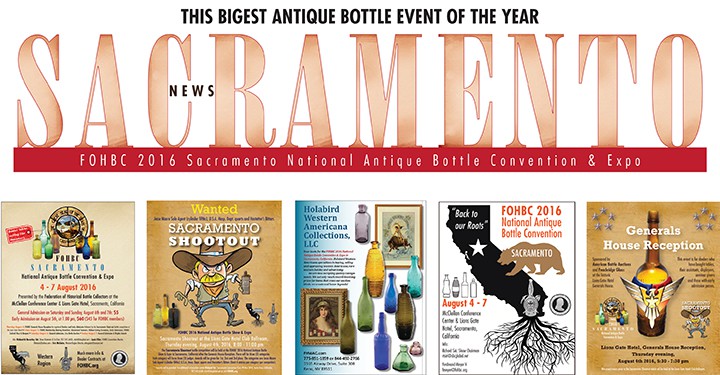 I also asked Paul for some information on the bottle find during a telephone call.

It was the weekend of our 29th wedding anniversary and on Saturday we decided to do one of the things we love doing most which was antiquing and flea market shopping, but that day the flea market we like so much wasn’t open. As we made a U-turn to get back on the freeway we saw a sign that said “Estate Sale”. We decided to stop and take a look. They had some nice furniture, a lot of old silver and dishes, but of course we were just window shopping unless we found that perfect item then of course we were ready to purchase it.

My wife and I had basically looked at all that we wanted and we got to talking to the owner about her little dog since ours had passed away just a couple of months before. The owner asked if we’d found anything we liked and I told her that actually there was, so I left my wife at the counter speaking to the owner while I walked back and got this old bottle that I really liked. Since I like to make my own wine I thought it’d be a good bottle for wine. As I was walking back to the counter I saw the look on my wife’s face as if she was saying, “Oh no, not another bottle”. Although I am not an avid bottle collector I had purchased a few here and there that I was planning on using for my wine.

I told the owner that it was on the 50% off rack so we ended up paying $12 for the bottle. We left with the bottle then had a nice dinner and drove home. The next day we decided to go and visit my wife’s brother since the rest of her family was already there. We had such a great time that I wanted to do something nice for my brother-in-law so I thought about the bottle and decided that I would adorn it with postage stamps as I had done in the past on other wine bottles and give it to him as a gift, but before I started I decided to do a little Internet research to find out if the horse on the bottle or the words “Gold Dust” meant anything.

I came across this article from acquired had been sold for $28,000. I was beside myself and turned to my wife and said, “Look at what this bottle sold for that’s just like the one we have”. Her mouth dropped open and we both sat there in disbelief staring at the bottle. It was absolutely crazy! We could not believe it. We had no idea what to do with it, we even thought, “let’s sell it on ebay”, but decided to go a different route.

Soon we started finding websites that are just for bottle collectors and decided to send them an email. We wrote to about four websites and within a couple of days we were getting responses. One from a gentlemen that offered to sell it for us or buy it from us himself for a good sum of money, but by then we had already been contacted by the president of the FOHBC who encouraged us to auction it at the FOHBC 2016 National Antique Bottle Convention & Expo in August in Sacramento, California.

We later visited the “Estate Sale” establishment to try to get more information on the bottle, but all the owner of the place was able to tell us was that they had acquired it and other items from someone who had passed away as in most cases that sell estate sale items. We are happy to say that this has been one of the most surprising anniversaries we’ve had yet!