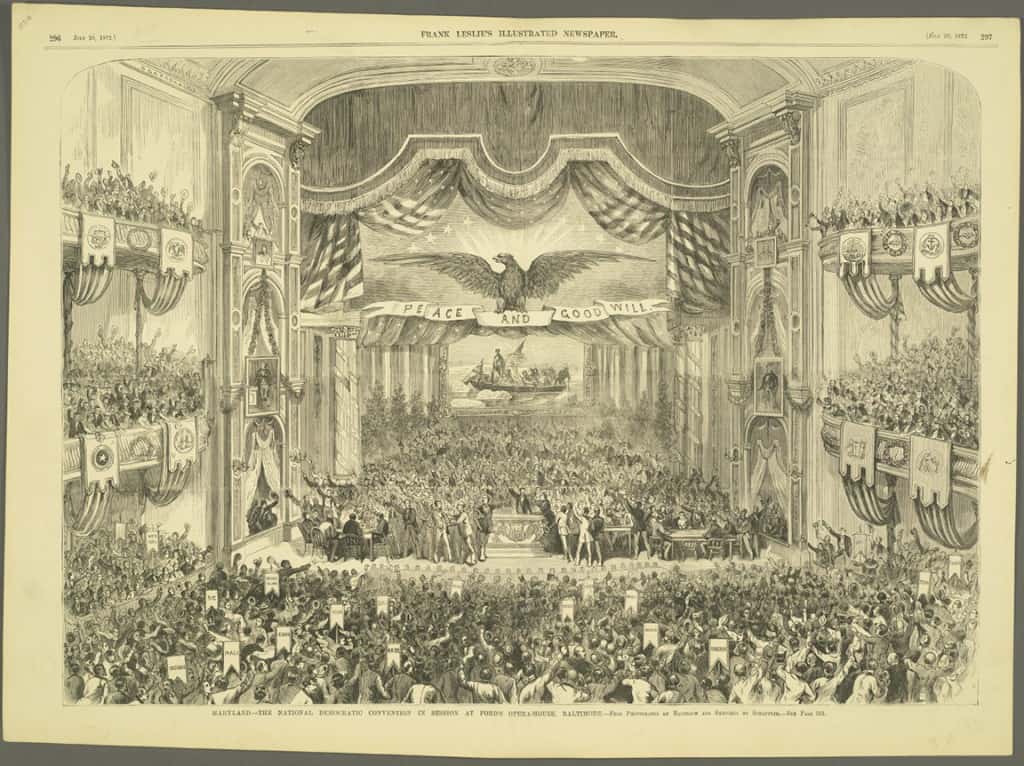 Here is a communication below from James Viguerie who periodically helps out with bitters posts. Looks like we have references to an unlisted Democratic Bitters made by Dr. Samuel R. Whitlow from Peoria County, Illinois around 1871 and 1872. The bitters was most likely named as a reference to the 1872 Democratic National Convention in Baltimore, Maryland. I am not aware of any bottles in collections.

The top support image is the interior of Ford’s Grand Opera House of John T. Ford, (1829-1894), on East Fayette Street (between North Howard and Eutaw Streets) in Baltimore, Maryland during the 1872 Democratic National Convention, (built 1871, razed 1964).

I meant to do more research on the Democratic Bitters but never have so I thought I should just send some references along to you. Attached is the patent number and another reference mentioning the bitters. I did not see it listed in the Bitters Bottles books. 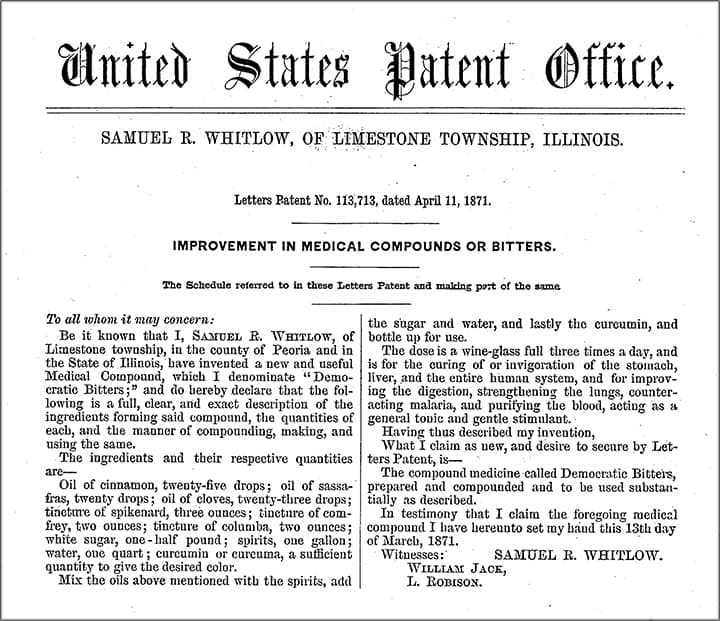 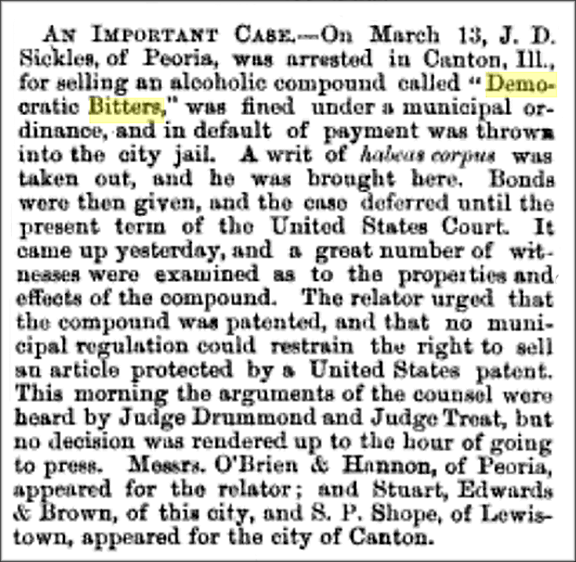 I decided to just type up a summary of all my bitters related patents in a spreadsheet. That way I can sort by patent number, date etc. I am only at 60 entries right now but will send you the whole thing when done. There should be some good information to help better date some Bitters, identify who put them out, and there location. Many patents have the recipes for the bitters being patented. It could be interesting too when the request was put in vs. when the patent was awarded. Sometimes I see a 2 year difference so they may be older than what the patent date shows. I was a little surprised to see several woman had patented bitters in the 1800s. The witnesses might be useful information too. However, they could just be friends of the patent applicant and not in the business.

Democratic Bitters was described in the patent above:

Mix the oils above mentioned with the spirits, add the sugar and water, and lastly the curcumin, and bottle up for use.

The dose is a wine-glass full three times a day, and is for the curing of or invigoration of the stomach, liver, and the entire human system, and for improving the digestion, strengthening the lungs, counteracting malaria, and purifying the blood, acting as a. general tonic and gentle stimulant. 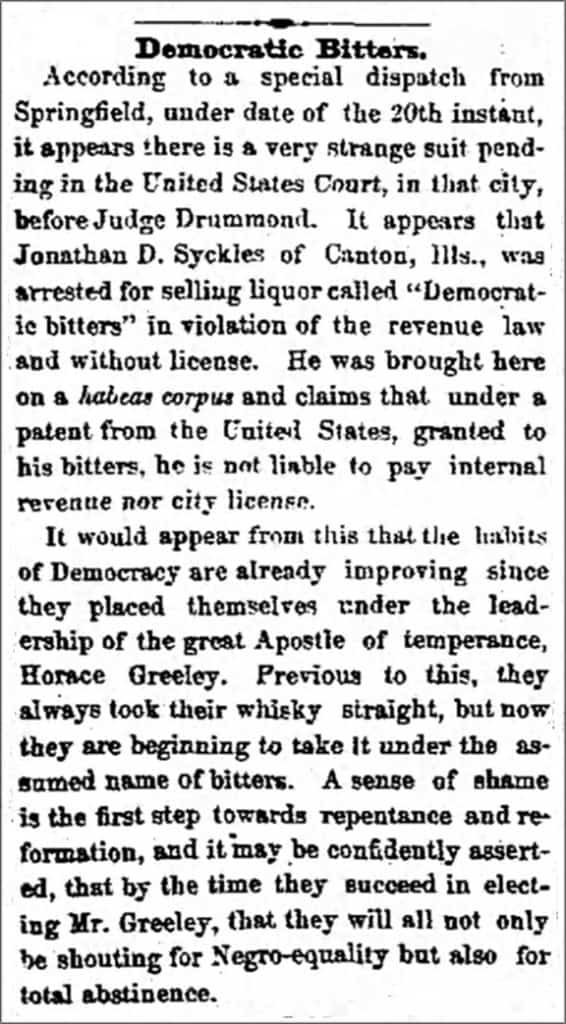 Ferdinand Meyer V is a native of Baltimore, Maryland and has a BFA in Fine Art and Graphic Design from the Kansas City Art Institute and School of Design. Ferdinand is the founding Principal of FMG Design, a nationally recognized design consultation firm. Ferdinand is a passionate collector of American historical glass specializing in bitters bottles, color runs and related classic figural bottles. He is married to Elizabeth Jane Meyer and lives in Houston, Texas with their daughter and three wonderful grandchildren. The Meyers are also very involved in Quarter Horses, antiques and early United States postage stamps. Ferdinand is the past 6-year President of the Federation of Historical Bottle Collectors and is one of the founding members of the FOHBC Virtual Museum.
View all posts by Ferdinand Meyer V →
This entry was posted in Advertising, Bitters, History, Medicines & Cures and tagged advertising, arrested, Baltimore, bitters, Canton, Compound, Democratic, illinois, James Viguerie, maryland, Patent, Peoria, spirits, unlisted. Bookmark the permalink.