As busy as I was at the FOHBC 2015 Chattanooga National Antique Bottle Show, I certainly had the opportunity to see some nice bitters on the floor, under the tables, in the displays, in the auction and in some hotel rooms. I thought I would lasso a few for your enjoyment. Many of these were southern bitters as this was our Southern Region show.

*All photographs by Mallory Boyle unless otherwise noted. 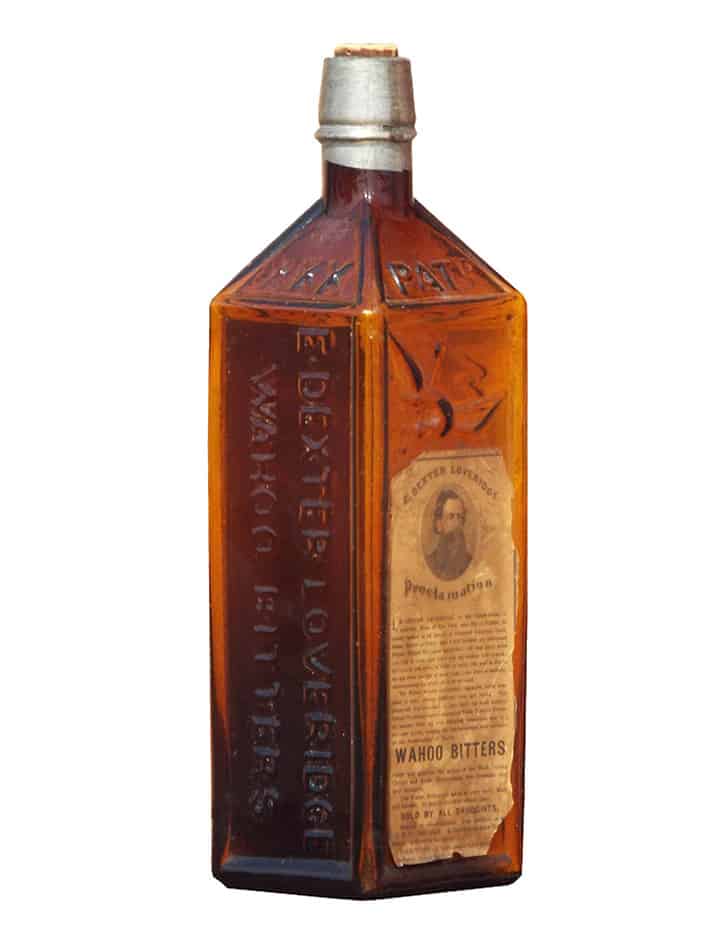 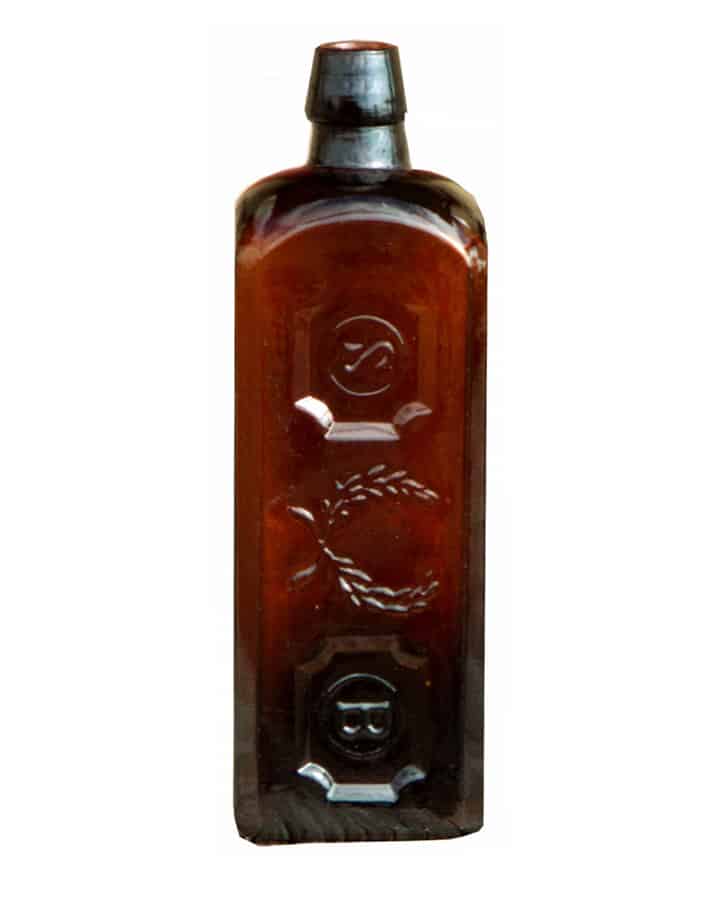 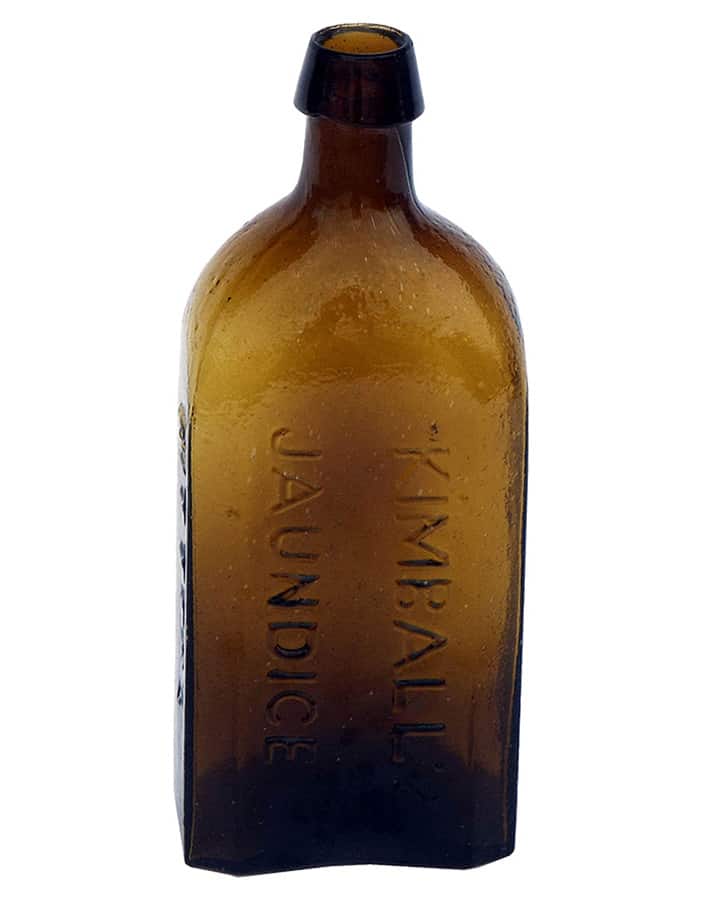 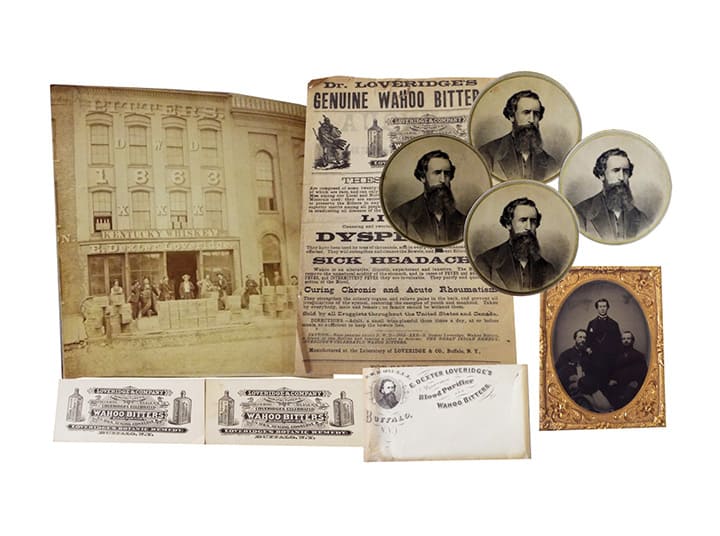 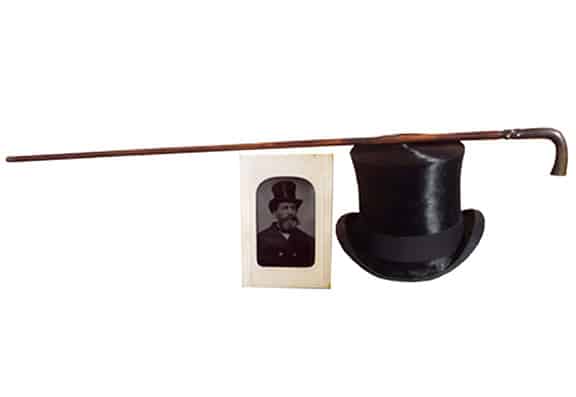 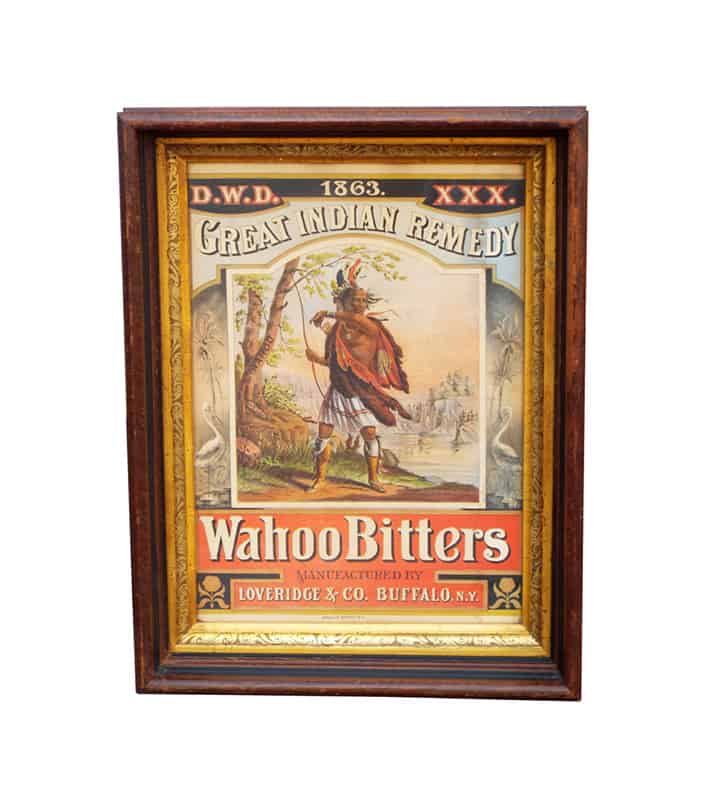 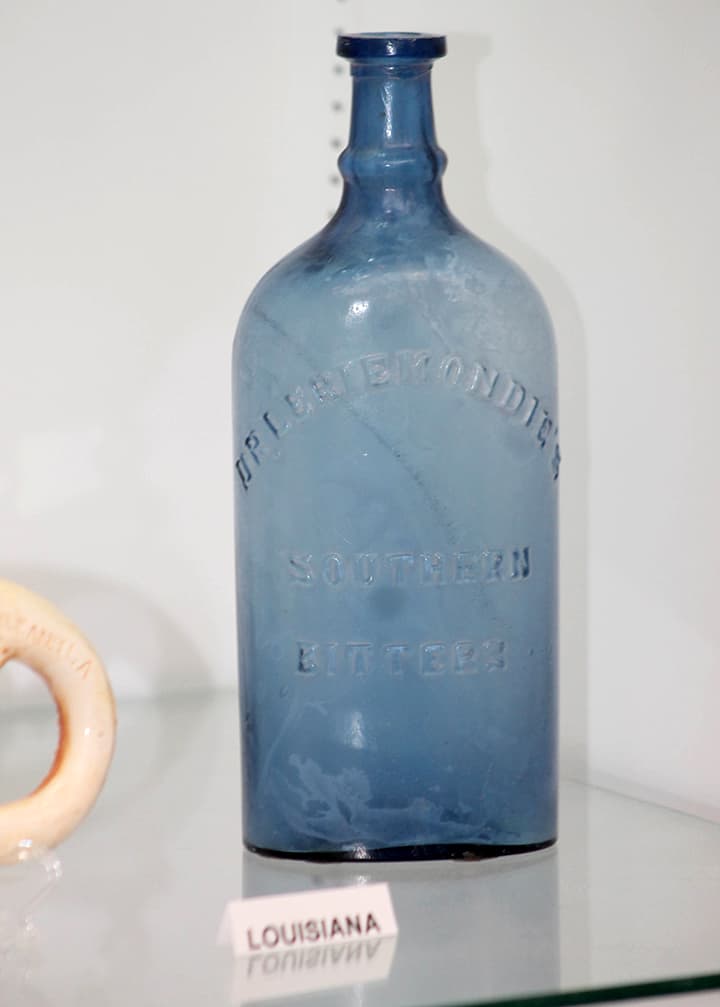 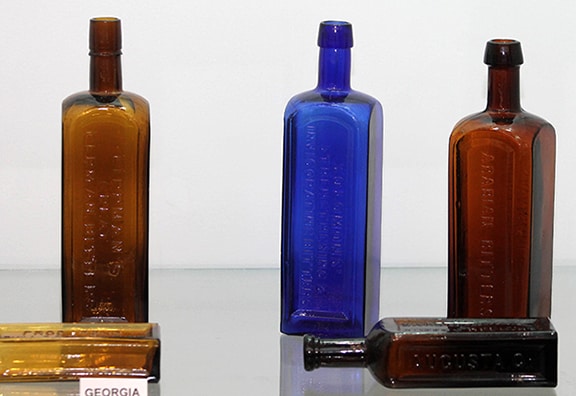 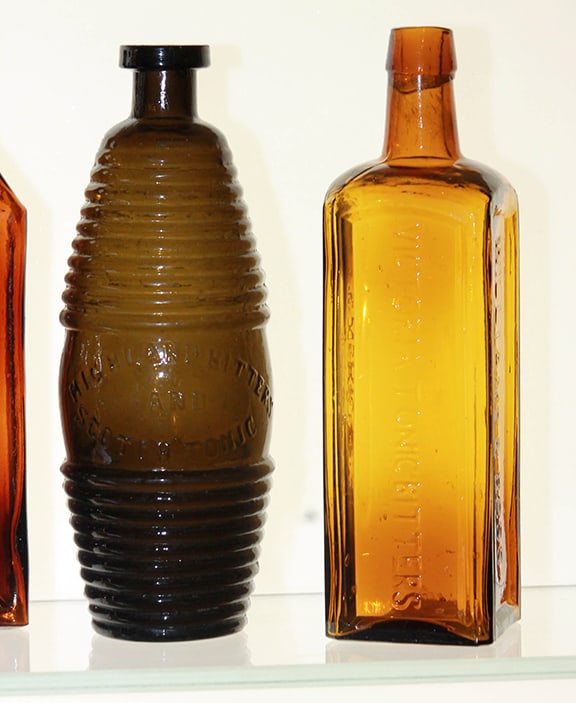 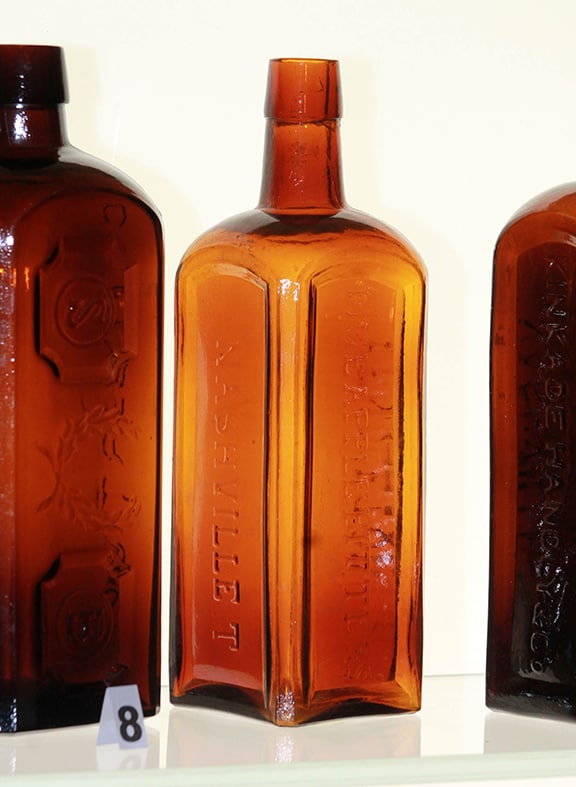 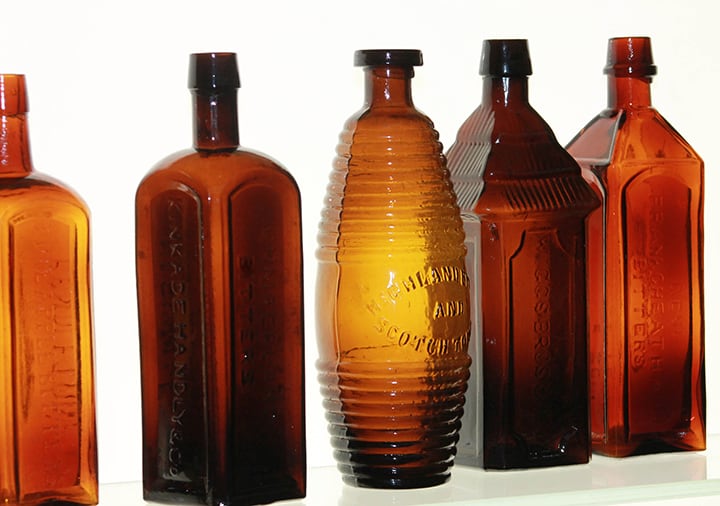 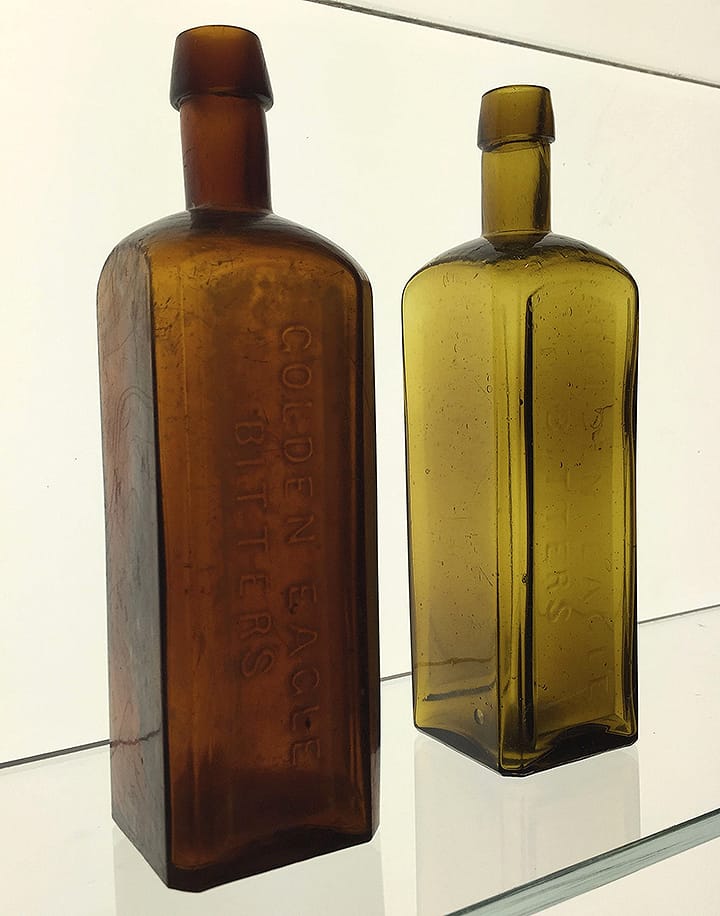 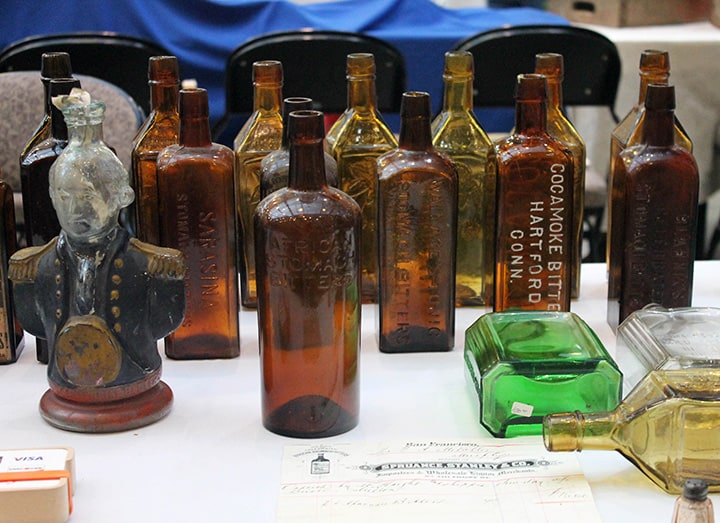 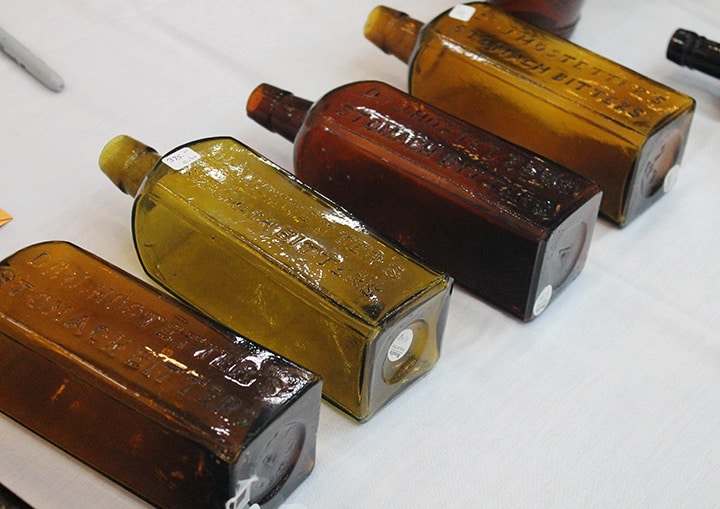 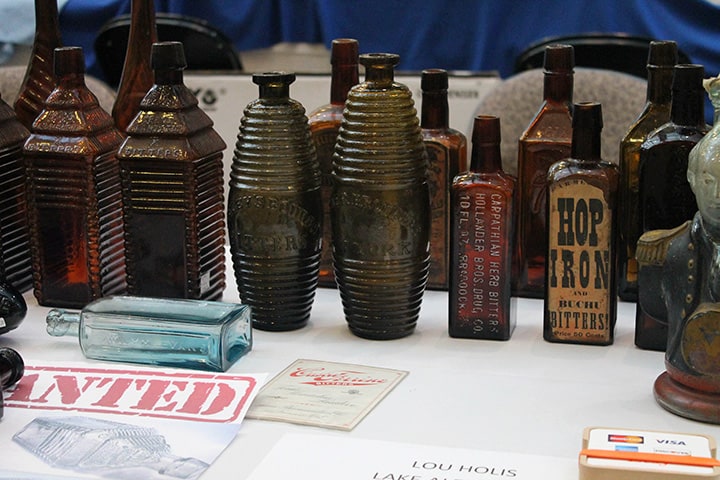 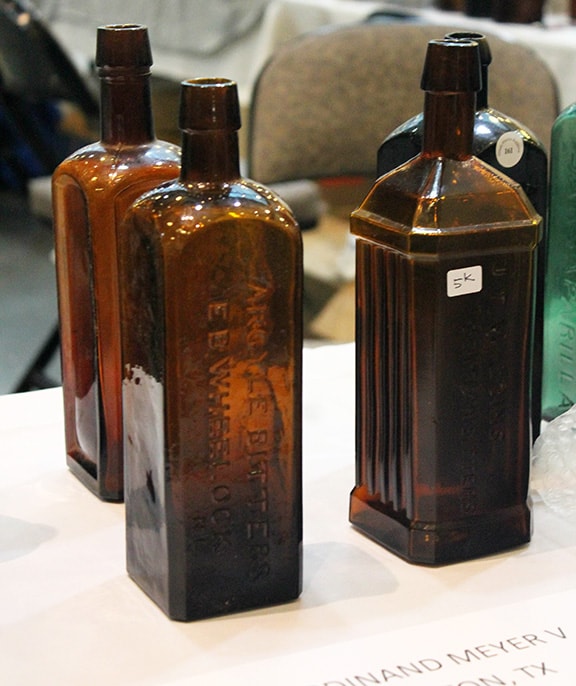 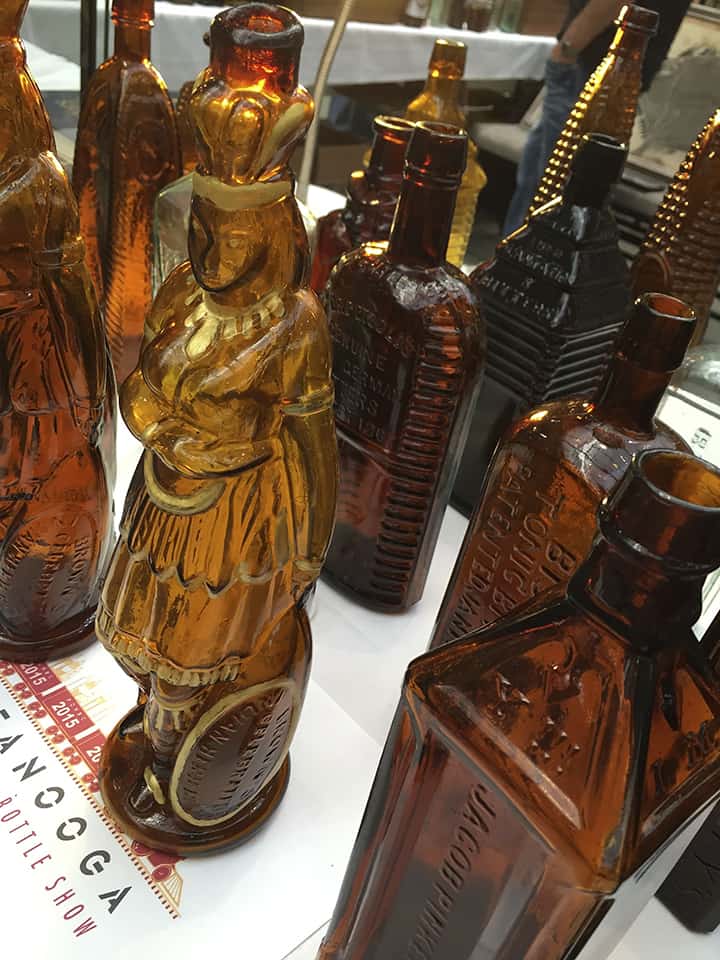 Some excellent bitters that were on sale and will probably be headed to an auction house. Three tables full! Peter & Jon Zimbelman table. Photo by Ferdinand Meyer. 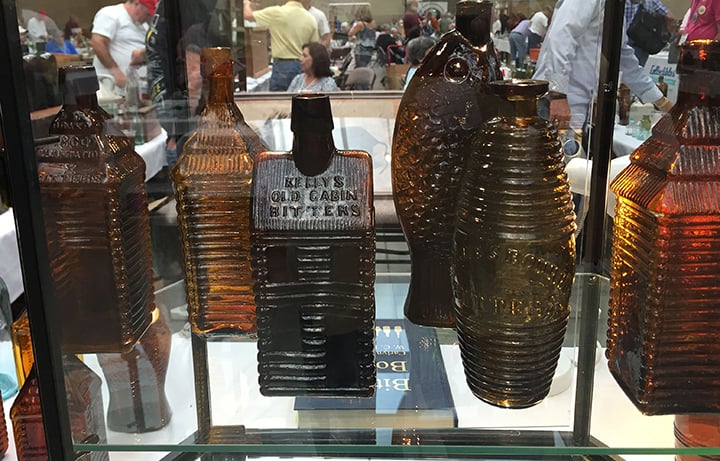 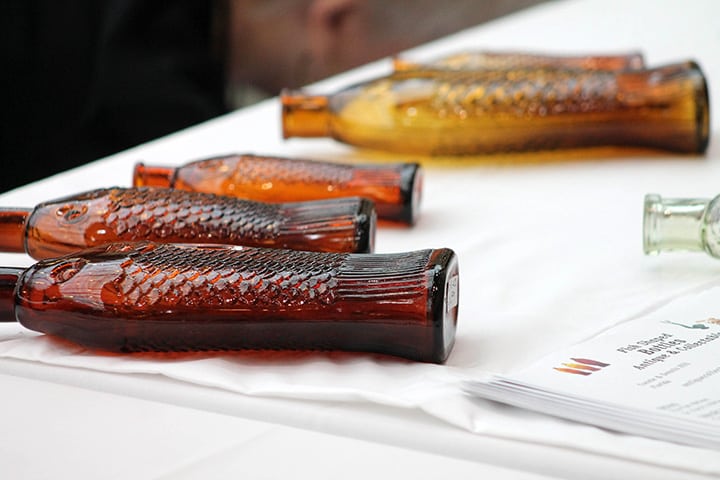 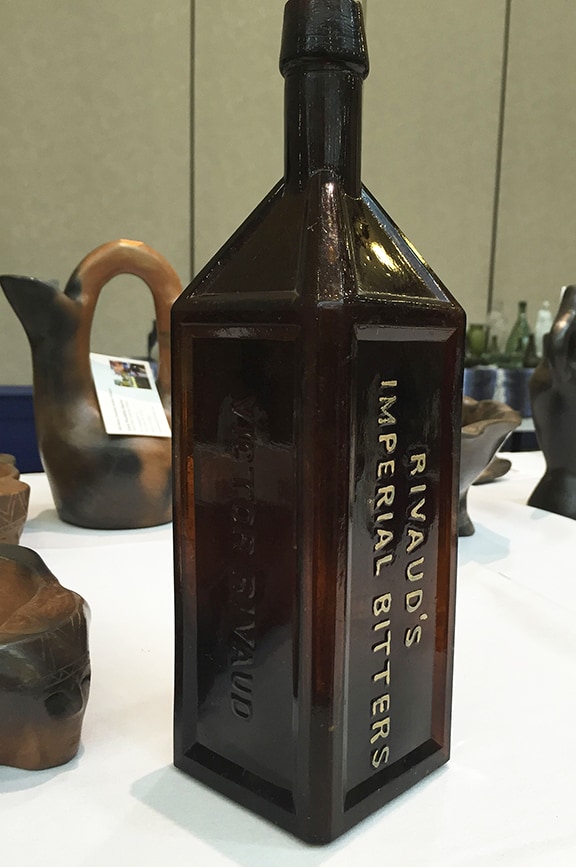 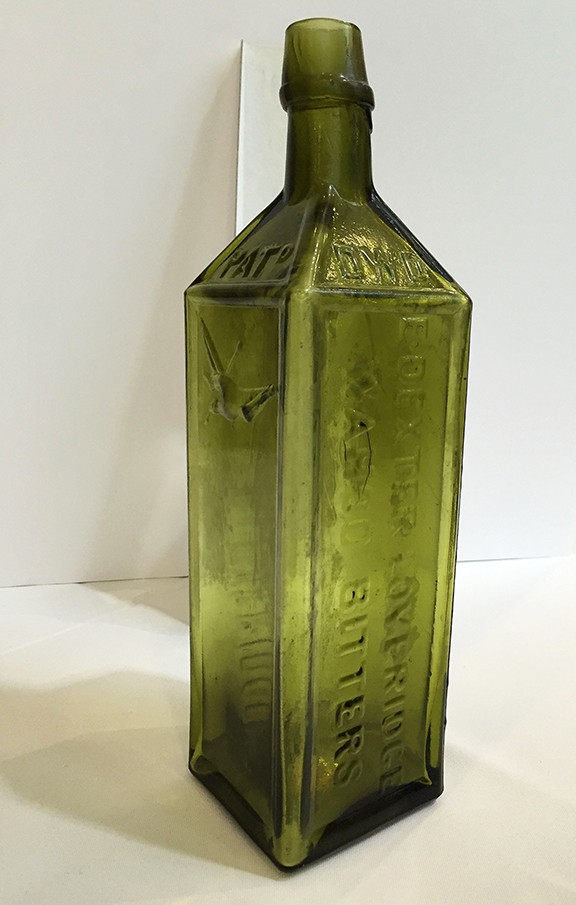 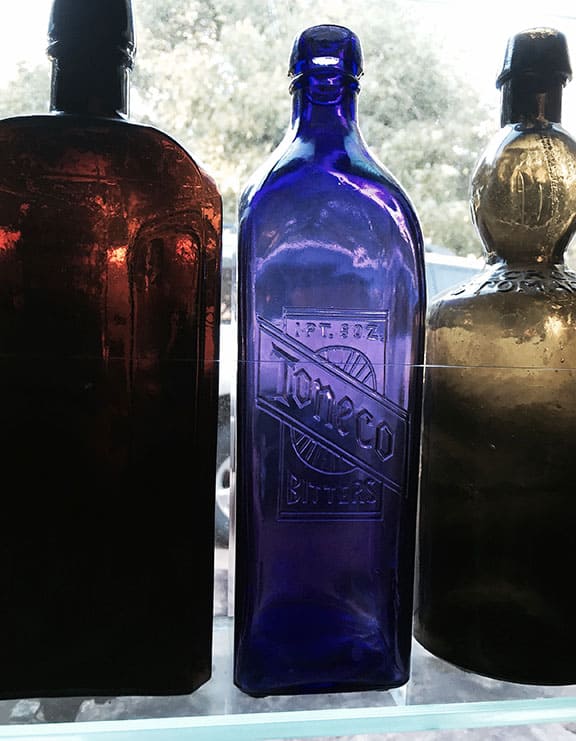 Toneco Bitters (Ring/Ham T-37) in a blue purple, prob been nuked. Usually clear. For $50 why not? Photograph Ferdinand Meyer 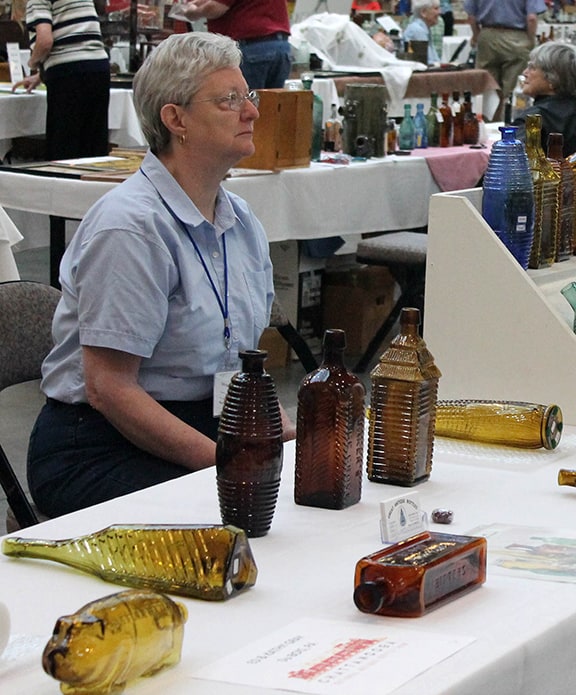 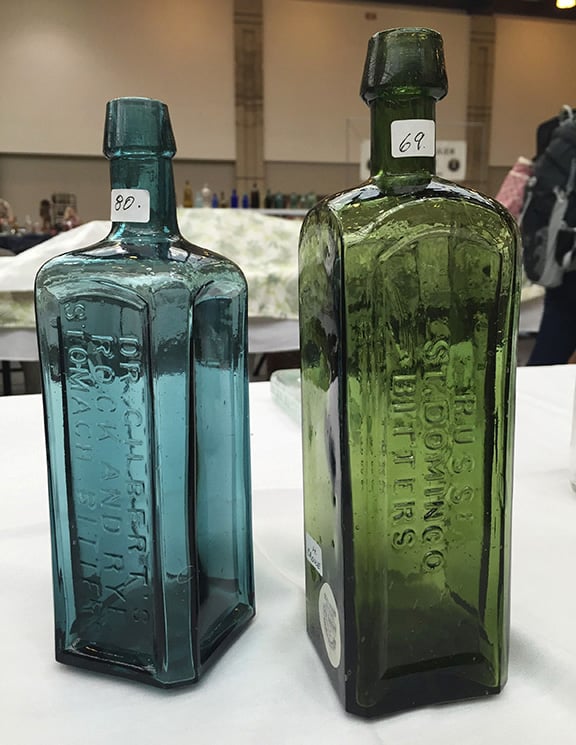 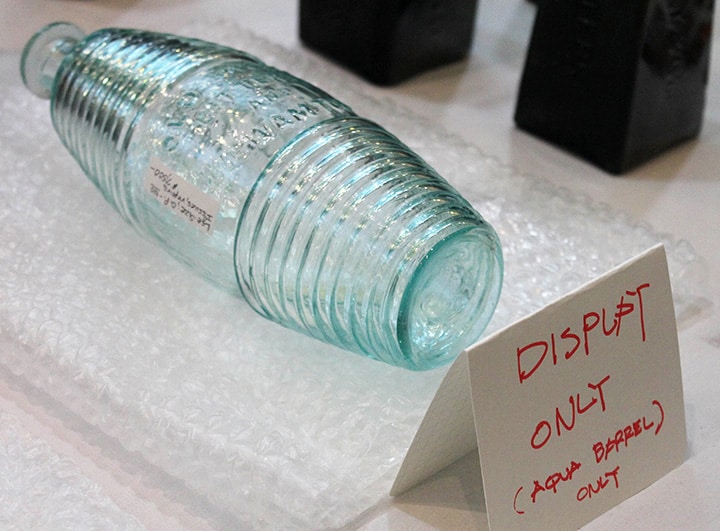 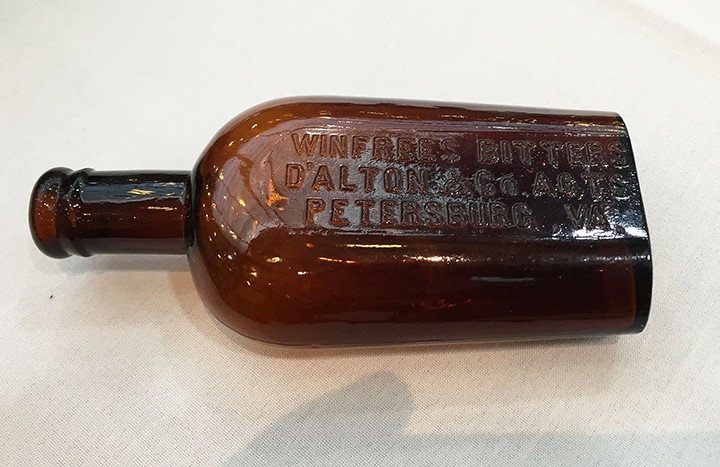 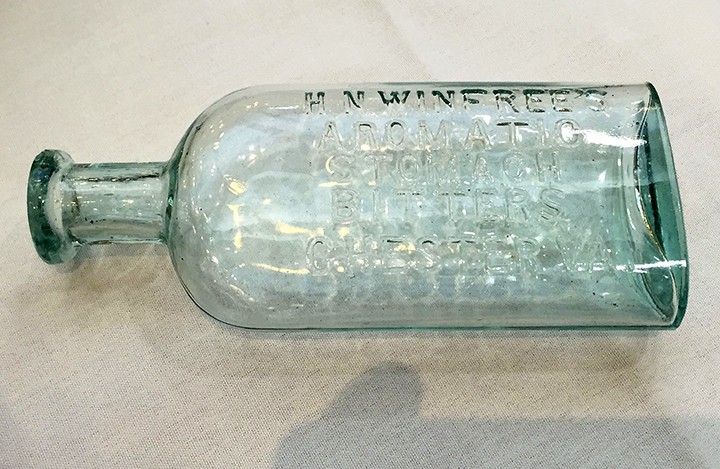 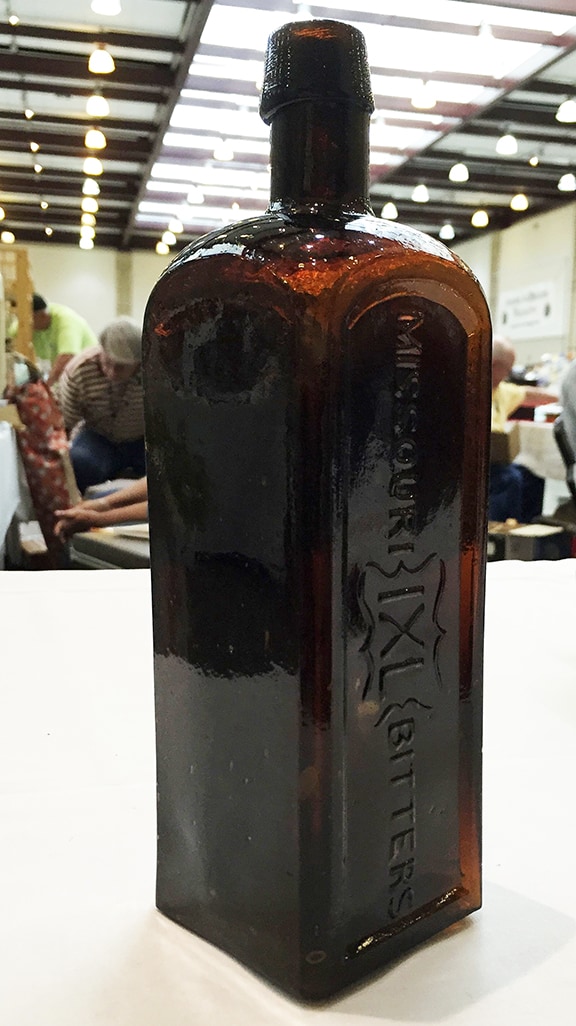 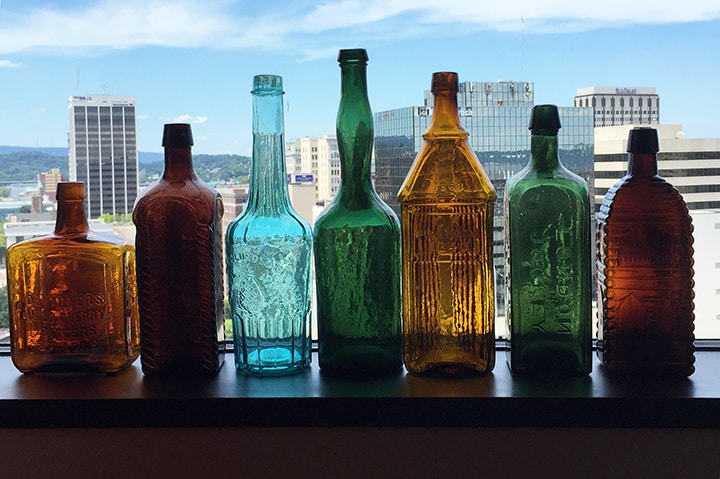