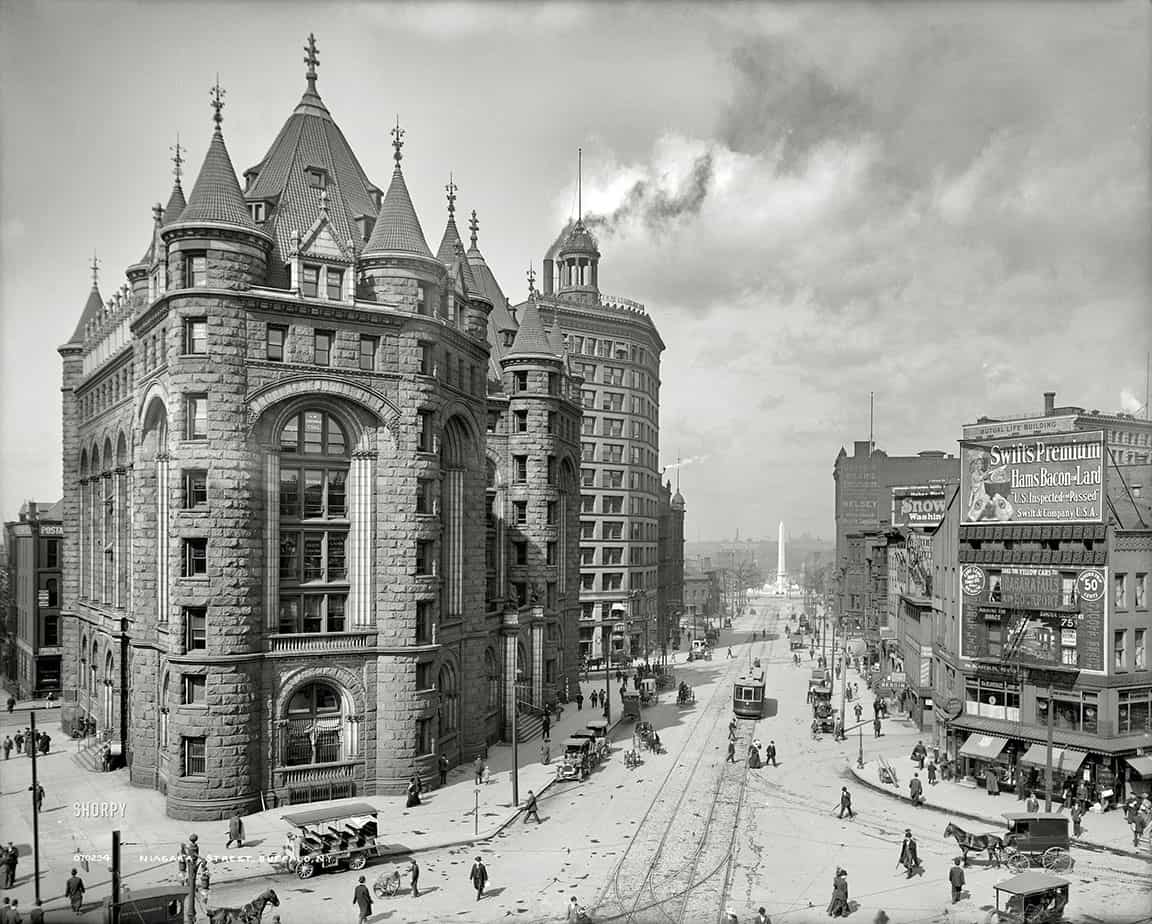 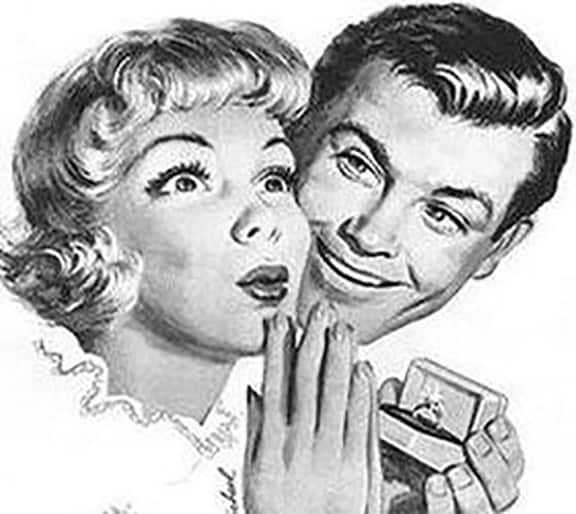 Well, I suppose I had to go here now that I posted on the Diamond B Stomach Bitters that referenced the Diamond “M” Bitters. What’s another diamond when you’re having fun? This time we are going to look at the Diamond’s Blood Bitters from Buffalo, New York which was put out by Charles A. Diamond. I guess he felt like he had to improve on the product so he also was the proprietor of Diamond’s Improved Swedish Blood Bitters. Maybe he married a Swedish lass? 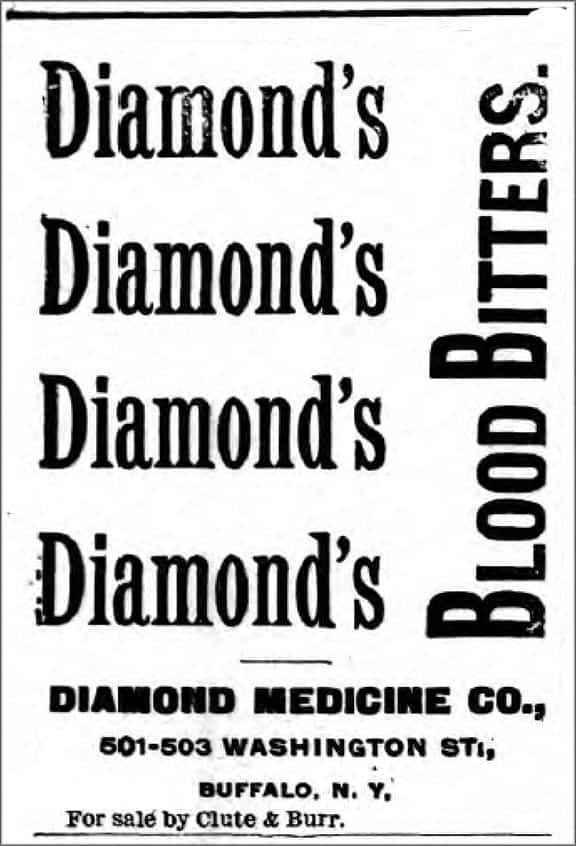 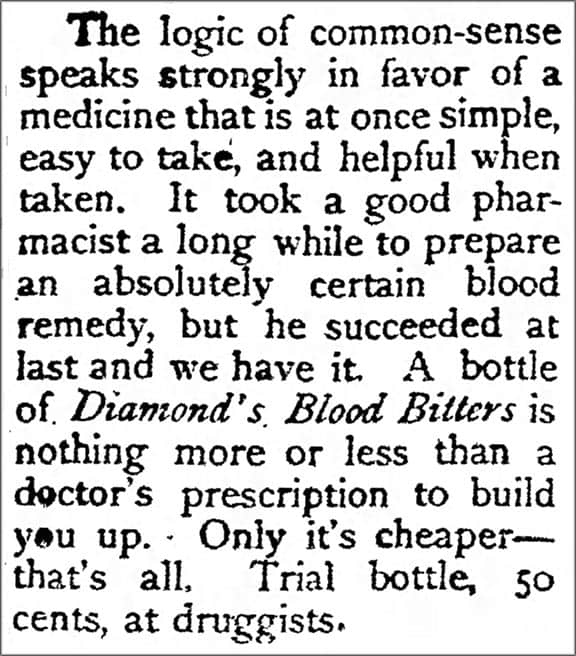 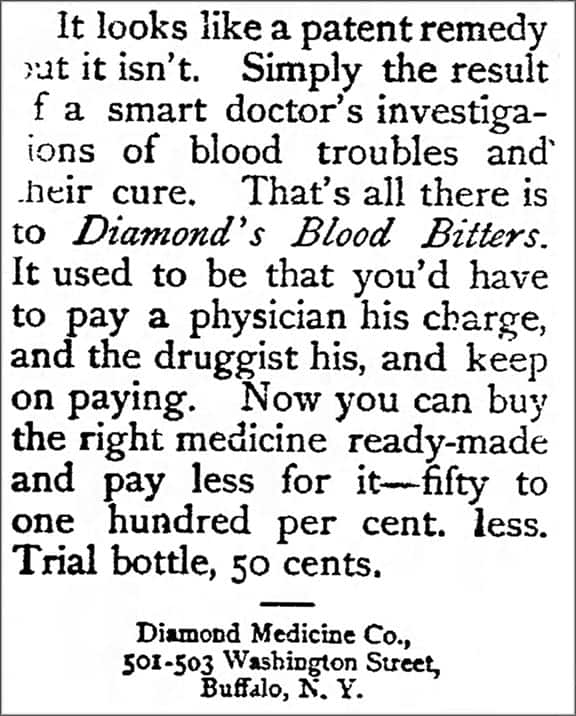 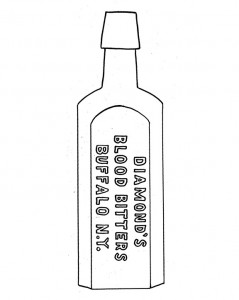 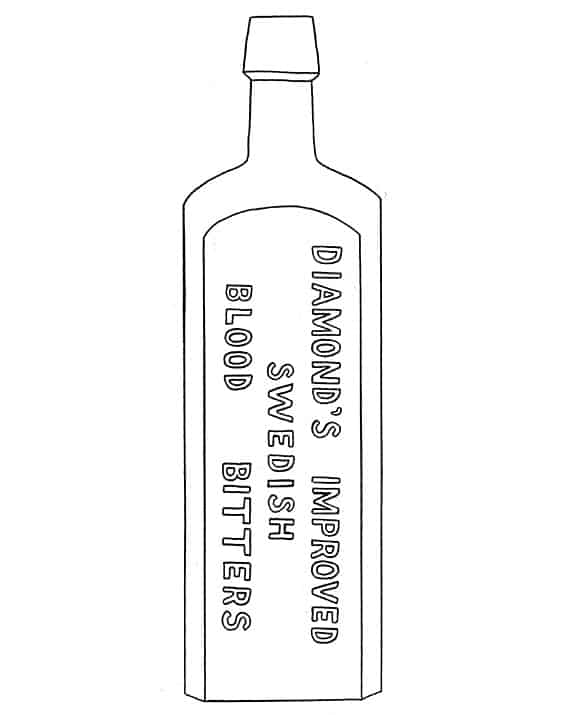 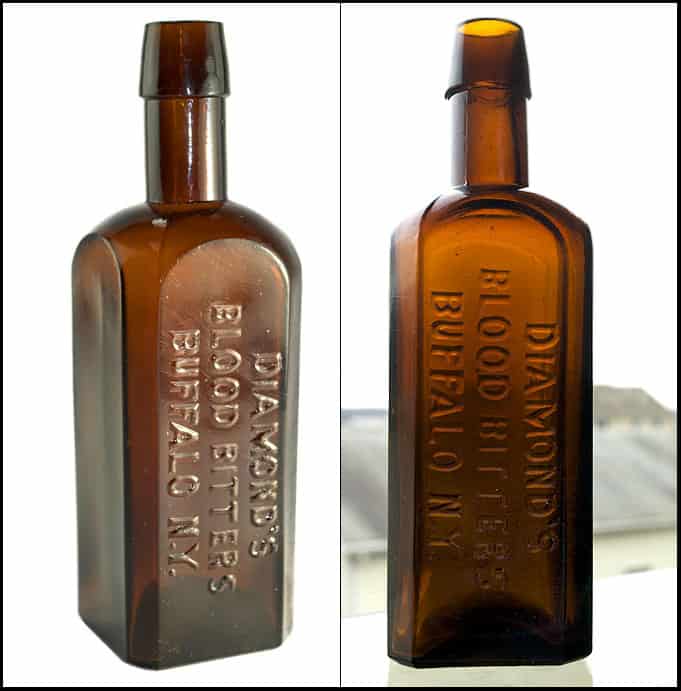 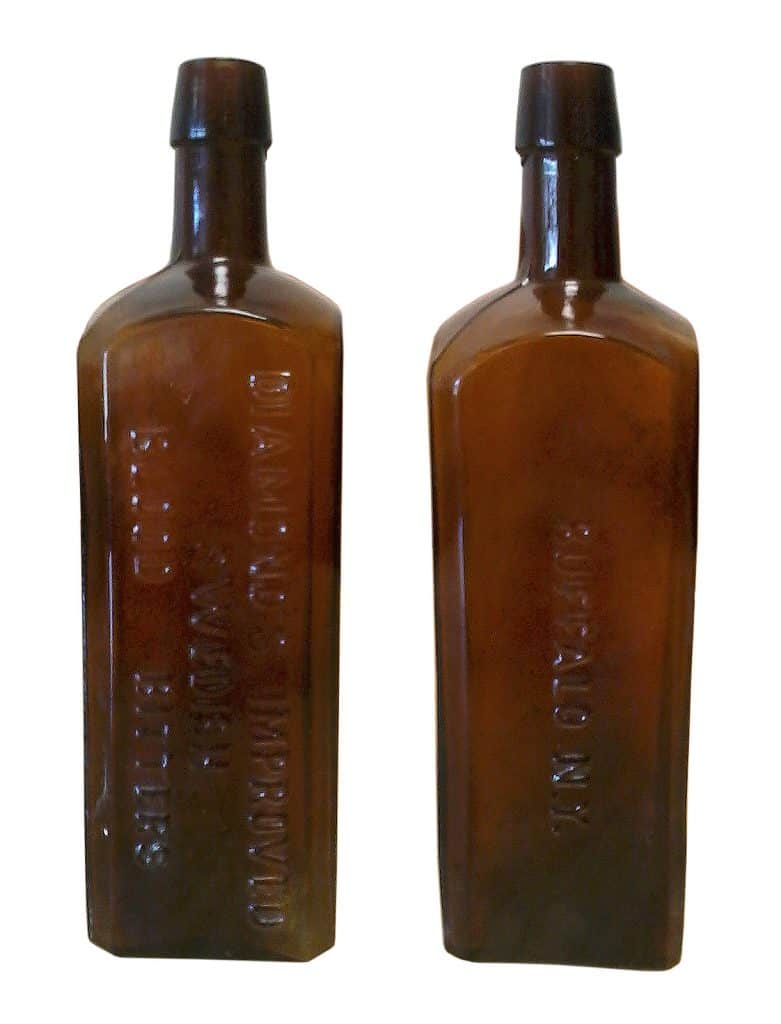 As far as I can tell, Charles A. Diamond was not a business tycoon, a Civil War hero, a politician, civic leader or from a family of American pioneers. He was simply a druggist, and probably a good druggist for many years who had two bitters associated with his name. Now that makes him pretty darn important, at least to us bitters collectors.

Born on 19 April 1849 in New York, he first clerks in a drug store in New York City in 1870 and from about 1872 to 1875 he clerks at a store in Buffalo. The next year he is a partner at Metcalf and Diamond and the following year, he is the proprietor of Diamond’s Drug Store in Buffalo. He is also listed as a manufacturing druggists so he is making and selling his medicines. In 1876, he is also listed as a showcard agent so he must have had time for another business. This might explain why he lists himself as a carpenter in the 1880 Federal Census.

Diamond moves around quite a bit judging by the different addresses in Buffalo directories. He business concern was called The Diamond Medicine Company. I first see listings for his company in 1892 and see it running through 1922. His wife was Margaret Anna Metzger and they were married in 1878. His father John Diamond who was born in New York or England depending on how Charles will fill out his census forms. His mother was from Vermont. Charles A. Diamond died on 4 March 1922 in Buffalo which would explain the demise of Diamond Medicine Company.

Only in 1892, can I find advertising for Diamond’s Blood Bitters in local Buffalo area newspapers. He is selling his Blood Bitters over the counter for 50 cents for a trial bottle. His advertising says his remedy is not a patent medicine and alludes that he is a doctor as it says, “Simply the result of a smart doctor’s investigations of blood troubles and their cures”. The bottle is 7 1/2 inches tall, square and amber. A labeled example exists.

Later or maybe earlier, hard to tell, he puts out Diamond’s Improved Swedish Blood Bitters. This bottle is rated extremely rare, square and is 10 inches tall and amber. Odd that I have not seen examples of either bottle.

Ferdinand Meyer V is a native of Baltimore, Maryland and has a BFA in Fine Art and Graphic Design from the Kansas City Art Institute and School of Design. Ferdinand is the founding Principal of FMG Design, a nationally recognized design consultation firm. Ferdinand is a passionate collector of American historical glass specializing in bitters bottles, color runs and related classic figural bottles. He is married to Elizabeth Jane Meyer and lives in Houston, Texas with their daughter and three wonderful grandchildren. The Meyers are also very involved in Quarter Horses, antiques and early United States postage stamps. Ferdinand is the past 6-year President of the Federation of Historical Bottle Collectors and is one of the founding members of the FOHBC Virtual Museum.
View all posts by Ferdinand Meyer V →
This entry was posted in Advertising, Bitters, Druggist & Drugstore, Medicines & Cures, Remedy and tagged bitters, Blood, Buffalo, Carlos, Charles, clerk, company, diamond, Druggist & Drugstore, drugs, Herbert, Homer, Improved, John, Medicine, Metcalf, Metzger, New York, Remedy, Swedish, Sylvia. Bookmark the permalink.