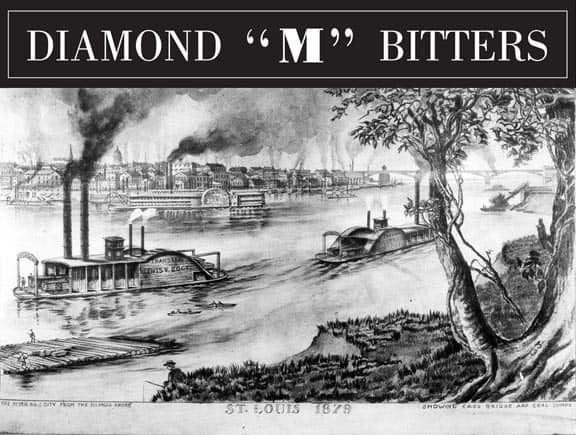 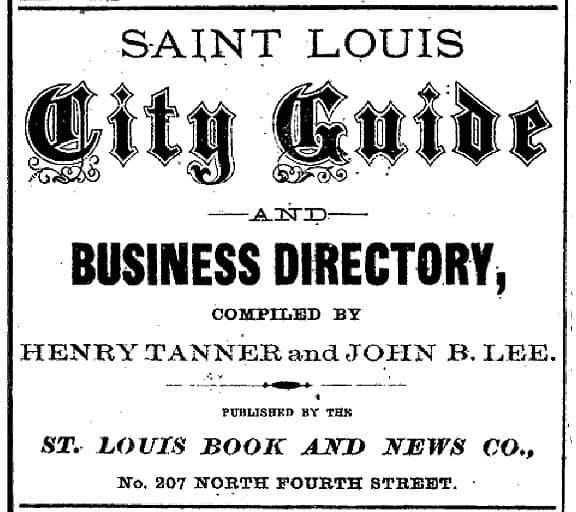 While tracking down leads and support information for another bottle, I was surprised when I saw reference to a DIAMOND “M” BITTERS in an 1868 St. Louis business directory advertisement. That name sure didn’t ring a bell. I knew that I possessed an extremely rare DIAMOND BITTERS from Detroit but this ad was from St. Louis, or at least the brand was sold in St. Louis by Mulligan & Company. I little more searching in Fold3 and Ancestry.com showed me that we were talking about Eugene Mulligan and Charles H. Davis.

A quick search in Carlyn Ring and Bill Ham’s Bitters Bottles, Bitters Bottles Supplement and new archived material compiled by Bill showed no reference to this bitters name or The Mulligan Company. How odd. An unlisted bitters.

Westward The Star of Empire Wends Its Way”

What is most intriguing are a few phrases on the advertisement I found (see below). The first is “Westward The Star of Empire Wends Its Way”. The second is “Established in New York, September 1828, Do. Buffalo, N.Y. October 1843 and Do. St. Louis, Mo. August 1867”, and the third is “An Experience of forty-five Years”. Has this brand really been around that long”, starting in New York in 1828?

“An Experience of forty-five Years”

Well there are no bottles for this post, nothing more than what I found below. Maybe someone has some more information? Bill I guess we will need a number. Diggers, start digging. 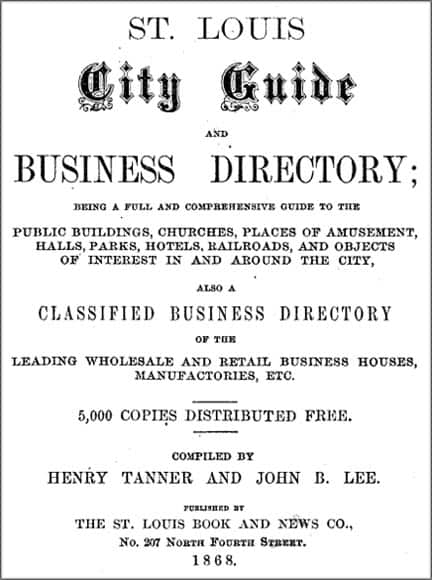 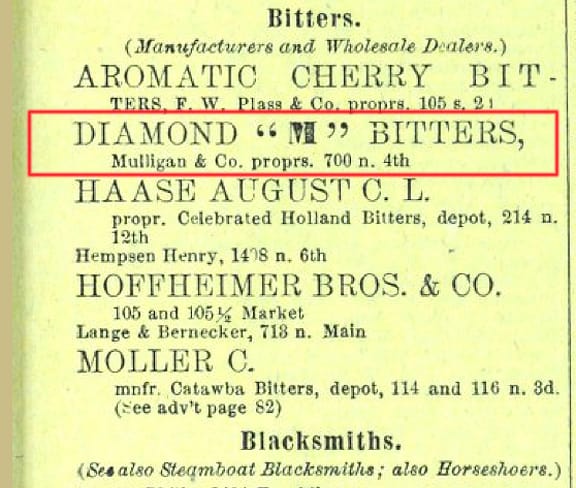 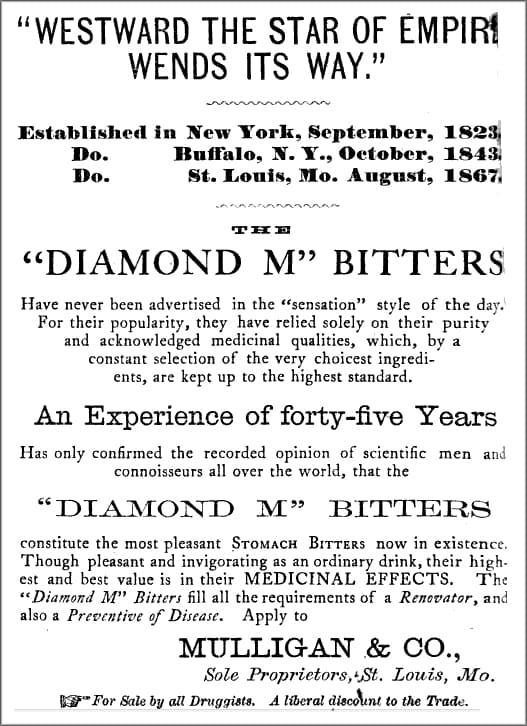 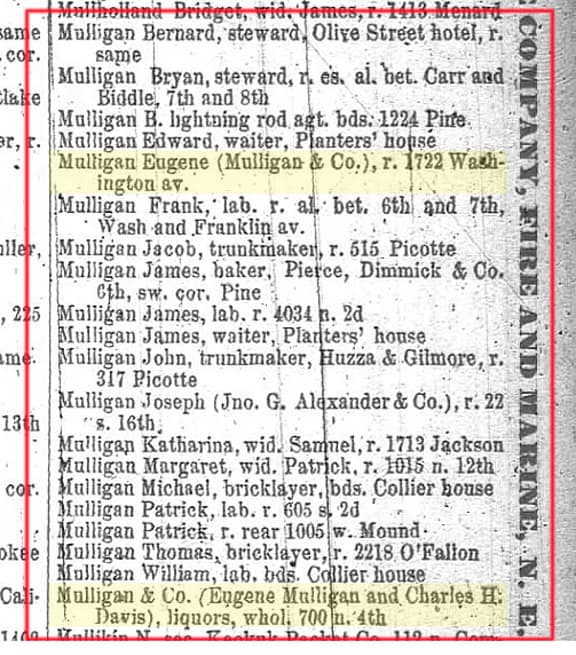 Ferdinand Meyer V is a native of Baltimore, Maryland and has a BFA in Fine Art and Graphic Design from the Kansas City Art Institute and School of Design. Ferdinand is the founding Principal of FMG Design, a nationally recognized design consultation firm. Ferdinand is a passionate collector of American historical glass specializing in bitters bottles, color runs and related classic figural bottles. He is married to Elizabeth Jane Meyer and lives in Houston, Texas with their daughter and three wonderful grandchildren. The Meyers are also very involved in Quarter Horses, antiques and early United States postage stamps. Ferdinand is the past 6-year President of the Federation of Historical Bottle Collectors and is one of the founding members of the FOHBC Virtual Museum.
View all posts by Ferdinand Meyer V →
This entry was posted in Bitters, Druggist & Drugstore, Questions and tagged Buffalo, Charles H. Davis, Diamond "M" Bitters, Eugene Mulligan, Missouri, Mulligan & Company, New York, St. Louis. Bookmark the permalink.