Here is an unlisted bitters bottle from the Garden State that has been circulating on some of the web forums requesting a place in history. Tom Kennedy Jansen posted the above picture of a Seligman’s Herb Bitters Camden NJ (I cropped in Photoshop) and said “as far as I know, this is the only one known (possibly still unlisted, although it was found a few years back now), and I’ve been unable to dig up any info on the company. Anybody know any of the company history, or see another?“

This is certainly not a pretty bottle as there is no color, it is dinged-up, but there still is some beauty here. It is the only example recorded at least to my knowledge. The new listing by Bill Ham within the forthcoming Bitters Bottles Supplement 2: 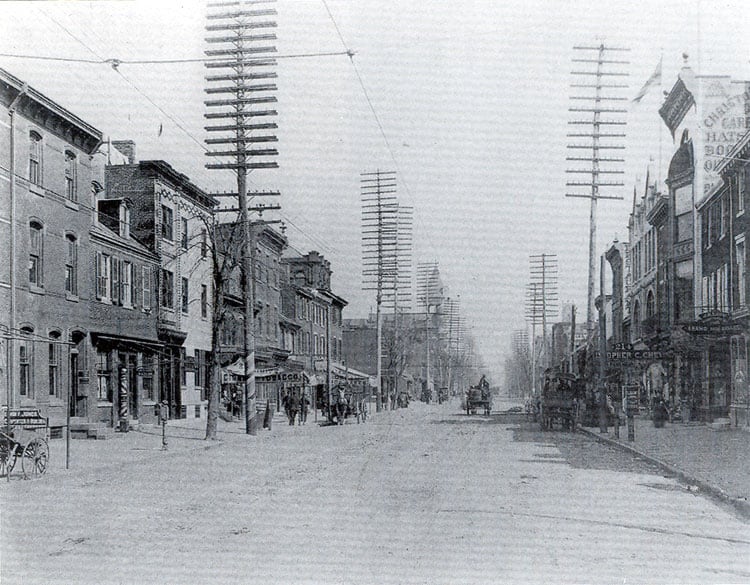 Market Street looking East from North 2nd Street, 1893. Possible the Seligman business on the left, middle of the block. – DVRBS.com

Isaac N. Seligman was a segar or cigar manufacturer and tobacconist for many years in Camden, New Jersey. Camden is right across the Delaware River from Philadelphia where a larger group of Seligman’s resided. None in the liquor or medicine business, though two are salesmen. He is the only Seligman in the Camden city directories in the right time period so I am going to assume he had a very short-lived bitters product that he sold in his establishment. Remember only one example has been reported. I can picture a dozen or so bottles squeezed in on his countertop with all of the pretty cigar boxes. Maybe the cigar makers had this bottle in the back, next to them while they were rolling tobacco? Maybe this bottle was dug near Seligman’s store? 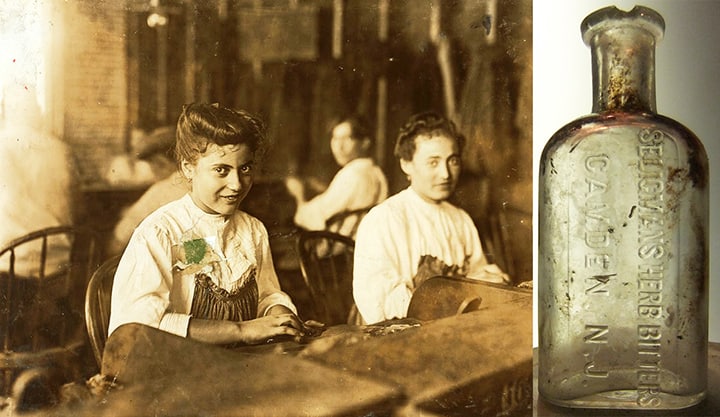 Note: There is a tendency to try to tie this Seligman to the New York banking firm J. & W. Seligman & Co. which was founded in 1864, They were a prominent U.S. investment bank, c. 1860s–1920s, until the divestiture of its investment banking arm in the aftermath of the Glass-Steagall Act. The firm was involved in the financing of several major U.S. railroads in the 1870s and the construction of the Panama Canal in the early 1900s. Seligman was also involved in the formation of Standard Oil and General Motors. [Wikipedia] 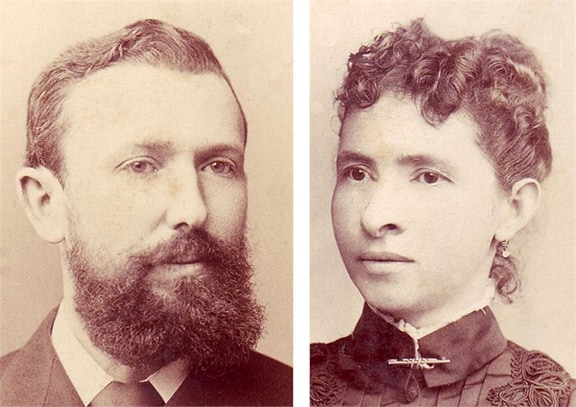 Our Mr. Seligman was born in Wangen Radolfszel, Baden, Germany on 28 May 1850 and immigrated to America in 1866. He settled in Camden, New Jersey, and by age 30, at least, had his own cigar store at 117 Market Street. He would remain at this location until 1905, probably later. He was married to a Prussian named Nathalie Bibo (1851-1923), one year younger than him. They were married in 1874 and had three children as far as I can tell, Esther L, Joseph A. and Margaret V. Seligman. Isaac and Nathalie Seligman are pictured above.

Not much more is known here. Seligman died on 15 November 1929 in Philadelphia.

Here is another herb bitters from Camden, New Jersey. The S. B. Goff’s Herb Bitters is kinda’ similar. 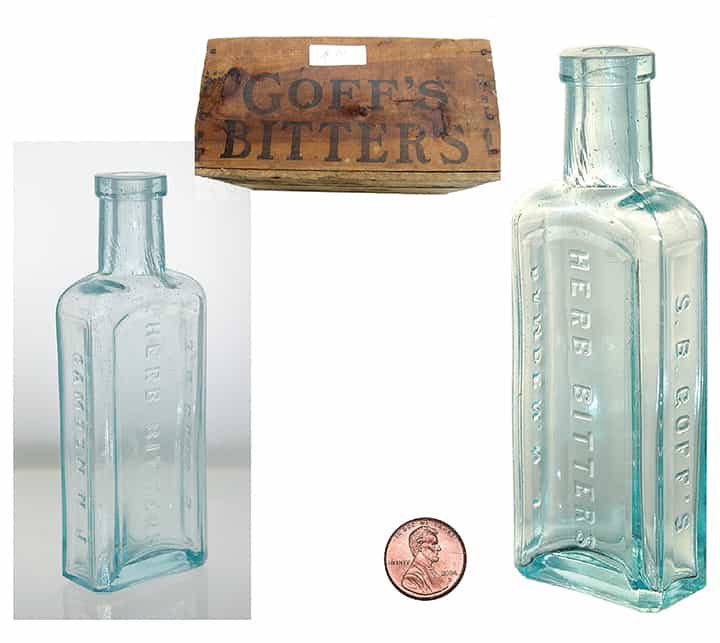 1905: Victor Talking Machine Company vs. Isaac Seligman – By 1905, the Victor Talking Machine Company was on its way to becoming the single largest industry in the City of Camden. Major musical artists considered being recorded by Victor an extraordinary honor. Shortly after signing a recording contract, Enrico Caruso was asked by a reporter who would write his biography. He replied, “My Victor records will be my biography.” By 1917, sales of Victrolas reached over a half million a year.

Not all, however, were so pleased about or with the continued growth and success of Mr. Johnson’s endeavors. It seems that Isaac Seligman, a shop owner at 117 Market Street in Camden, whose home and business abutted Victor Talking Machine’s (VTM) workshops, was being adversely affected by the company’s operations, and he decided to file suit. In 1905, VTM had constructed a building that housed a record making facility powered by two large boilers. Because of growing sales, the plant had increased its hours of operation from six o’clock in the morning until four o’clock in the morning. Mr. Seligman claimed that:

“The vibrations are shown to be about the same character and intensity as those occasioned…by the passage of trolley cars or of heavily loaded trucks, the only difference being that those occasioned by the machinery are continuous.”

French and Richards represented Mr. Seligman in this case and won an injunction against the company that curtailed the hours of operation for VTM. Needless to say, this put a crimp in the profits of the company. Legend has it that several VTM officials approached Mr. Johnson to discuss placing the Firm on retainer. He is said to have responded, “The company cannot afford to hire every lawyer who wins a suit against it.” The officials’ response to Mr. Johnson was, “But you can’t afford not to have lawyers like them working for you.”

Ferdinand Meyer V is a native of Baltimore, Maryland and has a BFA in Fine Art and Graphic Design from the Kansas City Art Institute and School of Design. Ferdinand is the founding Principal of FMG Design, a nationally recognized design consultation firm. Ferdinand is a passionate collector of American historical glass specializing in bitters bottles, color runs and related classic figural bottles. He is married to Elizabeth Jane Meyer and lives in Houston, Texas with their daughter and three wonderful grandchildren. The Meyers are also very involved in Quarter Horses, antiques and early United States postage stamps. Ferdinand is the past 6-year President of the Federation of Historical Bottle Collectors and is one of the founding members of the FOHBC Virtual Museum.
View all posts by Ferdinand Meyer V →
This entry was posted in Bitters, Digging and Finding, History, Tobacco and tagged Baden, Bibo, bitters, Camden, cigar, Germany, Goff, Herb, Jansen, Kennedy, manufacturer, market, Nathalie, New Jersey, Philadelphia, Seligman, tobacco, Tobacconist. Bookmark the permalink.