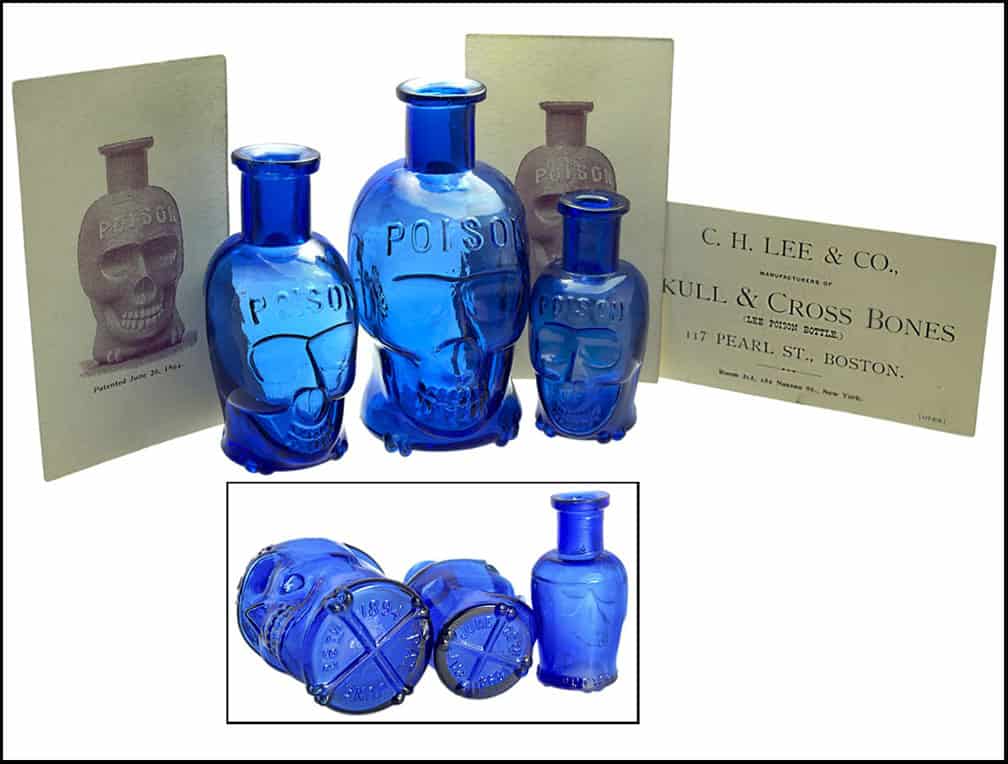 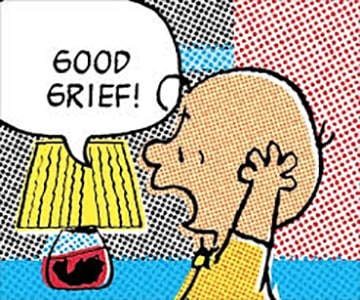 Sometimes I just feel like Charlie Brown because I have to say “Good Grief”. This time, Jim Hagenbuch has a set of three Skull Poisons….plus…are you ready…. three corresponding trade cards. Wow-oh-wow. Lot 244 is currently online at Glass Works Auctions “Winter Classic” Auction 106. The write-up and pictures from Glass Works are included in this post. 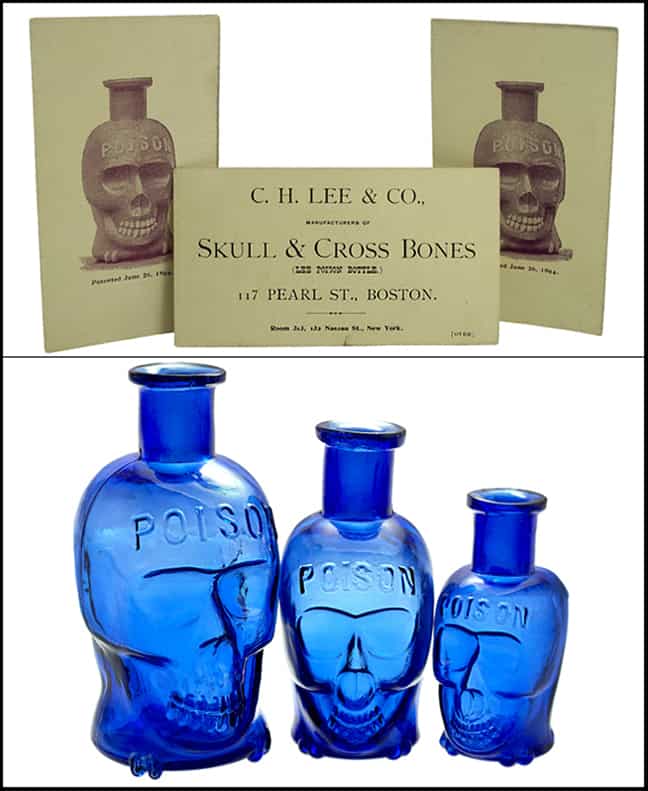 The middle size skull has a less than pinhead in size spot of roughness on the outer edge of the lip that probably occurred in making. Arguably the finest set of Skull Poisons in existence and never filled. Rarer than the Skull’s are the three trade cards, one for each skull. In the mid-1980’s an English collector ran an ad in the British Bottle Review magazine wanting to buy Skull poisons. A person responded to the ad offering this set, he had found them several years earlier in an old Apothecary Shop in central Wales, which is part of Great Britain. When found the Skull’s and cards were inside a cardboard box filled with straw, both of which are long gone. The set is believed to be a salesmen’s sample, shown to potential British buyers and left behind. For years rumor had it that a second set was also found, but this has never been substantiated, nor found.

Ferdinand Meyer V is a native of Baltimore, Maryland and has a BFA in Fine Art and Graphic Design from the Kansas City Art Institute and School of Design. Ferdinand is the founding Principal of FMG Design, a nationally recognized design consultation firm. Ferdinand is a passionate collector of American historical glass specializing in bitters bottles, color runs and related classic figural bottles. He is married to Elizabeth Jane Meyer and lives in Houston, Texas with their daughter and three wonderful grandchildren. The Meyers are also very involved in Quarter Horses, antiques and early United States postage stamps. Ferdinand is the past 6-year President of the Federation of Historical Bottle Collectors and is one of the founding members of the FOHBC Virtual Museum.
View all posts by Ferdinand Meyer V →
This entry was posted in Advertising, Auction News, Poison Bottles, Trade Cards and tagged auction, brown, cards, Charlie, good, grief, hagenbuch, Poison, Skull, trade. Bookmark the permalink.