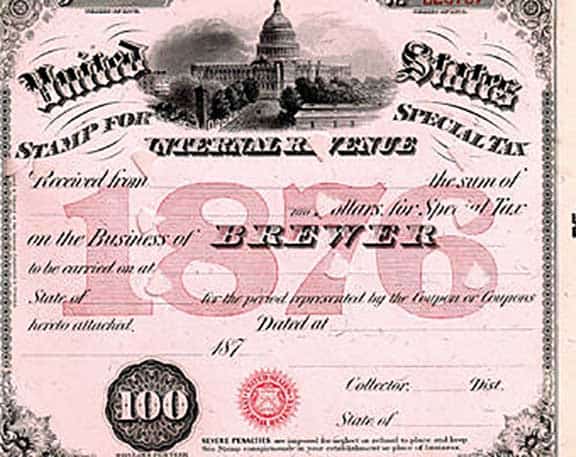 While working on the Dr. James H. McLean & Ferd Meyer, the Tax Agent post, I had the opportunity to look more closely at the 1876 United States Internal Revenue Special Tax Stamps or Certificates for Wholesale Liquor Dealers, Tobacco Peddlers and Beer Brewers. The art is quite spectacular and was executed at the Bureau of Engraving and Printing in Washington, D.C. which was formed in 1861 by legislation enacted to help fund the Civil War. In July 1861, Congress authorized the Secretary of the Treasury to issue paper currency in lieu of coins due to the lack of funds needed to support the conflict. 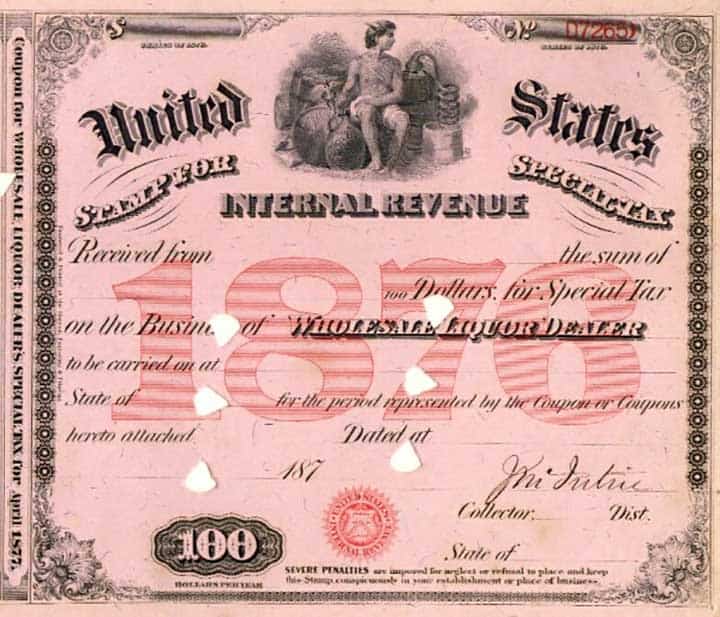 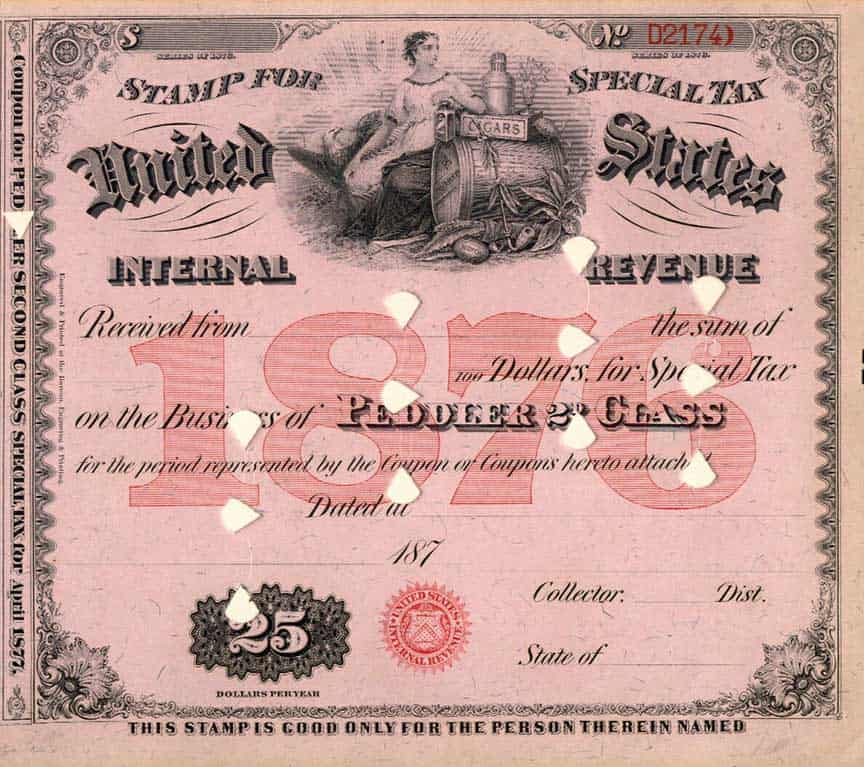 In August 1862, while the American Civil War was being waged, the United States (Union) government began taxing a variety of goods, services and legal dealings. Many were luxury or “sin” items. To confirm that taxes were paid, a ‘revenue stamp’ was purchased and appropriately affixed to the taxable item, which would in turn pay the tax duty involved. 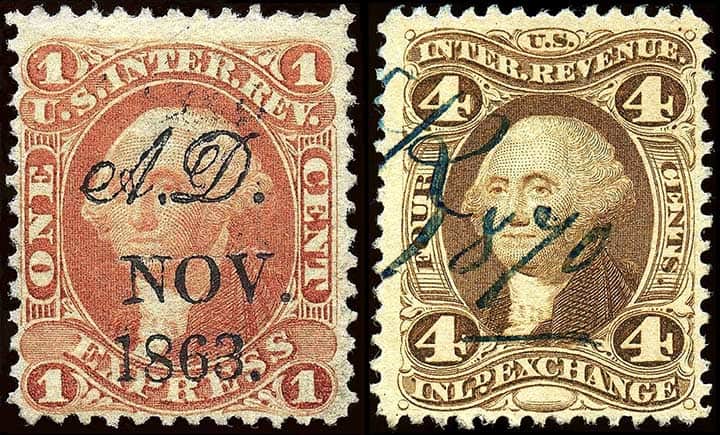 Examples of the first U.S. Revenue stamps issued in 1862

The new revenue stamps were used to pay tax on proprietary items such as playing cards, patent medicines and luxuries, and for various legal documents, stocks, transactions and various legal services. The cancellation of these stamps were usually done in pen and ink, while hand stamped cancellations were seldomly used and subsequently are more rare. When the Civil War ended it did not mean an end to revenue taxes as the federal government still had not paid the $2.7 billion debt it had acquired until 1883, at which time it finally repealed the excise tax. Three distinct revenue stamp series were produced to pay the taxes during that twenty-one year period. 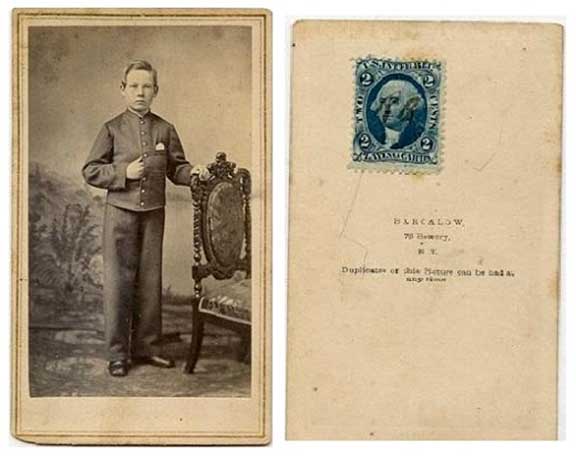 Among the more notable instances of tax stamp usage occurred in the photography trade. As the Civil War progressed, the demand for photographs of family members, soldiers going off to war and returning war heroes increased dramatically, but not without the notice from the Federal government who saw the advent as an opportunity to raise much-needed revenue for the war. On August 1, 1864 the Internal Revenue department passed a ‘photograph tax’ requiring photographers to pay a tax on the sale of their photographs. By 1864 there were no ‘photography tax’ stamps issued, so other stamps were substituted, typically, the proprietary or playing card revenue stamps was used, usually affixed to the back of the photograph. Already burdened with high overhead costs and scarcity of materials because of the war, large photograph companies organized and petitioned Congress, complaining that they were shouldering too much of the tax burden placed on the public. After exactly two years their constant efforts resulted in the tax being repealed on August 1, 1866. Several other widely used products, such as cotton, tobacco and alcohol, were also charged a proprietary tax which appreciably contributed to the revenues generated. [Wikipedia]

I was able to isolate some of the engraved art on the certificates. 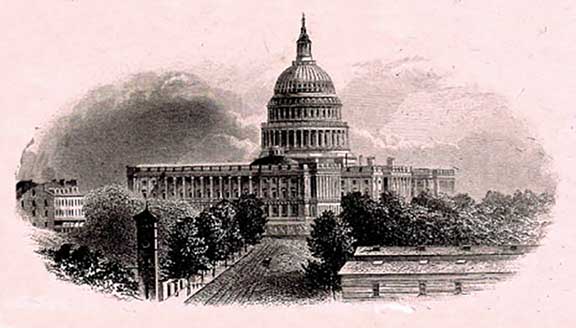 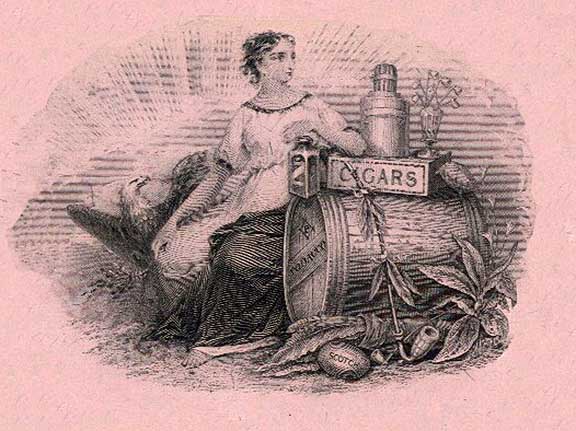 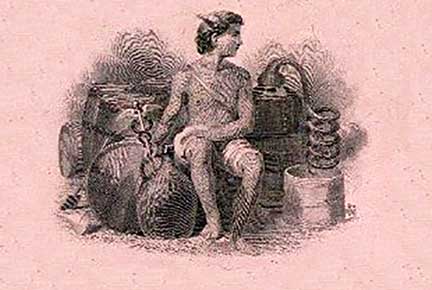 Ferdinand Meyer V is a native of Baltimore, Maryland and has a BFA in Fine Art and Graphic Design from the Kansas City Art Institute and School of Design. Ferdinand is the founding Principal of FMG Design, a nationally recognized design consultation firm. Ferdinand is a passionate collector of American historical glass specializing in bitters bottles, color runs and related classic figural bottles. He is married to Elizabeth Jane Meyer and lives in Houston, Texas with their daughter and three wonderful grandchildren. The Meyers are also very involved in Quarter Horses, antiques and early United States postage stamps. Ferdinand is the past 6-year President of the Federation of Historical Bottle Collectors and is one of the founding members of the FOHBC Virtual Museum.
View all posts by Ferdinand Meyer V →
This entry was posted in Art & Architecture, Civil War, History, Postage, Tax Stamps and tagged 1876, certificate, Civil, goods, Internal, liquor, peddler, Revenue, special, stamp, States, tax, tobacco, United, war. Bookmark the permalink.