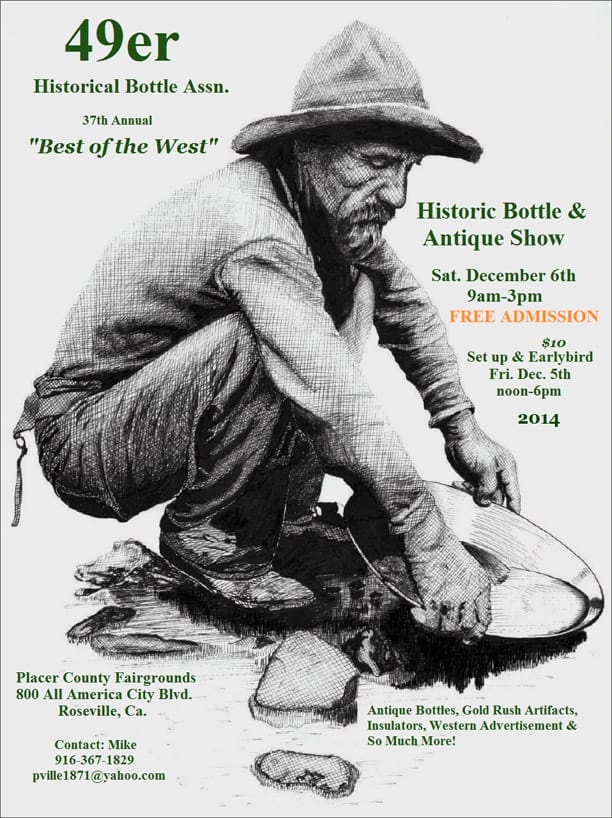 I had no fewer that five e-mails and texts yesterday telling me how great the 49er Historic Bottle & Antique Show was. Man, I wish I could have been there. Heavy duty travel in the East coast last week, a dog event and trimming our Christmas tree dominated my decision not to attend. Congratulations to show chair Mike McKillop, club president Max Bell and the 49er club.

The Roseville Show was a great success! – Jerry Forbes 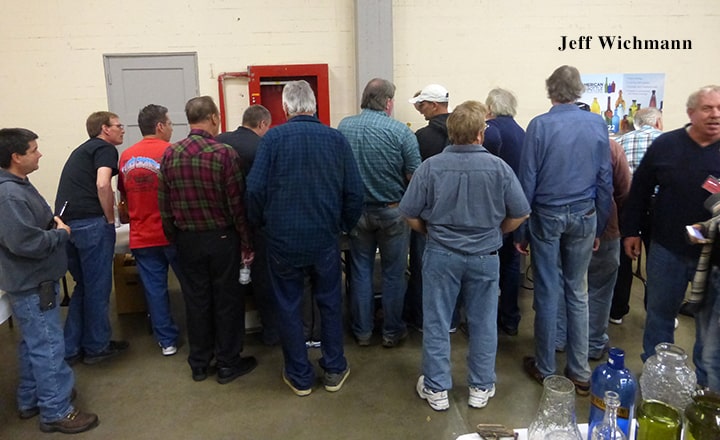 I thought I just saw a note on your Peachridge site where you refereed a dog-fight but you were the loser. I went back to check it again and couldn’t find it. Am I just dreaming? Set me straight.

The 49er club show will be over by the time you get this. Good show that was well attended. I was surprised by the number of people compared with last year. I saw a good number of sales so there should be a lot of happy sellers. I am having some photo issues on my computer so will pull a few directly off my camera.

The first is the table of Jeff Wichmann. You would think he was giving away bottles as it was jammed with potential buyers for a good while. I don’t even know what was so great because I couldn’t breach the crowd. That is Jeff, himself, on the right side, who could not even get to his own table!

The second photo is a major display of unembossed whiskey bottles except for the base markings which included a central ray generally described as a “star”. Max Bell put this together but It had a number of contributors and is a sort of esoteric collecting specialty in the West as a good number – maybe all – of these bottles have been attributed to the San Francisco glass houses.

The third photo is a nicely lighted display of colognes included some “swirled” glass.

I think I had better stop here as the attached photos are really big. If you would like a few more just let me know.

BTW, I do hope I was wrong about that dog bite. That doesn’t sound good at all. 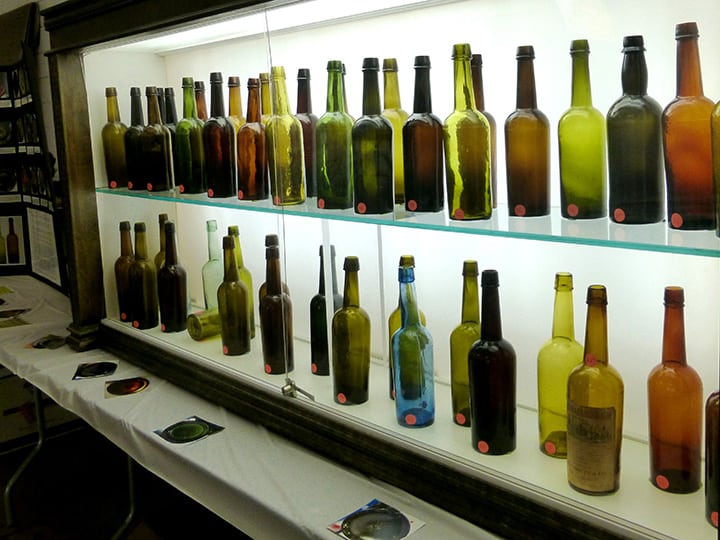 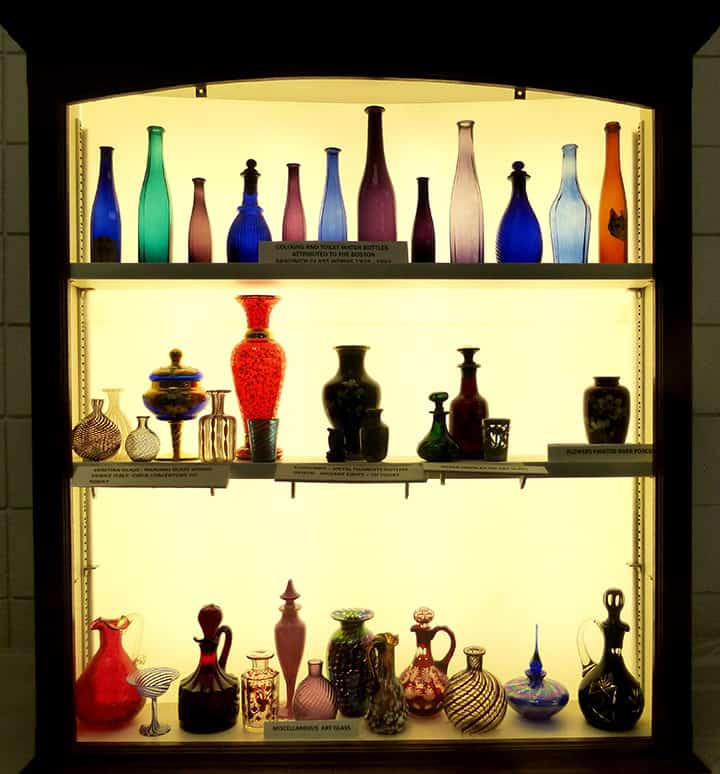 See on your Friday “Daily Dose” you sustained an arm injury. Hope all is/will be well! We shouldda’ gone to Roseville…! Wellness & relaxation this weekend, Froggy (Jeff Burkhardt) 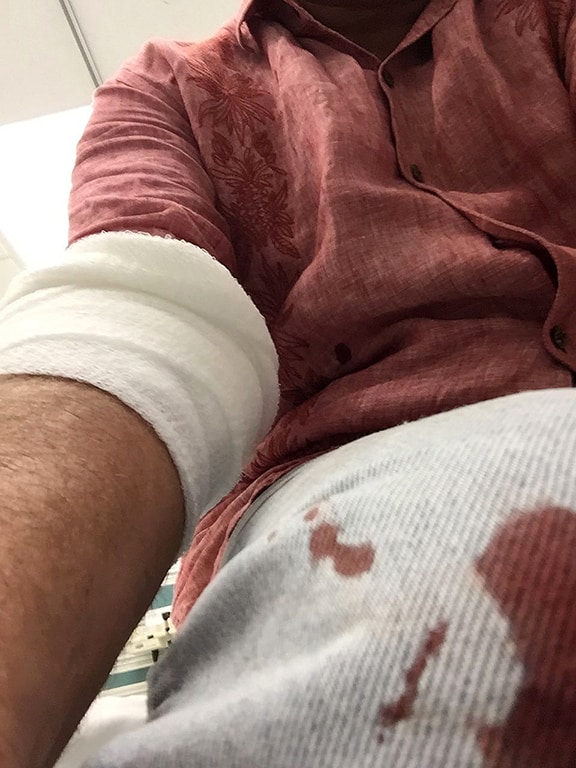 Ferdinand Meyer V is a native of Baltimore, Maryland and has a BFA in Fine Art and Graphic Design from the Kansas City Art Institute and School of Design. Ferdinand is the founding Principal of FMG Design, a nationally recognized design consultation firm. Ferdinand is a passionate collector of American historical glass specializing in bitters bottles, color runs and related classic figural bottles. He is married to Elizabeth Jane Meyer and lives in Houston, Texas with their daughter and three wonderful grandchildren. The Meyers are also very involved in Quarter Horses, antiques and early United States postage stamps. Ferdinand is the past 6-year President of the Federation of Historical Bottle Collectors and is one of the founding members of the FOHBC Virtual Museum.
View all posts by Ferdinand Meyer V →
This entry was posted in Bottle Shows, Display, News and tagged 49er, bell, bite, Bottle, Burkhardt, dog, Forbes, McGuire, Roseville, show, Wichmann. Bookmark the permalink.