“Before they left, they evidently reached a high state of hilarity as they imbibed quite freely of Hunki Dori Bitters”

It seems fitting, as a follow-up to the recent Hunk Dori Bitters post, to develop a post for another Hunki Dori Bitters. This brand was made by H.B. Matthews in Chicago, Illinois. The Carlyn Ring and W.C. Ham listing in Bitters Bottles is as follows: 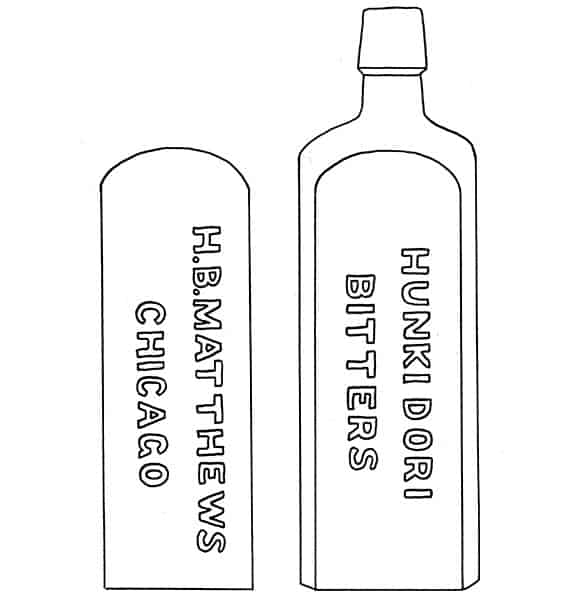 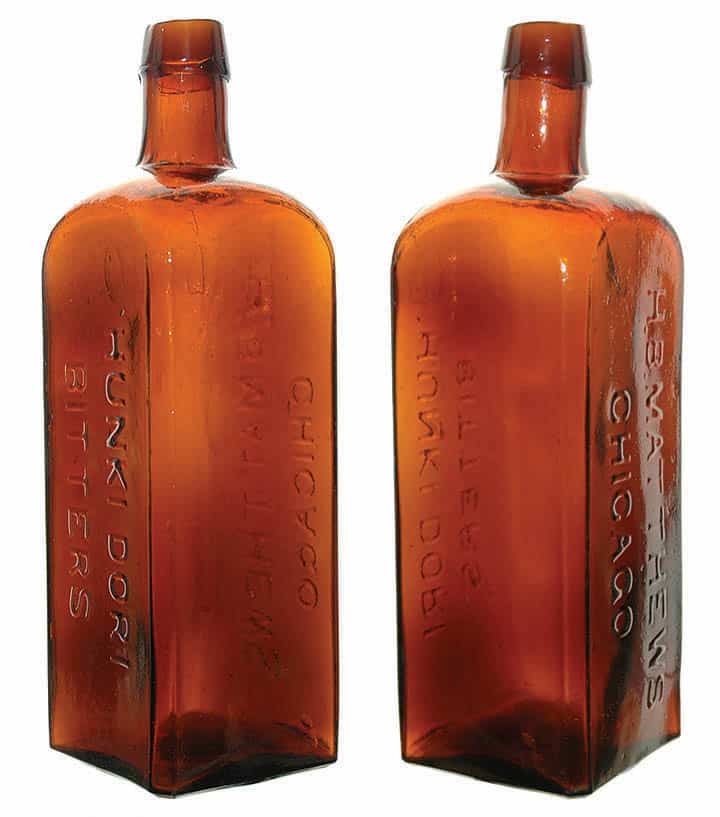 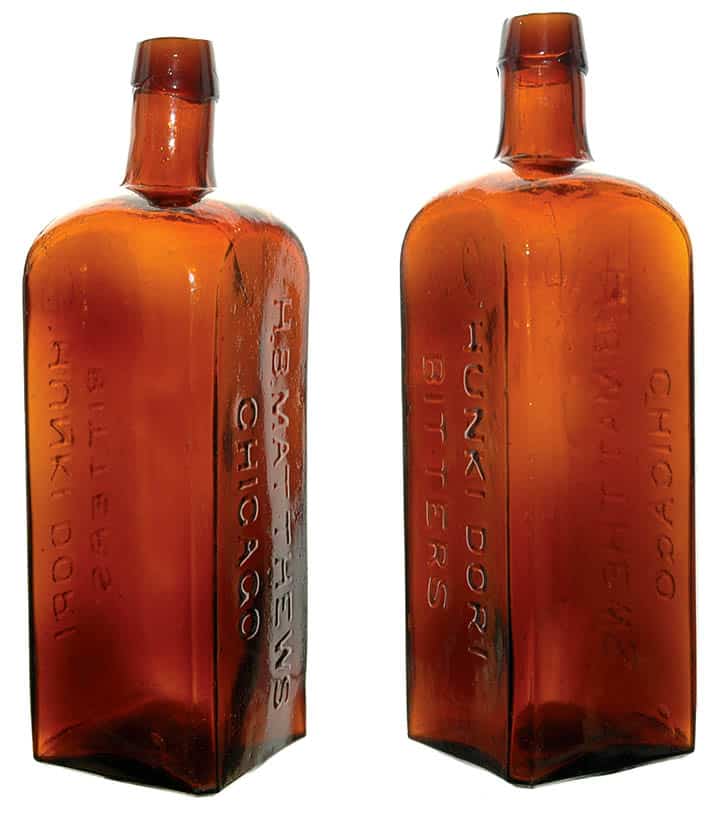 Most modern definitions of “Hunki dori” mean “satisfaction”, “OK”, “every is all right”, “cool” etc. In a previous post, I said I thought Hunki Dori was a honky tonk in Saigon during the Vietnam War. The phrase actually dates back at least the early 1870s as noted in this news clipping in a social column below… 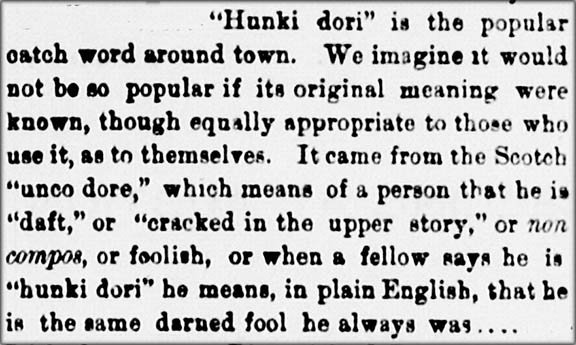 Henry B. Matthews was born in Johnstown, New York in 1809. I believe that he had five sons, Edwin S., Henry B., Thomas, John H. and Daniel S. who would follow and join him in various business capacities throughout his life. This is reflected in their business name, H.B. Matthews Sons. From New York, I see that they were farming in Davenport, Iowa in 1860 which seems odd and later show up selling stomach bitters and as travel agents at 220 Lake Street in Chicago, Illinois in 1873. Edwin and Daniel Matthews were running the operation by then. This lasts until about 1877 though they could have been selling bitters later as they were listed as selling liquor and patent medicines until 1882. Kind of the same thing back then. 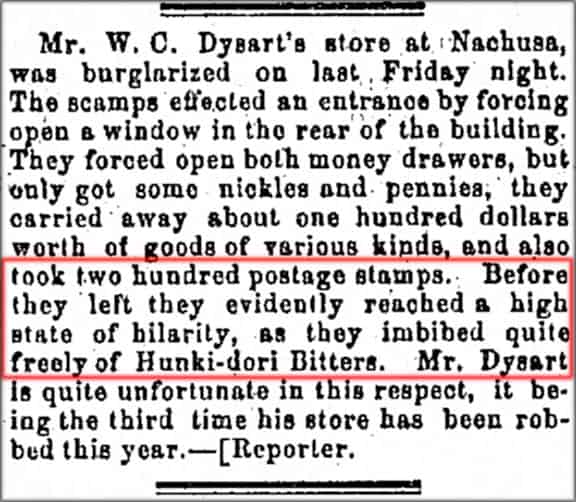 Ferdinand Meyer V is a native of Baltimore, Maryland and has a BFA in Fine Art and Graphic Design from the Kansas City Art Institute and School of Design. Ferdinand is the founding Principal of FMG Design, a nationally recognized design consultation firm. Ferdinand is a passionate collector of American historical glass specializing in bitters bottles, color runs and related classic figural bottles. He is married to Elizabeth Jane Meyer and lives in Houston, Texas with their daughter and three wonderful grandchildren. The Meyers are also very involved in Quarter Horses, antiques and early United States postage stamps. Ferdinand is the past 6-year President of the Federation of Historical Bottle Collectors and is one of the founding members of the FOHBC Virtual Museum.
View all posts by Ferdinand Meyer V →
This entry was posted in Bitters, History, Liquor Merchant, Medicines & Cures and tagged bitters, chicago, Daniel, Dori, Edwin, grocer, Henry, Hunki, illinois, John, liquor, Matthews, Medicines, Patent, sons, Thomas. Bookmark the permalink.