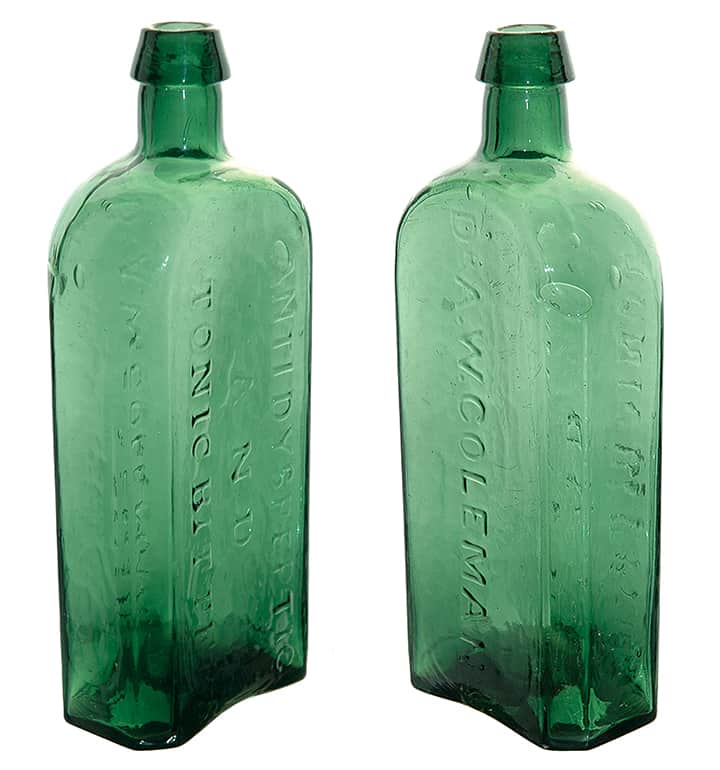 As a follow-up to the J. W. Hutchinson’s Tonic Bitters from Mobile, Alabama post, I thought it would be nice visit the Dr. A. W. Coleman’s Anti-Dyspeptic and Tonic Bitters, also from Mobile. Actually it is thought to be the oldest embossed bitters from this city. My example is pictured at the top of this post and is from the American Bottle Auctions – Grapentine I sale in April 2007.

Note: One whole one and 8-10 fragments of the base were dug at the Canal Zone. Three green and two black glass dug in Mobile. Probably oldest Mobile embossed bitters. Coleman was druggist in Mobile.

I have three colors of the Coleman’s (see picture of Rods bottles below), but one of my original emerald green ones was open pontiled instead of iron pontiled. The open pontiled ones are harder to find. The Coleman’s black glass ones have had their pontils fire polished off, or whoever blew that batch used some other technique to hold or rest the bottle on while forming the lip. They are not really any “newer” than the emerald green examples, but normally do not have a true “pontil scar” of any type on them. They were all blown in a flat bottomed mold, and some of the black ones, while “smooth base” have an irregular indention in the base, or at least smooth, sand like impressions or swirls in the glass. – Rod Vining 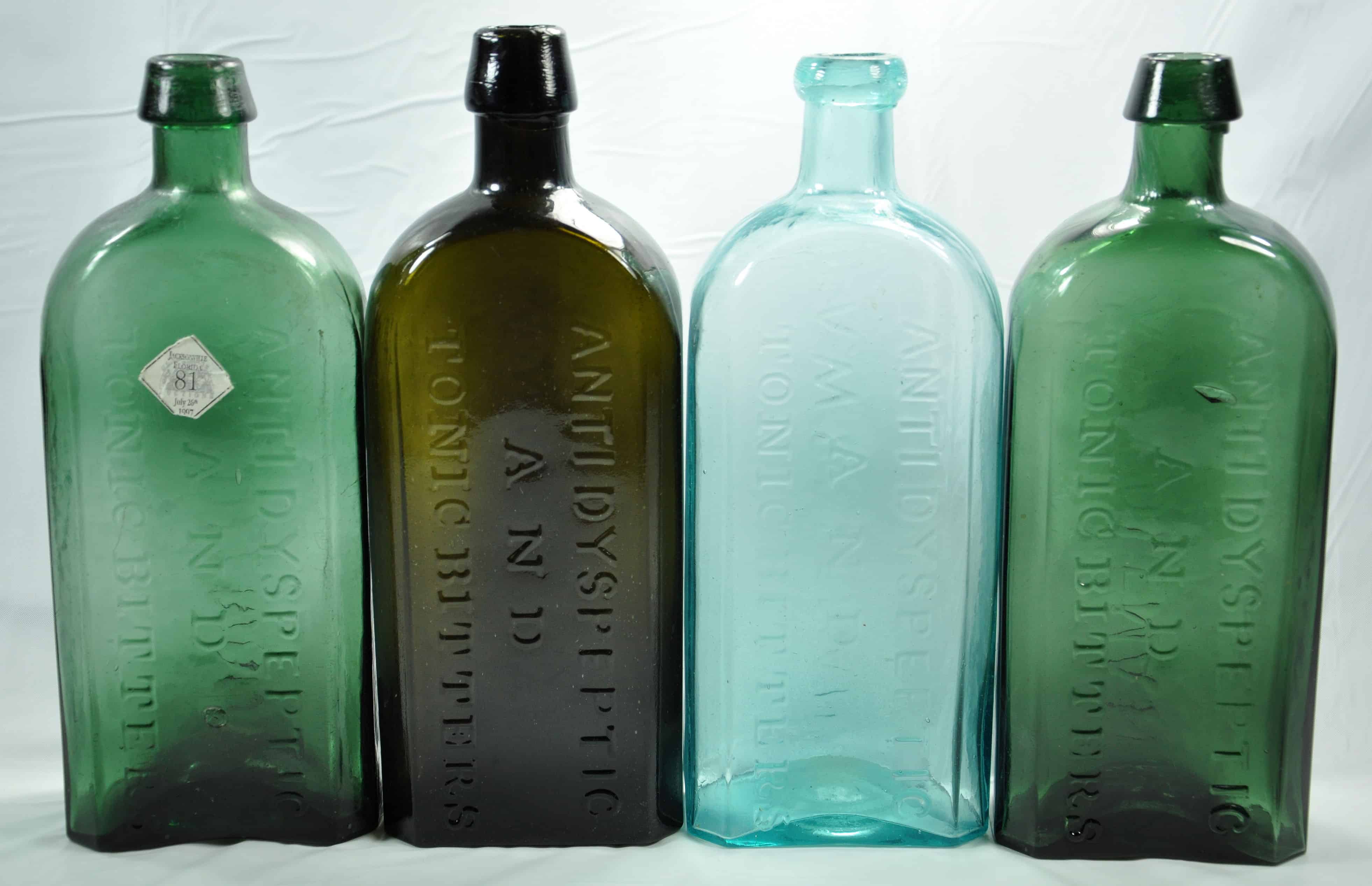 At first I thought it might be fairly easy to track down Dr. A.W. Coleman in Mobile, Alabama. I mean, just the other day, I was just searching within many Mobile, Alabama directories looking for information on John W. Hutchinson. His bitters first was sold in 1840, though probably not in an embossed bottle. That would come later. So what do the initials “A.W.” stand for? At first I was thinking it was Abraham Womack Coleman who was born around 1800. This is not correct. A red herring. Maybe we are talking about Asa W. Coleman who was born about 1808 in Georgia. Actually I think I am looking in the wrong part of the country.

“Put up in quart bottles, with the name of the inventor in larger raised letters on each bottle. Price $1 per bottle or six bottles for $5”

The top advertisement below indicates that this bitters originated and was sold around 1834, possibly in Boston or New York. The newspaper advertisements are from the south though. I suspect Dr. A.W. Coleman was from Dublin, Ireland and came over on a ship to New York city. He invented and sold this bitters early and for some reason he either died and gave the recipe to his son, E.D. Coleman or he moved to Mobile, Alabama. Advertising typically occurs in Mobile, Alabama and New Orleans Louisiana in 1846, 1847 and 1848. Certainly by that time, A.W. Coleman had passed away and E.D. Coleman, marketed the brand from 106 Dauphin Street in Mobile, Alabama and 92 Poydras Street in New Orleans. Note that one whole Coleman’s Bitters example and 8-10 fragments of the base were dug at the Canal Zone. 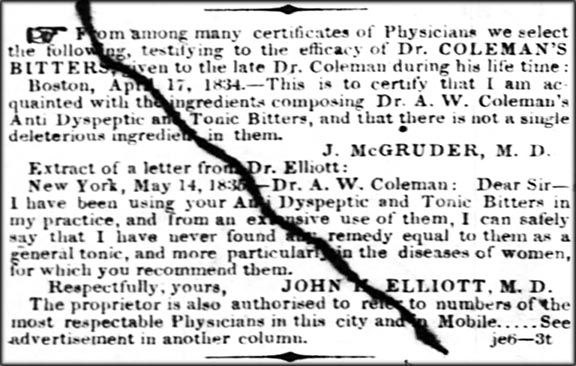 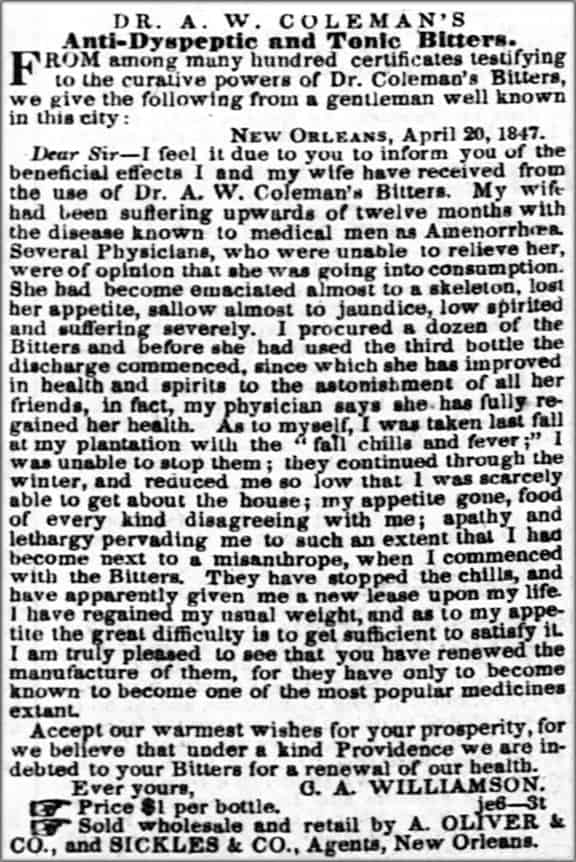 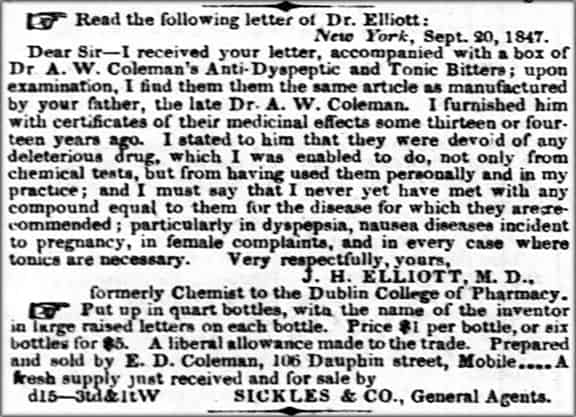 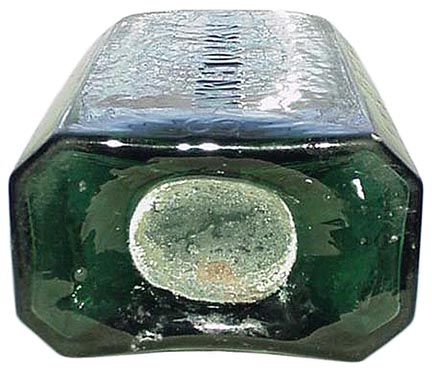 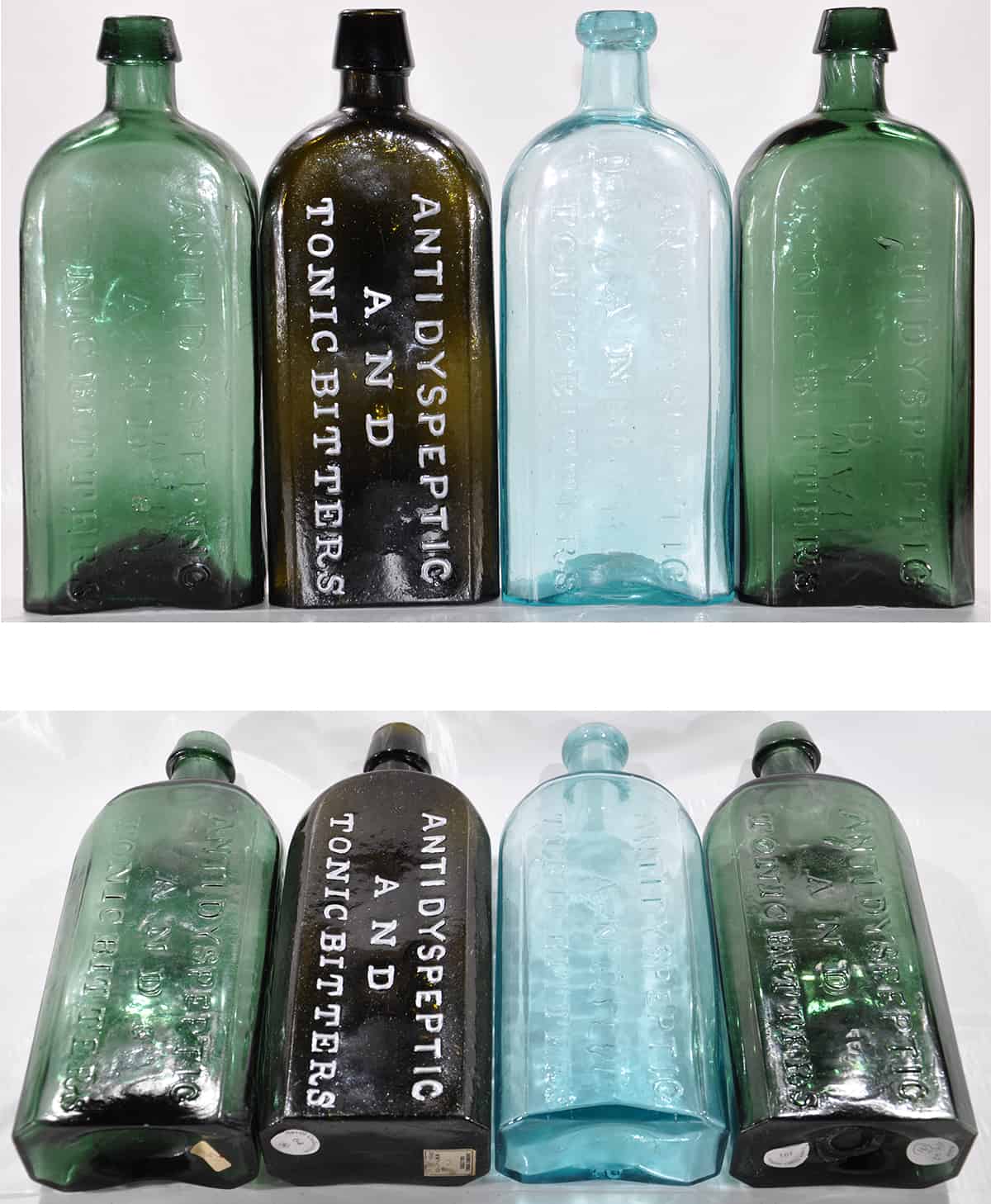 31 March 2020 update images: The only thing new here is the black one that I used to own, and purchased back from Dr. Aprill’s auction. This black one is whittled. Most of the black ones are smooth. – Rod Vining

Ferdinand Meyer V is a native of Baltimore, Maryland and has a BFA in Fine Art and Graphic Design from the Kansas City Art Institute and School of Design. Ferdinand is the founding Principal of FMG Design, a nationally recognized design consultation firm. Ferdinand is a passionate collector of American historical glass specializing in bitters bottles, color runs and related classic figural bottles. He is married to Elizabeth Jane Meyer and lives in Houston, Texas with their daughter and three wonderful grandchildren. The Meyers are also very involved in Quarter Horses, antiques and early United States postage stamps. Ferdinand is the past 6-year President of the Federation of Historical Bottle Collectors and is one of the founding members of the FOHBC Virtual Museum.
View all posts by Ferdinand Meyer V →
This entry was posted in Advertising, Bitters, Druggist & Drugstore, History, Medicines & Cures, Tonics and tagged alabama, anti, bitters, Coleman, Coleman's, Doctor, Druggist & Drugstore, Dublin, Dyspeptic, Grapentine, Ireland, Marshall, Meyer, Mobile, Rod, Tonic, Vining. Bookmark the permalink.