Tom Leveille sent me the below pictures of the only known example of the open pontil and triangular Anti-Malarial Bitters in a personal Facebook message yesterday. The bottle is in a private collection. It is rumored that a second example resides in the Hunter Cox collection. Boy this is an exciting bottle. Put out by D. T. Everts & Company in Petersburg, Virginia, this bottle is not even pictured in the Ring & Ham Bitters Bottles book though there is a newspaper reference. For Bill Ham, the third panel is blank.

[Updated] The new listing in Bitters Bottles Supplement 2 will be:

CHILLS!   CHILLS!   THEIR CONSEQUENCES AND HOW TO AVOID THEM 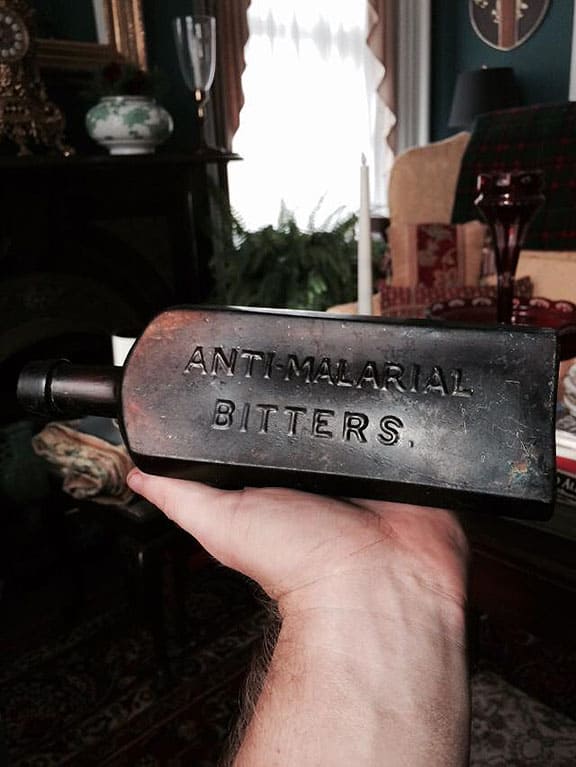 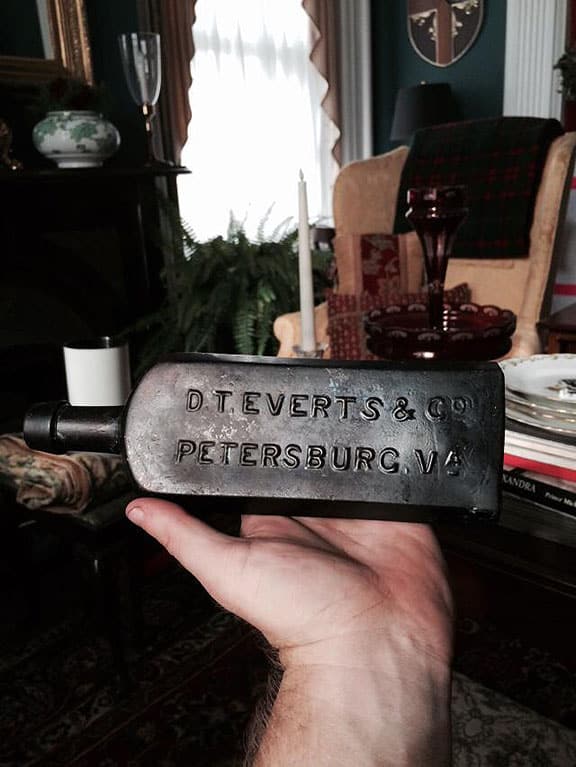 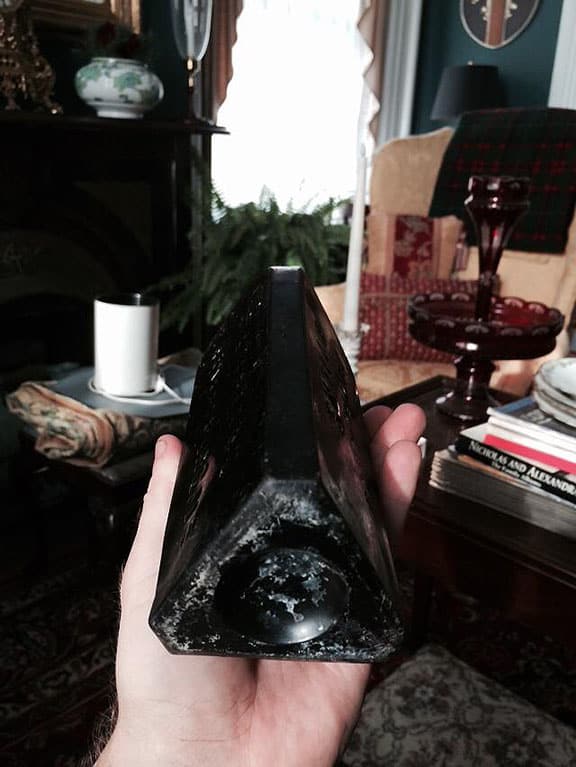 D. T. Evert was a Civil War veteran of some distinction as I see many military references. With the end of the war, Evert settled at 60 Sycamore Street in Petersburg, Virginia and became a druggist and wholesale liquor dealer. Kind of the same thing back then. The Anti-Malarial Bitters was probably only produced in 1867 and 1868 as you can see from the advertisements below. One advertisement showed that he was also selling the brand in North Carolina in 1867. 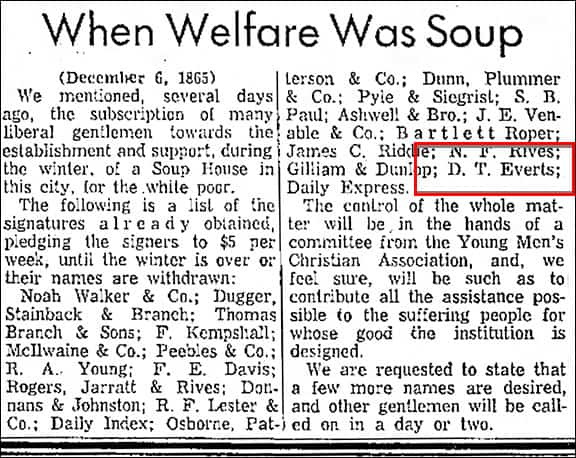 D.T. Everts helping out with contributions to a Soup House in Petersburg, Virginia right after the Civil War. – December 6, 1865

Ferdinand Meyer V is a native of Baltimore, Maryland and has a BFA in Fine Art and Graphic Design from the Kansas City Art Institute and School of Design. Ferdinand is the founding Principal of FMG Design, a nationally recognized design consultation firm. Ferdinand is a passionate collector of American historical glass specializing in bitters bottles, color runs and related classic figural bottles. He is married to Elizabeth Jane Meyer and lives in Houston, Texas with their daughter and three wonderful grandchildren. The Meyers are also very involved in Quarter Horses, antiques and early United States postage stamps. Ferdinand is the past 6-year President of the Federation of Historical Bottle Collectors and is one of the founding members of the FOHBC Virtual Museum.
View all posts by Ferdinand Meyer V →
This entry was posted in Advertising, Bitters, Druggist & Drugstore, History, Liquor Merchant, Medicines & Cures and tagged Anti-Malarial, bitters, chills, D.T. Everts, Hunter Cox, Petersburg, Tom Leveille, Virginia. Bookmark the permalink.