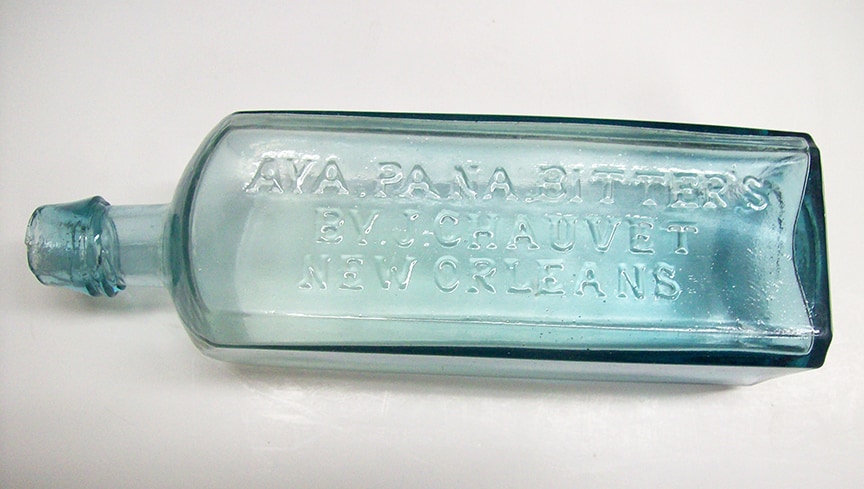 Here is an extremely rare bitters that came to my attention after talking with Courtney Frioux of New Orleans at the Houston Bottle Show a week ago Saturday. The Aya Pana Bitters, manufactured by J. Chauvet in New Orleans, dates to 1859 based on the newspaper advertisement below from The Courier in New Orleans on 04 September 1860.

Jonte Chauvet was a distiller at 73 Old Levee, in New Orleans according to an 1861 New Orleans city directory. During the Civil War, he served with the Confederate forces as a Sergeant Major, 3 Regiment, European Brigade (Garde Francaise), Louisiana Militia.

He disappears for a number or years and next shows up in 1870 working at G. W. Dunbar & Son (George W. Dunbar and George H. Dunbar) who were wholesale dealers in foreign and domestic cordials and syrups. There is also a Gentile Chauvet who is listed as a distiller at G. W. Dunbar & Son in 1876. Can’t figure that one out.

Ayapana, in case you are curious, is a tropical American perennial herb. The leaves, at least of Ayapana triplinervis, are commonly used medicinally.

Bottle pictures are from Courtney Frioux 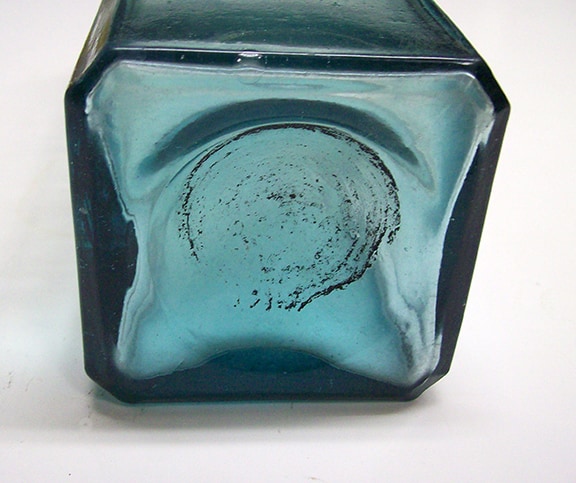 Ferdinand Meyer V is a native of Baltimore, Maryland and has a BFA in Fine Art and Graphic Design from the Kansas City Art Institute and School of Design. Ferdinand is the founding Principal of FMG Design, a nationally recognized design consultation firm. Ferdinand is a passionate collector of American historical glass specializing in bitters bottles, color runs and related classic figural bottles. He is married to Elizabeth Jane Meyer and lives in Houston, Texas with their daughter and three wonderful grandchildren. The Meyers are also very involved in Quarter Horses, antiques and early United States postage stamps. Ferdinand is the past 6-year President of the Federation of Historical Bottle Collectors and is one of the founding members of the FOHBC Virtual Museum.
View all posts by Ferdinand Meyer V →
This entry was posted in Bitters, Collectors & Collections, History, Liquor Merchant, Medicines & Cures and tagged Aya, ayapana, bitters, Chauvet, Courtney, Distiller, Dunbar, Frioux, Gentile, Herb, Jonde, New Orleans, Pana. Bookmark the permalink.