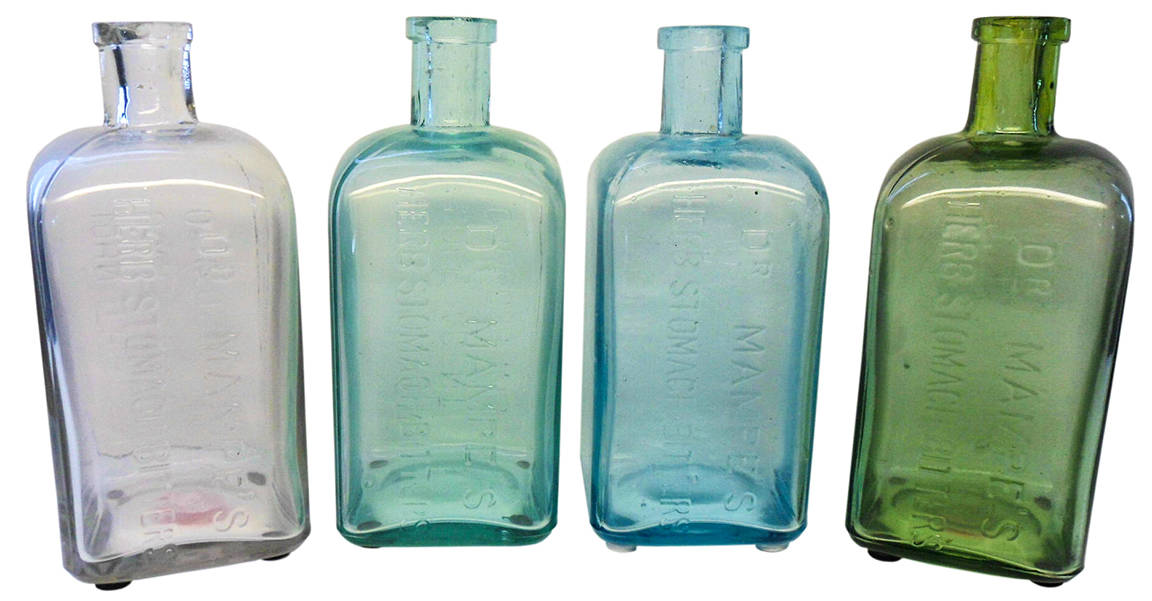 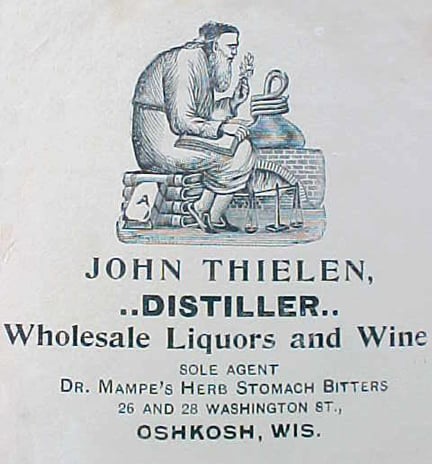 After the pretty lady’s legs we’ve been looking at, I wanted to take a moment and look at a squat little fellow from Oshkosh, Wisconsin that is more like a bull dog in stature. The Dr. Mampe’s Herb Stomach Bitters, put out by John Thielen, definitely has that German look that you see with the Carl and Ferdinand Mampe bitters and liquor bottles with the prominant embossed elephant.

Not a big stretch to think that they are related.

Another reason we are looking at Wisconsin, is the extremely rare bitters bottle that sold last night on ebay. That story will wait for another day. 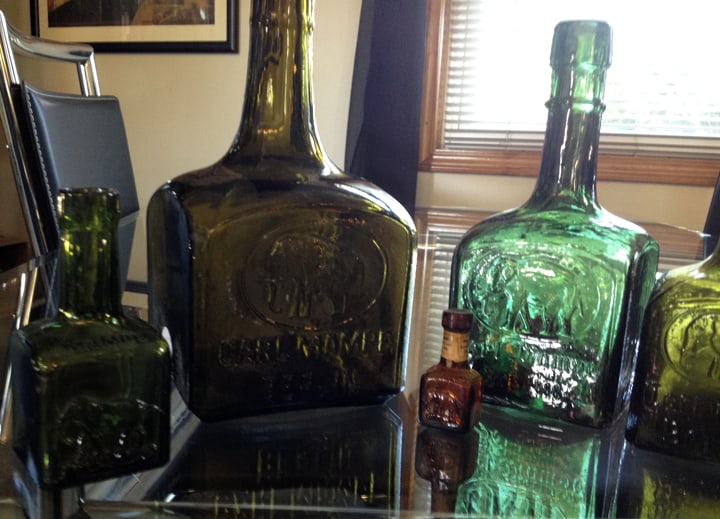 My example of the Dr. Mampe’s Herb Stomach Bitters has been sitting alone for almost a decade on a shelf in my aqua room since it joined my collection, as I won it in the FOHBC live auction at the 2004 Memphis Expo. Let’s put a little light on this portly guy. The Carlyn Ring and W. C. Ham listing in Bitters Bottles is as follows: 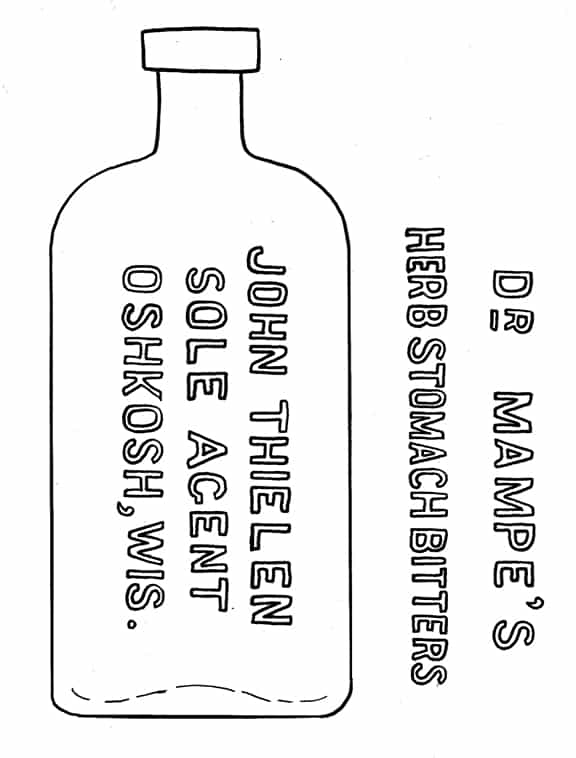 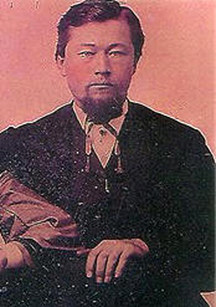 Our subject, John P. Thielen, married Johanna “Anna” Sonnenberg of Oshkosh, and they were married for 65 years until 1921 when the family relocated to Los Angeles, California. John P. Thielen died in 1934 at 84 years old in Los Angeles of heart trouble. 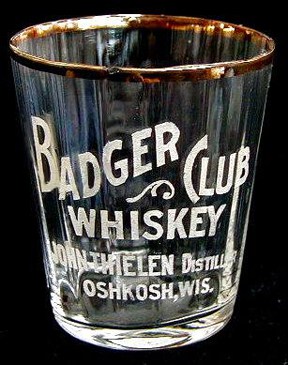 During his years in Oshkosh, John Thielen may have run the largest and best stocked wine and liquor house in town. John first got his start with Weidener and Thielen and eventual went out using his own name selling imported and domestic wines, liquors, gins, brandies, cordials, ales, porters and whiskies. His specialities included “Silver Spring” pure rye whisky, Badger Club and of course, his Dr. Mampe’s Herb Stomach Bitters. Business was strong in northern Wisconsin and Michigan. He was also president of the Silver Spring Distillery Company. This company was organized in 1892. The Dr. Mampe’s bitters was certainly a late 19th century brand that looks good in any bitters collection despite its ungainly proportions.

1870: Marriage to Johanna “Anna” Sonnenberg of Oshkosh. John Thielen listed as laborer in 1870 US Federal Census.

1885: Musician: Member of the OLD ARION BAND – Clarinet player. In his daughter’s obituary stated her father as a master musician; he was also a member of the Butterick Orchestra; his brother Frank was a singer. 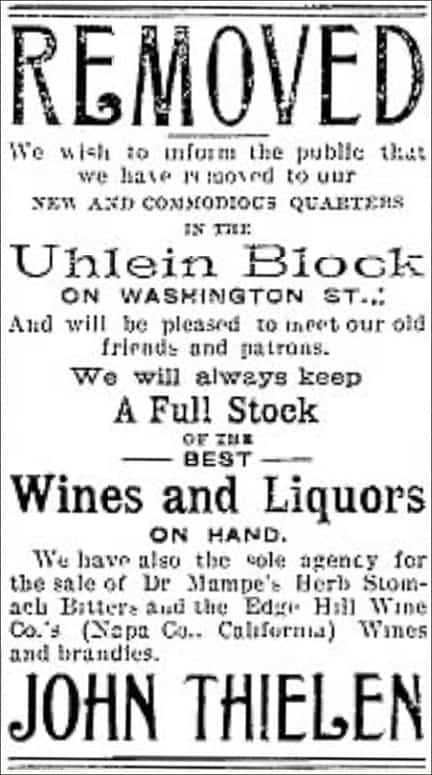 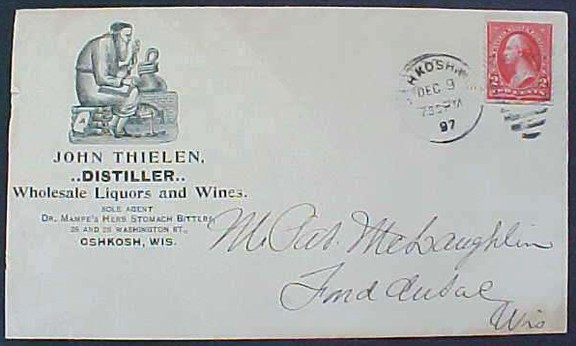 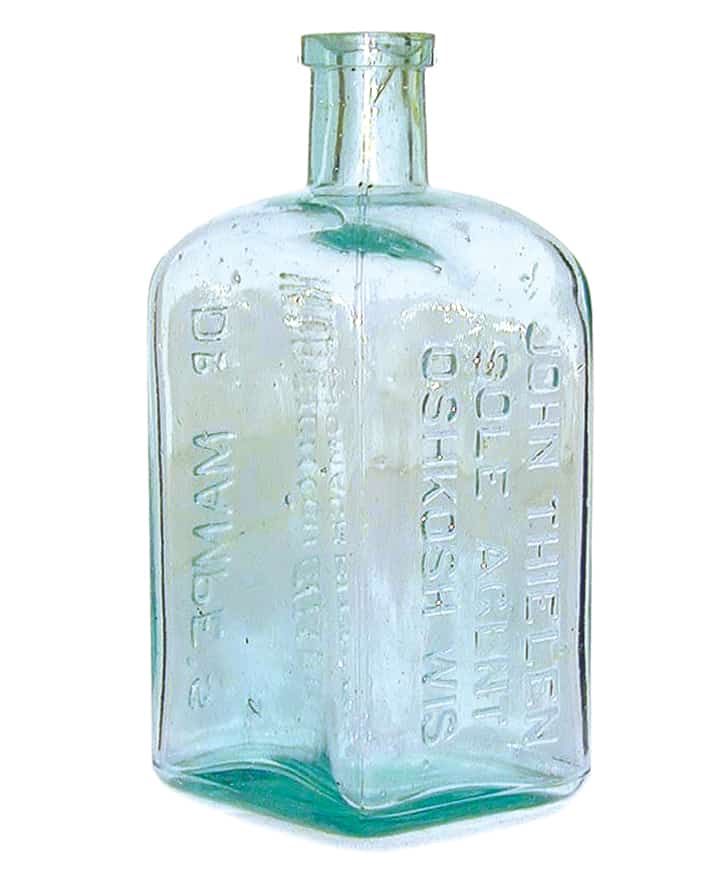 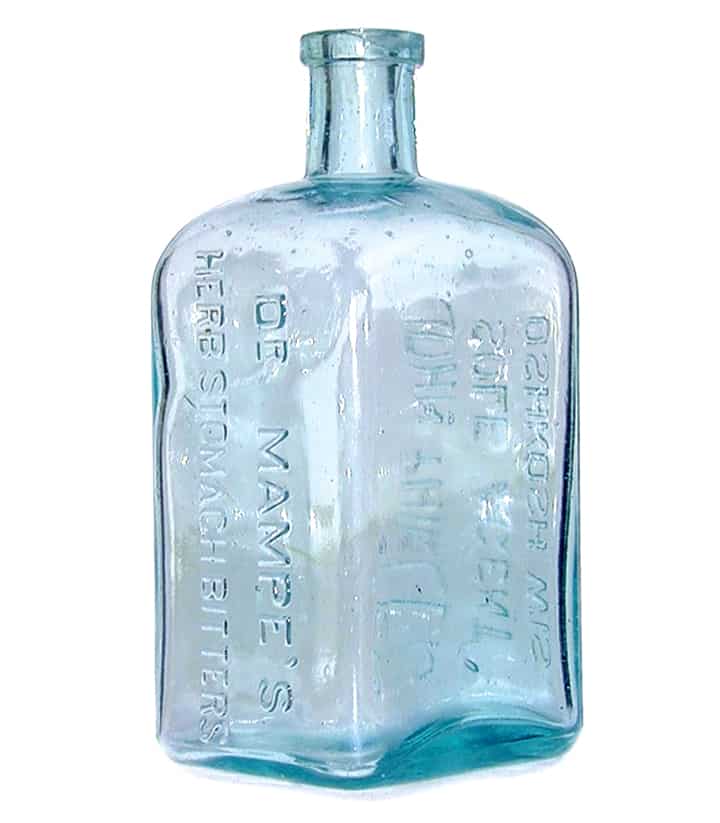 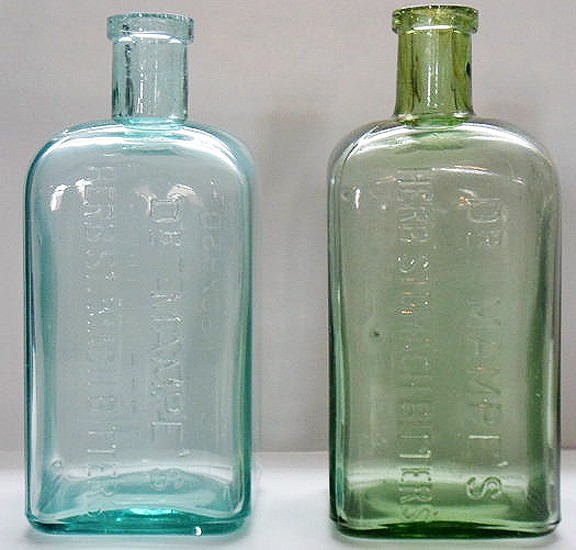 Two Dr. Mampe’s Herb Stomach Bitters. One in blue aqua and the other in an odd apple green – Wicker Collection 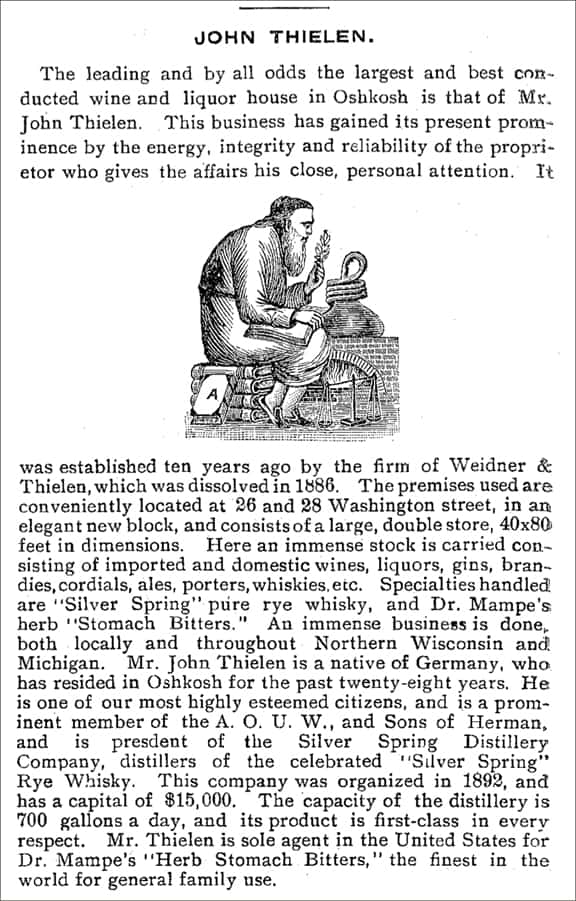 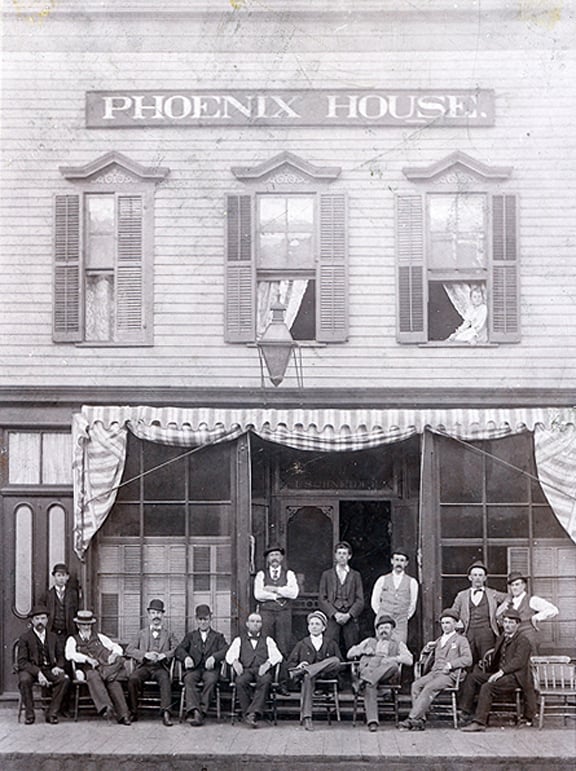 A large group of boarders are gathered in front of the Phoenix House, 234 Main Street, Oshkosh, Wisconsin. Joseph Schneider, the owner, is standing to the left of the door; his sons, William and Joseph, Jr. are standing beside him. Daughter Irene Schneider is sitting in an upstairs window. Other men identified on the back of the photo are: Frank Schmidt; Jo Jo; Leo Meitinger; J. Hesig; John Thielen; Angus Monroe; John Marx; Joseph Marx; Mark Marx; Lary; and J.D. Rose. A few of these men are listed in either the 1889 or 1891 Oshkosh City Directory as residents.

Ferdinand Meyer V is a native of Baltimore, Maryland and has a BFA in Fine Art and Graphic Design from the Kansas City Art Institute and School of Design. Ferdinand is the founding Principal of FMG Design, a nationally recognized design consultation firm. Ferdinand is a passionate collector of American historical glass specializing in bitters bottles, color runs and related classic figural bottles. He is married to Elizabeth Jane Meyer and lives in Houston, Texas with their daughter and three wonderful grandchildren. The Meyers are also very involved in Quarter Horses, antiques and early United States postage stamps. Ferdinand is the past 6-year President of the Federation of Historical Bottle Collectors and is one of the founding members of the FOHBC Virtual Museum.
View all posts by Ferdinand Meyer V →
This entry was posted in Advertising, Bitters, Collectors & Collections, Ephemera, Liquor Merchant, Medicines & Cures, Postage, Whiskey and tagged bitters, distilling, Frank Wicker, German, grocer, Herb, John Thielen, liquor, Mampe, Oshkosh, Silver Spring, Stomach, Weidener, Wisconsin. Bookmark the permalink.