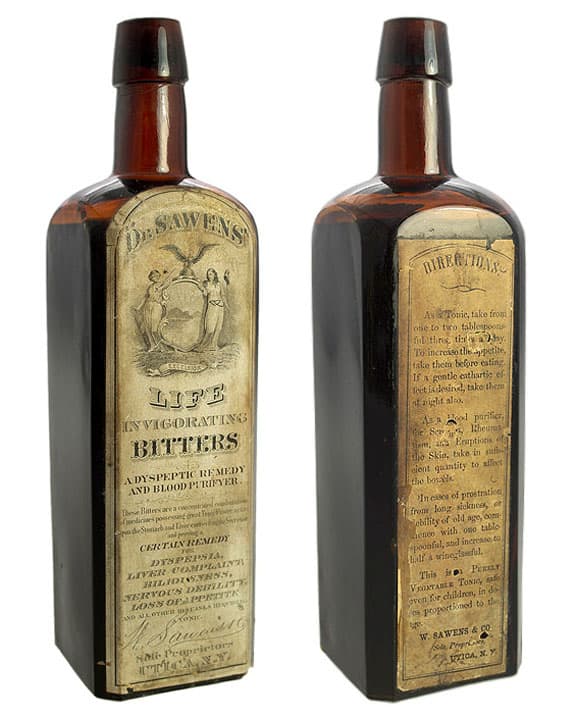 Jim Hagenbuch, over at Glass Works Auctions, has a wonderful, fully labeled (no embossing), Dr. Sawens Life Invigoration Bitters from Utica, New York with original contents in his present auction. There is even a formula label on the base.

Dr. Willis Sawens was born on August 17, 1824 in northern New York and for a number of years kept a drug store and practiced his profession in Watertown, New York. In 1864 he moved to Utica with his brother, Gilbert S. Sawens, of Antwerp, and Edward Anderson, and purchased tbe drug business of Dr. J. B. Marshall, of Utica, which he conducted until ten years ago. He was a well-known and respected resident of Utica. He died at 70 years old on 16 August 1894 at the residence of his nephew in Detroit. [The Daily Times, Watertown NY, Sat. 18 Aug 1894] 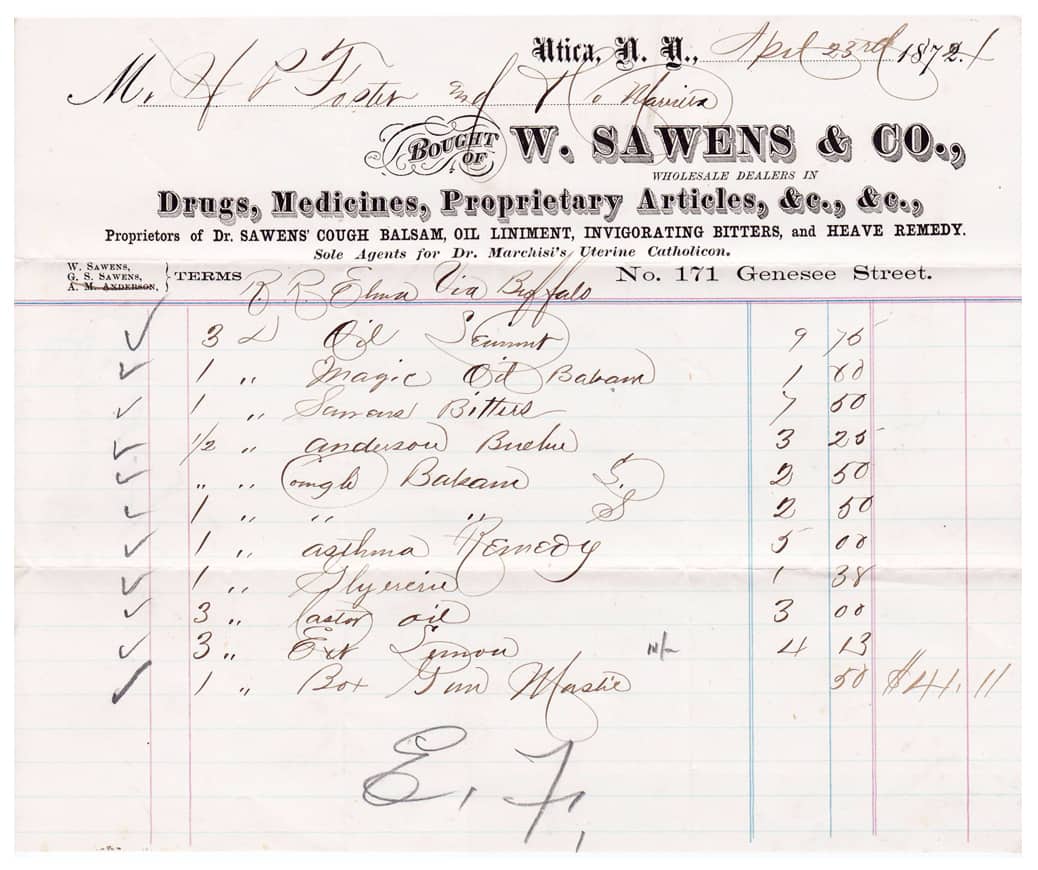 The Glass Works Auctions description in their “Festival of Color”, Catalog Auction #102 is as follows: 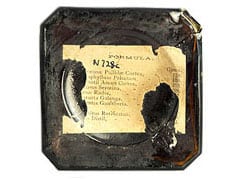 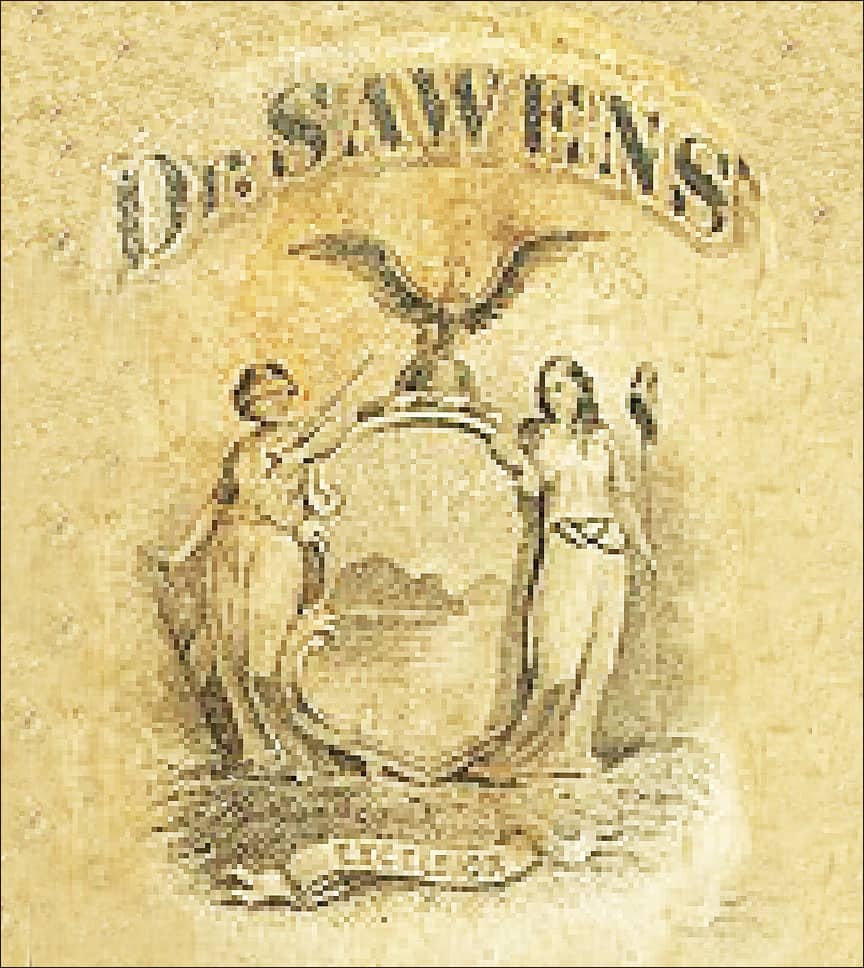 This labeled example prompted me to develop this post along with posting an equally great article titled W. Sawens & Company, Manufacturing Chemists and Druggists, Watertown and Utica, New York by Jon J. Landers that was included in a past issue of a Bottles Along the Mohawk newsletter by the Mohawk Valley Bottle Club. 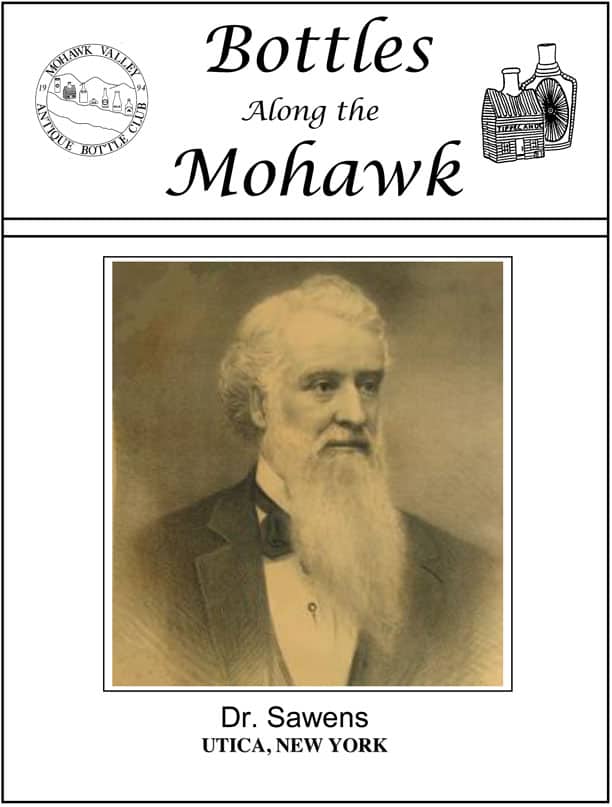 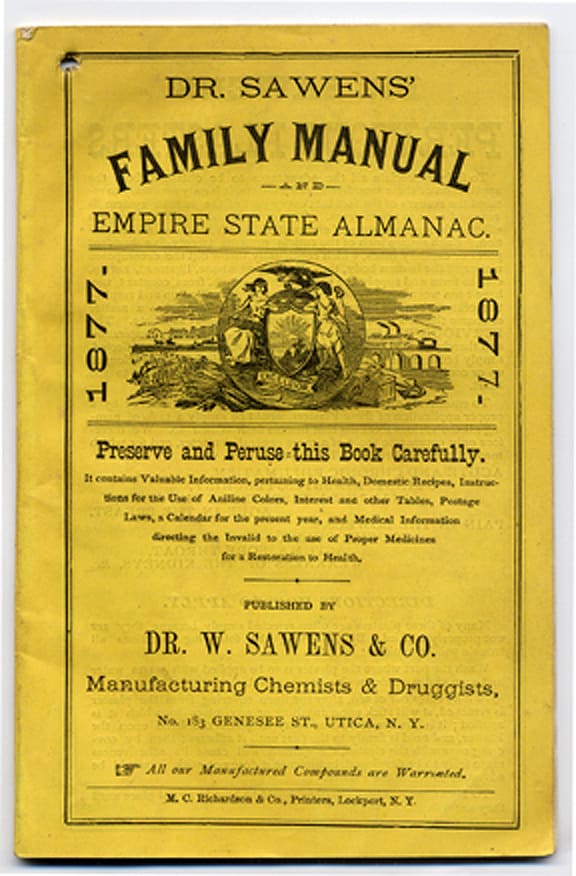 Label: A dyspeptic remedy and blood purifier. These bitters are a concentrated combination of medicines possessing great tonic power acting upon the stomach and liver correcting the secretion and proving a certain remedy for dyspepsia., liver complaint, biliousness, nervous debility, loss of appetite and all other diseases requiring a tonic. 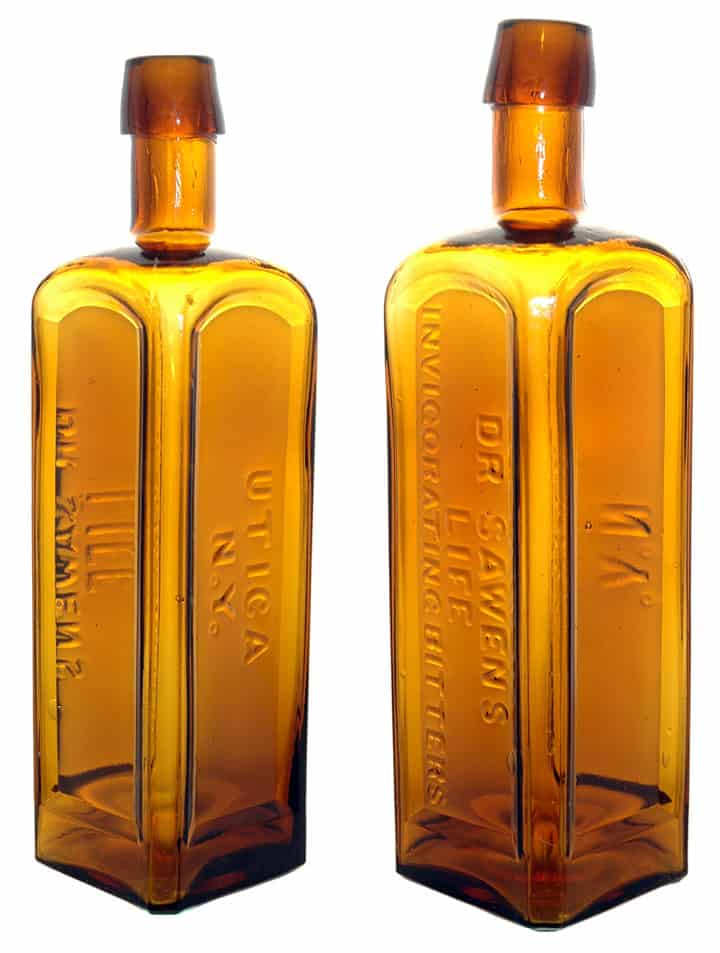 Ferdinand Meyer V is a native of Baltimore, Maryland and has a BFA in Fine Art and Graphic Design from the Kansas City Art Institute and School of Design. Ferdinand is the founding Principal of FMG Design, a nationally recognized design consultation firm. Ferdinand is a passionate collector of American historical glass specializing in bitters bottles, color runs and related classic figural bottles. He is married to Elizabeth Jane Meyer and lives in Houston, Texas with their daughter and three wonderful grandchildren. The Meyers are also very involved in Quarter Horses, antiques and early United States postage stamps. Ferdinand is the past 6-year President of the Federation of Historical Bottle Collectors and is one of the founding members of the FOHBC Virtual Museum.
View all posts by Ferdinand Meyer V →
This entry was posted in Advertising, Bitters, Druggist & Drugstore, Medicines & Cures and tagged bitters, chemist, Dr. Sawen, Druggist & Drugstore, Gourd, invigorating, Jim Hagenbuch, Jon J. Landers, label, life, Meyer, New York, square, Utica. Bookmark the permalink.