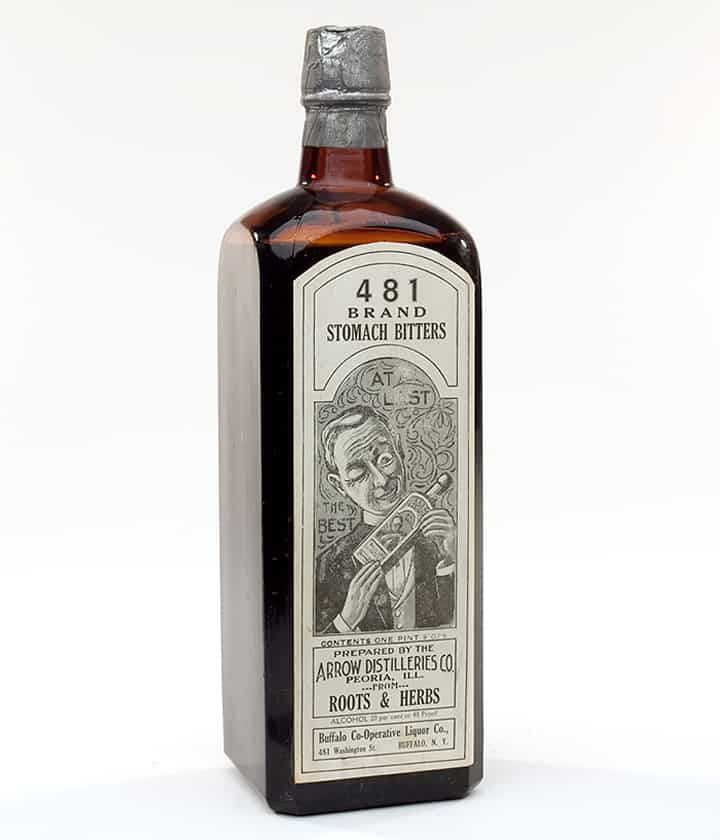 That is exactly what the gentleman is doing with one keen eye, looking at his 481 Brand Stomach Bitters, “At Last”….”The Best”. Hidden away in John Pastor’s current American Glass Gallery Auction #12 is this labeled beauty. What a cool, yet late, bitters bottle with a killer label and neck foil stamp. I also believe it to be unlisted in both Bitters Bottles books. John’s nice pictures are included (top and below) and his write-up is as follows: 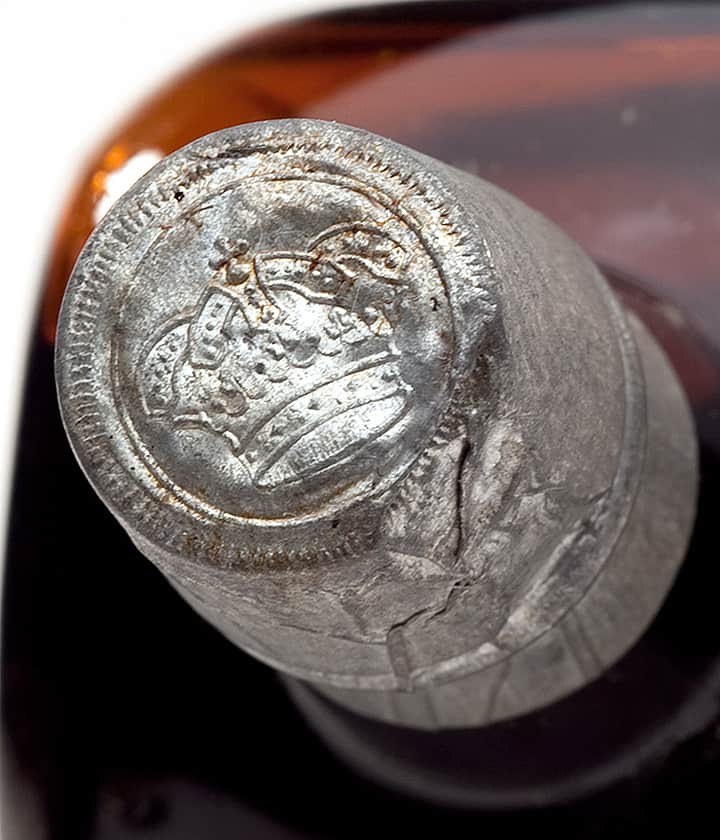 The Buffalo Co-Operative Liquor Co., located at 481 Washington Street in Buffalo, New York operated from about 1911 to 1918 according to Jack Sullivan. This is confirmed by looking at Buffalo directories and at the Annual Report of the State Commissioner of Excise of the State of New York in 1918. House specialities included Palate Whiskey and Jolley Club Whiskey. President at the time was Anthony Fischer. Their street address obviously gave the name to their 481 Brand Stomach Bitters. The brand, according to the label was prepared by The Arrow Distilleries Company in Peoria, Illinois who were in business from 1912 to 1919. 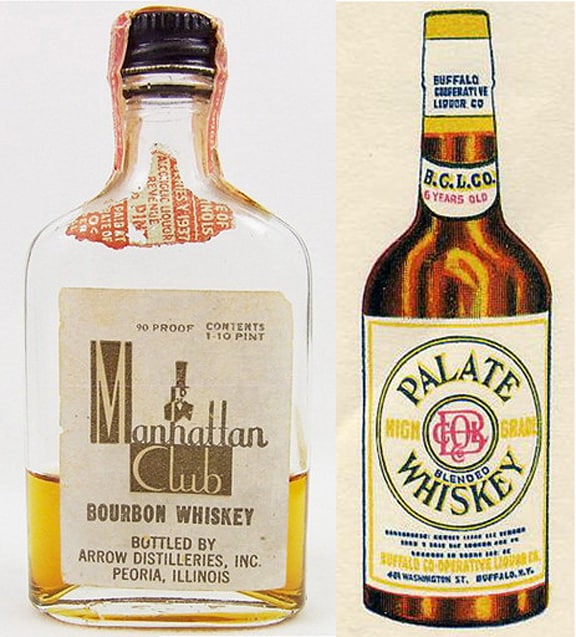 Anthony Fischer was born in Alsace – Lorraine and came to Buffalo in 1880 at the age of 17. He worked first in a tavern in lower Main Street, and a few years later bought the business and operated it 22 years. He then acquired the tavern next to the Iroquois and named it the White Bear. He fortunately sold it a year before prohibition. During the dry years, Mr. Fischer was a partner of Martin Delaney in the Buffalo Co-operative Liquor Company which sold spirits for medicinal use. Mr. Fischer died at 89 years old in 1950, 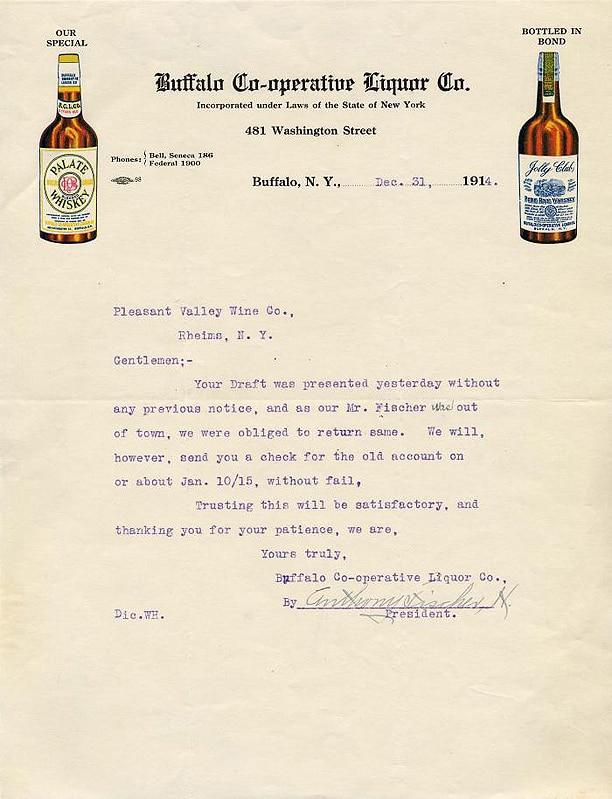 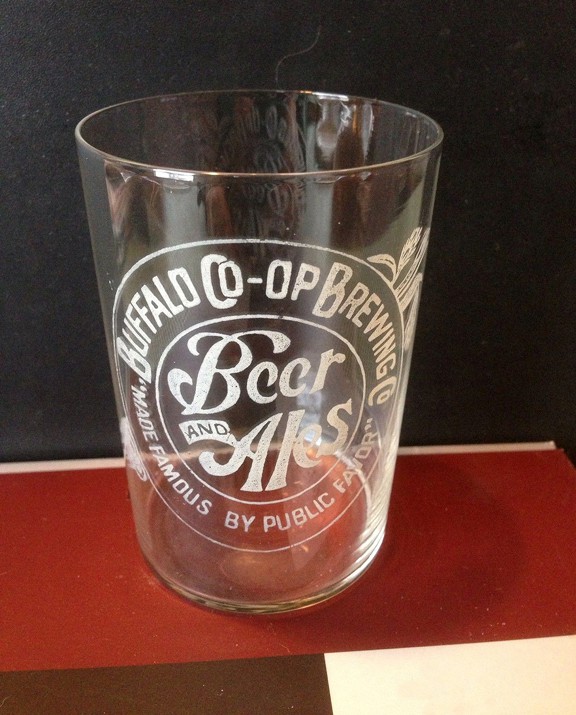 Ferdinand Meyer V is a native of Baltimore, Maryland and has a BFA in Fine Art and Graphic Design from the Kansas City Art Institute and School of Design. Ferdinand is the founding Principal of FMG Design, a nationally recognized design consultation firm. Ferdinand is a passionate collector of American historical glass specializing in bitters bottles, color runs and related classic figural bottles. He is married to Elizabeth Jane Meyer and lives in Houston, Texas with their daughter and three wonderful grandchildren. The Meyers are also very involved in Quarter Horses, antiques and early United States postage stamps. Ferdinand is the past 6-year President of the Federation of Historical Bottle Collectors and is one of the founding members of the FOHBC Virtual Museum.
View all posts by Ferdinand Meyer V →
This entry was posted in Auction News, Bitters, Shot Glasses, Spirits, Whiskey and tagged 481, Anthony Fischer, arrow, Beer, bitters, Brewery, Buffalo, Distillery, illinois, John Pastor, liquor, Martin Delaney, New York, Peoria, Stomach, Whiskey. Bookmark the permalink.