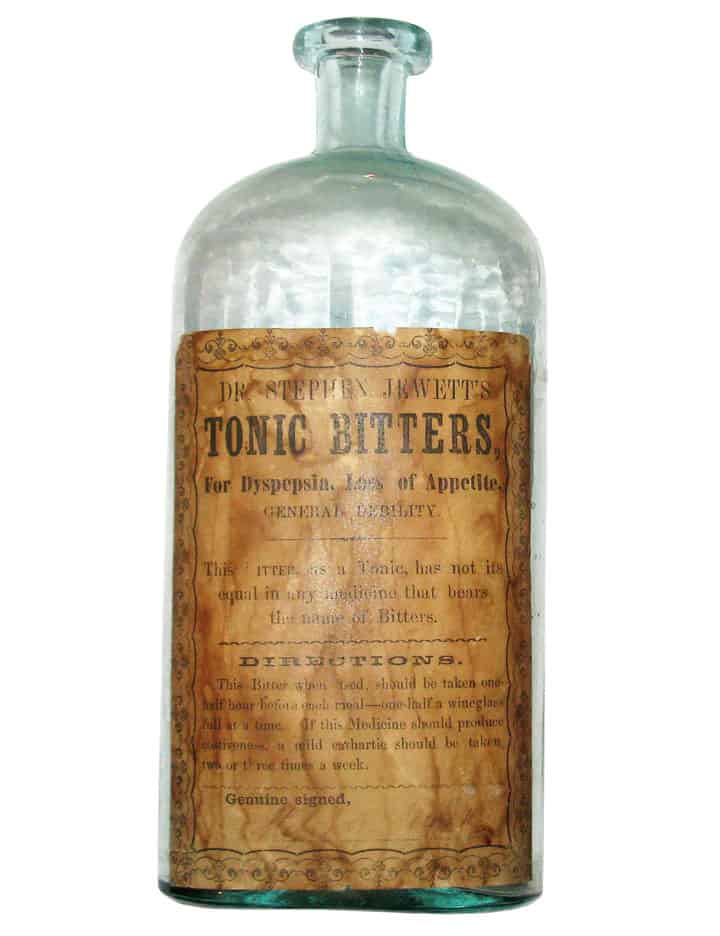 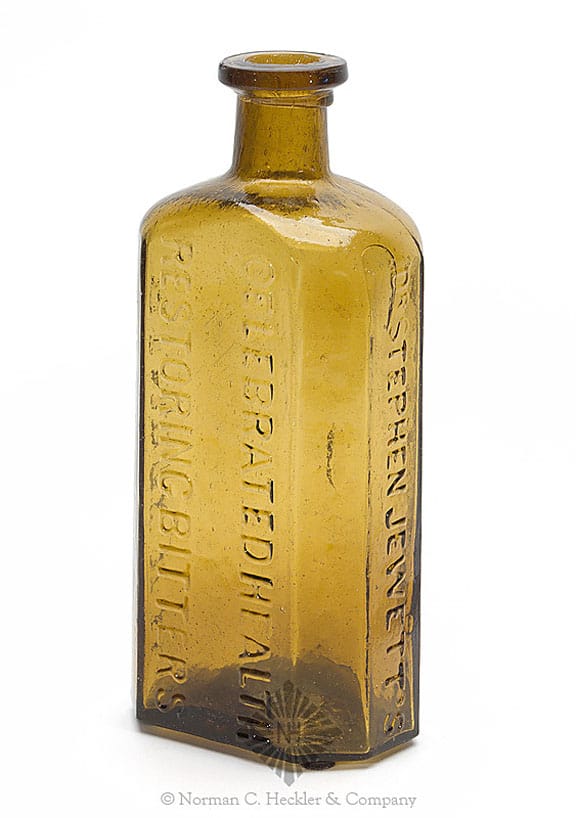 Stephen Jewett was born in Rindge, New Hampshire on October 21, 1764 and was the son of Ezekiel and Hannah (Platts) Jewett and brother of Dr. Thomas Jewett. The Jewett’s were among the first settlers of Rindge. Stephen married Nancy Colburn on May 30, 1786 who was the daughter of Ebenezer and Mercy (Everett) Colburn. Stephen and Nancy occupied the farm previously owned by his father, known today as the Ware Farm. Stephen and Nancy had twelve children. 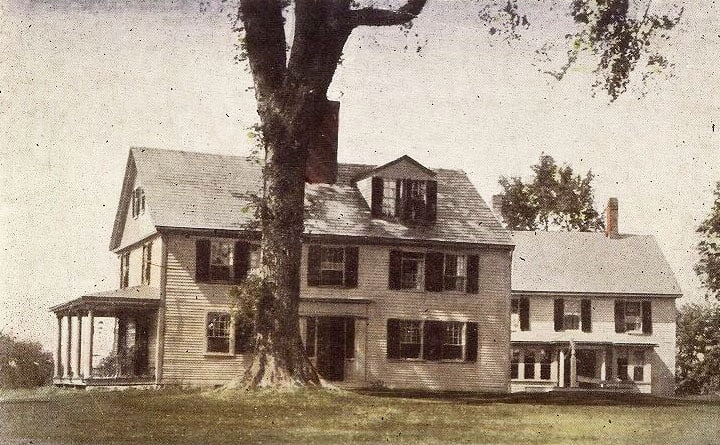 The Jewett family was an enterprising group with interests in several mills and factories in that town. The family was best known, however, for its involvement in the medical field. Although Stephen Jewett did not pursue a regular course of professional study, through his good natural abilities, and ordinary degree of common sense, which schools cannot bestow, he built a lucrative medical practice in the Rindge area. Dr. Jewett became well known in his field and was frequently called to Boston and other cities for professional consultation for the cure of both chronic and acute diseases. 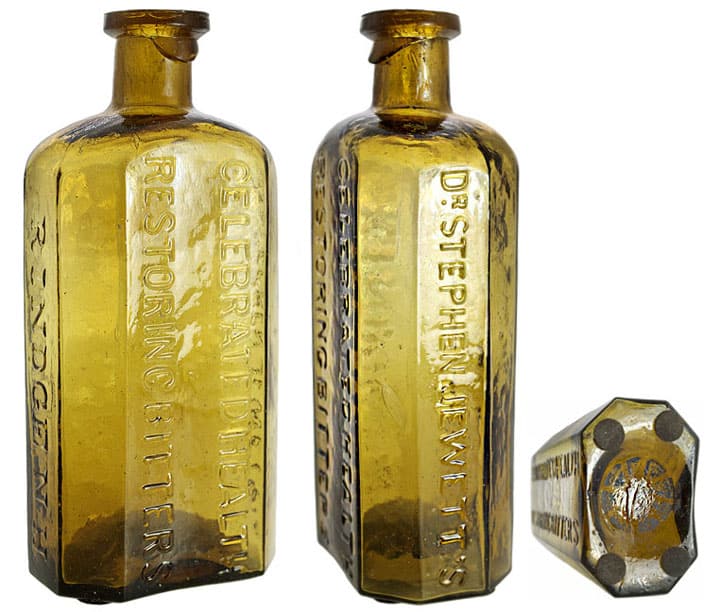 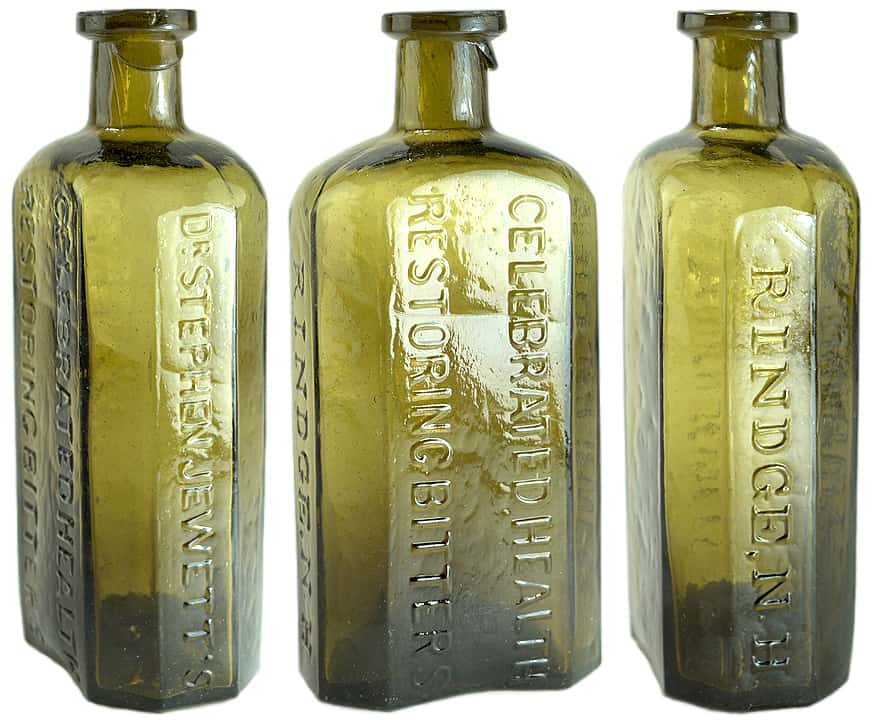 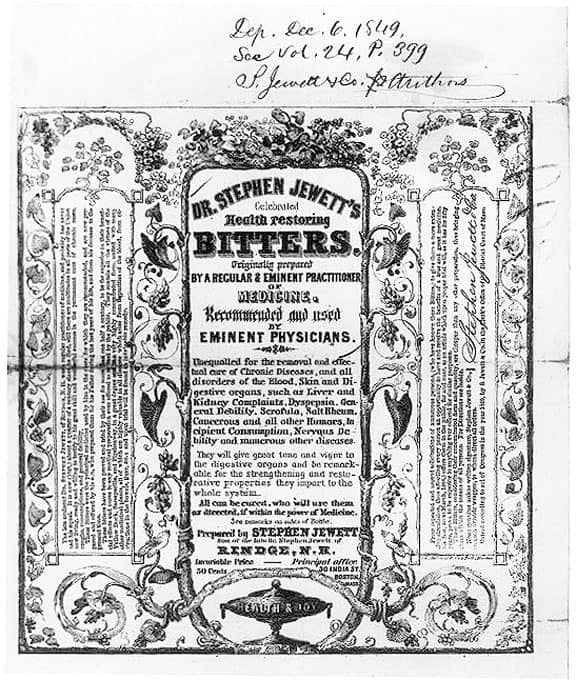 Stephen, Jr. located the main office of the Jewett Company in Boston. He purchased bottles from the glass factories at Keene and Stoddard to package the Health Restoring Bitters. The labels on the bottles stated that the bitters would cure chronic diseases, cancer, all disorders of the blood, skin and digestive organs, liver and kidney complaints, and many other disabilities. In fact, the label indicated that “all can be cured if within the power of medicine.” These small bottles of bitters sold for 50¢ each and were a huge success. Stephen Jewett Jr. passed away in 1862 and his medicine company closed within ten years. 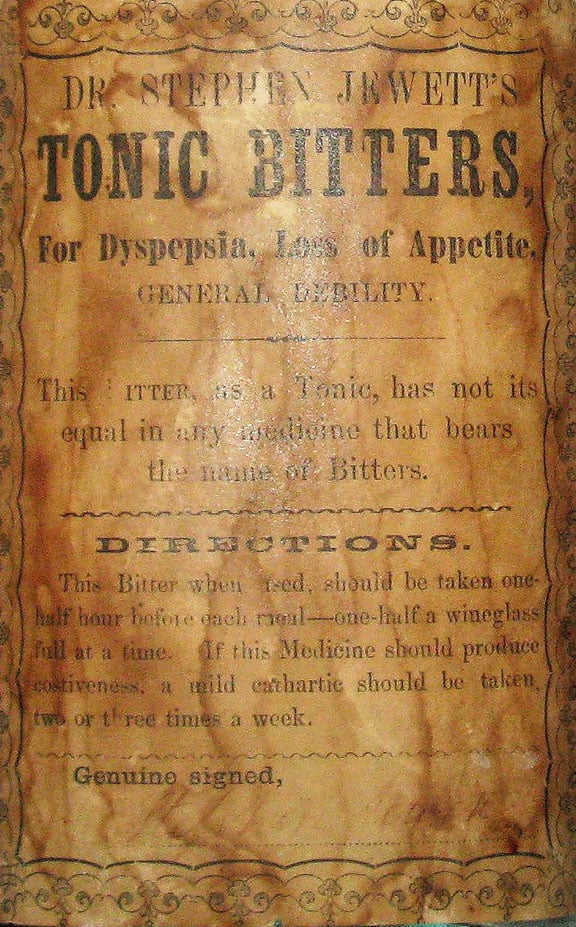 Ferdinand Meyer V is a native of Baltimore, Maryland and has a BFA in Fine Art and Graphic Design from the Kansas City Art Institute and School of Design. Ferdinand is the founding Principal of FMG Design, a nationally recognized design consultation firm. Ferdinand is a passionate collector of American historical glass specializing in bitters bottles, color runs and related classic figural bottles. He is married to Elizabeth Jane Meyer and lives in Houston, Texas with their daughter and three wonderful grandchildren. The Meyers are also very involved in Quarter Horses, antiques and early United States postage stamps. Ferdinand is the past 6-year President of the Federation of Historical Bottle Collectors and is one of the founding members of the FOHBC Virtual Museum.
View all posts by Ferdinand Meyer V →
This entry was posted in Bitters, Collectors & Collections, Glass Companies & Works, History, Medicines & Cures, Tonics and tagged bitters, Boston, Brandon DeWolfe, Ezekiel, health, Heckler, Jewett, Keene, label, Medicine, New Hampshire, Patent, Restoring, Rindge, Stephen, Stoddard, Tonic. Bookmark the permalink.