Where is the Columbia Cascara Bitters from?

Where is the Columbia Cascara Bitters from?

Gary Beatty (North Port, Florida) has sent me more pictures (see top of post) for yet another odd bitters that I was not aware of, this being the Columbia Cascara Bitters. Gary mentioned in his e-mail that Bill Ham had rated it as extremely rare and would be giving it a catalog number. Gary won the Cascara Bitters on ebay and said the bottle is square, with four flat sides and chamfered corners, measuring 9 1/2 by 2 3/4 by 2/3/4.

Now this is a tough bottle to research. I may need yo’alls help! First of all, what is Cascara? 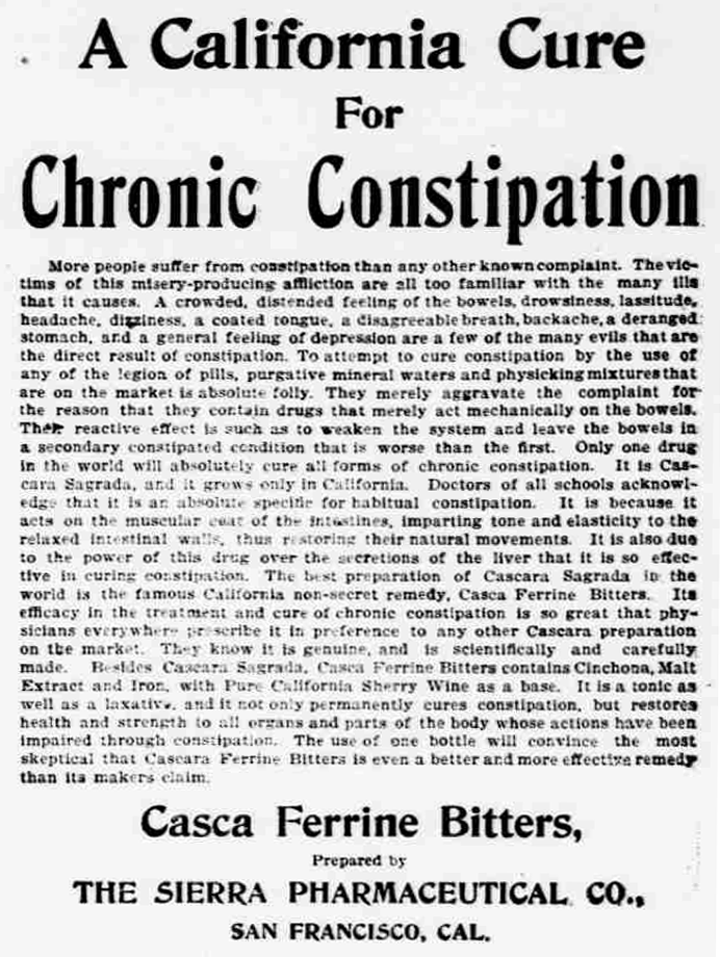 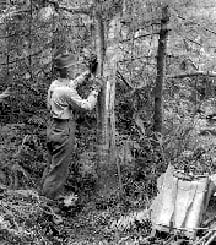 Commercially it is called “Cascara Sagrada” (‘sacred bark’ in Spanish), while traditionally it is known as “chittem bark” or “chitticum bark”. The dried, aged bark of R. purshiana has been used continually for many years by both Pacific northwest native peoples and immigrant Euro-Americans as a laxative natural medicine, as one of several anthraquinone-containing herbal medicines including the leaf and fruits of senna, the latex of Aloe vera, and the root of the rhubarb plant. “Extract of cascara sagrada” from cascara bark has been recognized as a tonic laxative and prescribed by doctors since about 1877.

Cascara was found in more drug preparations than any other natural product in North America, and is believed to be the most widely used cathartic in the world.

Cascara is native from northern California to British Columbia and east to the Rocky Mountains in Montana. It is often found along streamsides in the mixed deciduous-coniferous forests of valleys, and in moist montane forests.

By 1877 the U.S. pharmaceutical company Parke-Davis was producing cascara preparations, and soon afterwards cascara products were being exported overseas to European markets. The explosion of the cascara industry caused great damage to native cascara populations during the 1900s, as a result of overharvesting.

In 1999, cascara made up more than 20% of the national laxative market in the U.S., with an estimated value of $400 million. The bark itself was worth approximately $100 million. Cascara was found in more drug preparations than any other natural product in North America, and is believed to be the most widely used cathartic in the world. [Wikipedia]

Here is a listing for Cascara, Burdock and Celery Tonic Bitters that will be added to Bitters Bottles Supplement 2.

Gary also sent me an ebay link that Steven Libbey forwarded him for Dr. Dunlop’s Cascara Compound (see below). 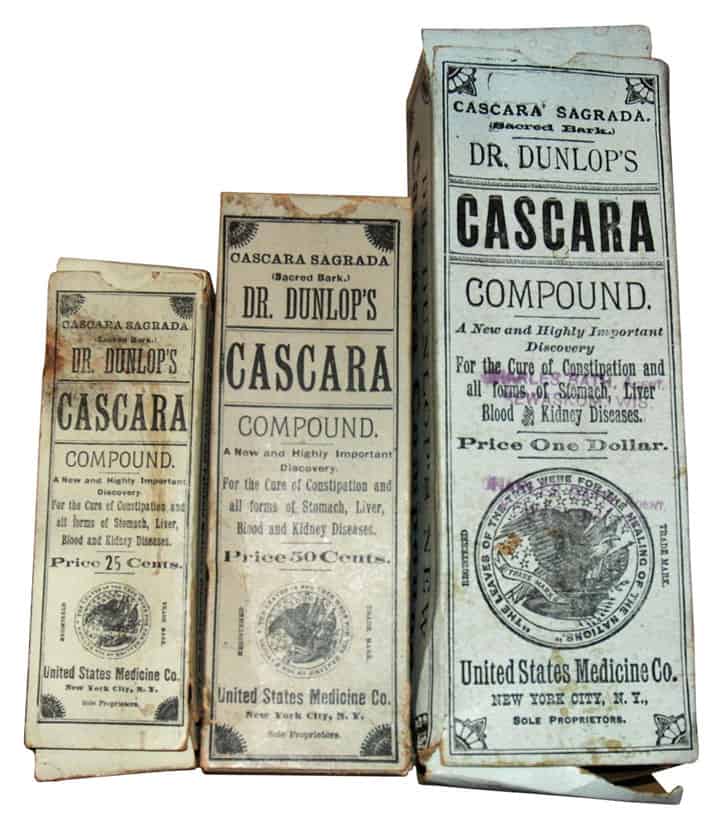 Quite honestly, I have not researched each and every of the Cascara bottle listings above to determine a link to Gary’s bottle. My hunch is that it is a new listing altogether. Can any of you shed any light on Gary’s find? 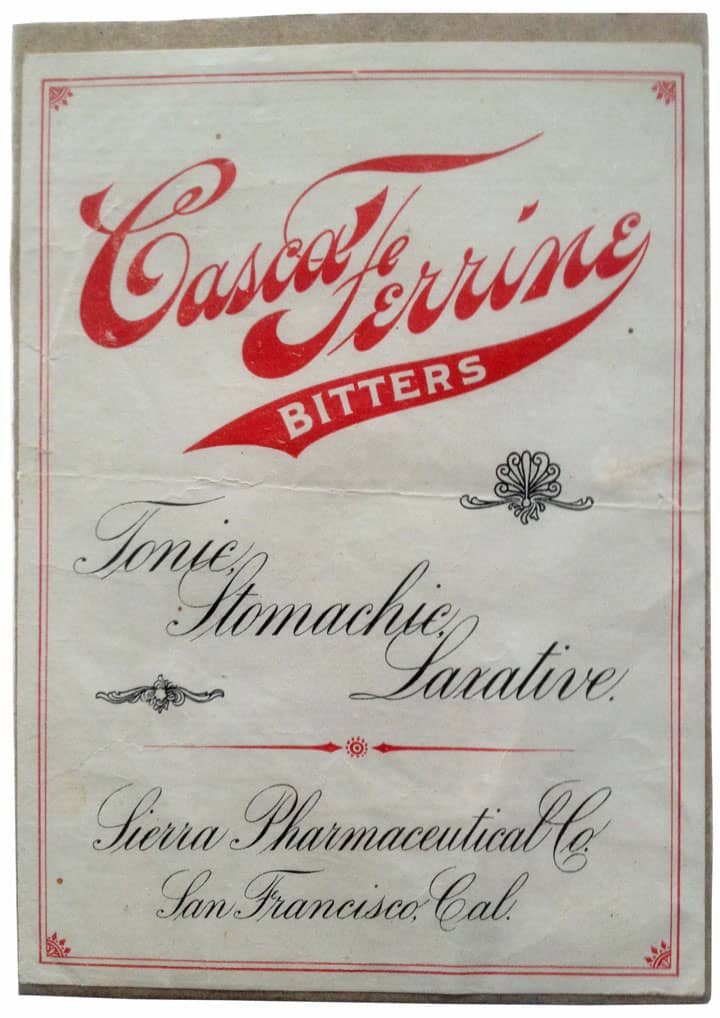 Swiss Stomach Bitters from Zwinger to Koch to Zoeller