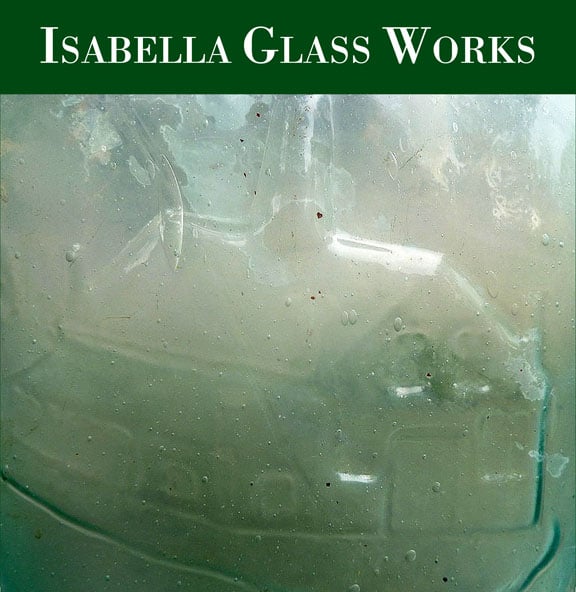 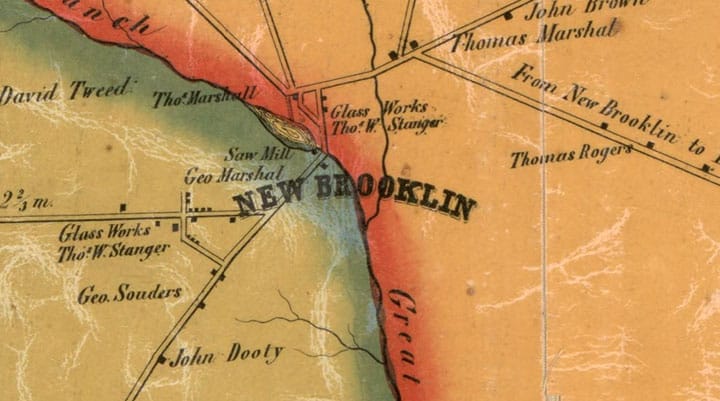 Company store money redeemable only at the store was issued to the workers of the glass factory and residents living in the village. Shown below are two quite rare Shin-Plasters from the mid 1850s.

Below are three historical flasks from my collection bearing the name Isabella that were made at the works between 1842 and 1865. 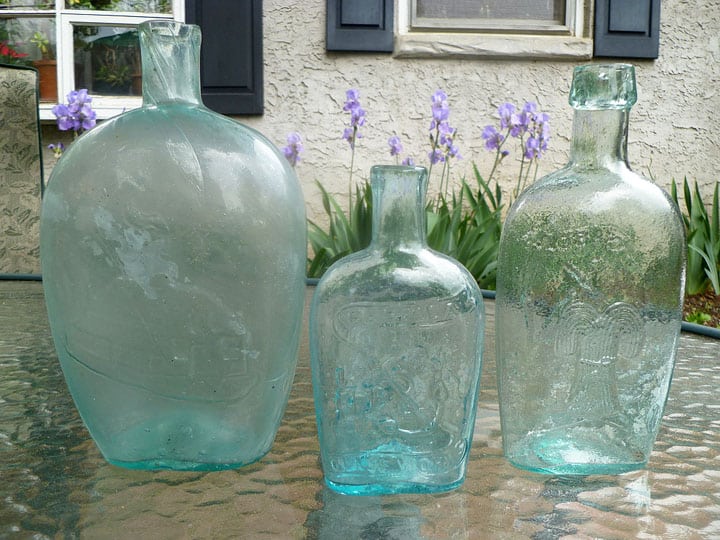 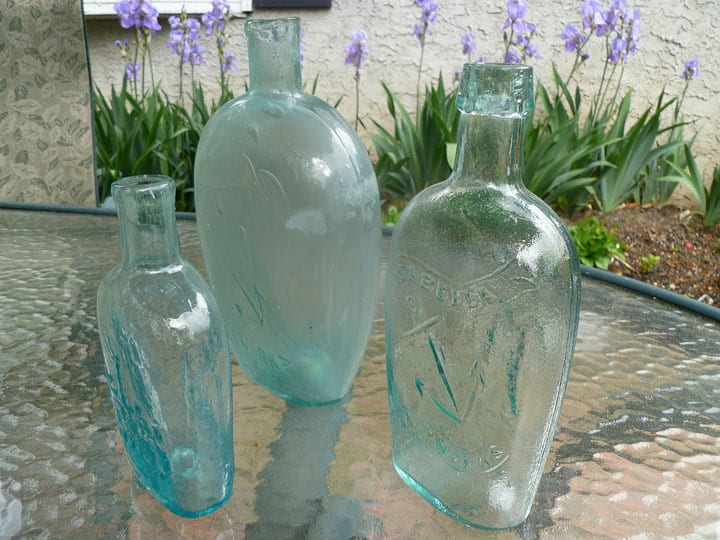 The oldest of the three flasks is the half pint pocket flask (below) charted by McKearin as the GXIII-57 and is listed as rare by them. This flask was blown between 1852 and 1855. On one side of the flask is a picture of a glass factory and on the reverse side is the lettered embossing ISABELLA GLASS WORKS in two banners and an anchor. 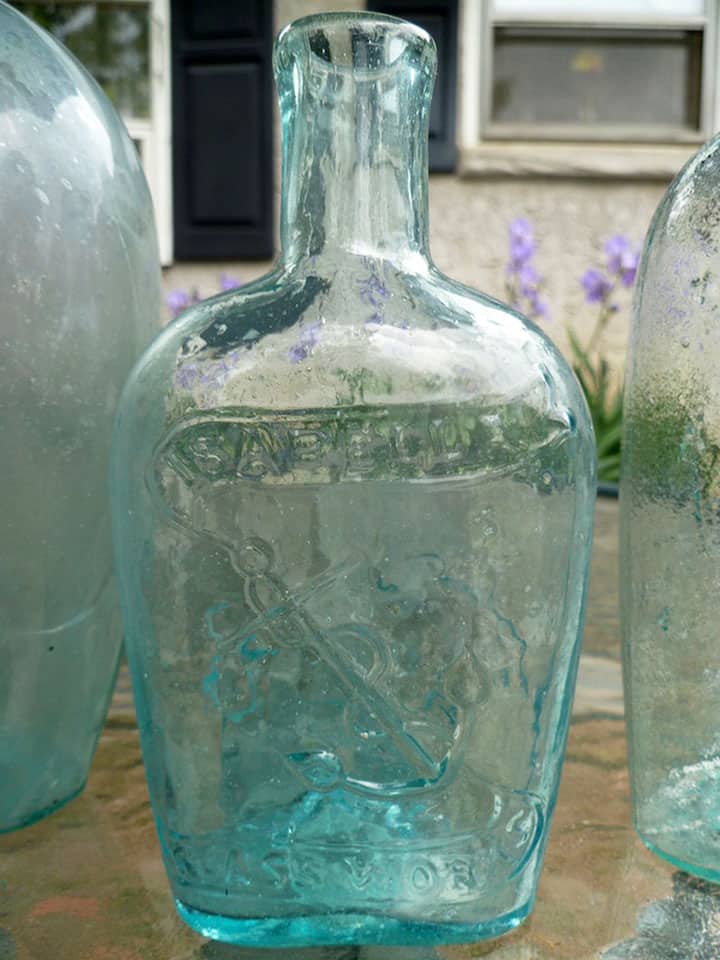 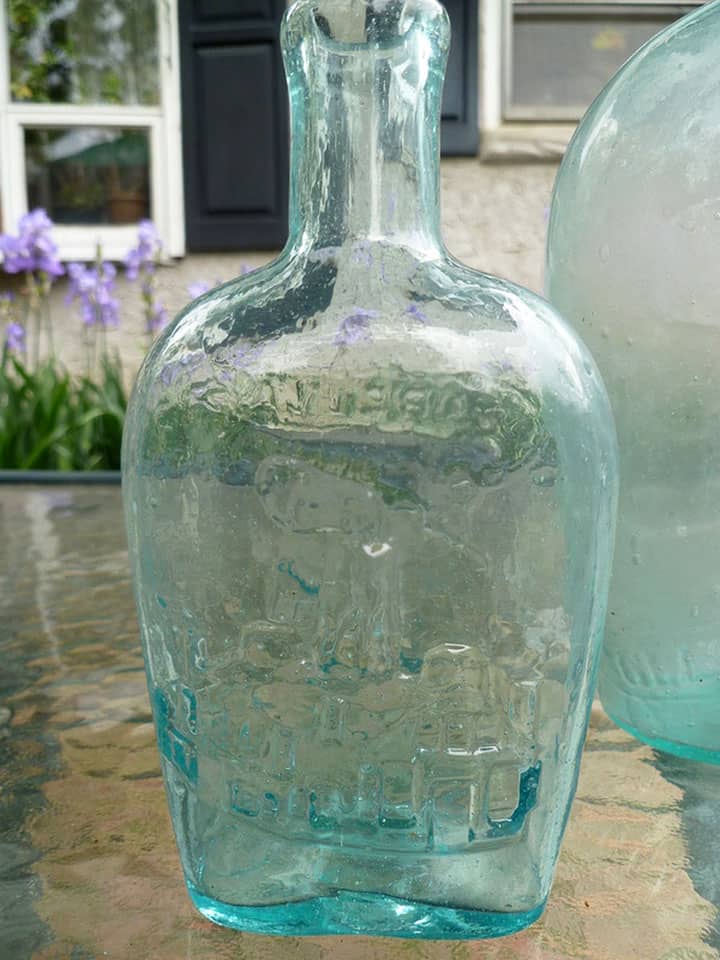 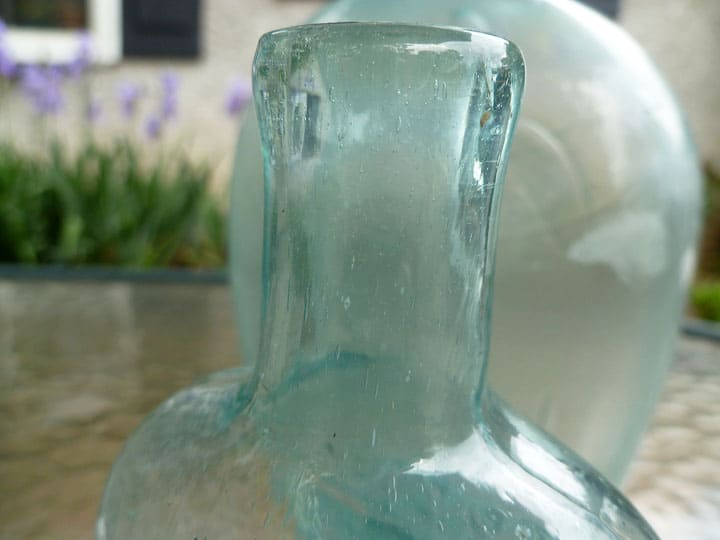 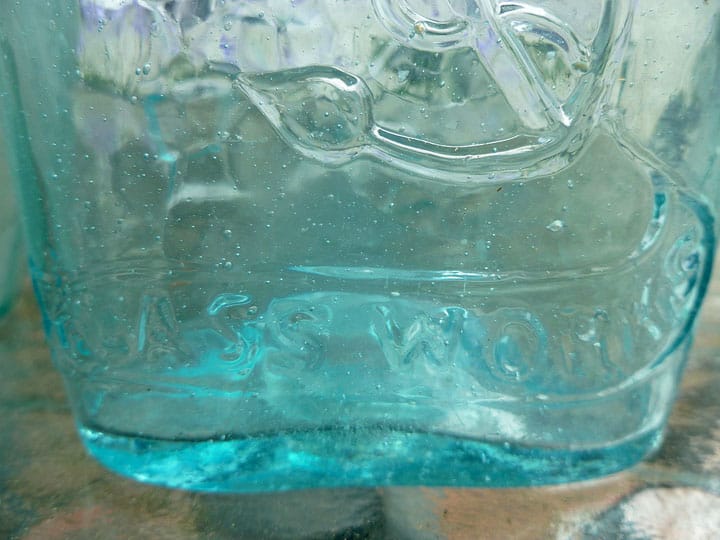 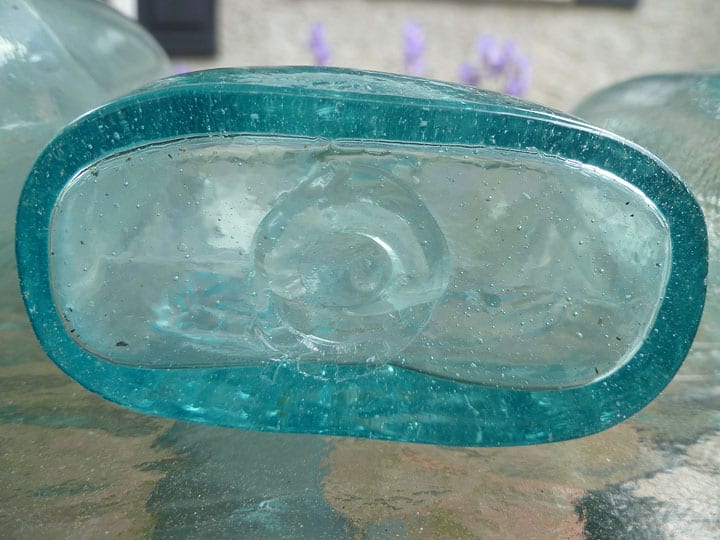 The next flask (below) made at the works was the GXIII-56. This flask was the pint sized variant and had a picture of a sheaf of wheat on one side and on the other the lettered embossing in two banners ISABELLA GLASS WORKS. This flask is also listed as rare by McKearin. 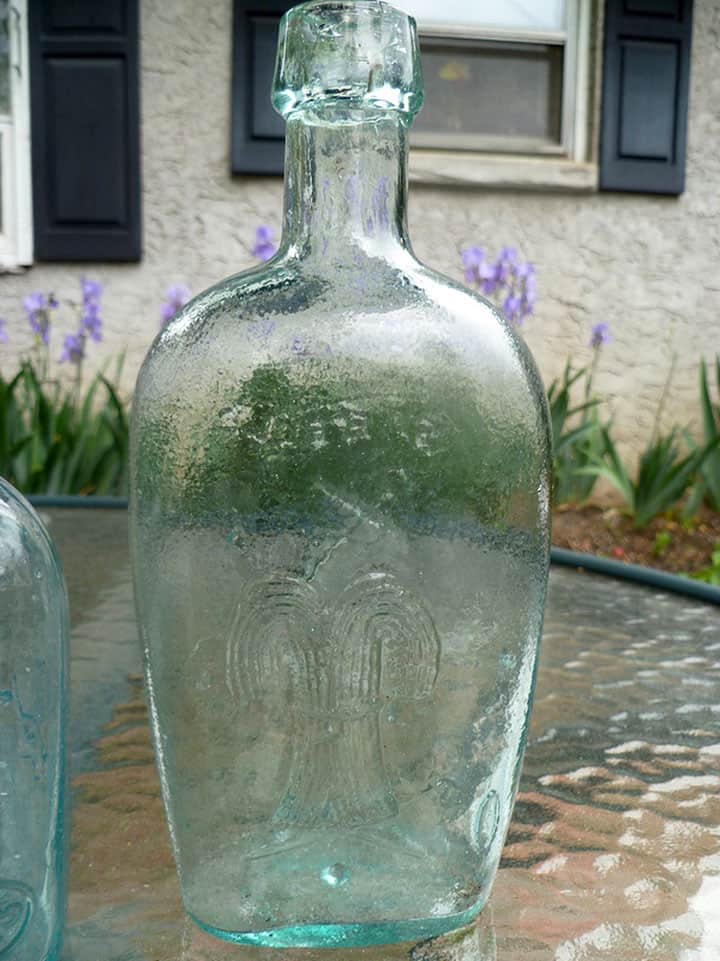 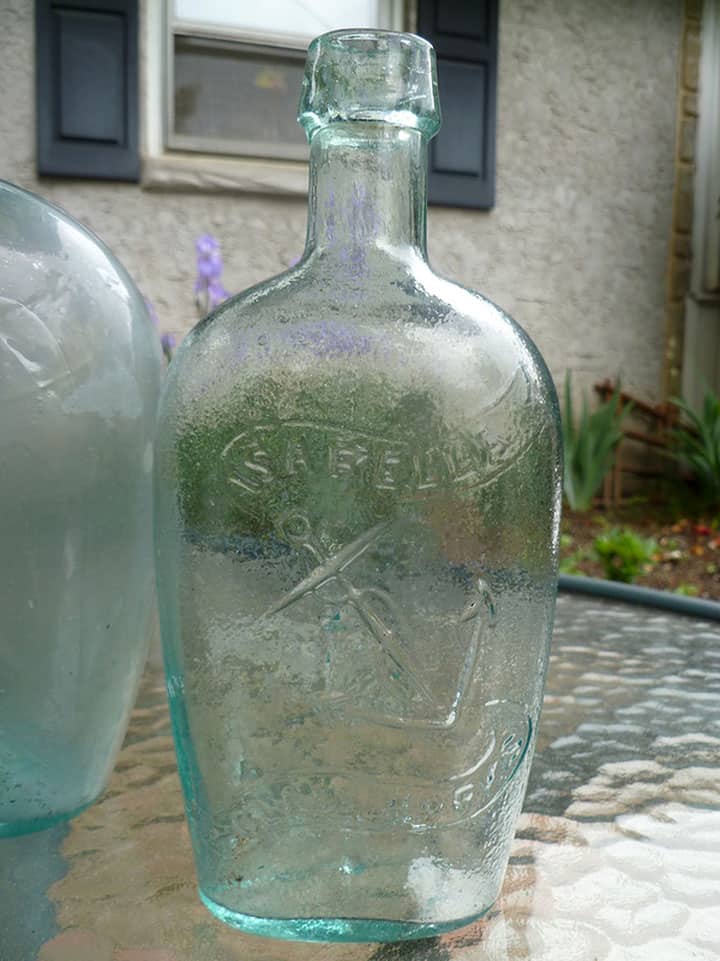 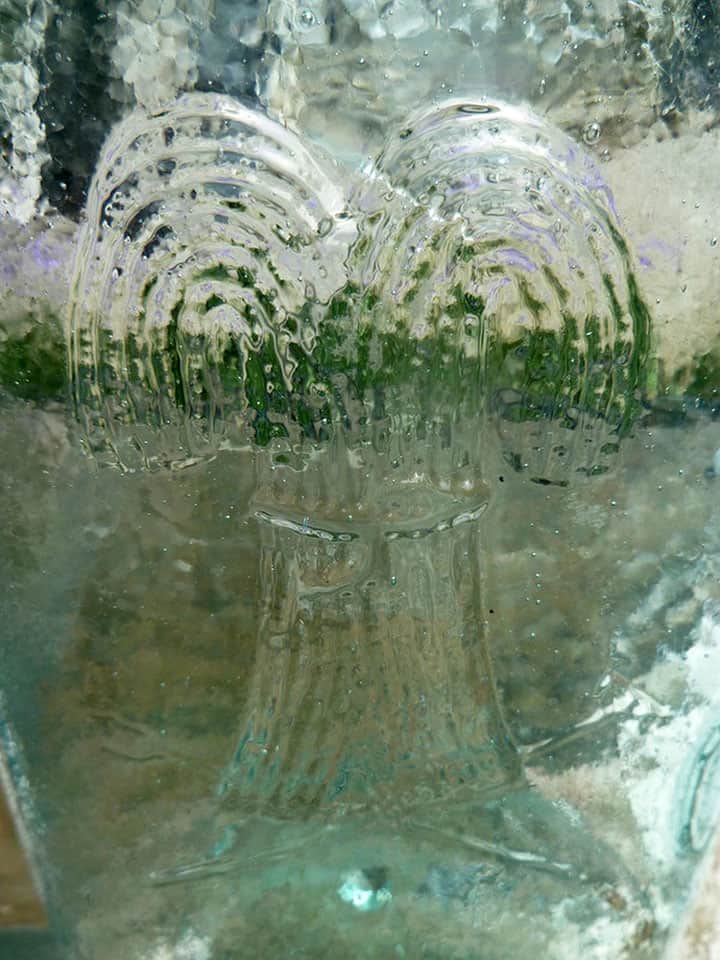 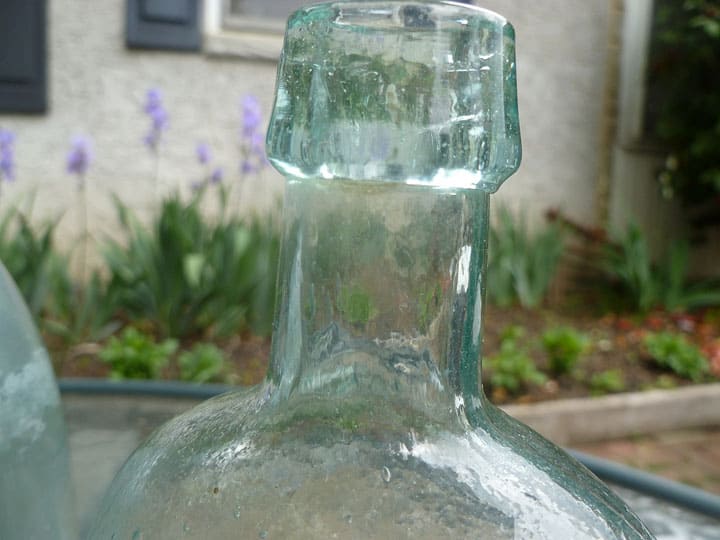 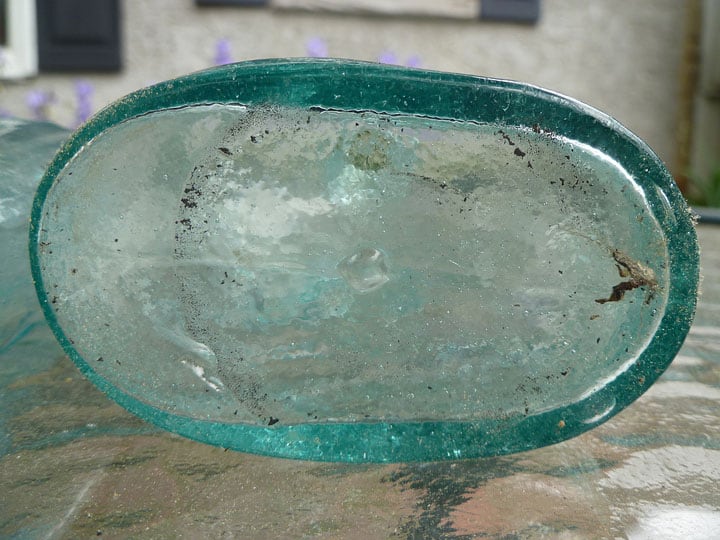 The last flask (below) bearing the name of the works is the quart sized McKearin charted GXIII-55. This is a large flask but thin walled. On one side of the flask again is a picture of a glass factory and on the reverse side the lettered embossing ISABELLA GLASS WORKS in two banners. This flask is listed as scarce by McKearin. 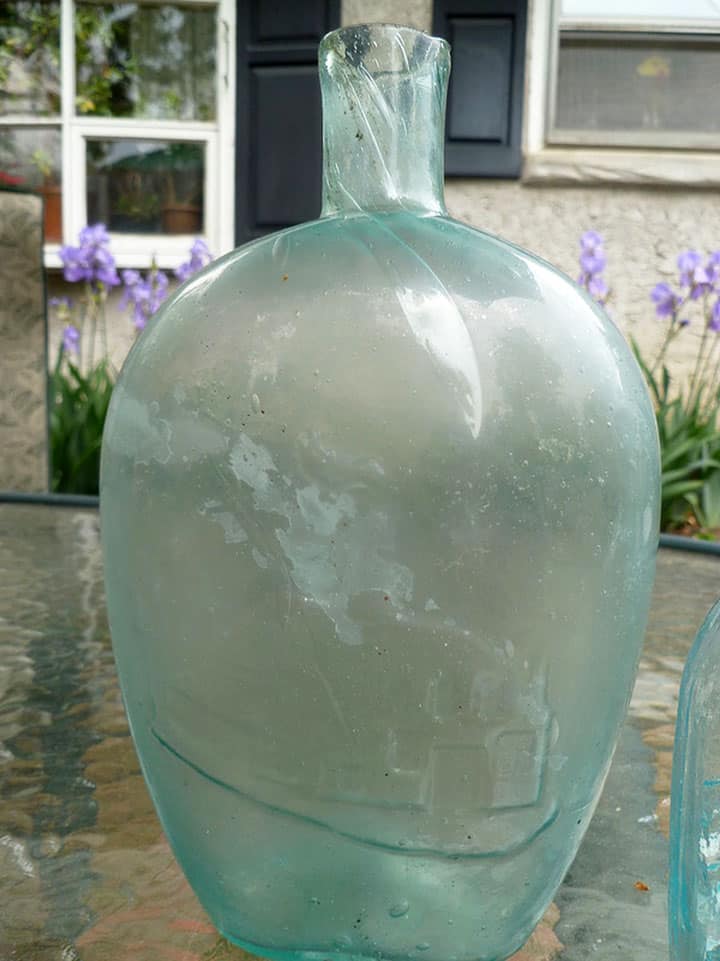 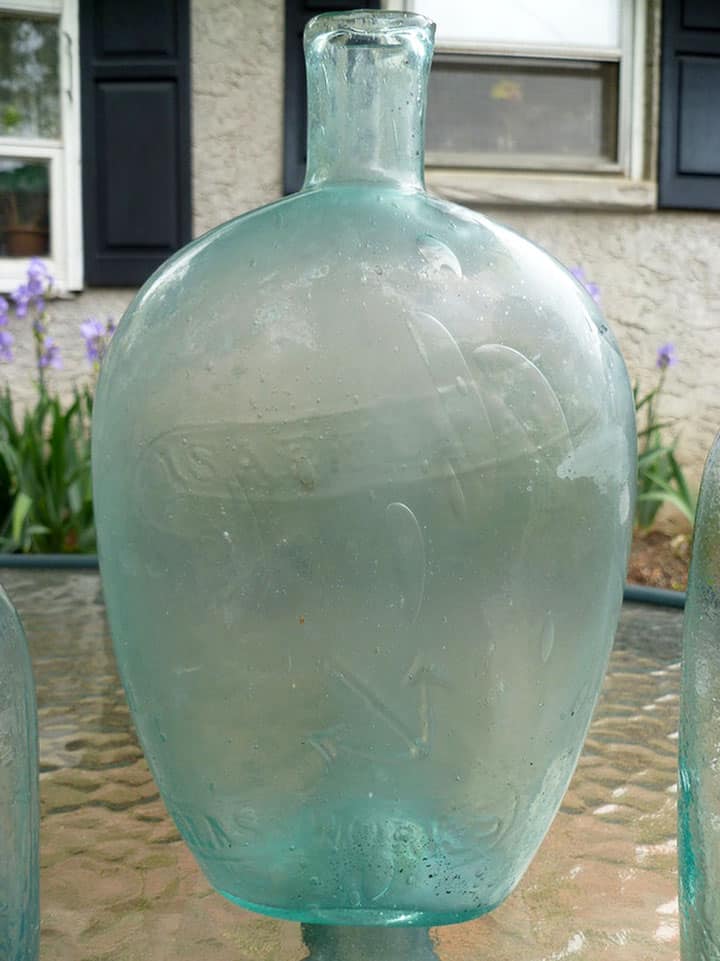 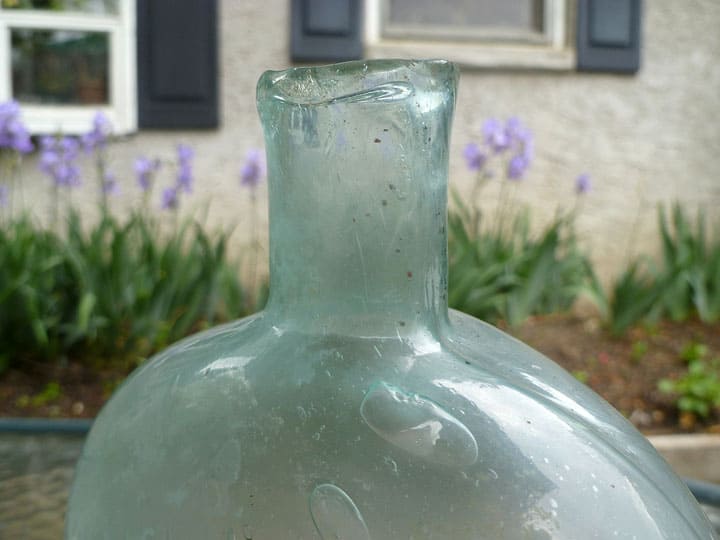 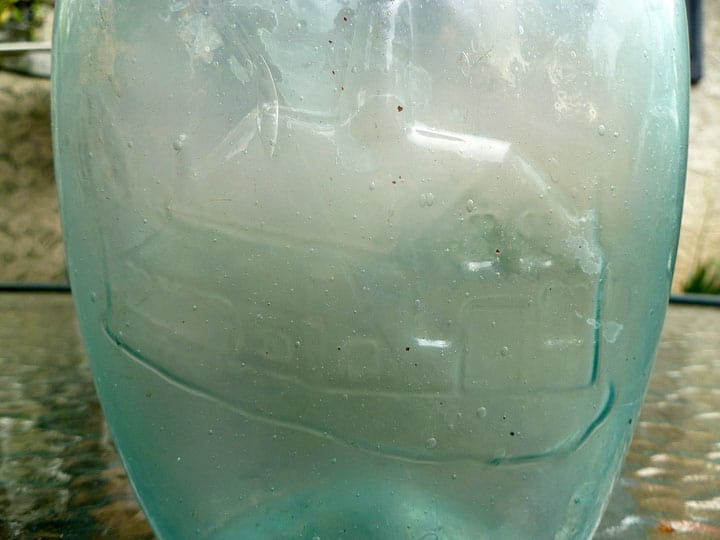 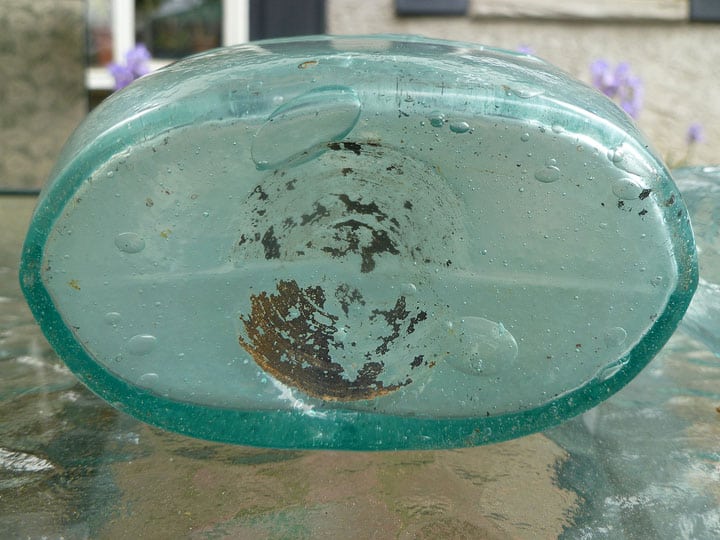 Ferdinand Meyer V is a native of Baltimore, Maryland and has a BFA in Fine Art and Graphic Design from the Kansas City Art Institute and School of Design. Ferdinand is the founding Principal of FMG Design, a nationally recognized design consultation firm. Ferdinand is a passionate collector of American historical glass specializing in bitters bottles, color runs and related classic figural bottles. He is married to Elizabeth Jane Meyer and lives in Houston, Texas with their daughter and three wonderful grandchildren. The Meyers are also very involved in Quarter Horses, antiques and early United States postage stamps. Ferdinand is the past 6-year President of the Federation of Historical Bottle Collectors and is one of the founding members of the FOHBC Virtual Museum.
View all posts by Ferdinand Meyer V →
This entry was posted in Collectors & Collections, Currency, Early American Glass, Flasks, Glass Companies & Works, Glass Makers, Historical Flasks, History and tagged Anchor, Atkinson, banner, Brooklyn, factory, Glass, GXIII-56, GXIII-57, Isabella, Marshall, McKearin, Shin-Plaster, Stanger, Stephen, Wheat, Works. Bookmark the permalink.