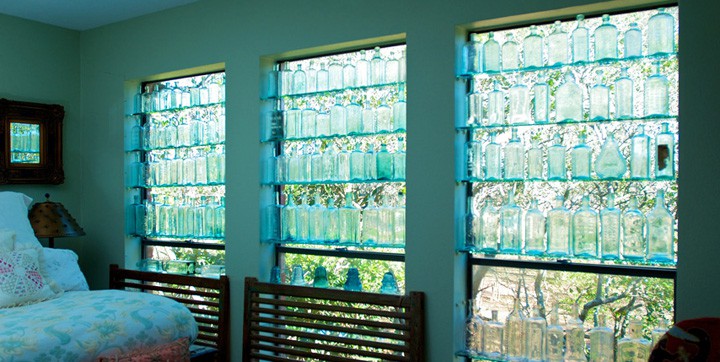 I have to tell you, I really like my aqua bitters bottles. I keep many of the smaller examples in one room and they shine and dance without the color that you see in other rooms. I pulled a Blake’s bottle off the shelf today because I found a neat 1852 advertisement for a Dr. Blake’s Aromatic Bitters from New York that prompted this post. Carlyn Ring and Bill Ham have catalogued this bottle in Bitters Bottles Supplement as follows:

Dr. Thomas Blake’s claim to fame was his Aromatic Bitters that he marketed heavily and sold between 1847 and 1856 in New York City and across the country by using principal druggists in each city. He first started in 1842, according to one advertisement (see below) that says “For five years Dr. Blake’s Aromatic Bitters and Tonic Invigorator, has been effecting cures among his friends, acquaintances, and neighbors”.

His primary offices were at 118 Division Street and 68 South Street from 1850 – 1855. He relied heavily on testimonials within his advertising and claimed his bitters would cure dyspepsia, disease of the liver, fever, ague, piles, scrofula, bilious complaints, ship fever, Asiatic cholera and general debility, among many other things. Examples of his bitters bottles have been found in the Canal Zone and many examples were dug in the west according to Ring & Ham.

Dr. Blake had it all figured out and recommended that an adult take a large tablespoonful of Blake’s Aromatic Bitters three times a day. If a person should be very bilious, a wineglassful before going to bed; and for a child, a teaspoonful twice a day. He was proud and signed his name on every wrapper and had his name prominently embossed on each bottle. With these small bottles, and those doses, the mothers must have been stocking up with crates of the concoction. I bet Dr. Blake was very successful. 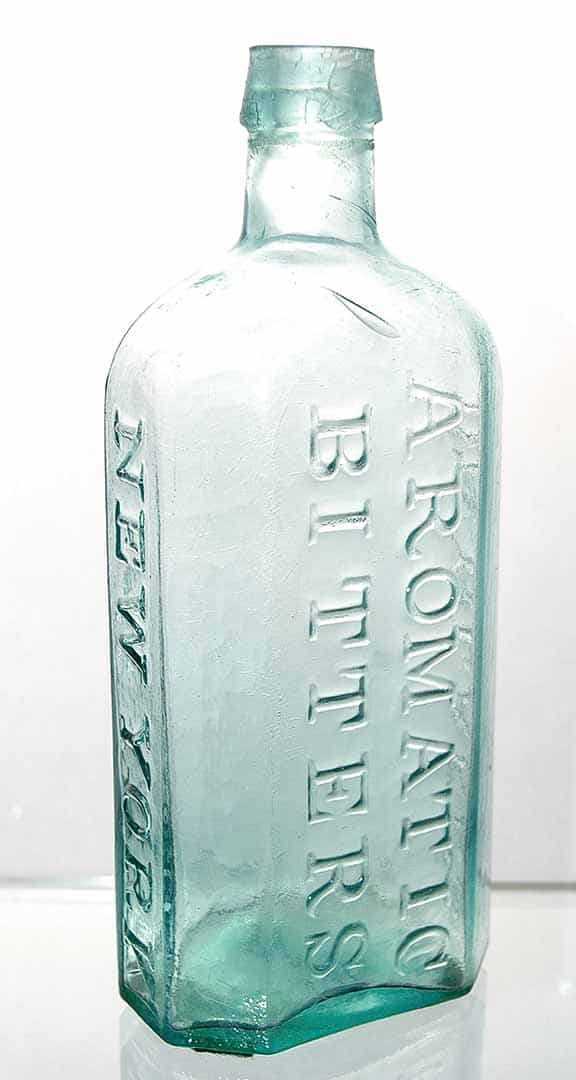 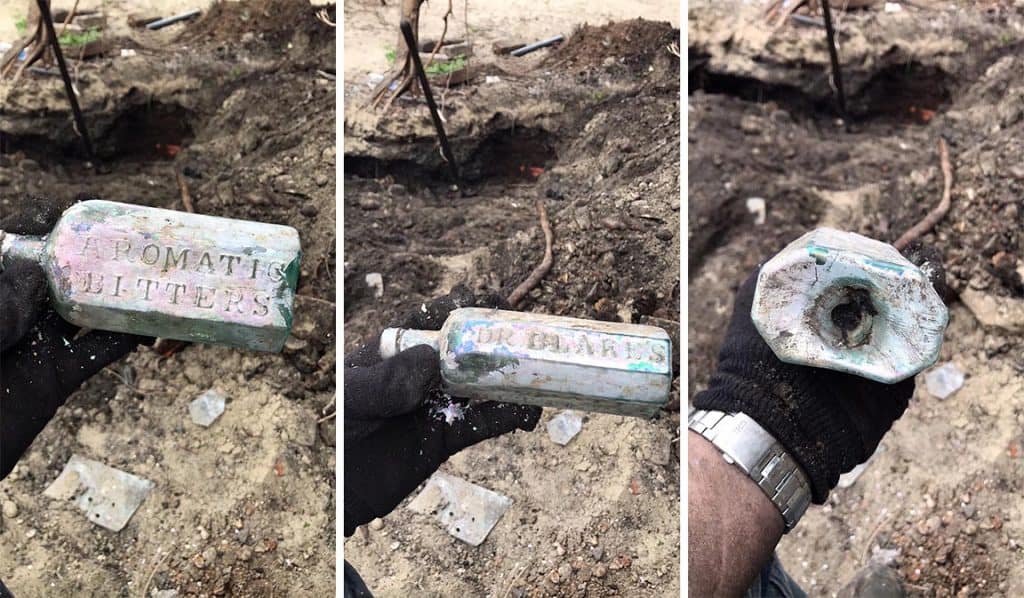 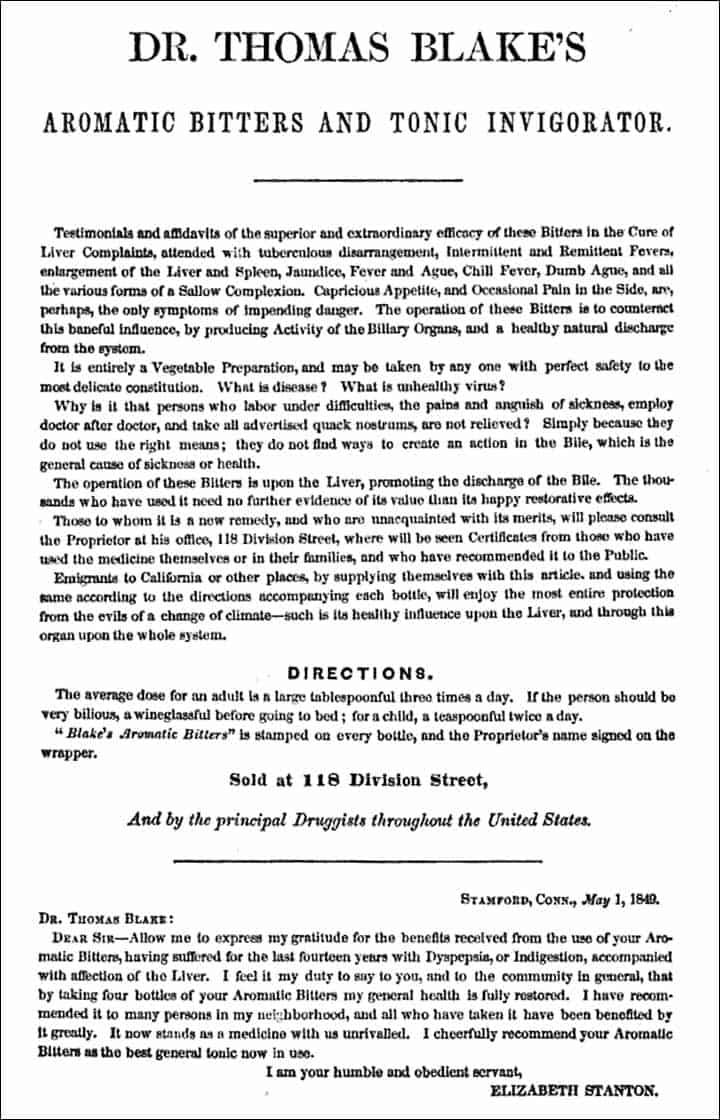 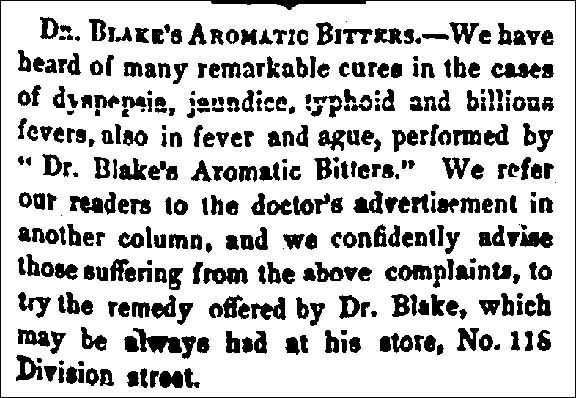 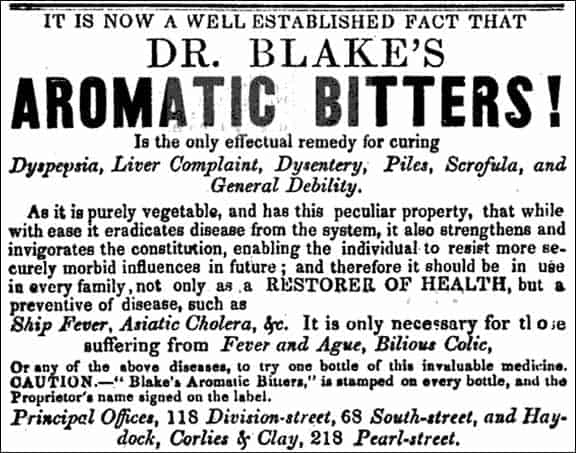 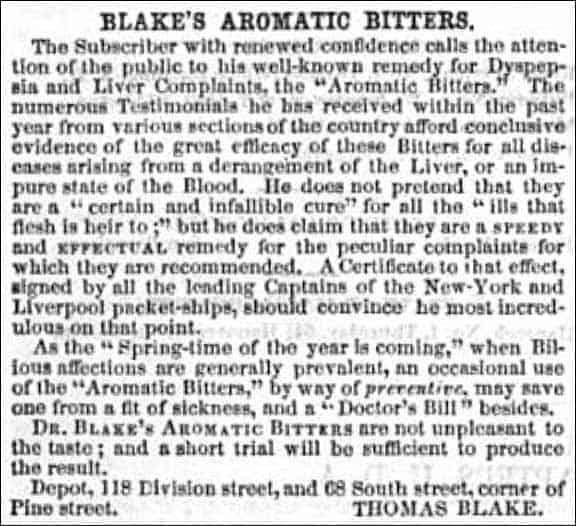 Blake’s Aromatic Bitters still being sold, though at a discount – New York Tribune, Thursday, May 22, 1856

Ferdinand Meyer V is a native of Baltimore, Maryland and has a BFA in Fine Art and Graphic Design from the Kansas City Art Institute and School of Design. Ferdinand is the founding Principal of FMG Design, a nationally recognized design consultation firm. Ferdinand is a passionate collector of American historical glass specializing in bitters bottles, color runs and related classic figural bottles. He is married to Elizabeth Jane Meyer and lives in Houston, Texas with their daughter and three wonderful grandchildren. The Meyers are also very involved in Quarter Horses, antiques and early United States postage stamps. Ferdinand is the past 6-year President of the Federation of Historical Bottle Collectors and is one of the founding members of the FOHBC Virtual Museum.
View all posts by Ferdinand Meyer V →
This entry was posted in Advertising, Bitters, Medicines & Cures, Tonics and tagged Aromatic, bitters, Blake, Division, New York, Thomas, Tonic. Bookmark the permalink.