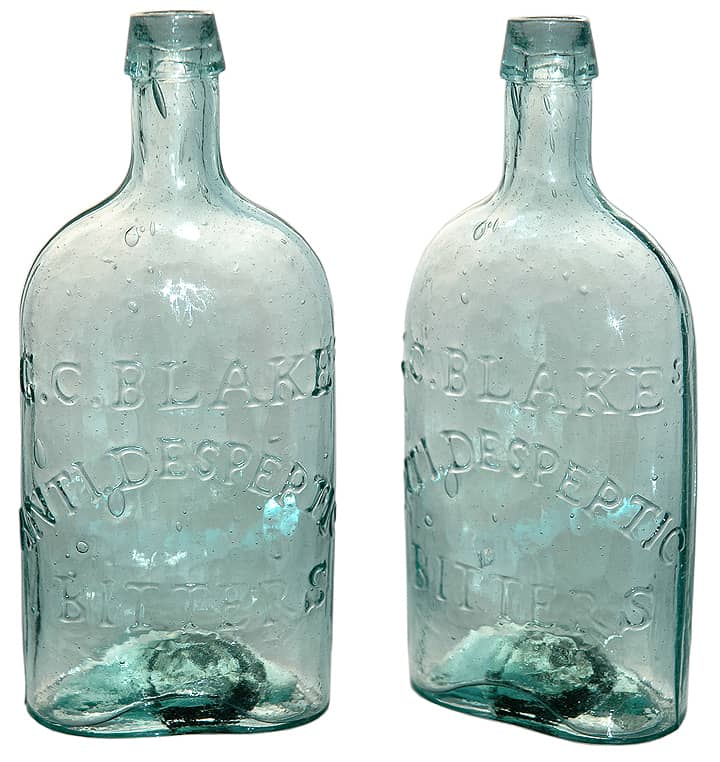 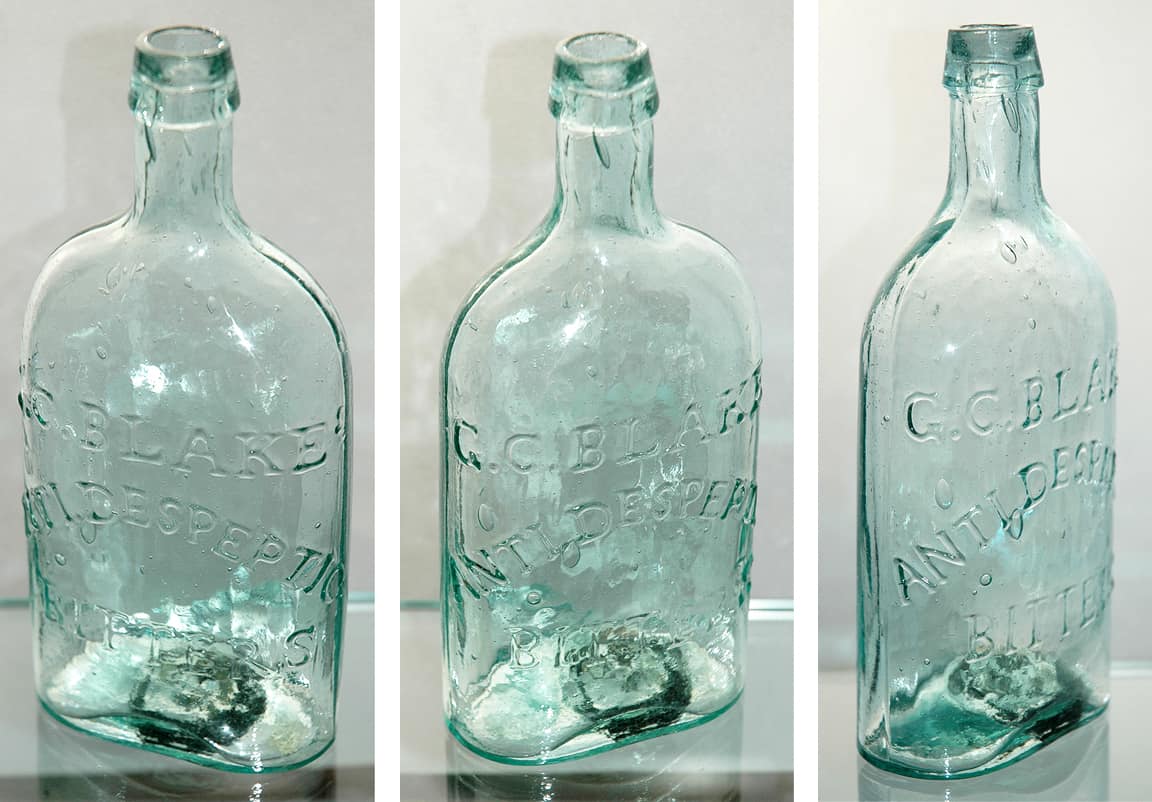 With the completion of the Dr. Blake’s Aromatic Bitters post from New York City, it seems logical that we might now want to look at the Dr. G. C. Blake’s Anti-Dyspeptic Bitters from Buffalo, New York. Cory Stock also suggested this in a follow-up e-mail.

This bottle is quite difficult to find and I am pleased to possess a nice example in my collection that is featured in this post. The Carlyn Ring and W.C. Ham listing in Bitters Bottles is as follows:

Buffalo Harbor in the 1850s

George C. Blake was listed as the proprietor of Blake’s Anti-Dyspeptic Bitters in 1855 and 1856 in Buffalo, New York Directories. His address was 53 Lloyd Street at the corner of Commercial and Water Streets. In 1857 he is listed, but the bitters relationship is not. In 1858 he is listed as a druggist at 2 Thompson block, Prime. In 1859 he has a saloon in Buffalo. Before 1855 and after 1859 he is a mystery. One has to wonder if he was related to Thomas Blake and the Blake’s Aromatic Bitters in New York City. 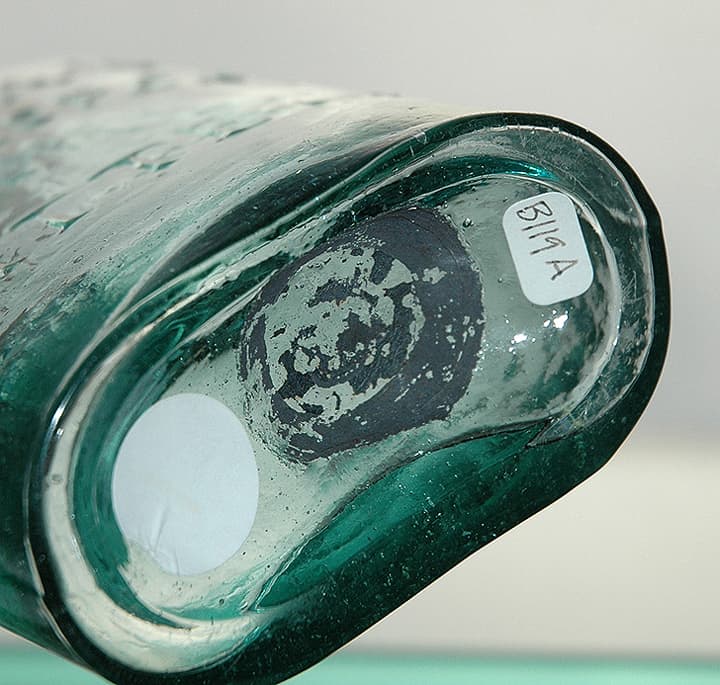 Ferdinand Meyer V is a native of Baltimore, Maryland and has a BFA in Fine Art and Graphic Design from the Kansas City Art Institute and School of Design. Ferdinand is the founding Principal of FMG Design, a nationally recognized design consultation firm. Ferdinand is a passionate collector of American historical glass specializing in bitters bottles, color runs and related classic figural bottles. He is married to Elizabeth Jane Meyer and lives in Houston, Texas with their daughter and three wonderful grandchildren. The Meyers are also very involved in Quarter Horses, antiques and early United States postage stamps. Ferdinand is the past 6-year President of the Federation of Historical Bottle Collectors and is one of the founding members of the FOHBC Virtual Museum.
View all posts by Ferdinand Meyer V →
This entry was posted in Advertising, Bitters, History, Questions and tagged bitters, Blake, Bufalo, Cory, Druggist & Drugstore, Dyspeptic, George, Lloyd, New York, Saloon, Stock. Bookmark the permalink.