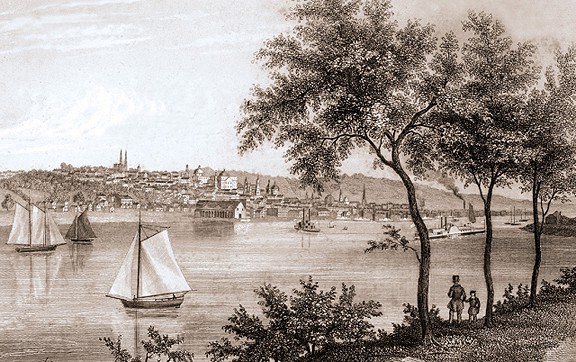 Just a , it has gotten longer thanks to Mark Yates and his leads, about John Thomson who was a Botanic Physician located at No. 67 Beaver-street in Albany, New York. The illustration above is Albany in 1854. 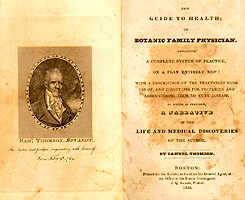 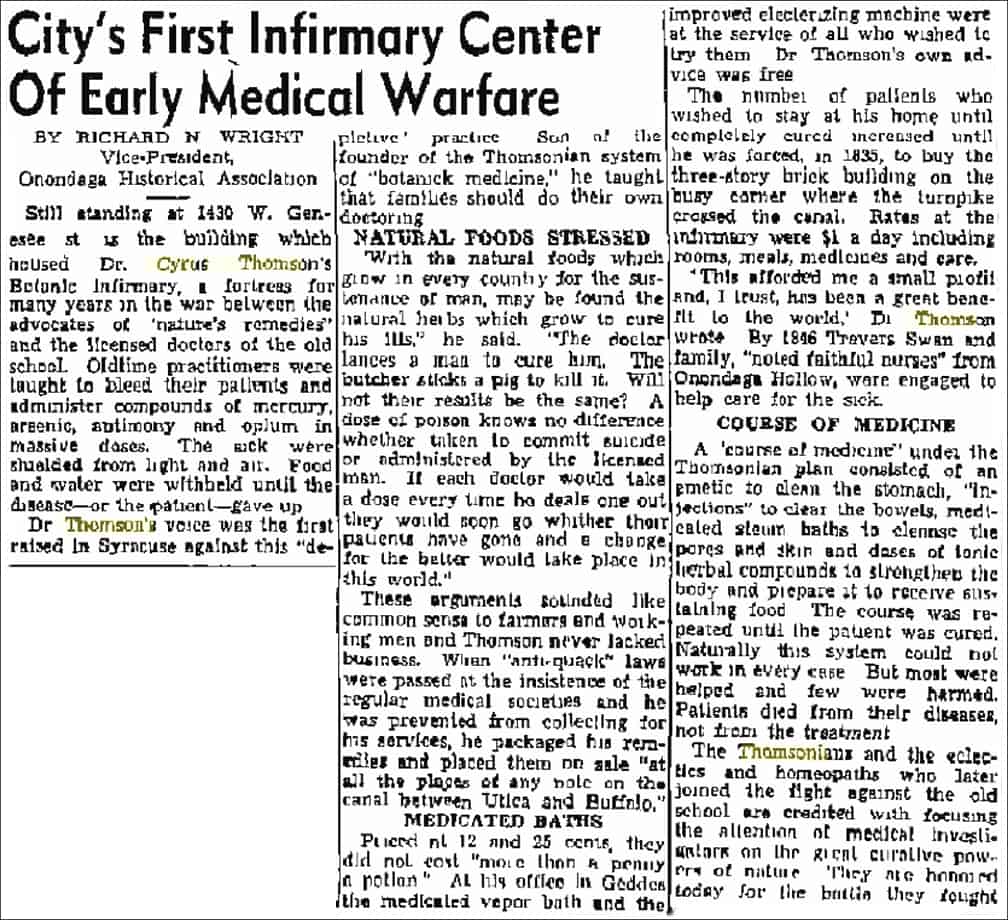 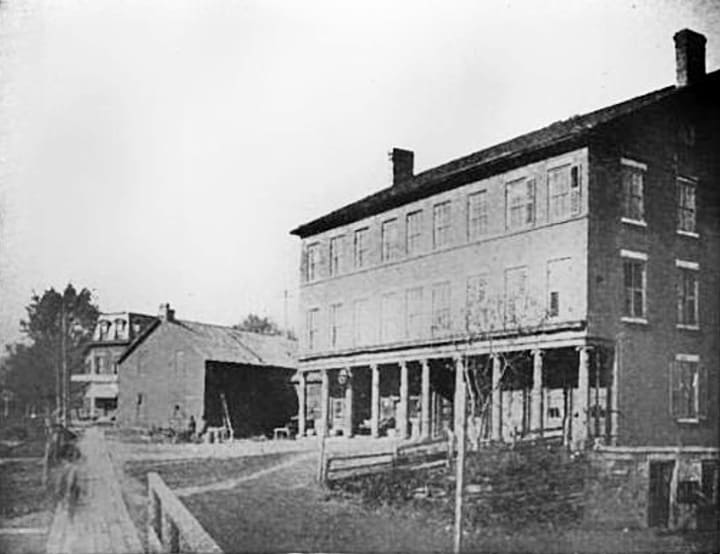 The Botanic Infirmary circa 1890s – Early Landmarks of Syracuse

This is an early bitters, with no bottles recorded in collections. One advertisement I found said, “40th Barrel of Vegetable Anti-Dyspeptic, manufactured this day, since 2d March, 1831.”

A 73  ANTI-DYSPEPTIC VEGETABLE BITTERS
Newspaper advertisement 1834: Its good effects are beyond description, cures consumption, destroys pernicious thirst in summer and expels paroxysms in winter. For any disease of the head, stomach or bowels.

Mark Yates  (Cazenovia, New York) adds that there was a Cyrus Thomson in Syracuse (Geddes), New York and that he has a labeled, unembossed open pontiled medicine (he will forward a picture). He led me to the 1894 book, Early Landmarks of Syracuse and some information within that indicates that Cyrus’ father, Samuel, was the founder of the Thomsonian System of Medicine. A couple of important excerpts:

Dr. Cyrus Thomson is remembered as a very eccentric man, rough and uneducated, though possessing considerable natural ability, shrewd, a close observer, and fond of telling amusing anecdotes. He was the son of Samuel Thomson, the founder of the Thomsonian system of medicine, and was born January 20, 1797, in Alstead, New Hampshire, where his father was born.

A letter from his distinguished though eccentric father, dated Madison county, New York, July 26, 1823, says that Samuel Thomson of Boston, Mass., authorized Cyrus Thomson to act as an agent in selling his medicines and to become a member of the Friendly Medical ‘Botannack’ society; the agreement lasting two years.

This botanic treatment, called the Thomsonian system, was founded by Samuel Thomson, who claimed to have “discovered the fatal error of Allopathy – the doctrine that irritation, fever and inflammation are diseases.” Samuel wrote in his book published in 1825; “Our life depends on heat; food is the fuel that kindles and continues that heat; heat I found was life, and cold was death, and that all constitutions are alike,” meaning in regard to their anatomy and physiology, their powers and their wants. Read More

A few advertisements I found are represented below, one dating the specific bitters brand to 1828.

Ferdinand Meyer V is a native of Baltimore, Maryland and has a BFA in Fine Art and Graphic Design from the Kansas City Art Institute and School of Design. Ferdinand is the founding Principal of FMG Design, a nationally recognized design consultation firm. Ferdinand is a passionate collector of American historical glass specializing in bitters bottles, color runs and related classic figural bottles. He is married to Elizabeth Jane Meyer and lives in Houston, Texas with their daughter and three wonderful grandchildren. The Meyers are also very involved in Quarter Horses, antiques and early United States postage stamps. Ferdinand is the past 6-year President of the Federation of Historical Bottle Collectors and is one of the founding members of the FOHBC Virtual Museum.
View all posts by Ferdinand Meyer V →
This entry was posted in Advertising, Bitters, Druggist & Drugstore, History, Medicines & Cures and tagged Albany, anti, Boranic, Cyrus, Dyspeptic, New York, physician, Samuel, Syracuse, Thomson, Vegetable, Wine, Yates. Bookmark the permalink.

1 Response to John Thomson and his “Thomsonian System of Practice”