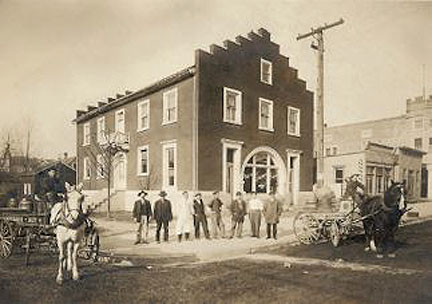 While doing research on an unlisted bitters I came across yet another unlisted bitters in an Indiana newspaper. As the first bitters will take a little more time to research, I will pass along what I have on the second one. On page 8 of the April 13, 1900 issue of the Jasper Indiana Weekly Courier was an advertisement for Moutoux’s German Stomach Bitters. 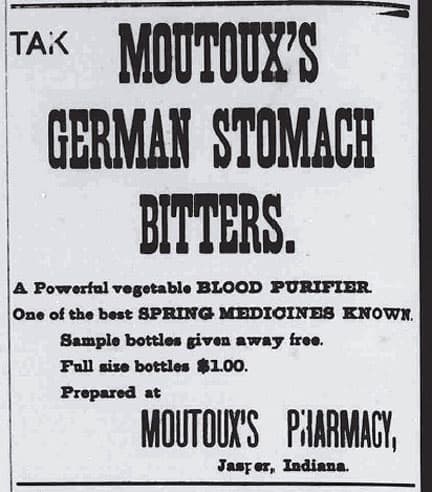 A check of the 1899 issue of The Pharmaceutical Era, Volume 22, found a brief description of Moutoux on page 316.

“Chas. Moutoux, a graduate of Purdue University School of Pharmacy, and lately employed at the Lorenz drug store, Evansville, has gone to Jasper, Ind., to engage in the drug business.”

I then found someone trying to find more information on Moutoux for genealogy in Ancestry.com.

“He ran a drug store in Cannelton, Indiana and apparently worked as a doctor in Oakland, California and Jasper, Indiana before moving to Evansville toward the end of his life.” 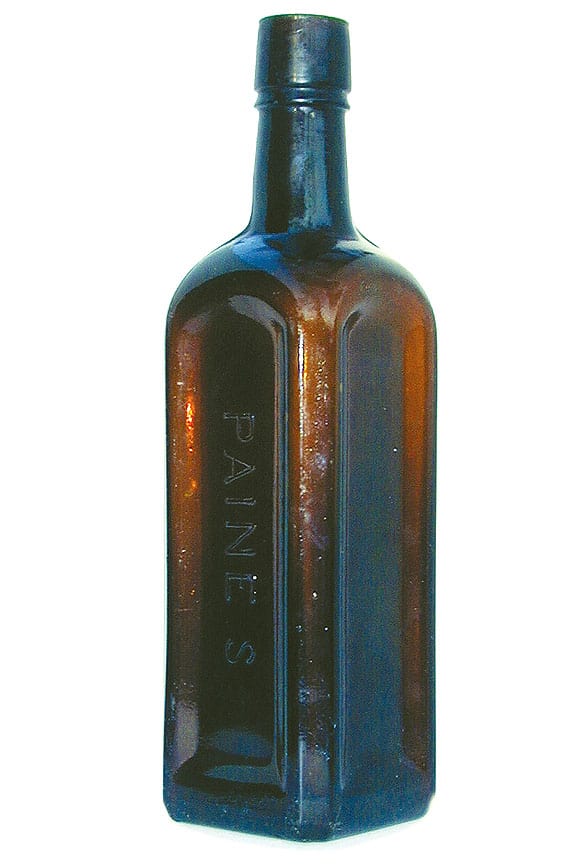 I also found in the 1900 The National Druggist, Volume 30 (see below) where Moutoux’s Pharmacy won a prize in the “Paine’s Celery Compound window display competition”. Moutoux won $2 for his display, but I was quite surprised that the first place winner won $300. That is quite a bit of cash for 1900. 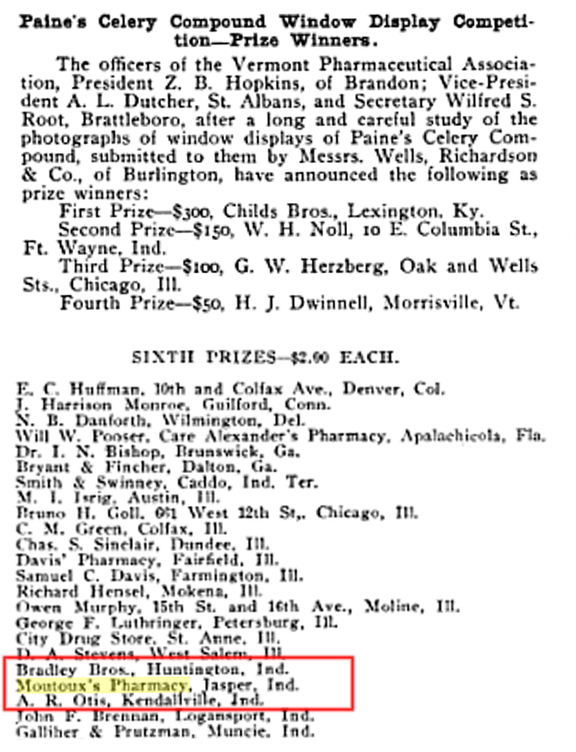 The last thing I found was a very interesting article in the March 1909 issues of the Indiana State Board of Health Monthly Bulletin that mentions “Dr.” Moutoux. Apparently he did not believe in germs (as I am sure many at that time did not). He was lobbying against vaccinating children during a Small Pox outbreak.

“He is a nonbeliever in germs and declares that it is impossible for such things as germs to cause disease and that disease is propagated by humor of the blood. He is a very radical individual and is just the kind who raises disturbances on such occasions as this. There were two more men there. They are classified as physicians in the newspapers, but none of them belong to the medical fraternity of Evansville They make their living by selling herbs or patent medicines.”

I wonder what medicines the other two sold? 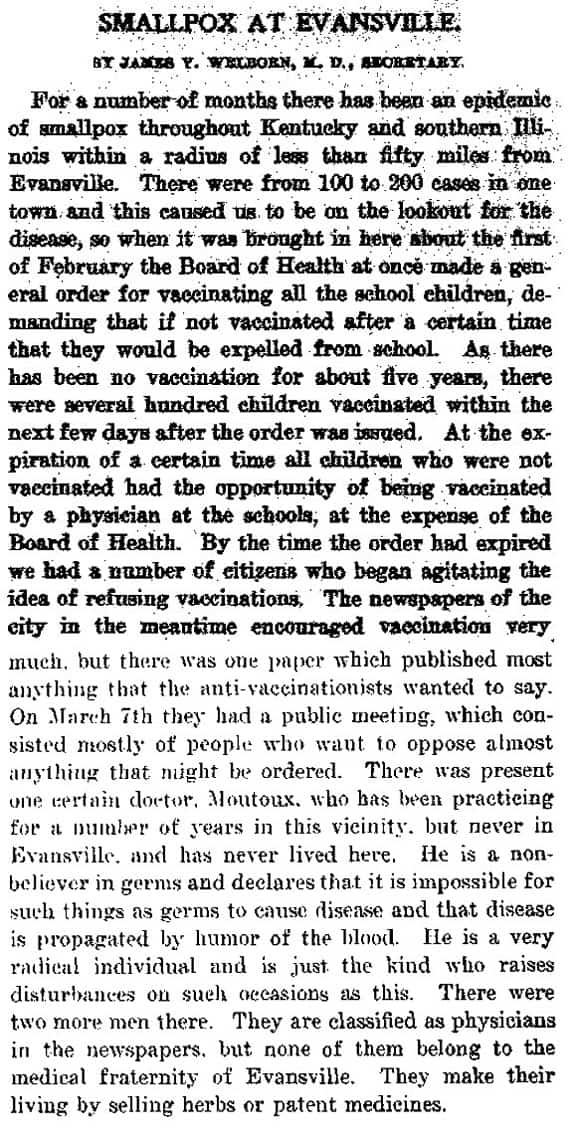 I am sure there is quite a bit more on Charles J. Moutoux if anyone would like to dig further. The real question is, “What did Moutoux German Stomach Bitters look like? Was this a label only bitters? Was it embossed?”

I look forward to someone answering that question.

Ferdinand Meyer V is a native of Baltimore, Maryland and has a BFA in Fine Art and Graphic Design from the Kansas City Art Institute and School of Design. Ferdinand is the founding Principal of FMG Design, a nationally recognized design consultation firm. Ferdinand is a passionate collector of American historical glass specializing in bitters bottles, color runs and related classic figural bottles. He is married to Elizabeth Jane Meyer and lives in Houston, Texas with their daughter and three wonderful grandchildren. The Meyers are also very involved in Quarter Horses, antiques and early United States postage stamps. Ferdinand is the past 6-year President of the Federation of Historical Bottle Collectors and is one of the founding members of the FOHBC Virtual Museum.
View all posts by Ferdinand Meyer V →
This entry was posted in Advertising, Bitters, Druggist & Drugstore, History, Medicines & Cures, Questions and tagged bitters, california, Cannelton, Drugstore, German, indiana, Jasper, Moutoux, oakland, Paine's Celery Compound, pharmacy, Purdue, Stomach, Viguerie. Bookmark the permalink.