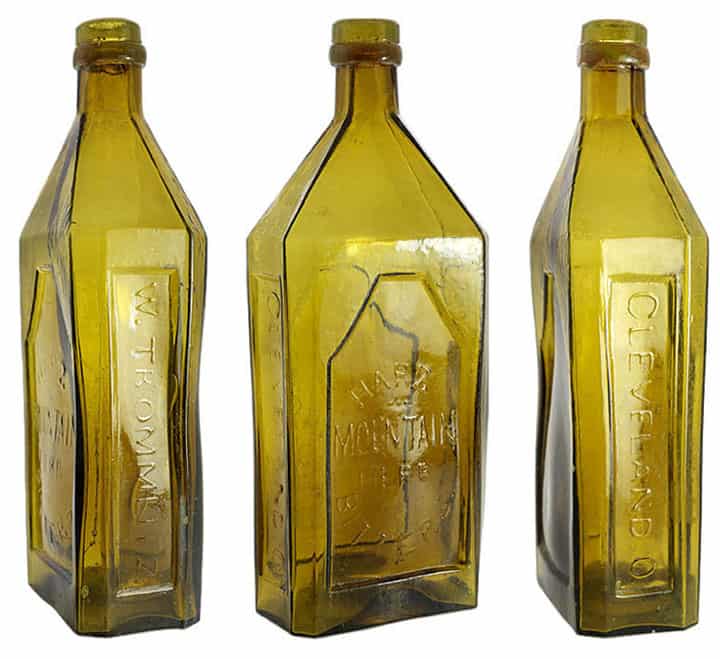 Making an appearance at the Glass Works “Cabin Fever” Potpourri Auction is the ‘one and only’ (at least as far as bitters collectors are aware) Harz Mountain Herb Bitters. This bottle is from the great John Feldmann collection and though it has a replaced epoxy mouth, is highly desirable.

I remember the last time this dug, Cleveland, Ohio bottle came up for auction and questioned John when he purchased this years ago, as I was hesitant bidding on it with the replaced mouth (picture above). I remember John being ‘tickled pink’ with his extremely rare addition. Something to learn here. All of these rarities do not need to be perfect. It must be assumed that this bitters was produced for a extremely short period of time. I also want to point out the rather odd base marking (see below) on the bottle. 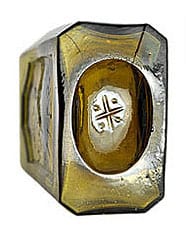 The Glass Works Auctions write-up is as follows: 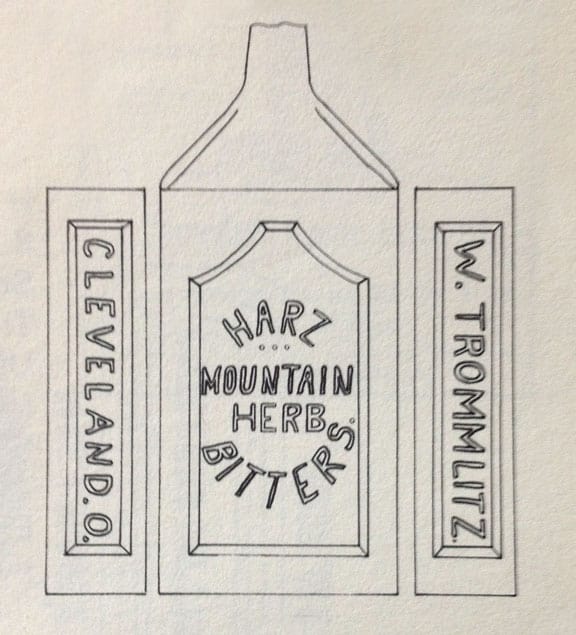 Wilhelm Godfrey Trommlitz, was born in Dessau, Saxony-Anhalt, Germany in 1821. He was a wholesale liquor dealer in Cleveland, Ohio from about 1861 to 1882. Wilhelm was married to Louisa Astzschner and had three children:

Paul Trommlitz (B: 1848): – Paul was born in Germany and moved to Cleveland, Ohio and worked at a saloon in 1869. Paul served in the Civil War with the Ohio Volunteers. The Trommlitz family, as noted above, had a liquor distribution business in Cleveland. Paul Trommlitz was for so many years connected with Koliler & Frohling and afterwards with the California Wine Association and then Italian Swiss Colony Wines after the war. He was also the proprietor of Potrero Soap Works in San Francisco in 1879. He married Henretta Lang in 1881 in Alameda, California. The marriage resulted in 3 children: Will, Florence and Louise. Paul died in 1901 in Alameda. He was cremated and the remains scattered in the San Francisco Bay.)

“Paul Trommlitz, of the Italian-Swiss Colony, has gone East again after a short stay in San Francisco. He came from Chicago with an excursion of Christian Endeavorers, in spite of the fact that he scarcely belongs to that clan himself. He will be away about five months in the interest of the Colony’s business.” – Pacific Spirit & Wine Review 1896

Helena Bertha Louisa Trommlitz (B: 1849) – Helene Bertha Lousie (Lena) Trommlitz was born in Desau Germany on November 29th 1849. She had two brothers Paul and George. Her Father remarried when their Mother passed away 9 days after getting birth of her brother George. Wilhelm had two sons from this union Oscar and Oliver. Lena married Karl Kritch in Cleveland Ohio on December 16, 1869.

George William Trommlitz (B: 1858) was born in Dessau, Saxony-Anhalt, Germany. George lived and worked in Denver, Colorado. He is listed as having a number of patents with Gripping connection for inflation-valves. He died on 18 May 1927 in San Antonio, Texas. 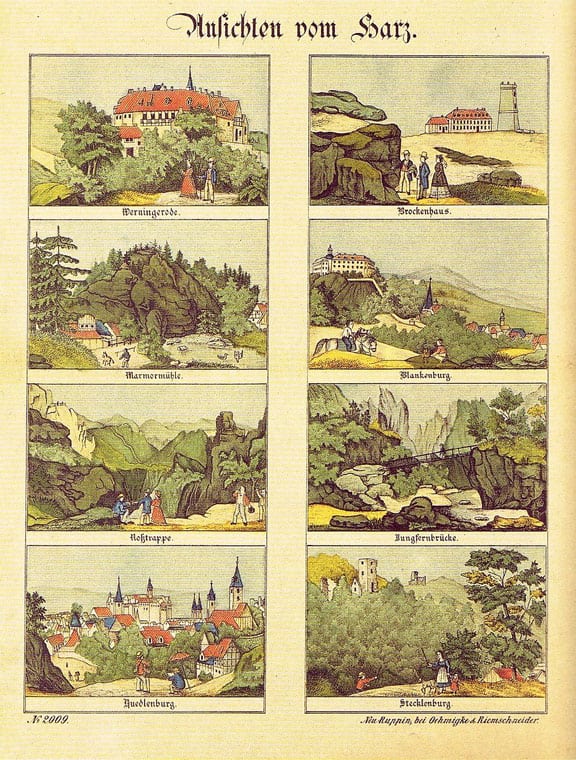 The Harz Mountain Herb Bitters brand was named after The Harz (also spelled Hartz) which is the highest mountain range in Northern Germany and its rugged terrain extends across parts of Lower Saxony, Saxony-Anhaltand Thuringia. The name Harz derives from the Middle High German word Hardt or Hart (mountain forest), Latinized as Hercynia. The legendary Brocken is the highest summit in the Harz with a height of 1,141.1 metres (3,744 ft) above sea level. The Wurmberg (971 metres (3,186 ft)) is the highest peak located entirely within Lower Saxony. – Wikipedia

You may also be aware of Hartz Mountain Industries. Max and Gustav Stern emigrated from Germany to the United States in 1926 with five thousand singing canaries (Harz Roller), and began manufacturing bird food under the Hartz Mountain brand in 1932. They later sold pets such as canaries, parakeets, hamsters, tropical fish, and associated supplies throughout the U.S. and Canada, and eventually introduced pet supply departments into more than 30,000 supermarkets in North America and the United Kingdom. – Wikipedia

Ferdinand Meyer V is a native of Baltimore, Maryland and has a BFA in Fine Art and Graphic Design from the Kansas City Art Institute and School of Design. Ferdinand is the founding Principal of FMG Design, a nationally recognized design consultation firm. Ferdinand is a passionate collector of American historical glass specializing in bitters bottles, color runs and related classic figural bottles. He is married to Elizabeth Jane Meyer and lives in Houston, Texas with their daughter and three wonderful grandchildren. The Meyers are also very involved in Quarter Horses, antiques and early United States postage stamps. Ferdinand is the past 6-year President of the Federation of Historical Bottle Collectors and is one of the founding members of the FOHBC Virtual Museum.
View all posts by Ferdinand Meyer V →
This entry was posted in Auction News, Bitters, History, Liquor Merchant and tagged Astzschner, bitters, Cleveland, Dessau, Feldmann, Germany, Godfrey, Hartz, Harz, Herb, liquor, Mountain, ohio, Saxony-Anhalt, Trommlitz, Wilhelm, William. Bookmark the permalink.