Bottles under the pier in Fredeiksted, St. Croix

Bottles under the pier in Fredeiksted, St. Croix 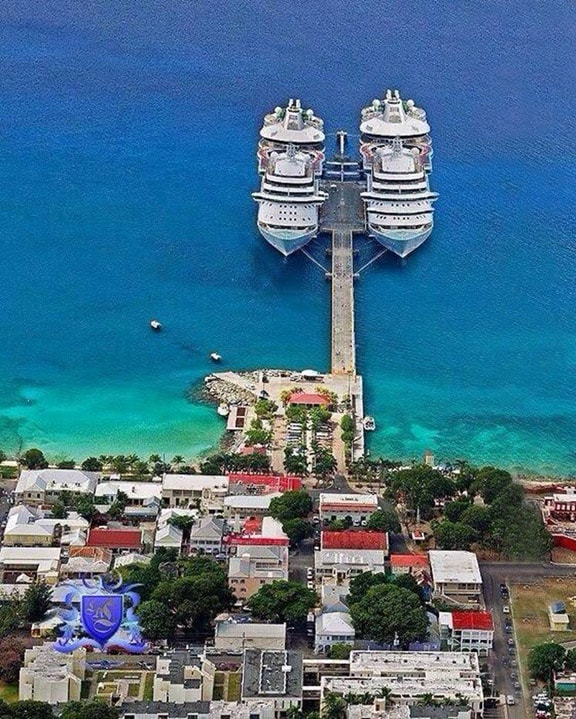 The new Fredeiksted pier after Hurricane Hugo 1988. The pier has yielded hundreds of bottles, ceramics, and ship parts.

This U.S. NAVY PEPPER bottle above, and a MUSTARD were found under the pier (see above) in Fredeiksted, St. Croix, US Virgin Islands. For several years US Navy vessels called here during negotiations to purchase the Virgin Islands from Denmark. The United States wanted to prevent Germany from obtaining the islands as coaling stations. 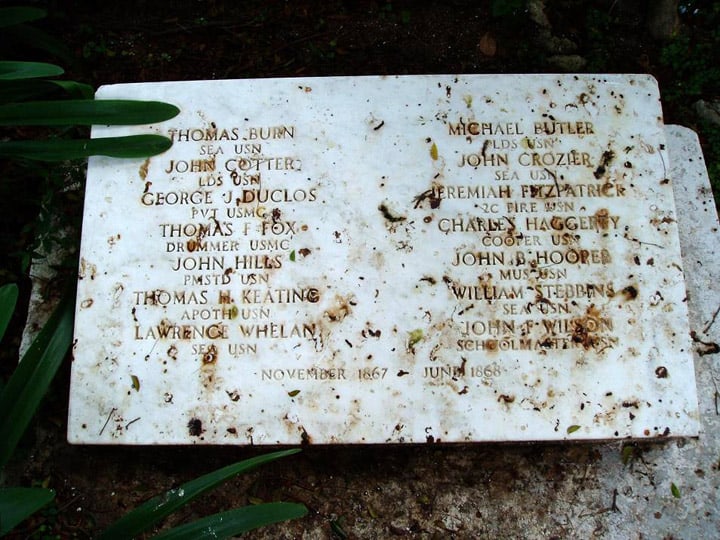 Sailor’s grave who died in the Tsunami.

In 1867, the US Navy steam-sail vessel USS Monongahela, was driven into the town by a tsunami caused by an earthquake on the island of Dominica. One year later, the navy finished blasting a channel through the onshore coral reef to free the Monongahela. In all, five bottles have been found but only three undamaged. 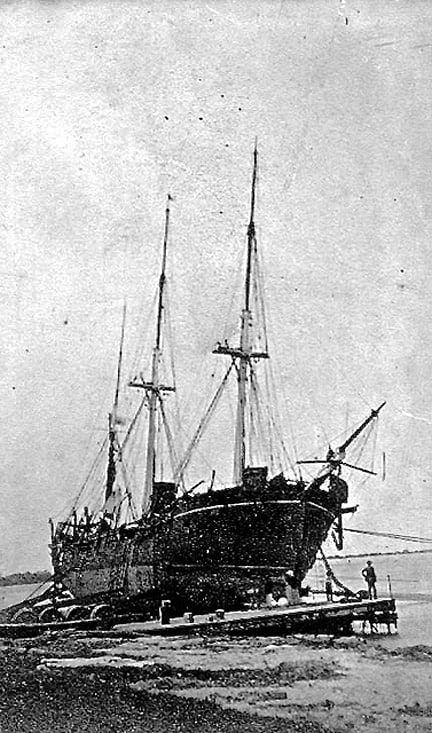 The November 1867 tsunami left USS Monongahela high and dry on the Frederiksted shoreline until it was refloated in May 1868. (U.S. Navy Historical Archive)

Following the War, Monongahela was assigned to the West Indies. On 18 November 1867, she was cast ashore at St. Croix, Virgin Islands, by a tidal wave and was only refloated six months later. In 1873, after extensive repairs, she began six years’ service in the Pacific, the western Atlantic and in Asiatic waters. Monongahela was converted to a sailing storeship in 1883-84, with her engines removed to increase storage space. From then until 1890, she served as supply vessel at Callao, Peru.

After Hurricanes David and four days later Frederic in 1979, the old town dump, adjacent to Fort Frederik (pictured below), washed out to sea and thousands of artifacts were uncovered. While snorkeling in the muddy sea you could hear the bottles clinking in the surf. There were instant collections made that week. 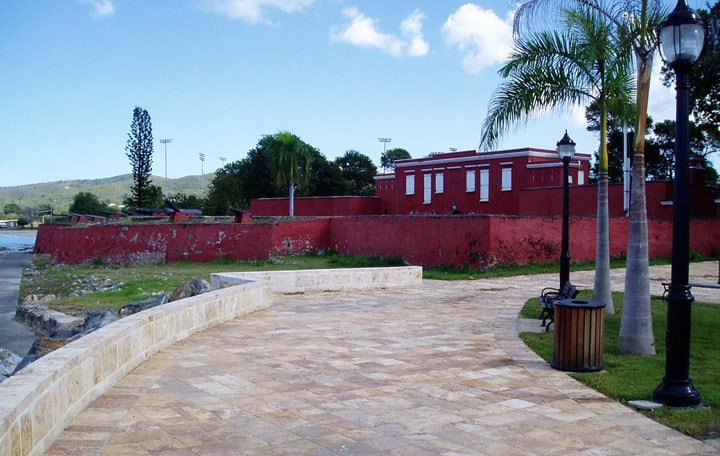 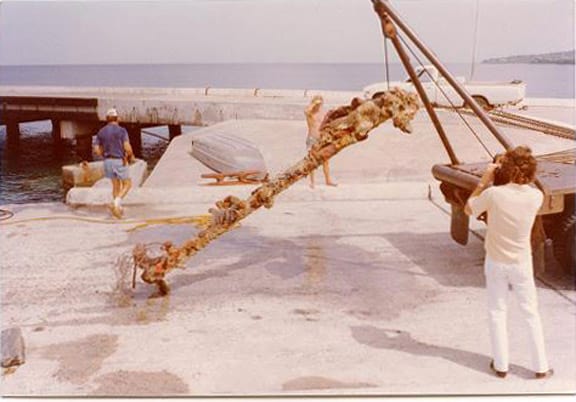 Mooring anchor for lightering ships. Frederiksted had no piers in the colonial era. The ships would pick up a buoy attached to an anchor. If a storm came up they could cast off to avoid dragging ashore. This area is called a “lee shore”.

I wonder what my example might be worth? I have been told that this bottle has been reproduced. Mine has sea growth on one panel. 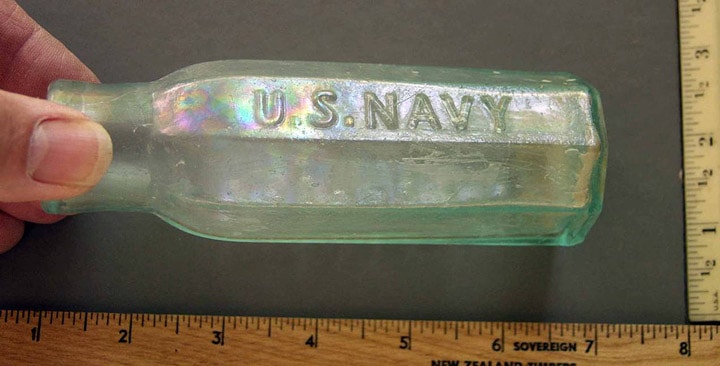 Ferdinand Meyer V is a native of Baltimore, Maryland and has a BFA in Fine Art and Graphic Design from the Kansas City Art Institute and School of Design. Ferdinand is the founding Principal of FMG Design, a nationally recognized design consultation firm. Ferdinand is a passionate collector of American historical glass specializing in bitters bottles, color runs and related classic figural bottles. He is married to Elizabeth Jane Meyer and lives in Houston, Texas with their daughter and three wonderful grandchildren. The Meyers are also very involved in Quarter Horses, antiques and early United States postage stamps. Ferdinand is the past 6-year President of the Federation of Historical Bottle Collectors and is one of the founding members of the FOHBC Virtual Museum.
View all posts by Ferdinand Meyer V →
This entry was posted in Digging and Finding, Diving, History, Pepper Sauce, Questions, Sauce, Treasure, Utility Bottles and tagged Anchor, bottles, David, Denmark, Diving, Earthquake, Fredeiksted, Frederic, Germany, Hugo, Hurricane, islands, Monongahela, Mustard, navy, pepper, pier, Sailor, St. Croix, tsunami, Vince Staley, Virgin. Bookmark the permalink.