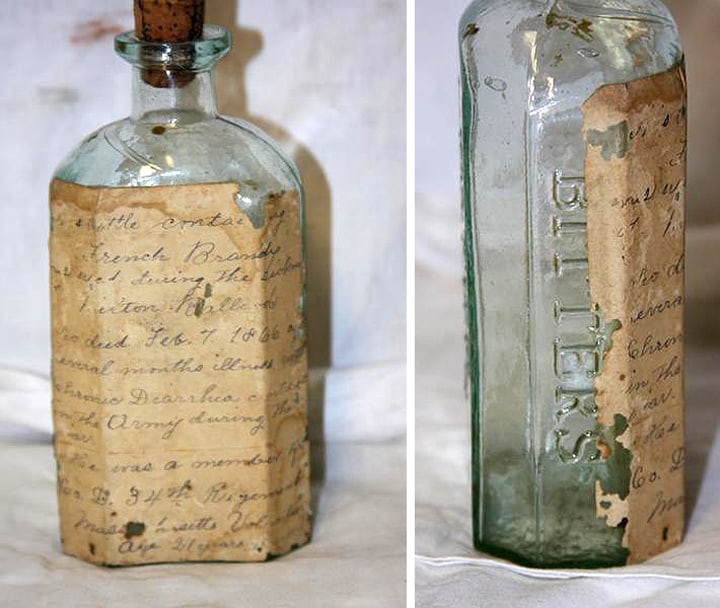 Interesting bitters bottle closing on ebay tomorrow that being the S.O. Richardson’s with the attached Civil War letter. See Listing. The description by nqac (99.7 Positive Feedback):

Wonderful piece of American History Bitters Bottle, South Reading, Mass, S.O. Richardson’s. Embossed on four sides of this early (1840s or early 1850s) bitters bottle from New England. Large and small air bubbles, What appears to be original cork. No chips, No fractures. Hand applied letter about why and who used this bottle which is amazing! This bottle containing French Brandy was used during the sickness of _ulton Ballard who died Feb 7th 1866 after several months illness with chronic diarrhea contracted in the Army during the war. He was a member of Co. D 34th Regiment Massachusetts Volunteer. Aged 21 years 11 months. Amazing bottle and amazing story!

I did search online in a couple of areas and could not find a record of Ballard in the Massachusetts Soldiers, Sailors, and Marines in the Civil War – compiled and published BY THE ADJUTANT GENERAL in accordance with Chapter 475, Acts of 1899. I will keep looking. 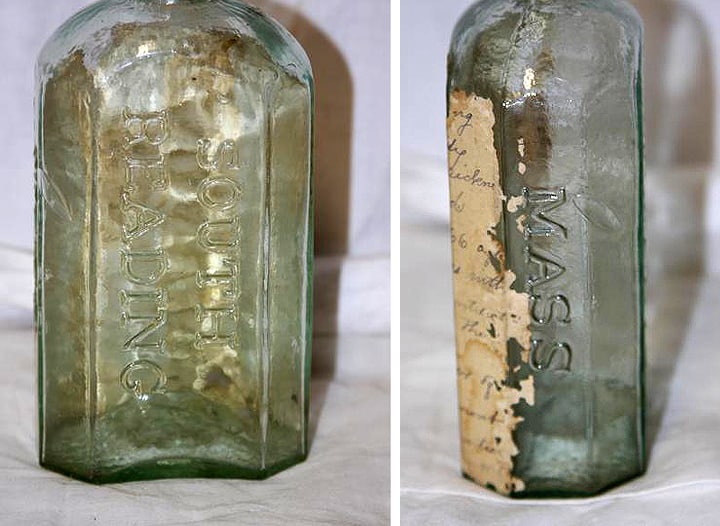 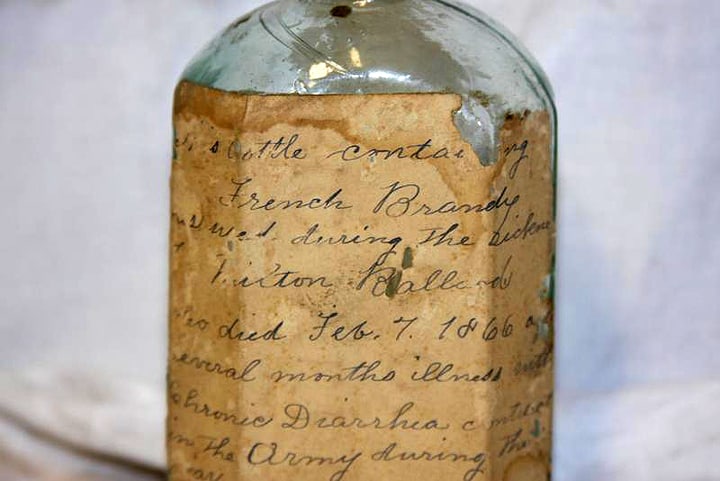 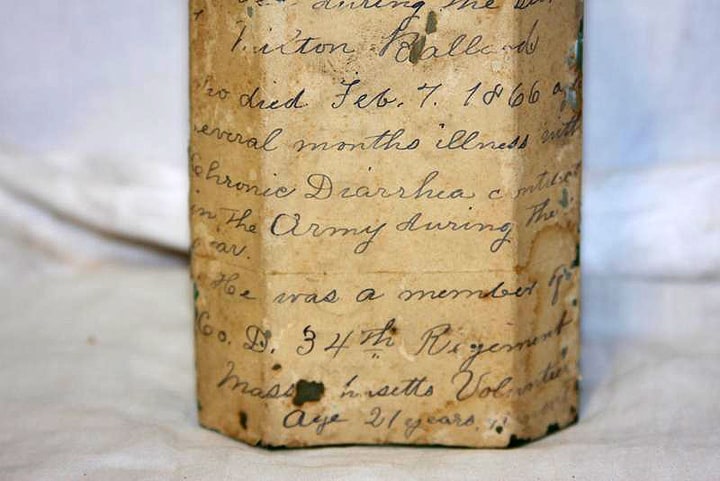 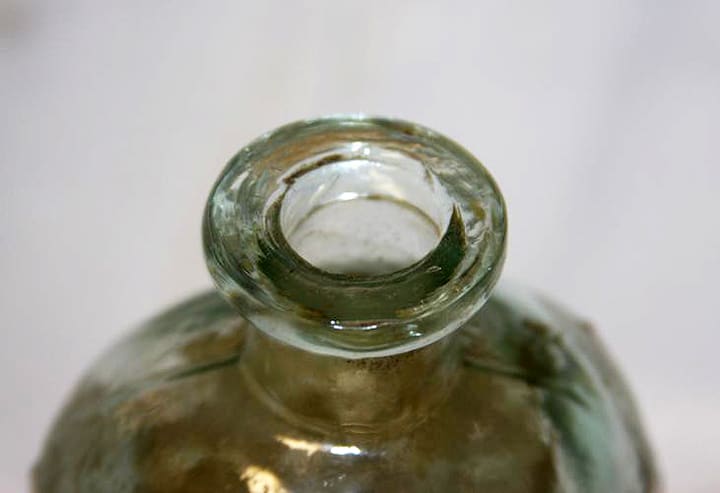 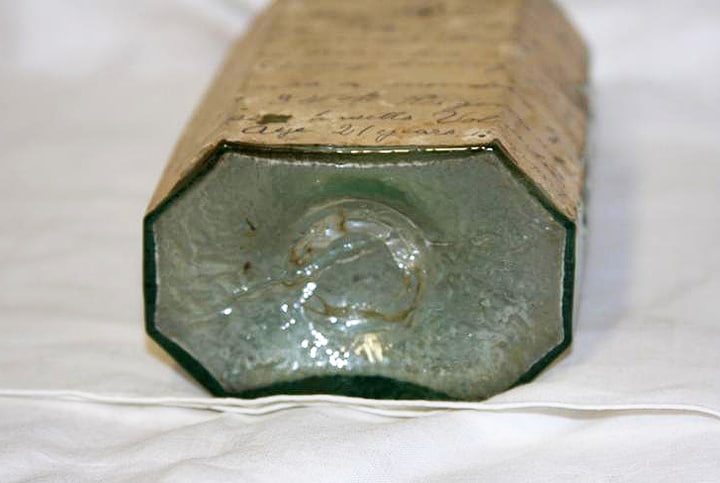 Ferdinand Meyer V is a native of Baltimore, Maryland and has a BFA in Fine Art and Graphic Design from the Kansas City Art Institute and School of Design. Ferdinand is the founding Principal of FMG Design, a nationally recognized design consultation firm. Ferdinand is a passionate collector of American historical glass specializing in bitters bottles, color runs and related classic figural bottles. He is married to Elizabeth Jane Meyer and lives in Houston, Texas with their daughter and three wonderful grandchildren. The Meyers are also very involved in Quarter Horses, antiques and early United States postage stamps. Ferdinand is the past 6-year President of the Federation of Historical Bottle Collectors and is one of the founding members of the FOHBC Virtual Museum.
View all posts by Ferdinand Meyer V →
This entry was posted in Bitters, Civil War, eBay, History, Questions and tagged Ballard, bitters, Civil, letter, Massachusett, Reading, regiment, Richardson, South, Volunteer, war. Bookmark the permalink.