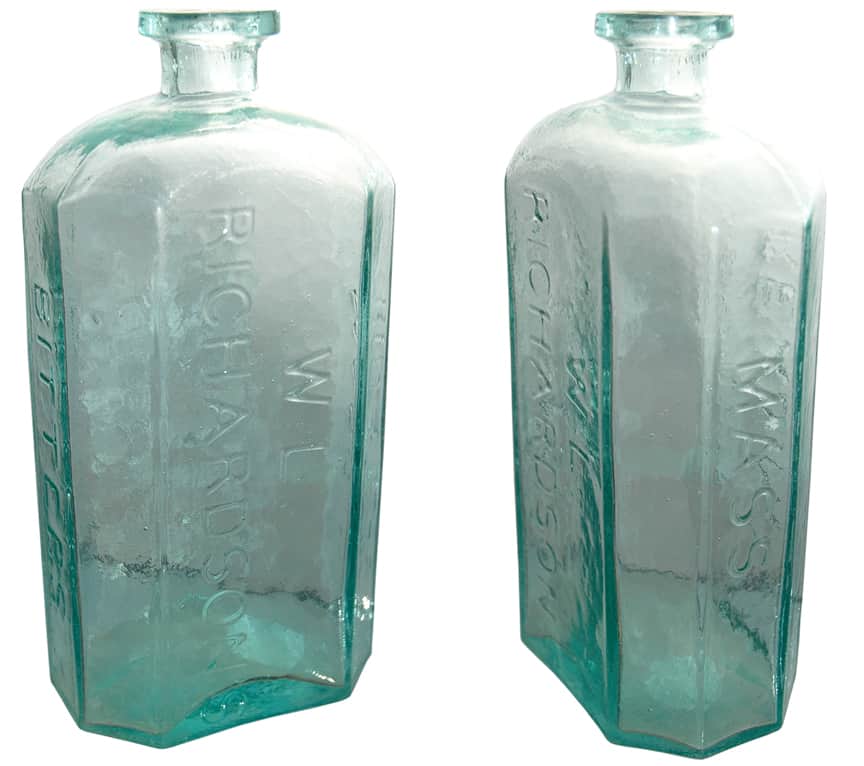 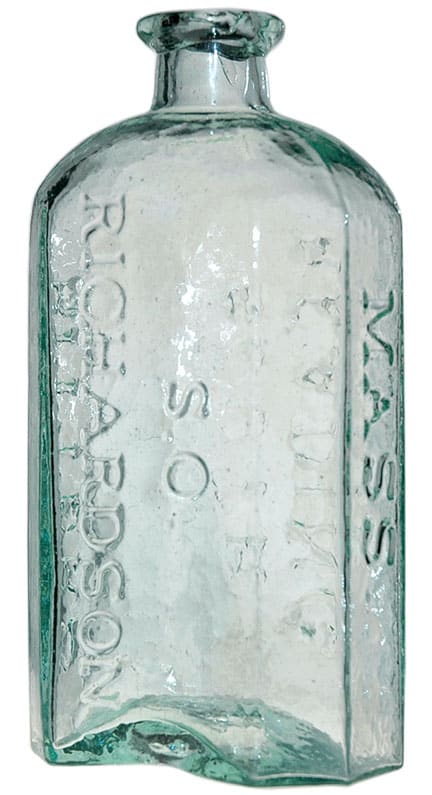 Yesterday I put together a post on the R 57 – S.O. (Solon Osmond) Richardson’s Bitters (pictured to left).

This bottle has an abundance of information. The R 58 – W.L. Richardson’s Bitters is an enigma. My question is,”who is W.L. Richardson?” The bottle was produced a little later then the S.O. Richardson bottle. Was W.L a brother of Solon Osmond or a relative? Was his name Warren, William or Winslow?

I do see a few clues in my online research below. You can watch my progress. You think that I might have better things to do this Friday evening. Not really. Right where I want to be. The Carlyn Ring and W.C. Ham listing in Bitters Bottles is as follows:

Both Solon Osmond and William L. Richardson bottled and sold Sherry-wine bitters, perhaps in partnership. There are collectible bottles with both WL and SO Richardson names in collector’s guides for sale. The bitters were reportedly 47.5% alcohol! Not bad, considering they were also sold during prohibition. Good for what ails you…

There’s an old camp song about Lydia Pinkham, “Let’s drink a drink a drink to Lydia Pink-a-pink-a-pink, the savior of… the human race. She invented medicinal compound, most efficacious, in every case”. (More of the same). Lydia Pinkham’s Vegetable compound was likewise high in alcohol content.

Both are 3rd cousins of mine, descended from John Richardson and Esther Breckk. 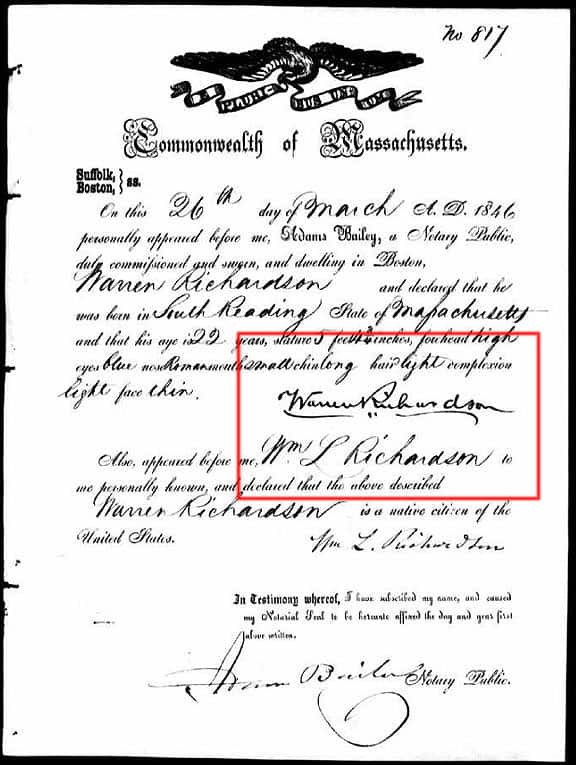 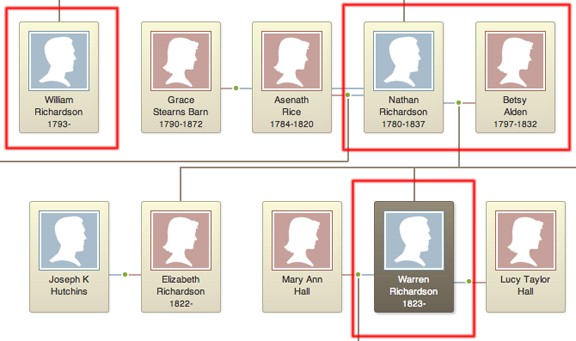 William Richardson brother of Nathan Richardson who was married to Betsy Alden. Son in Warren Richardson. See passport above. Uncle William was a witness.

Conclusion – “Who is W.L. Richardson”

OK, here it how it is shaping out. The “King of Bitters” in the Richardson tree is Dr. Nathan Richardson (1780 – 1837). He was putting out “Richardson’s Sherry Wine Bitters” in a powdered form around the turn of the century. There are probably different shaped bottles out there with some crude labels of this product.

Winslow V. Richardson is the brother of Solon Osmond Richardson. He is a red herring and not the “W.L” on the R 58 – “W.L Richardson’s Sherry Wine Bitters”.

Warren Richardson’s (1823 – ) name is on the passport shown further above that is witnessed by “William L. Richardson”. Warren is listed as a merchant on some census forms. On others a painter. I can not conform his middle initial. Probability 30%.

William L. Richardson (1793 -) is a mystery. He is the brother of Nathan Richardson. I see no wife. This could be his name on the bottle. Probability 70%. 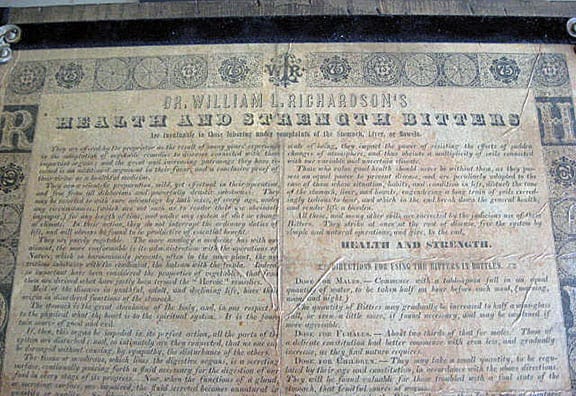 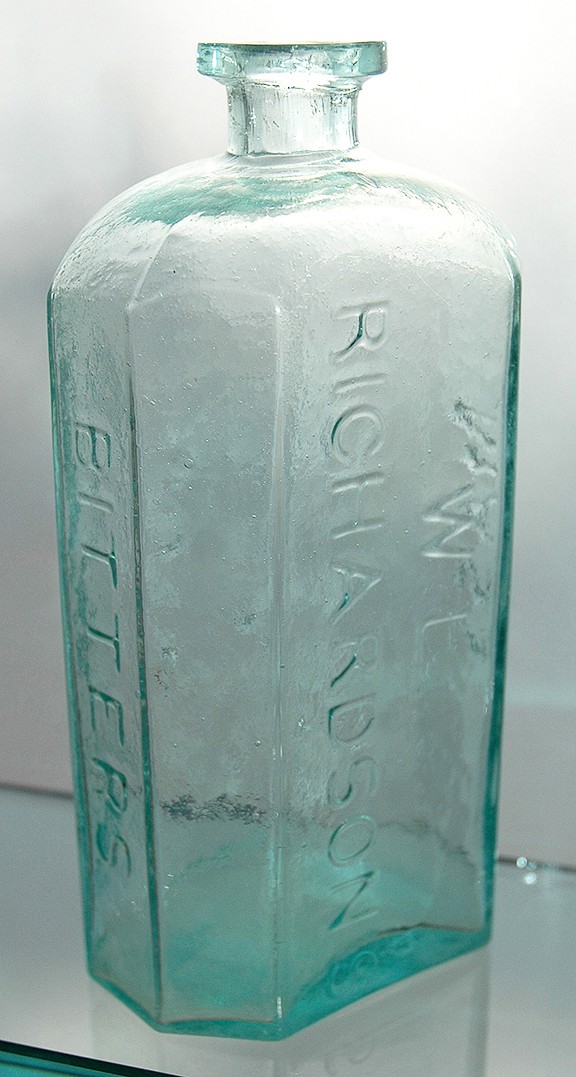 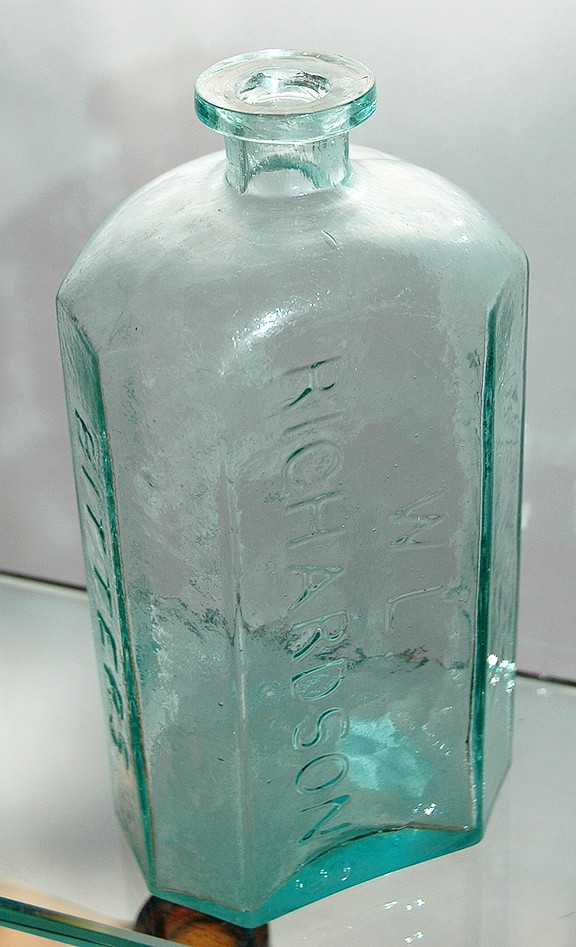 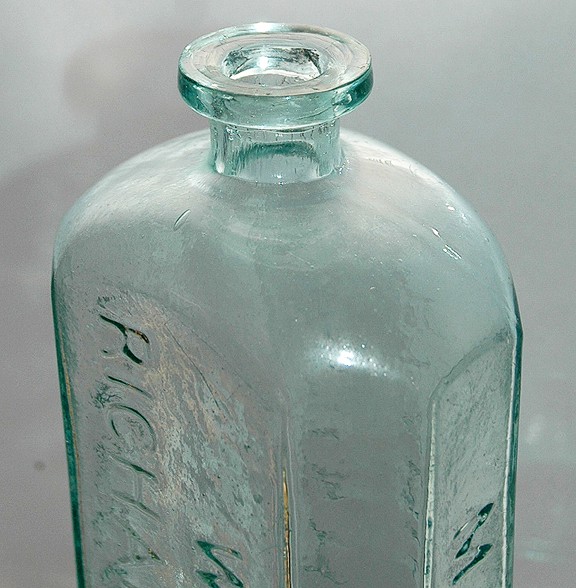 Ferdinand Meyer V is a native of Baltimore, Maryland and has a BFA in Fine Art and Graphic Design from the Kansas City Art Institute and School of Design. Ferdinand is the founding Principal of FMG Design, a nationally recognized design consultation firm. Ferdinand is a passionate collector of American historical glass specializing in bitters bottles, color runs and related classic figural bottles. He is married to Elizabeth Jane Meyer and lives in Houston, Texas with their daughter and three wonderful grandchildren. The Meyers are also very involved in Quarter Horses, antiques and early United States postage stamps. Ferdinand is the past 6-year President of the Federation of Historical Bottle Collectors and is one of the founding members of the FOHBC Virtual Museum.
View all posts by Ferdinand Meyer V →
This entry was posted in Bitters, Holiday, Medicines & Cures, Questions and tagged bitters, Gary Allen Richardson, Lydia Pinkham, Massachusetts, Nathan Richardson, Solon Osmond Richardson, South Reading, W.L. Richardson, Warren Richardson, William L. Richardson, Winslow Richardson. Bookmark the permalink.