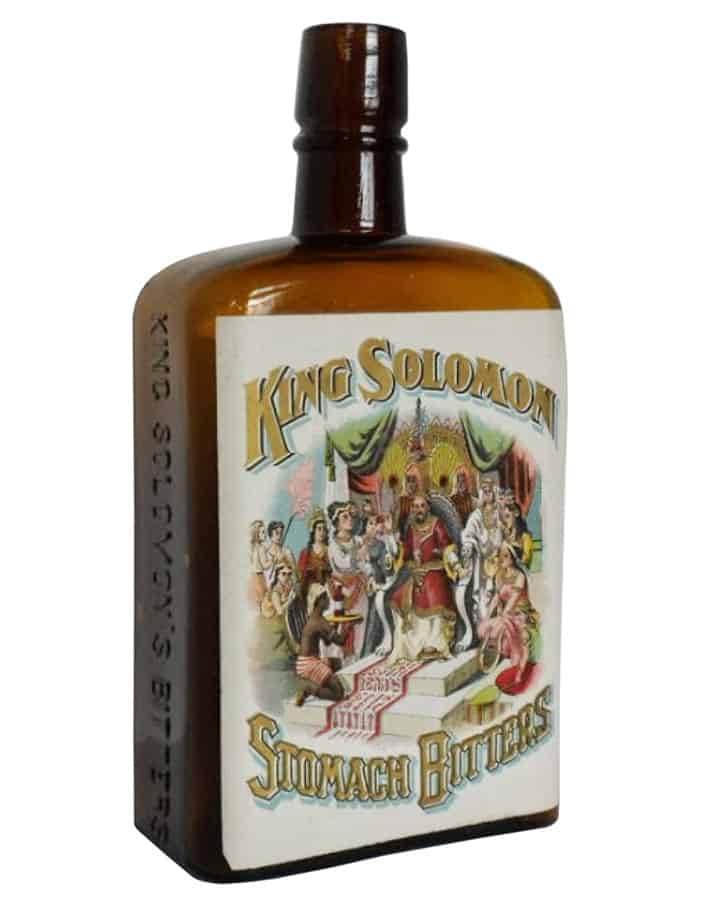 Why not add another “King” bitters to the group with the previous King’s Hop Bitters from England and the King’s 25 Cent Bitters from Rochester, New York. Now we will look at the later, King Solomon’s Stomach Bitters from Seattle, Washington. These bottles are actually fairly hard to come by. I have a nice example and I have seen a few super labeled examples like this one pictured above posted at Western Bitters News. 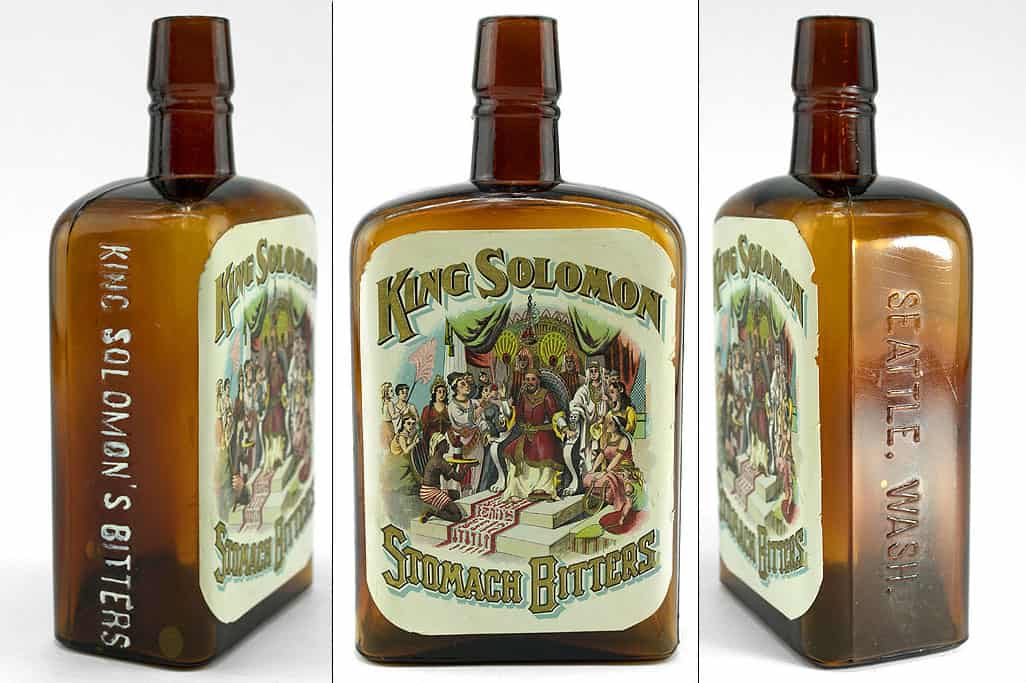 “KING SOLOMON’S BITTERS – SEATTLE, WASH.”, (Ring/Ham, K-49), Washington, ca. 1890 – 1910, amber, 8 1/4”h, smooth base, tooled lip, 98% original label. ighly graphic colorful label showing King Solomon on his throne being attended too by a number of servants and concubines. One servant on his knees is presenting a bottle of Solomon’s Bitters to him. – Glass Works Auctions 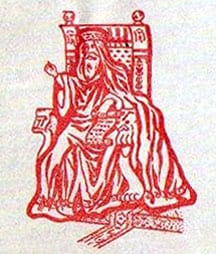 King Solomon’s Bitters was a short-lived brand put out by Solomon Levinson who was born about 1854 in Sweden. He pretty much named the bitters after himself and alluded of course, to King Solomon.

Sol, as he was called, immigrated to the United States in 1873. His wife was named Rosa and his father and mother were born in Germany. In an 1880 Federal Census, he is listed as single and working as a clerk in Stillwater, Minnesota.

In 1907, Solomon, who was now living in Seattle, Washington, patented his stomach bitters and was listed as a manufacturer of medicines after a stretch of time as a traveling salesman and travel agent. The brand must have been sold before this time as an advertisement below is dated 1906. His business address was the same as his home address; 7922 Wallingford Avenue in Seattle. At that time he pretty much lived above his shop and produced a medicine with a 18.09 per cent alcohol by volume. 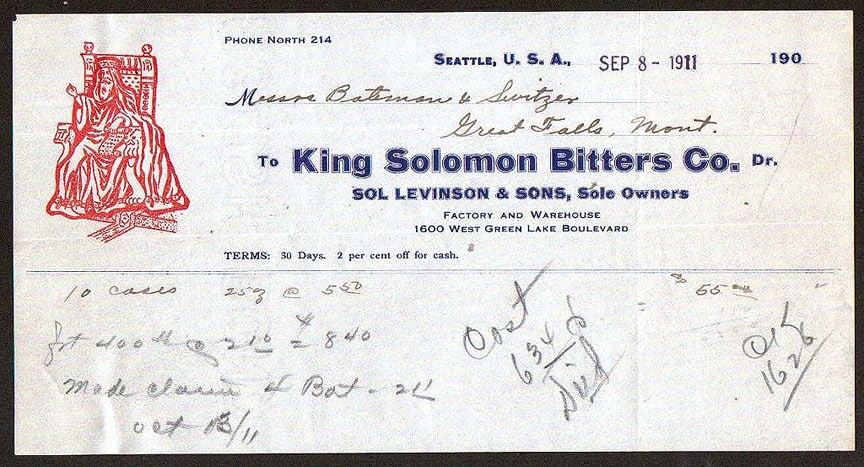 In 1911, there is a letterhead (see above) showing the business name as King Solomon’s Bitters Company, Sol Levinson & Sons with a factory and warehouse at 1600 West Green Lake Boulevard in Seattle. By this time, his two sons, Irving M. and Moses M., had joined the business. There was also a daughter, Henrietta. 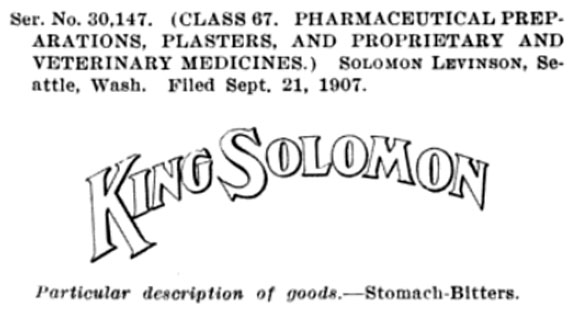 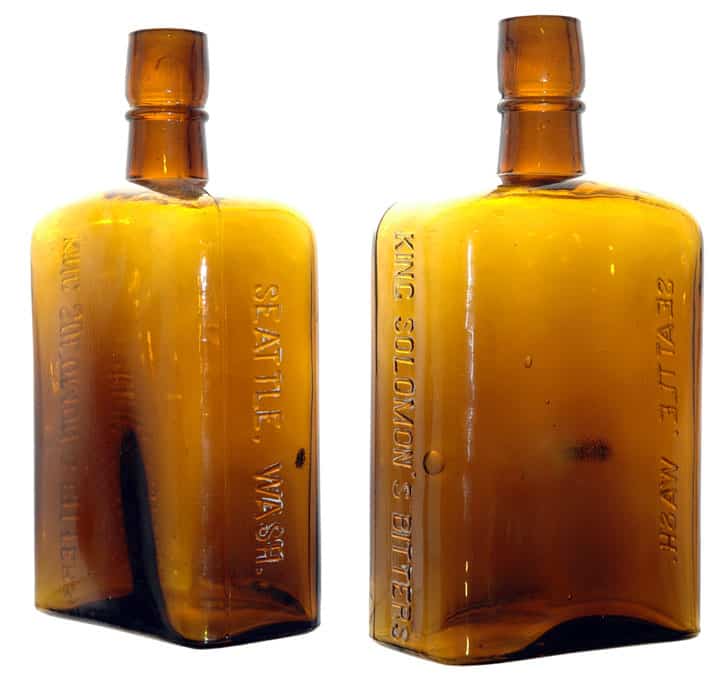 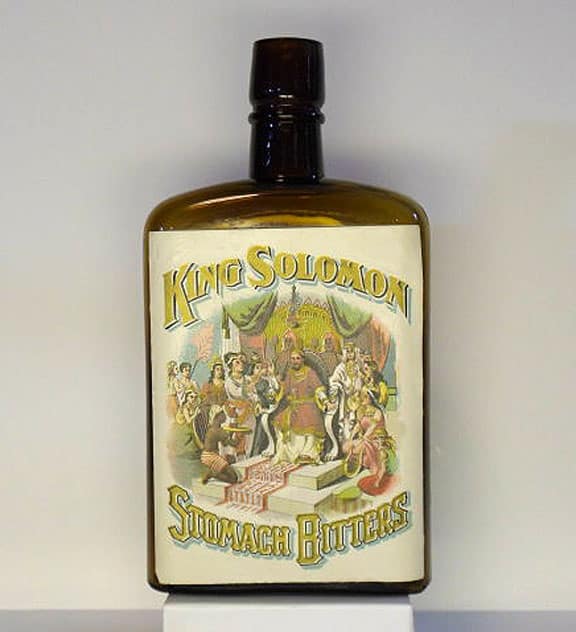 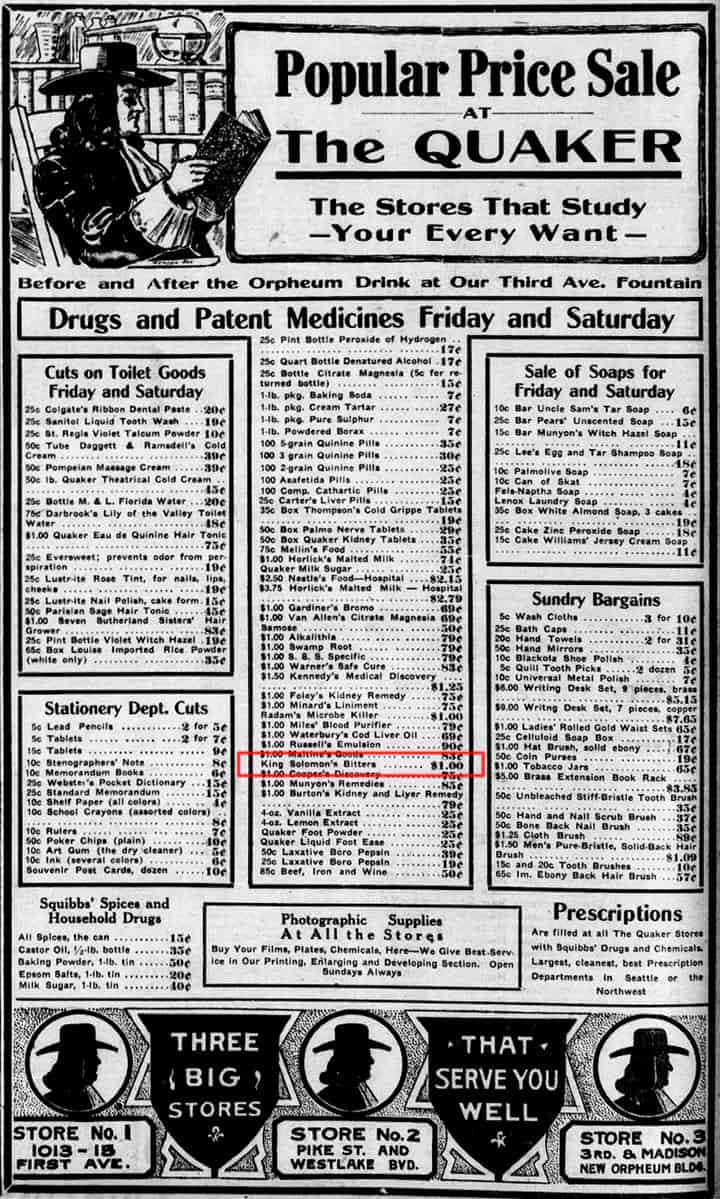 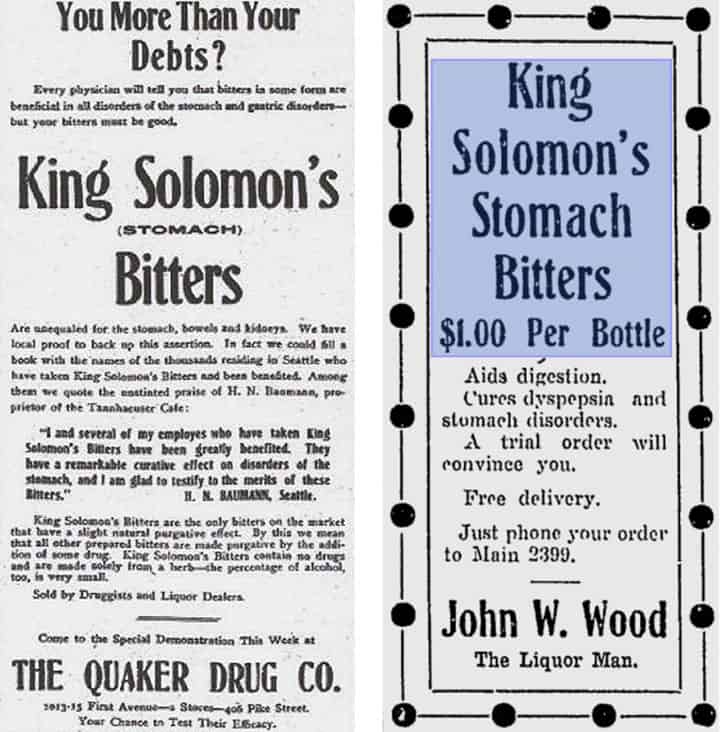 Ferdinand Meyer V is a native of Baltimore, Maryland and has a BFA in Fine Art and Graphic Design from the Kansas City Art Institute and School of Design. Ferdinand is the founding Principal of FMG Design, a nationally recognized design consultation firm. Ferdinand is a passionate collector of American historical glass specializing in bitters bottles, color runs and related classic figural bottles. He is married to Elizabeth Jane Meyer and lives in Houston, Texas with their daughter and three wonderful grandchildren. The Meyers are also very involved in Quarter Horses, antiques and early United States postage stamps. Ferdinand is the past 6-year President of the Federation of Historical Bottle Collectors and is one of the founding members of the FOHBC Virtual Museum.
View all posts by Ferdinand Meyer V →
This entry was posted in Advertising, Bitters, Collectors & Collections, Druggist & Drugstore, History, Liquor Merchant, Medicines & Cures and tagged bitters, Germany, king, Levinson, Quaker, Rosa, Seattle, Sol, Solomon, Stomach, Washington, wicker, wood. Bookmark the permalink.