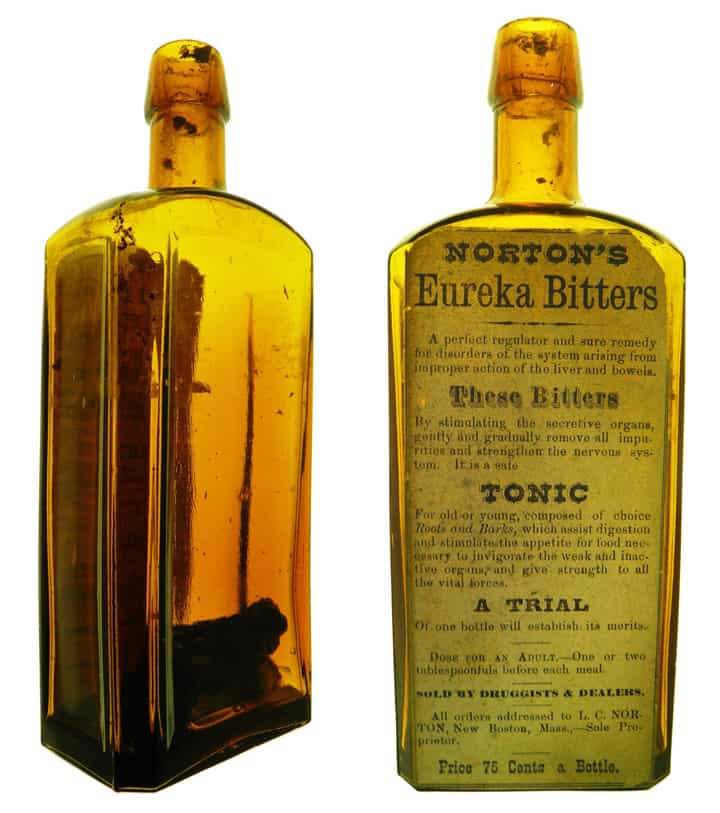 Daniel Baldwin put up these killer pictures of a labeled Norton’s Eureka Bitters (top and below) today on Facebook. I wasn’t familiar with the brand but found out the following:

Lyman Curtiss Norton was born in Otis, Massachusetts on 14 January 1822. Otis is a small town in Berkshire County. It is part of the Pittsfield, Massachusetts Metropolitan Statistical Area. The population was 1,365 at the 2000 census [Wikipedia].

His occupations are listed throughout his life as commercial traveler, laborer, farmer, traveling salesman, peddler and eventually a proprietor.

I get a lonely feeling looking up information for this man as I see no real business like a drug store or title like a physician. His occupations are listed throughout his life as commercial traveler, laborer, farmer, traveling salesman, peddler, merchant and eventually a proprietor. I picture him going from door to door most of his life trying to sell any possible thing he could. At one point around 1880 he turns into a proprietor and manufacturer of Mrs. Murphy’s Liniment and Eureka Bitters. This was his zenith and eureka moment I suppose. Four years later he dies of heart failure.

Mr. Norton spent most of his life in Sandisfield, Berkshire County, Massachusetts. I have no clue why he put ‘New Boston’ on his labels.

On his tombstone he has the phrase “I Still Live”. Well Mr. Norton, you do my friend “still live”. We have found your bottle and remember your effort. 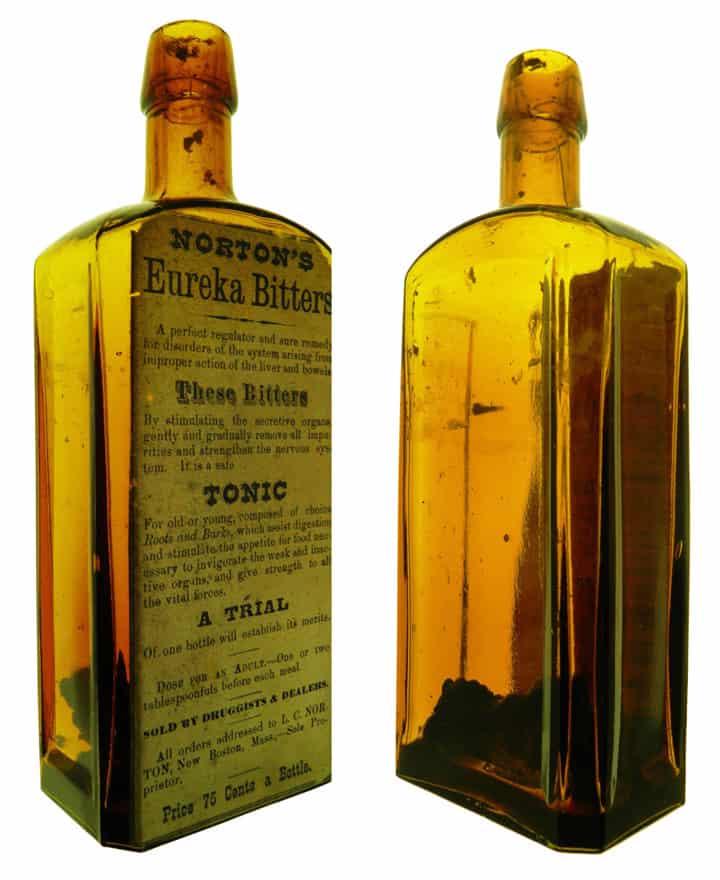 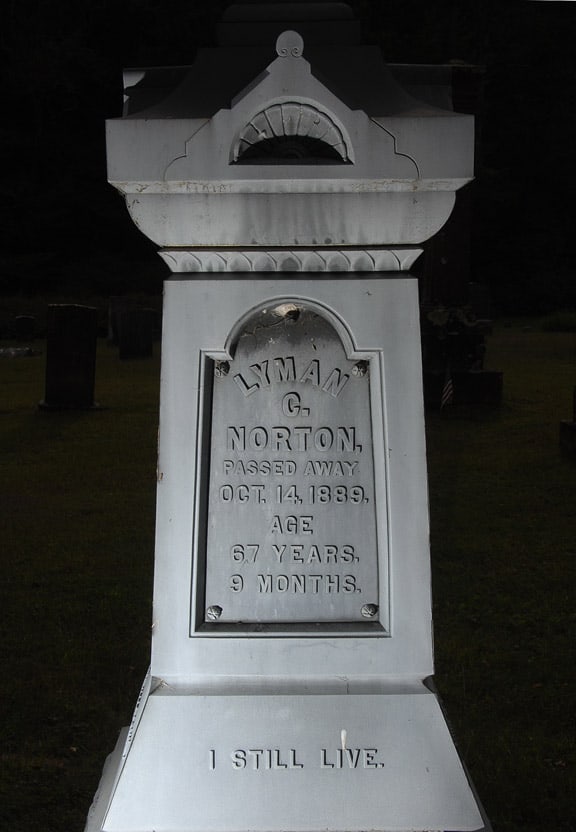 Ferdinand Meyer V is a native of Baltimore, Maryland and has a BFA in Fine Art and Graphic Design from the Kansas City Art Institute and School of Design. Ferdinand is the founding Principal of FMG Design, a nationally recognized design consultation firm. Ferdinand is a passionate collector of American historical glass specializing in bitters bottles, color runs and related classic figural bottles. He is married to Elizabeth Jane Meyer and lives in Houston, Texas with their daughter and three wonderful grandchildren. The Meyers are also very involved in Quarter Horses, antiques and early United States postage stamps. Ferdinand is the past 6-year President of the Federation of Historical Bottle Collectors and is one of the founding members of the FOHBC Virtual Museum.
View all posts by Ferdinand Meyer V →
This entry was posted in Bitters, Facebook, History, Milk & Creamers, Tonics and tagged bitters, Boston, Curtiss, Daniel Baldwin, Eureka, Lyman, Massachusetts, Norton, Otis, peddler, Pittsfield, Tonic. Bookmark the permalink.