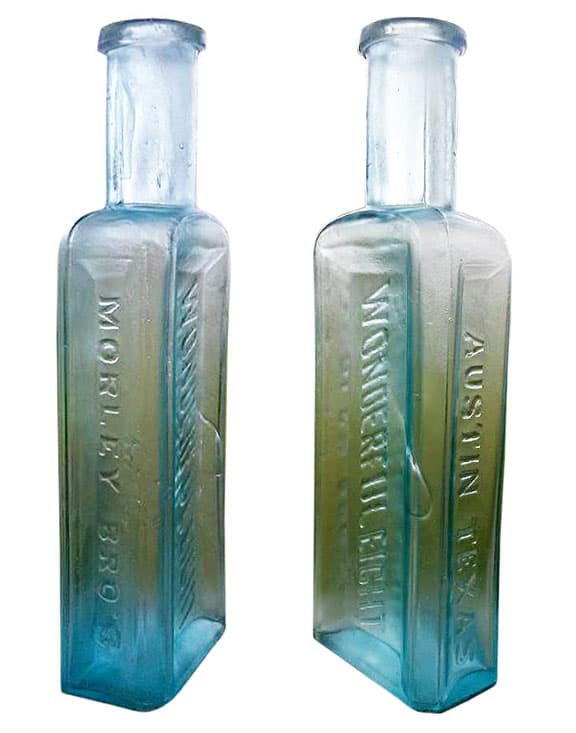 I like to stay in touch with my bottle friend, Brad Seigler, another Texan, in his pursuit of great and elusive Texas medicine and drug store bottles. We see each other once a year at the Houston Bottle Show (this state is big) and he has been out to Peach Ridge a few times. I have been learning a lot about Texas bottles which seem to anchor me in Houston. Last night I saw a post by Brad on facebook with his newest drug store bottle. “Wonderful Eight” by the Morley Brothers from Austin, Texas.

“Here is a nice one I picked up this week, a “WONDERFUL EIGHT, MORLEY BRO’S,  AUSTIN TEX” bottle. This one is the crudest of the four examples of the Texas versions I have come across, and by far, the nicest. The history of the Morley Brothers is very interesting. David Cole has the two rarest of all Morley meds from Austin (see picture further below). They are both huge meds made like bulls sarsaparilla bottles, and contained Buchu Gin for the Kidneys.” 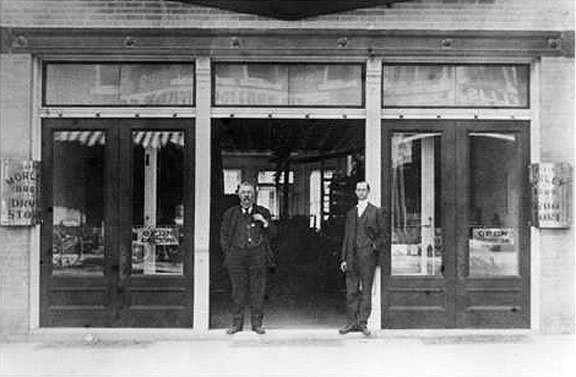 The Morley Brothers founded their wholesale and retail drug house in Austin, Texas in 1874. Their address was 206 E. Sixth Street. They were also manufacturers of patent medicines. S. K. Morley resided and took care of the business in Austin while his brother, W. J. Morley lived in St. Louis and managed the house and laboratory. Both were born in Indiana (S.K – abt 1845 and W.J. abt 1848). Both parents were from England. 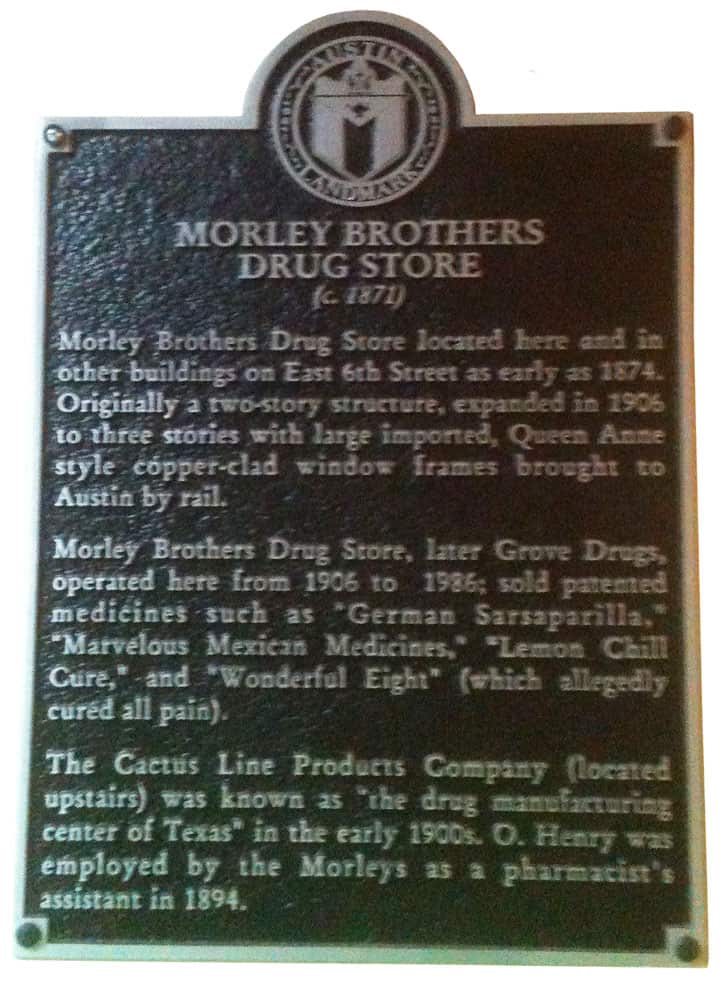 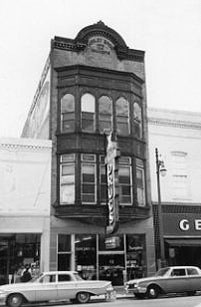 In the early 80s, Grove Drugs (see left picture) closed its doors after 100 years of operation, leaving the future of the building up in the air. It was redeveloped in 1998. Ever since, the owners of the building have been leasing it to office and retail companies. Besides being old, the Grove Drug Store building has some really cool design, such as glass tiles in the sidewalk, for example. There are also stained glass windows commemorating the establishment of the original Morley Brothers druggists back in 1874. The author O. Henry once lived in Austin and worked briefly as a pharmacist’s assistant at the Morley Brothers in 1894. The store was renamed from Morley Brothers to Grove Drug Store in the 1930s. 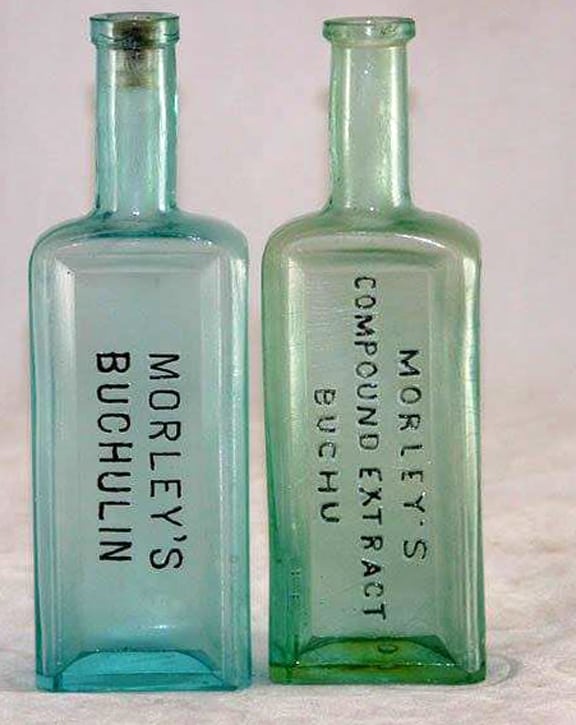 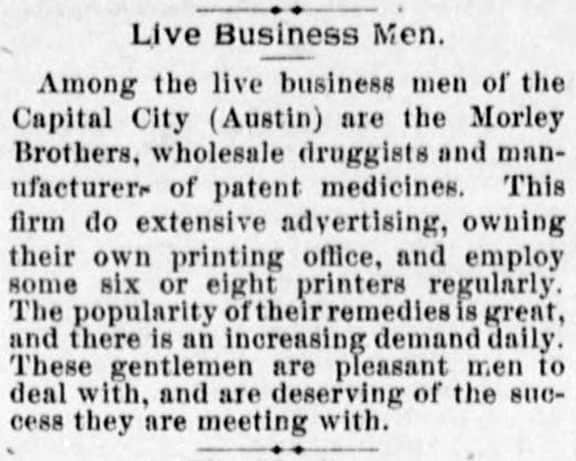 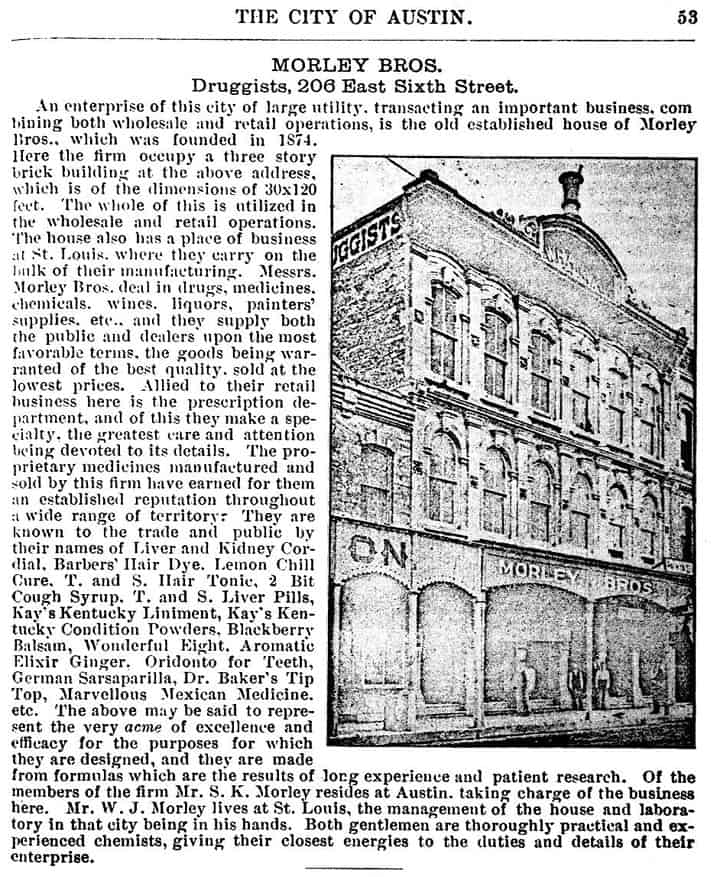 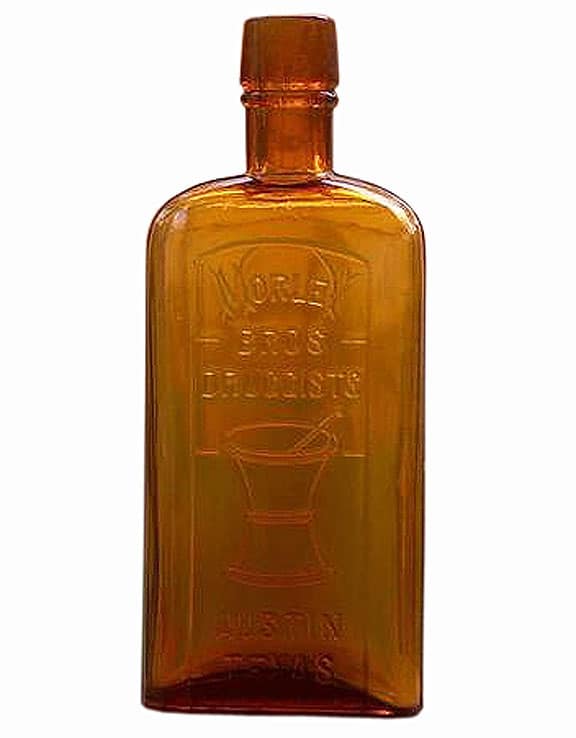 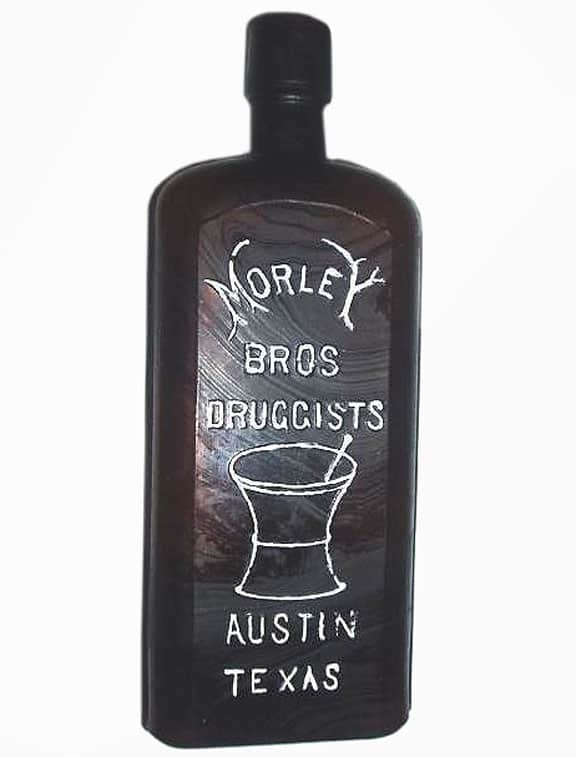 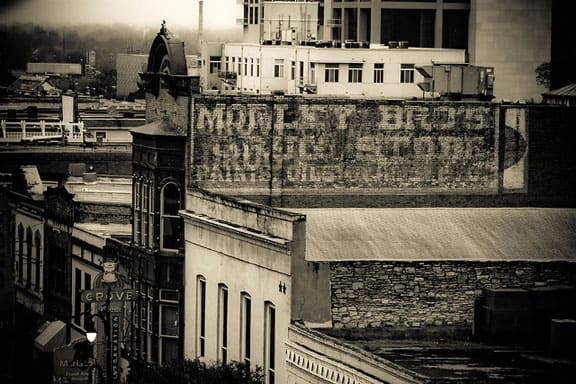 Grove Drugstore on 6th Street was an Austin landmark for many years. It’s lighted facade was a novelty in its day and drew a crowd. However the drugstore’s history goes back further than when Vernon Grove bought the business in 1933. The Morley Brothers set up shop at this location in 1871. By 1933 painted brick signage must have been passe since Grove left the signage that is still visible today from the street. One can still make out the faded graphics. Grove didn’t paint over the old Morley sign up front, but he did have this painted at the back of the building. The name, “Morley Bros. Drug Store”, and at least one of their products listed below, oils. There is a similar sign on the opposite side of the building that is harder to see because the adjoining building is taller that its neighbor on this side. – Austin Explorer 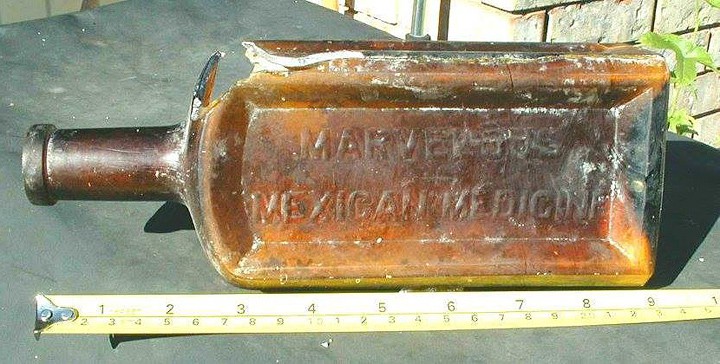 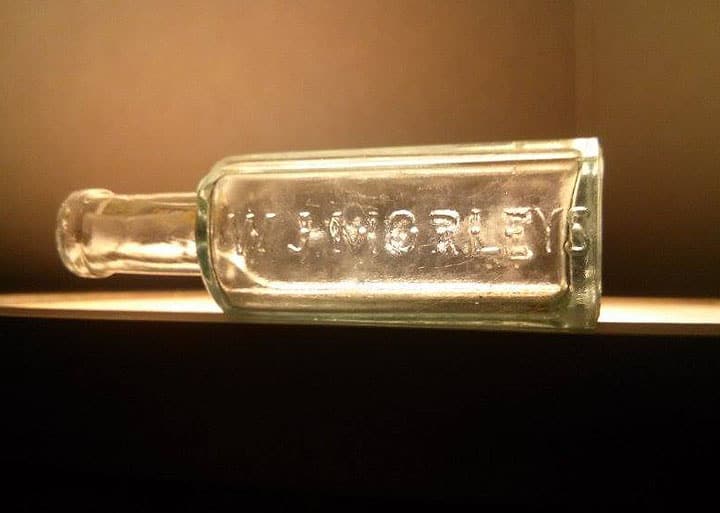 Ferdinand Meyer V is a native of Baltimore, Maryland and has a BFA in Fine Art and Graphic Design from the Kansas City Art Institute and School of Design. Ferdinand is the founding Principal of FMG Design, a nationally recognized design consultation firm. Ferdinand is a passionate collector of American historical glass specializing in bitters bottles, color runs and related classic figural bottles. He is married to Elizabeth Jane Meyer and lives in Houston, Texas with their daughter and three wonderful grandchildren. The Meyers are also very involved in Quarter Horses, antiques and early United States postage stamps. Ferdinand is the past 6-year President of the Federation of Historical Bottle Collectors and is one of the founding members of the FOHBC Virtual Museum.
View all posts by Ferdinand Meyer V →
This entry was posted in Collectors & Collections, Cordial, Digging and Finding, Druggist & Drugstore, Hair Tonics, History, Medicines & Cures and tagged austin, Brad Seigler, Brothers, Buchu, David Cole, Druggist & Drugstore, drugs, Grove, Marvelous, Morley, O. Henry, S. K. Morley, T-X-S, texas, W. J. Morley, Wonderful Eight. Bookmark the permalink.