Our Most Celebrated Alpine Stomach Bitters 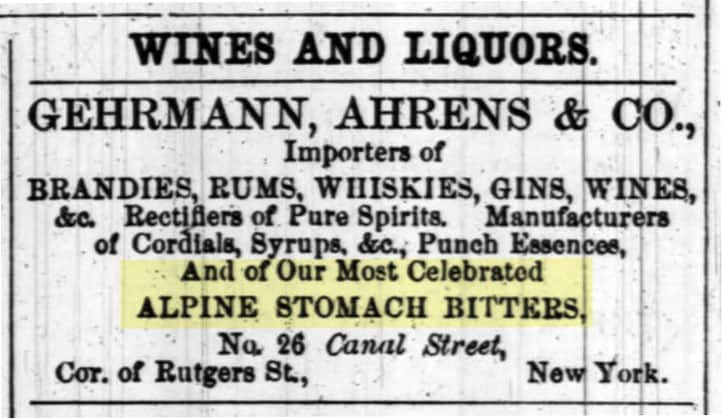 “Our Most Celebrated” Alpine Stomach Bitters

Good grief, this is a tough one. All I can find is a Ludwig Gehrmann and a John Ahrens in New York City in and around 1865. They represented Gehrmann, Ahrens & Co., who put out “Our Most Celebrated” Alpine Stomach Bitters. They were located on 26 Canal Street in the heart of lower Manhattan. The stories surrounding this neighborhood are amazing.

This is not about the Alpine Herb Bitters represented by Thomas Taylor Company from San Francisco in 1888 nor the Alpine Bitters put out by Kornemann & Co. in New York in 1869. Another Alpine Bitters! And yes, I am aware of the E. Widemann “Alpine Stomach Bitters“. Stay tuned on that one. 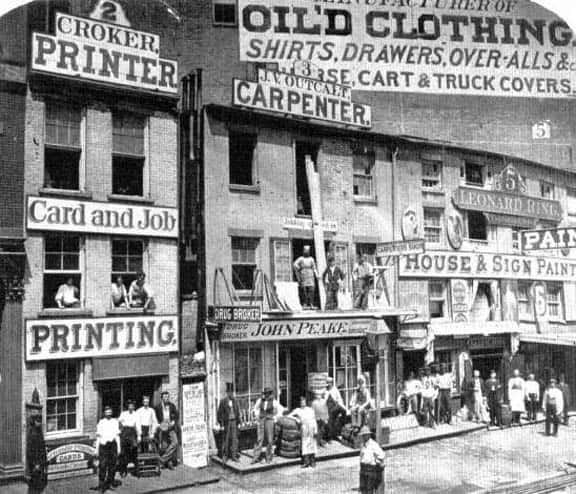 EXPLOSION IN RUTGERS-STREET. — At about 8 o’clock yesterday morning a copper-still exploded in Mr. LUDWIG GEHRMANN‘s rectifying establishment, at Nos. 2 Rutgers and 26 Canal-streets, and THEODORE HUNGER, of Division-street, and JOHN ENGLER, were severely cut, bruised and scalded. Mr. HUNGER was taken home, and a policeman removed ENGLER to Bellevue Hospital. Mr. GEHRMANN has $6,500 insurance against fire in the New-Amsterdam office. He estimates his loss at $150. – New York Times – July 19, 1865 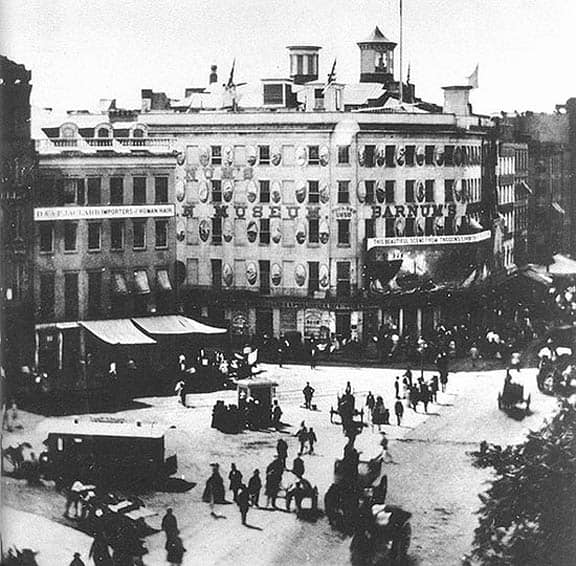 Canal Street takes its name from a canal that was dug in the early 19th century to drain a contaminated and disease-ridden Collect Pond into the Hudson River. The pond was filled in 1811, and Canal Street was completed in 1820 following the angled path the canal had. 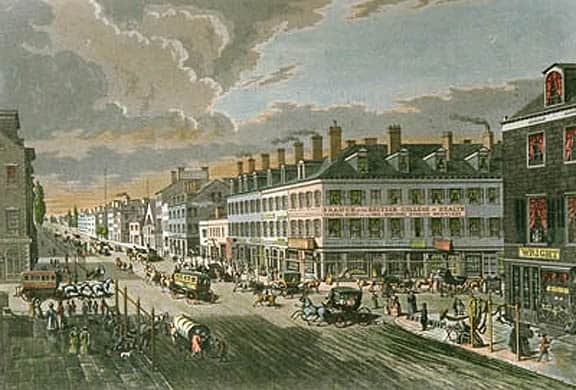 Losing some of its charm for sure, 26 Canal Street today. 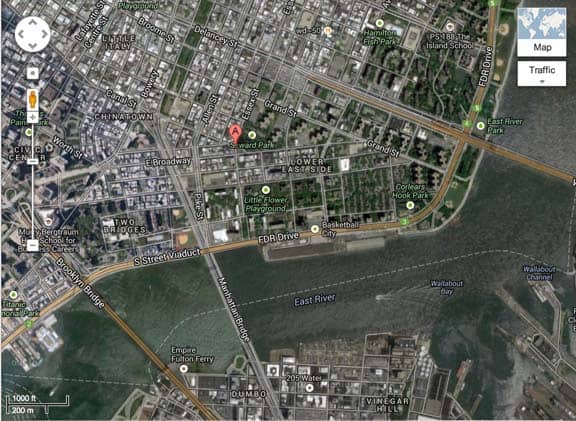 Ferdinand Meyer V is a native of Baltimore, Maryland and has a BFA in Fine Art and Graphic Design from the Kansas City Art Institute and School of Design. Ferdinand is the founding Principal of FMG Design, a nationally recognized design consultation firm. Ferdinand is a passionate collector of American historical glass specializing in bitters bottles, color runs and related classic figural bottles. He is married to Elizabeth Jane Meyer and lives in Houston, Texas with their daughter and three wonderful grandchildren. The Meyers are also very involved in Quarter Horses, antiques and early United States postage stamps. Ferdinand is the past 6-year President of the Federation of Historical Bottle Collectors and is one of the founding members of the FOHBC Virtual Museum.
View all posts by Ferdinand Meyer V →
This entry was posted in Bitters, History, Liquor Merchant, Spirits, Wine & Champagne and tagged Ahrens, Alpine, Barnum, bitters, Canal, Collect Pond, Distiller, Gehrmann, New York, rectifying. Bookmark the permalink.