Starting at the “Bottom” – The English Royal Privy 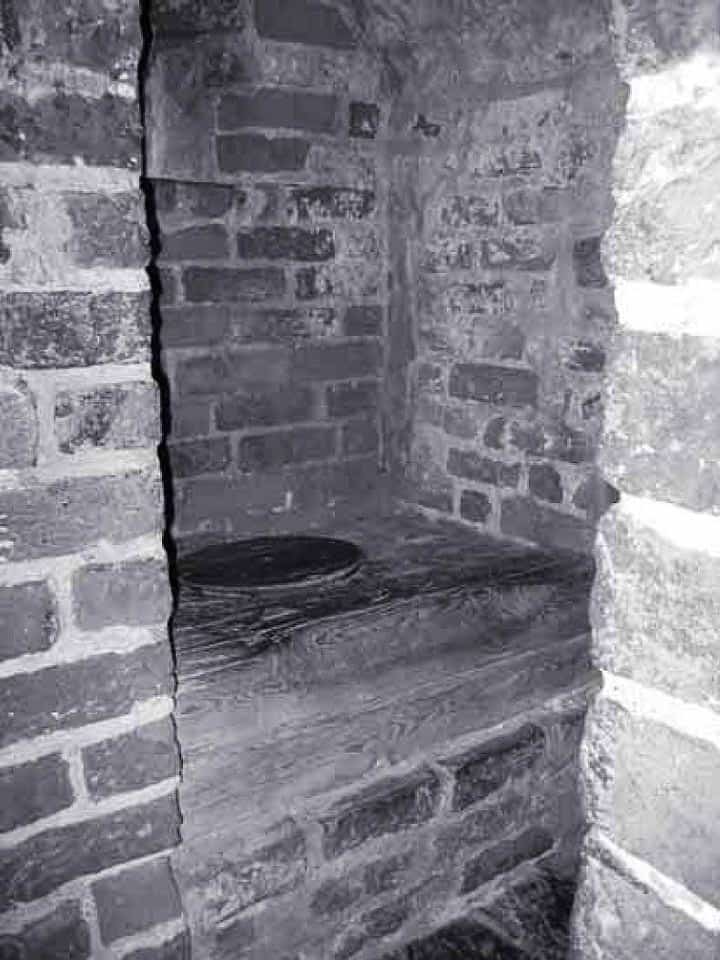 The privy and privy chamber were under the control of a minor official called the Groom of the Stool, or stole.

STARTING AT THE ”BOTTOM”

English Castles of the middle ages usually had at least one, and often several privies attached. The privy was usually a small cell with a seat complete with the usual hole. By the latter part of the Middle Ages the privy was a shaft that led to a drain, other times the “Royal Ejecta” dropped directly into the moat, or the slope outside of the Castle walls.

The slang of the day referred to the privies as: privy, privy chamber, and privy house. They were also called withdraught, garderobe, jake, necessary, and gong.

In the royal houses the privy chamber appears to have developed as the room between the great chamber, where the King slept, and his privy. It is believed it was used by the King to prepare himself for the privy. The term “privy chamber” came to refer to both the privy and the room used to access it.

The great chamber was under the control of an important official called the Chamberlain. The privy and privy chamber were under the control of a minor official called the Groom of the Stool, or stole. When the bed of the King was moved out of the great chamber into the next room, the term privy chamber was still used to refer to the room. The Groom of the Stool was still in charge of the room.

Sometime around the late 1500’s, caused by a series of changes to the layout of palaces, the King’s bed was removed from the Privy Chamber. The room became a private dining and reception room, beyond this was a series of private suites, known as the privy lodgings.

The “Groom of the Stool” remained in charge of the of the entire operation. From the Privy House to the Penthouse! A real British success story of the Middle Ages.

Ferdinand Meyer V is a native of Baltimore, Maryland and has a BFA in Fine Art and Graphic Design from the Kansas City Art Institute and School of Design. Ferdinand is the founding Principal of FMG Design, a nationally recognized design consultation firm. Ferdinand is a passionate collector of American historical glass specializing in bitters bottles, color runs and related classic figural bottles. He is married to Elizabeth Jane Meyer and lives in Houston, Texas with their daughter and three wonderful grandchildren. The Meyers are also very involved in Quarter Horses, antiques and early United States postage stamps. Ferdinand is the past 6-year President of the Federation of Historical Bottle Collectors and is one of the founding members of the FOHBC Virtual Museum.
View all posts by Ferdinand Meyer V →
This entry was posted in Digging and Finding, History, Humor - Lighter Side and tagged castle, Chamberlain, English, king, Mark Girouard, privies, privy, Privy Chamber, Reginald Shoeman. Bookmark the permalink.