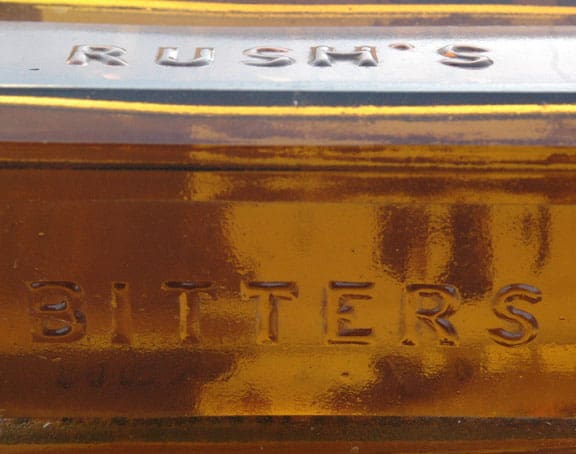 In looking at the Dr. D. Jayne’s Almanac’s, I came across a few wonderful Rush’s almanacs that made me think and wonder a bit about my Rush’s Bitters put out by A. H. Flanders in New York. I honestly had no idea the “Rush” was Benjamin Rush, one of the signers of our Declaration of Independence. Once again, every bottle has a story. Benjamin Rush (January 4, 1746 [O.S. December 24, 1745] – April 19, 1813) was a Founding Father of the United States. Rush lived in the state of Pennsylvania and was a physician, writer, educator, humanitarian, as well as the founder of Dickinson College in Carlisle, Pennsylvania. His name is represented on the Rush’s Bitters bottle.

Rush signed the Declaration of Independence and attended the Continental Congress. He served as Surgeon General in the Continental army, and was blamed for criticising George Washington. Later in life, Rush became a professor of chemistry, medical theory, and clinical practice at the University of Pennsylvania.

As an Enlightenment intellectual, he was committed to organizing all medical knowledge around explanatory theories, rather than rely on empirical methods.

Rush was a leader of the American Enlightenment, and an enthusiastic supporter of the American Revolution. As mentioned, he signed the Declaration of Independence, and was a leader in Pennsylvania’s ratification of the Constitution in 1788. He was prominent in many reforms, especially in the areas of medicine and education. He opposed slavery, advocated free public schools, and sought improved education for women and a more enlightened penal system. As a leading physician, Rush had a major impact on the emerging medical profession. As an Enlightenment intellectual, he was committed to organizing all medical knowledge around explanatory theories, rather than rely on empirical methods. Rush argued that illness was the result of imbalances in the body’s physical system and was caused by malfunctions in the brain. His approach prepared the way for later medical research, but Rush himself undertook none of it. He promoted public health by advocating clean environment and stressing the importance of personal and military hygiene. His study of mental disorder made him one of the founders of American psychiatry.

His chief accomplishment as a physician was in the practice of bleeding the patient.

His chief accomplishment as a physician was in the practice of bleeding the patient. It was said that he considered bleeding to be a cure for nearly any ailment. Even when the practice began to decline, he refused to reconsider the dangers of it. He died at the age of 68 at his home in Philadelphia, the most celebrated physician in America. [Wikipedia & US History.org]

Abraham Hilliard Flanders (1827 – 1897) was born in Cambridge, Massachusetts on 27 September 1827 to Thomas Flanders and Ann Hilliard. Abraham married Georgianna B. Tappan and had a daughter Grace. A.H. Flanders passed away on 10 November 1897 in Morristown, New Jersey. Abraham studied at Harvard Medical College and graduated from Union College. Flanders practiced primarily in New York City and built a house on Fort Nonsense, Morristown, New Jersey, where he died.

In 1866, Dr. A. H. Flanders would relocate to Boston, Massachusetts from Cambridge where he would start bottling a line of medical formulas said to be handed down from Benjamin Rush. He simply called his primary brand Rush’s Bitters which was 35% of alcohol by volume (see chart below). By 1869, Dr. Flanders would move his operation to 727 Broadway in New York and then to No. 3 Rutherford Place, Stuyvesant Square, N.Y. The bitters and medicines that he produced would bare the name Rush’s embossed on the bottles and packages, capitalizing from Benjamin Rush’s fame. Along with Rush’s Bitters there was Rush’s Pills, Rush’s Sarsaparilla and Iron, Rush’s Sarsaparilla and Buchu, Rush’s Vegetable Pain Cure, Rush’s Lung Balm, Rush’s Restorer, Rush’s Female Remedy, Rush’s Catarrh Remedy, Rush’s Fever and Ague Compound, Rush’s Acoustic Oil, Rush’s Cream Liniment and Rush’s Syrup. There were others who would use the name Rush but Dr. A. H. Flanders was the most successful. Dr. Flanders would publish Rush’s Almanac and Guides to Health. He was listed in drug catalogs up to 1894 and advertisements till 1907. (Reference Bottle Pickers) 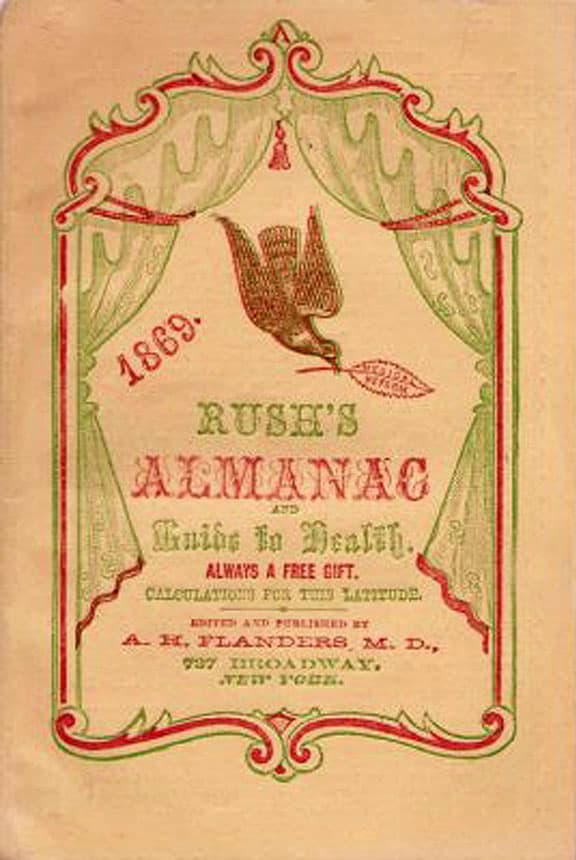 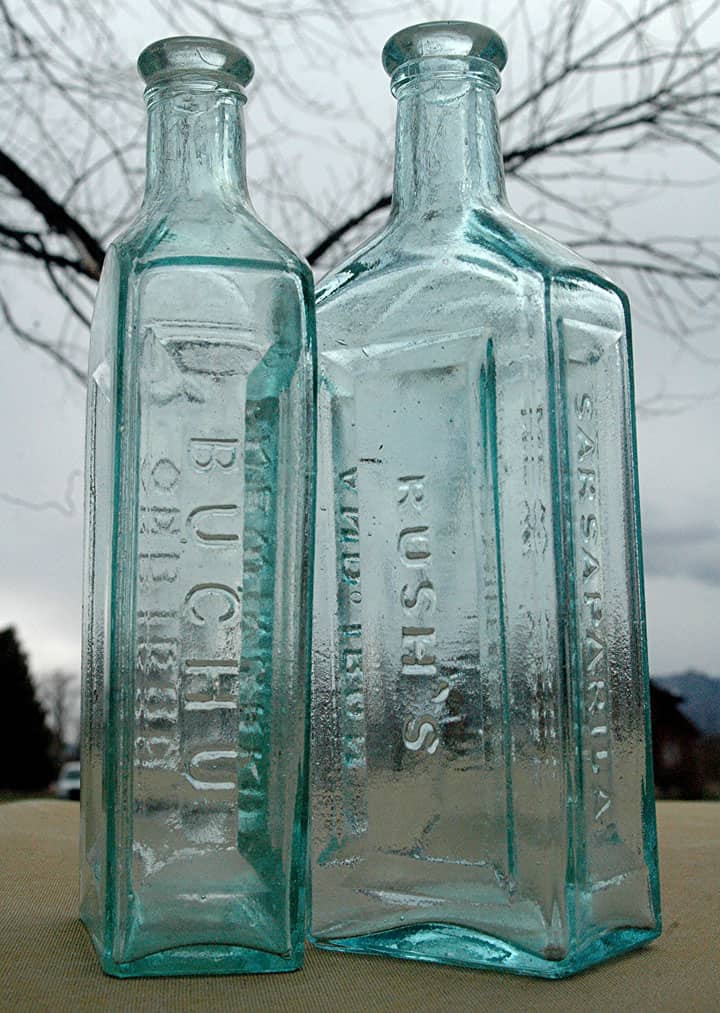 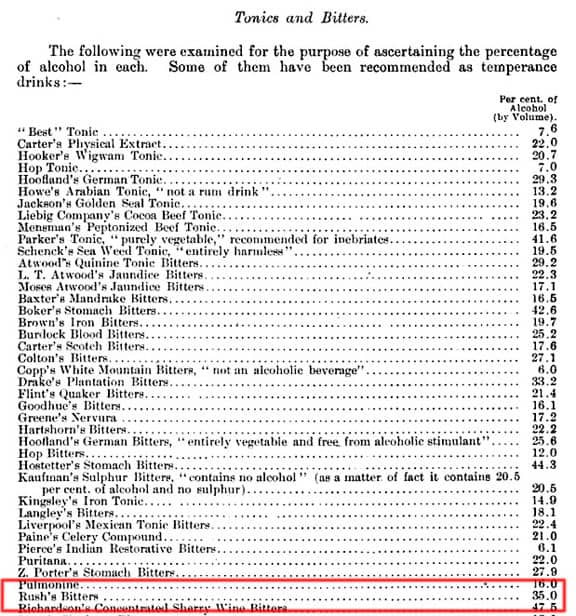