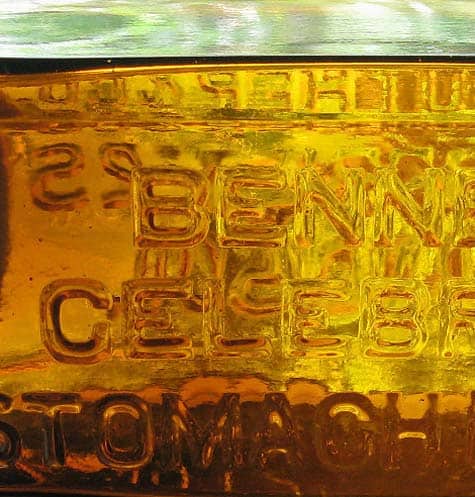 A number of us were watching the western Bennet’s Celebrated Stomach Bitters from San Francisco that closed on ebay the other day. This is a wonderful bottle and I am sure the new owner will be happy. Note that the top, and next images are from the ebay post. A third image is also from the ebay sale and is captioned further below. The name Bennet’s and Bennett’s is frequent in Bitters but are not related.

The ebay description for the Bennet’s Celebrated Stomach Bitters is as follows:

Here is a tough western square! This golden amber applied top bitters has a ton of embossing. “Bennet’s Celebrated Stomach Bitters, Jos. N. Souther & Co. Sole Proprietors, San Francisco” The “R”s are curved indicative of Pacific Glass Works. The condition is a sparkling gem with one light scratch and that is it. Pristine western glass! I am thinning out a few duplicates and therefore this example is being made available. It is so tough to turn loose of any good western bitters as they are rarely available for sale. This is a top example. Buyer to pay $10.85 postage in the continental US. Good Luck! westernglassaddict $521.99

[From Warren Friedrich] Henry W. Bennet was a syrups and cordial manufacturer in S.F. His two bitters recipes were used by two business men named Chenery and Souther who put out two different bitters products.

There is also an earlier variant that is listed below. I have not seen this bottle nor do I have a good close-up picture. There is an example posted at the bottom of this post.

Example found on the surface of Mount Rose near Reno

Note: Example found on the surface of Mount Rose near Reno.

The firm of Chenery, Souther & Co. was dissolved in San Francisco on August 1, 1874. Joseph N. Souther then became the sole remaining partner. Richard Chenery had a long and notable career in San Francisco, being an early pioneer. He arrived in San Francisco on the Brig Acadian on August 14, 1849. Chenery was born in Montague, Franklin County, MA in 1817 and became one of the many who rushed for California gold. His wife was the daughter of the former governor of Maine, William G. Crosby.

By 1852 he became a successful business man and was an Alderman of the City of Sacramento, California. Offered the job of Mayor, he declined. He was, however, elected Treasurer. He soon became the head of a number of successful businesses in San Francisco and in 1861 he was one of the mounted guards who escorted President Lincoln to the Capitol at the time of his inauguration. Shortly thereafter, Chenery was appointed U.S. Naval Agent for the Port of San Francisco. When his term ended in 1865 Chenery entered into partnership with Joseph N. Souther as a wholesale liquor dealer. After terminating that partnership in 1874 he invested heavily in mining but returned to the East Coast in 1880, where he remained until his death in Belfast, Maine, on July 27, 1890. Much more can be said of Chenery, but this is the short version. 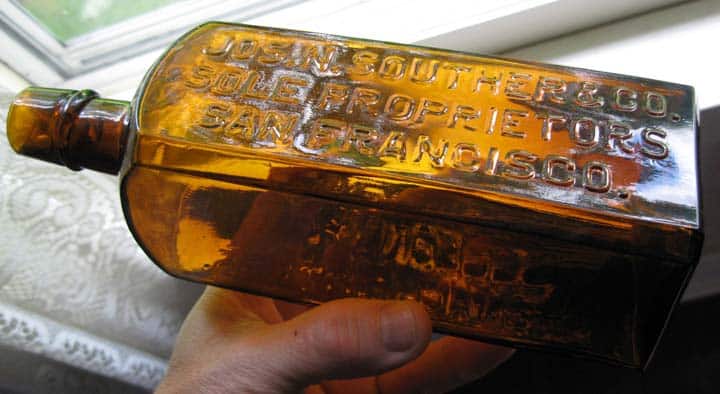 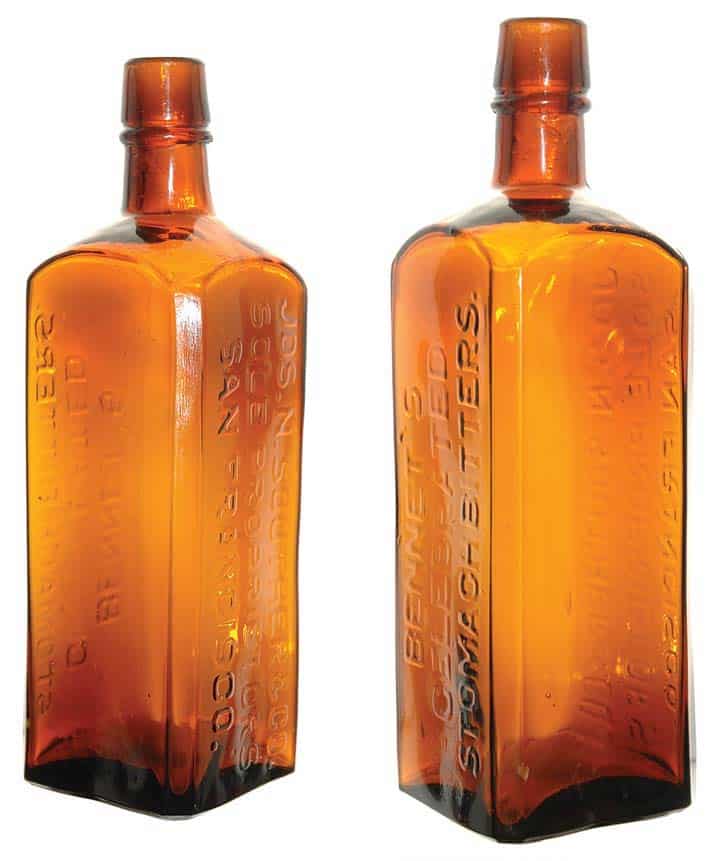 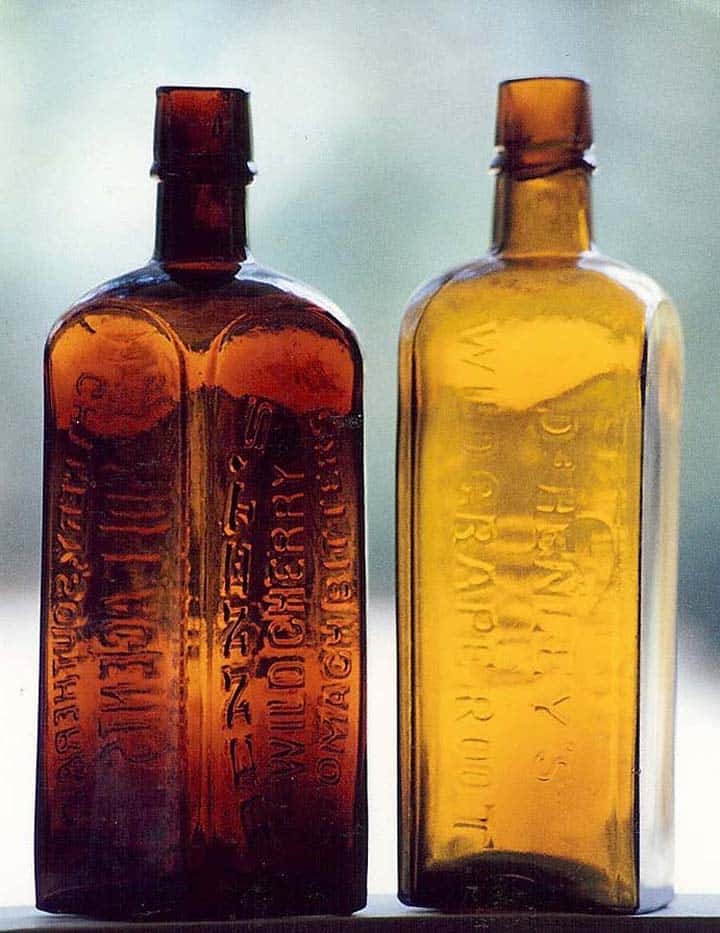 B 74 [Warren Friedrich from a previous Western Bitters News post] I noticed over on the Western Glob Top Whiskies blogsite they had been posting several examples showing the various hues of amber those cylinders come in. I thought our followers on this blogsite might enjoy seeing some western squares in some contrasting colors. The photograph below shows a orange-amber colored Bennet’s Wild Cherry Stomach Bitters / Chenery, Souther & Co Sole Agents San Francisco, Cal. (I’ve also owned this bottle in an olive-amber coloration as well). Next to it is a Dr. Henley’s Wild Grape Root IXL Bitters in yellow w/slight amber hue. Quite the contrast between these two squares in color.